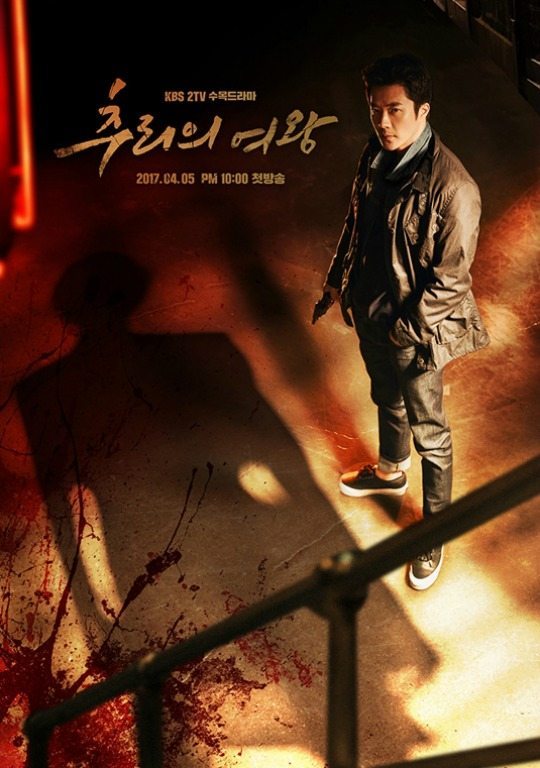 The drama gods have answered our prayers, rejoice! KBS has confirmed that they have greenlighted a second season of detective comedy Mystery Queen, which is due to come on the airwaves next February. It’s actually a lot shorter of a wait than I was expecting, especially since it will have been less than a year from when the first season aired, which ran from this April through May.

Choi Kang-hee and Kwon Sang-woo, who played our titular amateur-sleuth ajumma and her ever-grumpy detective partner, are still in the “positively considering” stage, but it’s hard to think that they’ll turn down their offers to return. What would Mystery Queen be without its two leads and their adorable bickering? (Spin-offs Mrs. Cop 2 and Bad Guys 2 did both return with new casts, but let’s not think about that.) The two actors also expressed their desire to return to the screen as characters Seol-ok and Wan-seung in their post-show interviews, so here’s to hoping they confirm soon!

I’m also waiting to hear that our puppy rookie detective Joon-oh (Lee Won-geun), the heroine’s friend (Kim Hyun-sook), and her beau (Ahn Gil-kang) will be returning to reprise their roles. I grew quite attached to the ragtag Scooby gang that gradually came together throughout the show, and I want all the members back, solving crimes and going up against the baddies. There were a lot of adorable relationships that formed among them, which were largely platonic — for better or worse, depending on who you ask — and I can’t wait to see that developed more fully in the new season. Speaking of, while I do admit the way Mystery Queen ended wasn’t ideal, especially the way the producers went about it (announcing their hopes for a second season after their cliffhanger finale aired), I think the last episode of the first season laid a lot of very promising groundwork for the new one to cover. In general, the show’s format and content lends itself well to multiple seasons with its procedural elements, but in addition, we’ll get to dig deeper into the main mystery connecting our two leads. We never got the answer to what Wan-seung’s first love had to do with Seol-ok’s parents’ suicide/murder, and the suspects they caught in the first season were more peripheral to the crimes.

However, the mystery in Mystery Queen aside, I’m most excited to see where our main characters will go from where we last saw them. Will Seol-ok pass her exam and become a rookie detective? Oh man, I’m already giggling at the thought of her possibly becoming Wan-seung and Joon-oh’s hoobae, since I know her attitude and behavior will likely be vastly different depending on which sunbae she’s talking to, which should make for some hilarious pettiness. I also wonder what will happen to her marriage now that she’s on her own, which is an arc that I hope will wrap up early on, so Seol-ok can be free to enter into a relationship with someone who is deserving of her. Hmm, will it be the puppy, or Grumpy McGrumperson?

Script work for Mystery Queen 2 is still ongoing, which is the primary reason Choi Kang-hee and Kwon Sang-woo’s agencies are citing for holding off on confirming their returns. We’ll likely hear more in the next couple of months as production gears up for the February 2018 airdate. For now, I’m just going to preemptively throw some confetti that we’re going to get some closure to Seol-ok and Wan-seung’s story, yay! Rejoice!!?
I adore this series and was somehow disappointed with the ending. I am so happy that i can once again watch grumpy and ahjumma detectives once again. They need to be together!??

Yaaaaaah
Literally screamed when I read the title of this post

Yey! I really liked the first season; thank goodness we are gonna have a second season! I hope the characters will be the same though.

Yay! I enjoyed this show and hope all of the main characters return. Still a lot of story left to tell.

They had so much good material it's great to see this back. While I normally prefer the focused short seasons, with this being a "procedural" mystery show primarily with the linking storyline going through, a US type multi season approach may work better. Two, maybe three seasons and then end on a high note without overdoing it.

Yes! I think this one will work for a season 2. I'm so excited!

I didn't catch season 1 since I was watching other shows, but it's always nice to hear how the success of the production led to a season 2. ^^

Thanks for being happy for us Mystery Queen fans. ♥

I'm the happiest person on earth right now! The finale of the first season left us with more questions than in any other episode...