Minah up for leading role in fallen angel rom-com 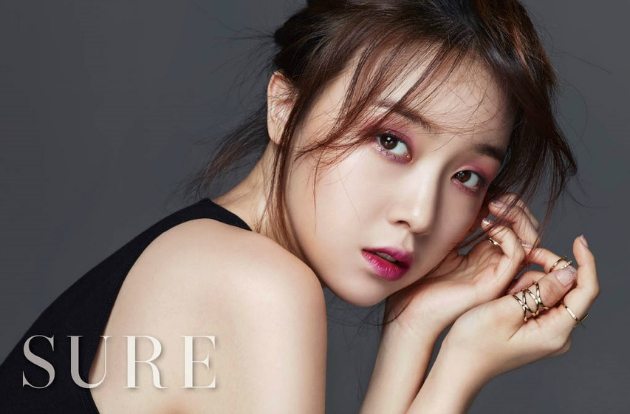 There’s a new drama in the works, tentatively titled Goodbye Angel, and Girl’s Day idol Minah (Beautiful Gong Shim) has already been tapped to be its leading lady. The premise sounds light, fun, and slightly wacky—it’s a romantic comedy about a fallen angel and a party planner who meet and eventually fall for each other.

Minah is up to play the fallen angel, who is banished from heaven for mishandling her responsibilities. She sounds like a naive character, who has nothing but love to give and gives it freely. Even though she gets taken advantage of by humans, she’ll fall in love with one of them. And of course, our hero is the cynical type at the opposite end of that spectrum, who doesn’t believe in love at all. This plot sounds almost identical to High School: Love On, which… isn’t the greatest comparison, but I do hope that the characters being adults rather than students helps differentiate the two shows.

I didn’t watch Beautiful Gong Shim consistently, but I did find Minah charming, so I’m hoping that if she confirms this show, she can inject some energy into what sounds like an otherwise guileless character. Hopefully, this fallen angel will have some quirky traits to her, like Kim Sae-ron’s character’s drama obsession in High School: Love On, because it looked like Minah could do quirky quite well in Beautiful Gong Shim, when not out-quirked by Namgoong Min, of course.

Goodbye Angel is in the middle of negotiations for a timeslot with one of the broadcasters, but it sounds like it’s aiming to premiere sometime later this fall or early winter. Hopefully we get some more information in the coming weeks, since I’ll never say no to a fantasy romance.

gong shim ah!! i loved her in beautiful gong-shim where she was so cute with her wigs and she and ahn dan tae were such a fun couple. i hope she takes the role

Sorry, commented in the wrong place. But I agree with everything you say! ?

This sounds cute and I loved Minah in beautiful Gong-shim, she did really well, I hope she confirms!

Oh yes! Yes for Minah and yes for romcom drama! Now I'm excited to know who'll be the male lead.

Good for Minah, and I hope this drama is good too - she's a decent actress, and earned this one by showing her chops.

(we like idol actors when they're good at acting!)

Sounds like a female centric drama, which is impressive for an idol-turned-actor, plus she's very young too.

Hmm this also sounds a little similar to that upcoming tvN drama with Yoon Hyun Min, though I'm guessing this will be a lot sillier and light.

I loved Minah in Beautiful Gong Shim, even if I didn't necessarily like how that drama ended. Crossing my fingers for this one!

The premise sounds so cute and this character suits with her. I think the only romcom fantasy about angel that I watched / finished was The Secret Angel, it is just this kind of fantasy + romcom not really within my taste. But, I may check this one when it's out later and hopefully she will get a good co-star.

If they are looking for rising star for male lead, I nominate Dong Ha to become his male lead. This guy is so talented and versatile that he deserves some spotlight too. He surely can do romcom well, I can guarantee it.

Pleaseeee. I need a role for this guy that allows me to love him freely without feeling conflicted about it. It's time for him to rise!

He has debuted for quite sometimes, so it's time to rise. You will love him in Chief Kim and Beautiful Mind! I have watched him in some drama, but these drama are the most recent ones aside Suspicious Partner.

Ohhh, Dongha as tsundere lead! OMG i hoped this happens.

I think Yoon Hyun Min (heartless city, tunnel) is been considered to be the male lead/

YHM will do Fall From The Sky, also another angel drama ? Suddenly there are many angel drama this year lol.

At the first time I also thought Fall From The Sky changed its name.

Minah was wonderful in Beautiful Gong Shim. I look forward to watching her again. Problem with the show was the script and directing. It started to drag, and they had to stop their silly interactions way before they did, and maybe make it shorter.
Kim Sae-Ron was fantastic in High School Love On. I hope they get a good scriptwriter for this drama.

This sounds a lot like Bollywood movie Thoda Pyaar Thoda Magic, except Rani's character wasn't banished from heaven. But the naive angel and cynical male lead fits to a T. I adore Minah, I enjoyed her in Beautiful Gong-shim and she has really good comic timing. Also, I cannot get over the fact that someone said she looked like G-dragon in a wig every time she wore that wig in Beautiful Gong-shim.

Yay, I was just thinking when I'd see Minah again on screen... I hope this is a good project. I get the impression that she could expand her types of roles and that directors are holding her back (like why not get her to investigate with An Dan Tae rather than be sidelined in the second half of Beautiful Gong Shim?) Of course, there is nothing wrong with building on her strengths, and she made wacky and whimsy look effortless in Beautiful Gong Shim. One of my favorite idol turned actresses.

I haven't seen Gong-shim yet but I do like Minah as a person. She and Hyeri are really adorable in Girl's Day. And I do love me some fantasy romcom! I liked the premise of High School Love-on and I think it would benefit with an adult cast so count me in!

This is the closest to a Oh My Goddess! K-drama adaptation I was hoping for.

woah this sounds interesting! out of idol actresses shes one of my fav so i'm excited to see her performance again.
she's sure the perfect fit to play an angel!

I loved Minah in Beautiful Gong Shim! She was adorable there. And she's actually pretty good as an idol actress. I hope she accepts!

Yes!! I've been waiting to see what she shows up in next! Looking forward to this!

I loved her in Gong Shim! Still remember how addicting the first few episodes were. And it was a lot to do with how quirky and awesome Minah managed to portray Gong Shim.

Hope she takes the role and has a great male lead to go with her- I need a great addicting rom com to look forward to!

I was just wondering days ago where Minah was. They're casting idols left and right, but no offers to her when she was good in Gong Shim, so I'm definitely excited about this. I'll be looking forward to it if she takes it.

The story sounds so cute ? Hope it airs soon.

I enjoyed her character/acting in BGS (even though I was frustrated beyond belief with the show itself by the end!), and am happy to hear about an upcoming romcom with her starring. :) I sure hope they give her better writing this time because she was super cute to watch.

Minah was adorable in Beautiful Gong Shim. Hopefully she takes it.

Minah certainly was a pleasant surprise in Beautiful Gong-shim.

Hopefully, she'll once again give this character her own twist and surprise us once again.

"She sounds like a naive character, who has nothing but love to give and gives it freely. Even though she gets taken advantage of by humans, she’ll fall in love with one of them. "