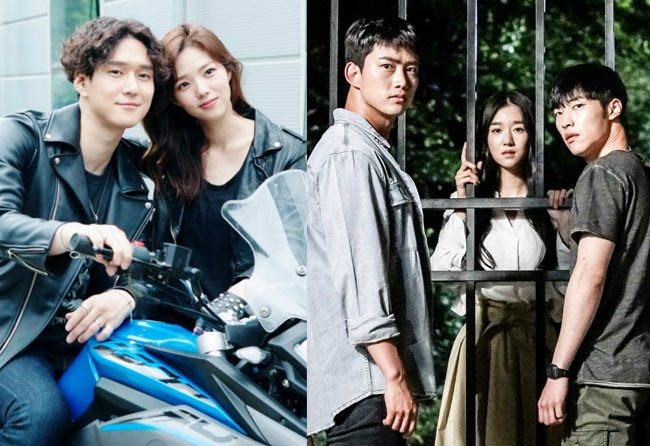 Maybe you’re in the mood for a light summery comedy, in which case there’s a new offering making its way toward you next weekend. Or maybe you subscribe to the Korean tradition of gravitating toward scary stories during the summertime, so the chills can cool you off in the heat. Or maybe you’re like me, and you’re just going to take everything and laugh, cry, and cower at the same time. All in a day’s work! 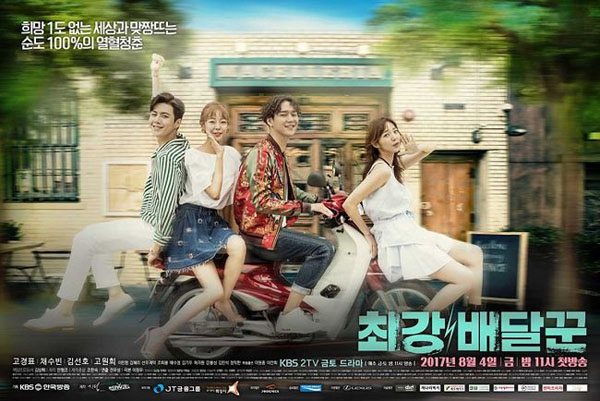 Reasons to watch: I’m still not entirely sure what the plot will be, but all the teasers have been hilarious in the way the characters treat food delivery with the utmost importance, like they’re in a spy-action thriller when really they’re in a cheery rom-com. Go Kyung-pyo is finally getting top billing on a project after putting in several strong second-lead performances (Chicago Typewriter, Jealousy Incarnate, Answer Me 1988), while Chae Soo-bin (Rebel: Thief Who Stole the People) looks like she’s going to be bright and adorable in this.

I don’t have particular feelings about the production team, but I do like KBS programming bright comedies in this timeslot (following The Best Hit, which wrapped last weekend). For reference, PD Jeon Woo-sung directed body-swapper Oohlala Spouses and makjang daily Heaven’s Promise, while writer Lee Jung-woo is stepping outside of his wheelhouse a bit after working on historicals Joseon Gunman and Comrades. Mostly, I’m watching this one for the comedy and the leads. 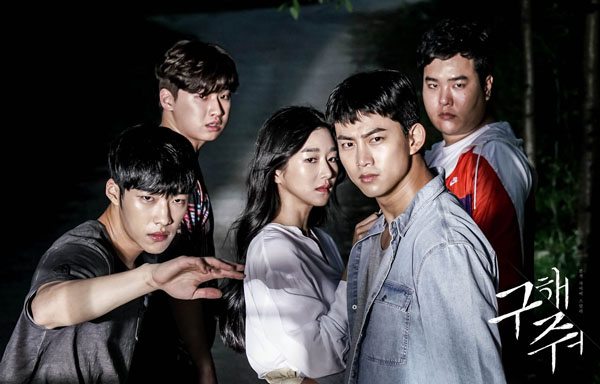 Reasons to watch: Okay, now this looks exciting. The teasers have been so creepy in the best way, and I have a feeling this show will be eerie, suspenseful, and chilling. I’m a wimp when it comes to straight horror or gore, but as this show deals with religious cults, it’s a different kind of terror we’re dealing with. Cults are a new topic for dramaland, and feel fresh and interesting, and a little provocative.

Moreover, I feel like this time Taecyeon (Bring It On, Ghost) is perfectly cast for this role—a hotheaded country bumpkin who sees someone in need and is compelled into action—and while I don’t feel a particular pull with Seo Ye-ji (Hwarang, Last), she also seems well-suited for this role of a young woman whose family gets caught up in the cult, and being the only one who seems to sense its bad juju. This is director Kim Sung-soo’s first drama series, but he’s got several films under his belt (mystery-thriller Genome Hazard, action-noir Running Wild) so let’s hope that translates to the small screen.

The leads of Strongest Deliveryman have been great supporting casts in previous dramas so i hope they do well. Fighting!

I'm going to watch both of them but Rescue Me's creepy vibe is more appealing imo.

I'm totally excited for both of these, but especially Go Kyung Pyo finally leading. Fighting!

Finally!! I've been waiting months for both of these!!

I'm gonna try for an ep of rescue me, but I'm a big chicken, so I feel like I can't watch it on my own. As for strongest delivery man, I'm so flippen excited for go kyung pyo finally getting a leading man role, and I extreme dig his fluffy puppy hair.

Can't wait for both of these dramas! I need my weekend dramas back ever since TBH and Duel finished. I'm so excited for this weekend!

Since 7 day queen is ending, there is space for one more drama. I will go for the Strongest deliveryman.

I'm not sure which one I should watch, but I guess I'll go for Strongest Deliveryman first for a light watch. I still have Duel to marathon.

It just crossed my mind that what if both leads in these two drama swapped their places. lol.

so ready to be freaked out by rescue me! crossing my fingers that it will be good.

I'm gonna watch for Strongest Deliveryman for the leads and the comedy too. The teasers have been hilarious! Eee, the writer wrote Joseon Gunman? That drama was mediocre. Hope he does a better job with rom-coms.

I'm going to watch only Strongest Deliveryman : it fits my drama schedule for the week-end with The Best Hit which ended last week and Forest of Secret which has just ended ?.
"I’m still not entirely sure what the plot will be" ? for the beginning I'll just dive into the comedy relief then I hope the plot won't disappoint me like The Best Hit.
I'm already putting my weak heart through some stress with crime scenes in Criminal Minds to watch Lee Jun-Ki, so Rescue me sorry . maybe after its ends and other beanies reviews I'll add it to my "to watch" list.

Will be watching both once they are wrapped up.
Looking forward to both.

Yes! Will be watching BOTH of these! ???? Omg, next weekend!? Can't wait! I'm ready to see the cuteness that is Go Kyung-pyo + Chae Soo-bin and ready to see Seo Ye-ji again w/ these county boys, plus a couple new faces! I can feel myself getting back in the drama game w/ a drama for every day of the week again! Aww~ yeah!

My God. How am I going to fit another two shows into my schedule??!! I'm already behind, and I want to watch both of these! T_T

Joining all the well wishers for Go Kyung Pyo as lead. :-)
Let's see some ramyun delivery in ninja style ?

Oh nooooo! D: Already??? I've been looking forward to both of these for months, but I'm so behind on everything else!

Been excited for both shows as OCN very rare disappoints but i guess i'm a bit more eager for Strongest Deliveryman mainly because of the cast...At last we have Go Kyung Pyo as a leading man so i really hope the story will be good...

I'm quite excited to watch Rescue Me though. OCN and I don't quite match but I always try to approach their dramas. This one sounds really appealing so I will surely check it out. Taecyeon's interview with Dave on yt was really funny so it heightened my interest of the show too. Hehe