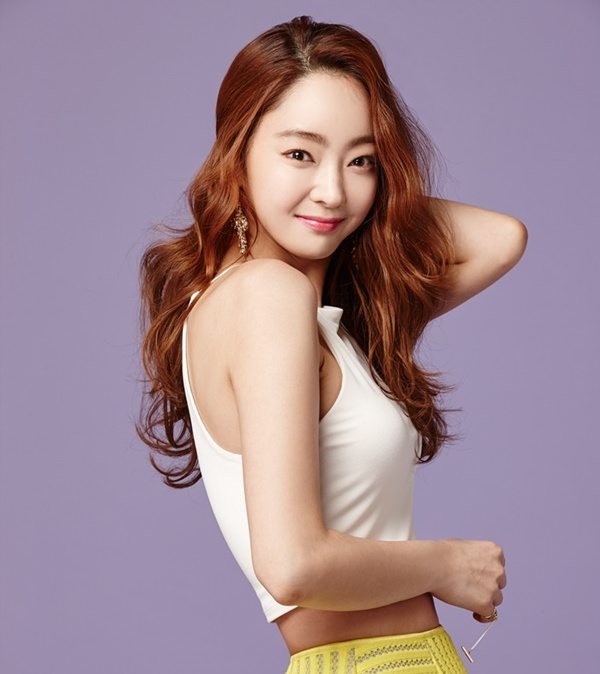 MBC has a new weekend family drama coming up soon called Man Who Sets the Table, and the latest addition is Seo Hyo-rim (Beautiful Gong Shim), who has been confirmed to join the cast headlined by SNSD’s Sooyung (Police Unit 38). The drama is about a middle-aged man whose life is completely upended when his wife suddenly announces that she wants a separation (which they call “graduation from marriage”).

Dad then makes it his mission to regain his peaceful happiness and keep his family together. Seo Hyo-rim’s character is a bubbly, childish housewife, who is so sweet and naive that she can’t be disliked. Her self-confidence is sky-high because ever since she was young, she’s always been complimented for her adorable looks. However, through marriage, she’ll learn to mature and grow as a person. It doesn’t sound like she’ll be the wife who leaves her husband because her character description sounds more like a newlywed than a worn-out jaded housewife, so she’ll probably be one of the kids.

This’ll actually be a reunion project for her and Ohn Joo-wan who has also been confirmed for the drama in a leading role opposite Sooyoung. They worked together as the second leads in Beautiful Gong Shim last year.

Saturday-Sunday drama Man Who Sets the Table is set to premiere on September 2, after You’re Too Much ends.

For some baseless reason, I have a soft spot for this actress, so I am glad she will be paying a likable character!

Same here! I've only ever seen her play backstabbing bitchy second (or third) leads, but I've always thought the actress had an endearing look and wondered what she'd be like playing a positive character. Unfortunately family weekend dramas aren't generally my thing, but maybe this means she will be getting more roles of this kind now!

Like @verzaholicbee, I just really like her for no major reason, so I hope this does well.

i've also always had my eyes on this actress although i don't think she's done much work that make her stand out...I see the potential in her and i hope she finds THE role soon and i'm glad she wasn't typecast as the mean girl this time around as she usually is.

Auw I love her too. She just have that loveable vibe, even when she played a meanie. I hope they will cast someone fun as her husband (good looking is a bonus!)

I've only seen her in 3 dramas and she's always been the meanie/annoying character. While she does do well playing these types of characters, perhaps a little change to nice would be refreshing to see. ..... The character description for this drama does in fact sound like this may happen. Sounds great!

I hope to see her lead one day, I truly love her.