Signal, Misaeng PD in talks to team up with Oh Hae-young writer 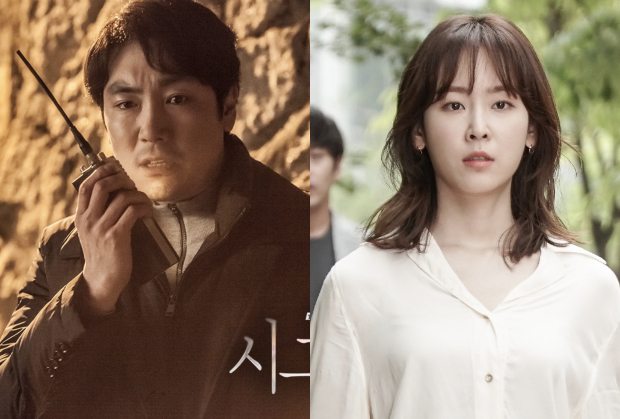 This’ll be one hell of a combination if it comes to pass: Star PD Kim Won-seok of Signal, Misaeng, Monstar, and Sungkyunkwan Scandal is currently in talks to helm the next drama from writer Park Hae-young, who penned last year’s hit rom-com Oh Hae-young Again. Separately, their projects were massive hits for tvN, so I can only imagine what they’ll manage to do together.

The series is still in early development, so there isn’t even a title or a measly breadcrumb about the plot to tide us over. I’m very curious to see what writer Park Hae-young will do next, since her previous projects were long-running series I Live in Cheongdam-dong and Old Miss Diaries, and Oh Hae-young Again was her big star-making turn. I’m hoping for another fantasy romance from her, even though I’d technically call Oh Hae-young 90 percent realism and 10 percent fantasy. Really though, I wouldn’t care what it was about as long as we got another flawed, relatable heroine like Oh Hae-young.

Park Hae-young’s new drama is tentatively being planned for a 2018 broadcast on tvN, so the question seems to be whether or not PD Kim Won-seok will sign on to direct. I really hope he does, because this is one collaboration I would love to see. He’s the kind of director who’s good no matter what genre he tackles, from thrillers to fusion sageuks to youth music dramas, and he seems to enjoy changing it up with every new project. All I know is, if he signs on, even if it’s a rom-com it’ll somehow turn me into a nail-biting drama-watching zombie.

Can I wish for them to cast Lee Seung Gi? He'll be out of the army in 3 months and a half, and man how I miss him in a drama!

I'll pray for this. ?? He doesn't have drama with cable channel yet and with these two people behind the drama, he'll have a successful drama comeback. I miss him on my screen. Hopefully, he'll be back in a drama soon.

Yes, yes, yes and oh yes! I would pray and fast for this, only to make your wish come true. Can we make petition for this?

Oh wow now that you mention it, time has gone by so fast. He's gonna be out and back on screen very soon, definitely will need a good project.

I second this statement!

I hope they'll work together. I'm looking forward for more details on this project! ?

Heh, I didn't know the writer's own name is Hae-Young!

I even didn't notice until you point it out. LOL ?

I'm hoping for my underrated bias will be cast in this... Maybe he can get out from the second lead dungeon. *cries*

Oh... Me too :( My bias is in the bottom of the sea...everytime there's a news about this and that good writer/PD, always think for my bias to be in it. Sadly.... My wish never happen ?? other big names will come & ruin my dream ??

No plot, no genre, not even a PD confirmed.... already fancasting.

This is the best news! I really hope Kim Won-seok signs up. Keeping all my fingers and toes crossed that it happens. Would it be me pushing my luck to pray as well that they snag Lee Seung Gi as the male lead and Kim Seul Gi as the female lead? I'm willing to pray to all the gods that exist to make it a reality!

Misaeng and Oh Hae Young Again are two of my fav Kdramas so I am super excited! Is it even possible to have the teams which have created such wonderful dramas in the past collaborate in a new project. If this collaboration is confirmed, my expectations are gonna be so high they might not be able to be fulfilled. Such a news.. oh such a news!

I'm now searching for the names of the writers and the director of Forest of Secret as it's my new favorite drama. I think TVN really rocks.

Agree! As soon as FoSends, I'm going to have my own personal film fest and feature everything Jo Seung Woo!

Me too! In fact I actually started! I watched 'Inside Men' and had to stop because Lee Byung hun was going to hit somebody so I dreaded seeing it more. Switched to youtube hearing JSW singing instead *peaceee*

I loved Jo Seung Woo in God's Gift:14 Days. The ending is super duper disappointing and will make you scream in frustration BUT everything until then is awesome! It's a thriller too :)

Also loved him in Horse Doctor!

I am reluctant to watch God's Gift 14 days as I haven't been able to warm up to Lee Bo Young's acting. But I think it's possible and likely for me to watch Horse Doctor. There are so many episodes I want to scream, but because of JSW, I might just be able to endure it till the end.

Oh ok. LBY is awesome in that drama but I like her; so I may be biased. I hope you like Horse Doctor. It's a happy drama with not much at stake. But I loved all the medical stuff and seeing JSW's character slowly reclaiming his lost position in society.

I love this PD work but not that excited about the writer since I didn't like OHY, i dropped it in the middle but forced myself to watch the last episode with F/F most of it.

My brain kept showing Park Haeyoung Liutenant's face in my head everytime I read the name Park Haeyoung in the article ^^" I needed to read it twice to fully understand. Anyway this is big good news it made my day :)

Hint: He will enlist within this or next year..
T.T
(Well gotta cheer to the next actor in my second lead underrated bias list)

Sorry..I mean to reply to @bubbles

Talk about a perfect combo! ?

Sooo excited to see what they'll produce! Misaeng, Signal and Oh Hae Young are in my all-time fave list! Wahhh, the possibilities of greatness! ? ?

Gosh, that headline with all hit dramas that I remember fondly (eventhough Oh Hae Young is a painful drama which I surprisingly miss and remember warmly). This better be good, because my expectation is skyrocketing.

This is hilarious and wonderful on so many levels meta-wise.

Both protagonists of each drama AND the writer are all named Hae Young? And she's a Park Hae Young on top of that!

This reminds me of that fanvideo that made the rounds last year, where someone mashed up Signal and Oh Hae Young and made it into a thriller romance.

Either way, these are two of my favorite projects, so I hope pairing the PD and writer will result in something amazing again.

I just went "oh my god" out loud

Omg this combo will be one not to miss!

I'm so excited for this!! Just looking at that picture of Hae-Young (Seo Hyun Jin) makes me happy. : )

I have loved every single one f this PD's shows and OHY was a personal Fav from last year. Fingers crossed this happens:)

I clicked so fast thinking it was Seo Hyun Jin's casting news. Sigh, this is still an exciting news though.

I can't wait to hear what they've got planned. I loved Signal AND Oh Hae Young Again. (Working on getting Misaeng watched...slowly), so I'm sure whatever is is will be great, especially if it's going to air on TVN

Yes, this drama really was made, and was raved over by gazillions of Beanies: MY AJUSSHI. ;-)