Also known as Hello, My Twenties! this drama's second season picks up one year after the original Age of Youth. With reprised and new roles, the story continues to follow the group of girlfriends living in the same boarding house as they chase love and try to find their way in life.

Also known as Hello, My Twenties! this drama's second season picks up one year after the original Age of Youth. With reprised and new roles, the story continues to follow the group of girlfriends living in the same boarding house as they chase love and try to find their way in life. 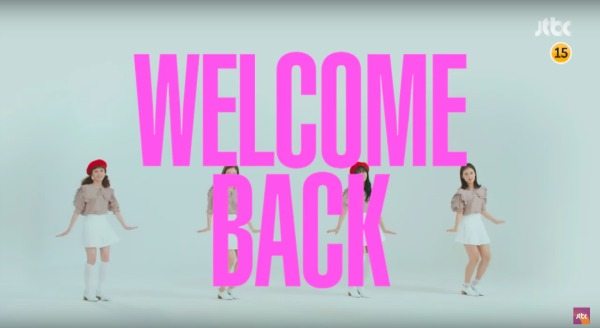 This is too adorable. There’s another teaser out for the upcoming second season of JTBC’s Age of Youth, and we get to see all of the housemates of Belle Epoque with their potential suitors in the cutest musical number.

Each of the girls gets their moment in the spotlight: First, there’s Jin-myung, played by Han Ye-ri, called the “woman of steel” but sporting a refreshingly bright smile. It’s so nice to see her looking carefree, and even giving a hair flip, since she had a pretty heavy storyline in the first season. Then there’s Park Eun-bin as Ji-won, cheery and lively as ever, followed by Han Seung-yeon returning as Ye-eun. I’m interested to see just how changed Ye-eun will be, seeing as how we left her in the first season as she was beginning to feel the aftereffects of her crazy boyfriend kidnapping her.

I’m also trying to gauge how I’ll react to the “new Eun-jae,” played by Ji-woo, but this teaser is making me optimistic that I’ll warm up to her. The housemates get their moves on as we see the show’s title and a big “Welcome back.” I echo that sentiment. The boys shimmy their way into the frame with the words “Season 2.” The three new male faces, Ahn Woo-yeon (Circle), Kim Min-seok (Defendant), and Onew (Descended From the Sun), introduce our new Belle Epoque resident Choi Ara, who will play the mysterious Jo-eun, known for being the tall girl.

I’m kind of loving the brief shots of each couple, since it gives us a tiny glimpse of what the dynamics will look like in the actual show. Like Ahn Woo-yeon being super cheerful and Han Ye-ri looking slightly overwhelmed by him, or Ji-woo and Shin Hyun-soo (Ruler—Master of the Mask) being grumpy at each other. The new housemate Jo-eun gets a love interest in Kim Min-seok, and Han Seung-yeon will be romanced by Onew, who I hope is not insane. I’m not sure she could take any more of the crazy.

All in all, it’s a pretty great lineup for the coming-of-age series Age of Youth 2, and I can’t wait for it to start next month on August 25, after Woman of Dignity. 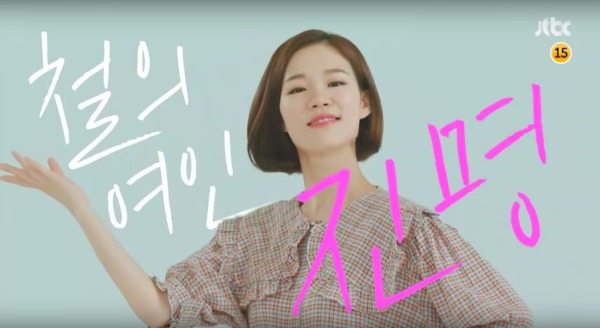 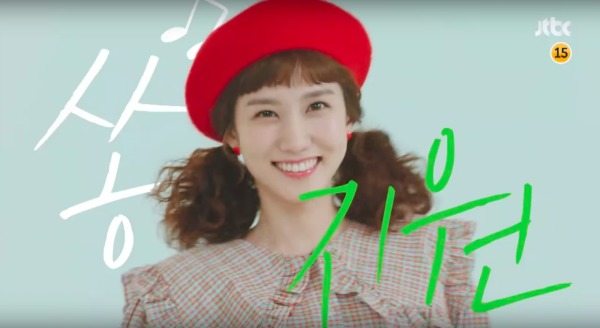 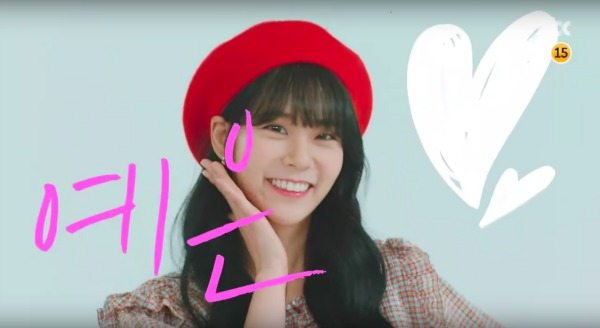 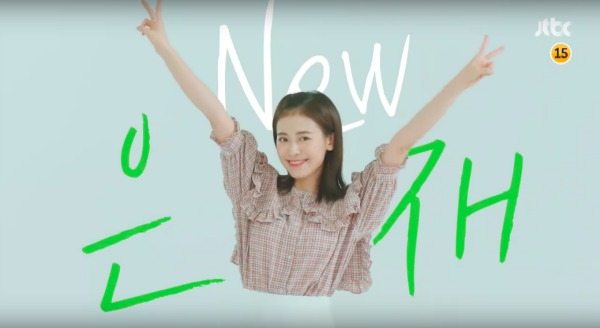 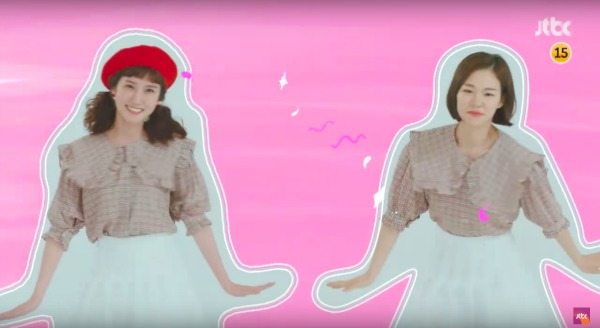 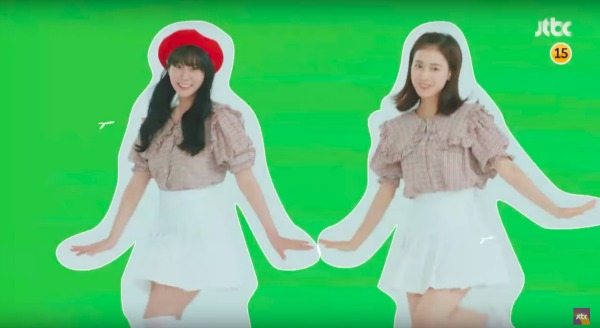 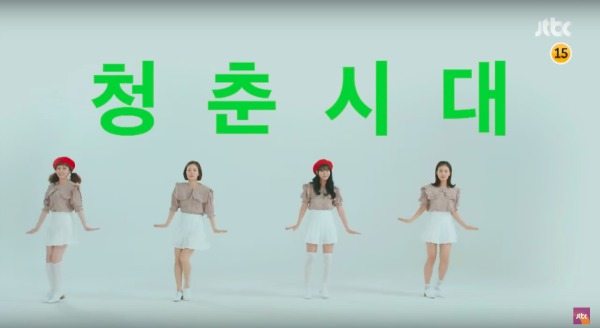 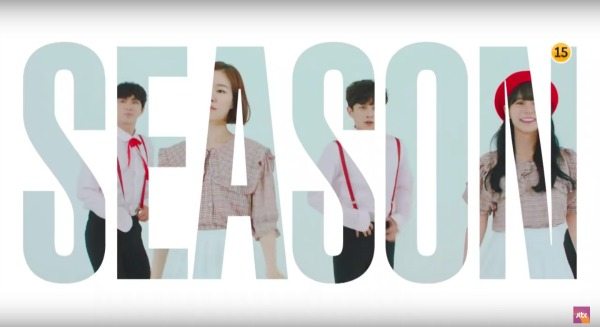 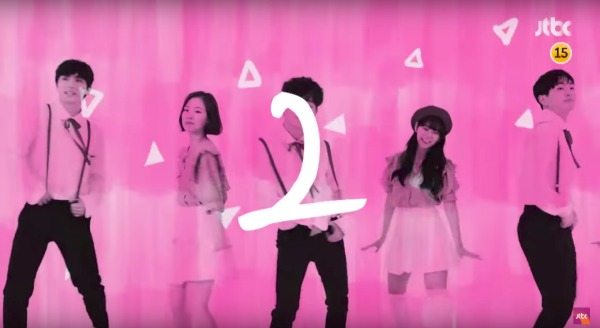 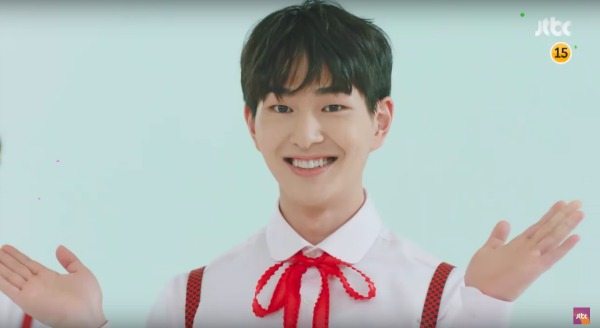 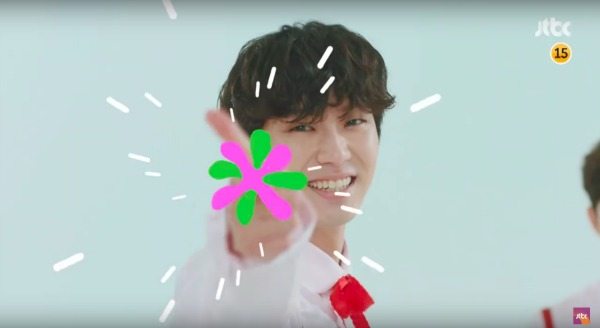 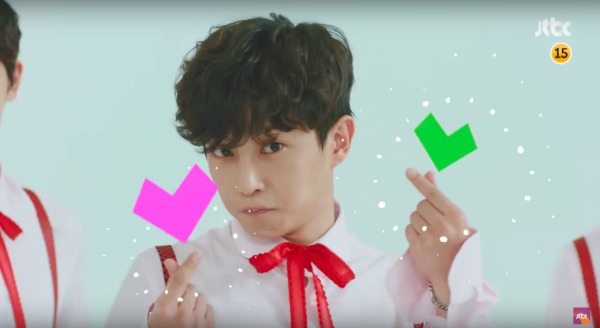 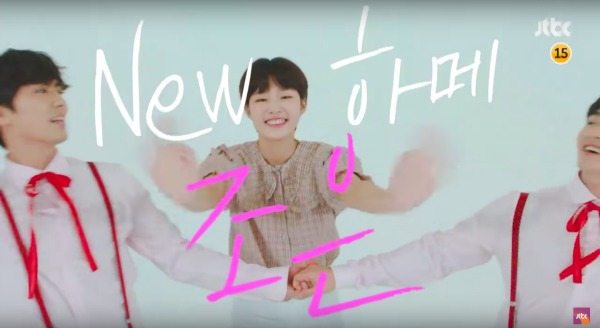 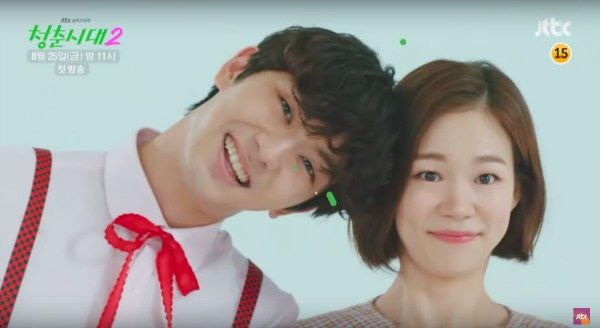 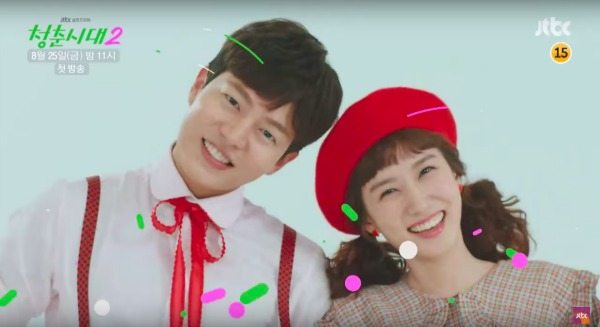 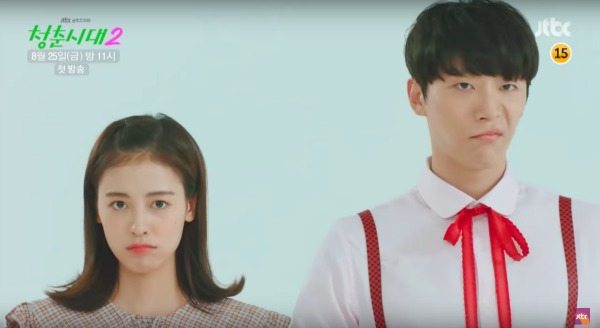 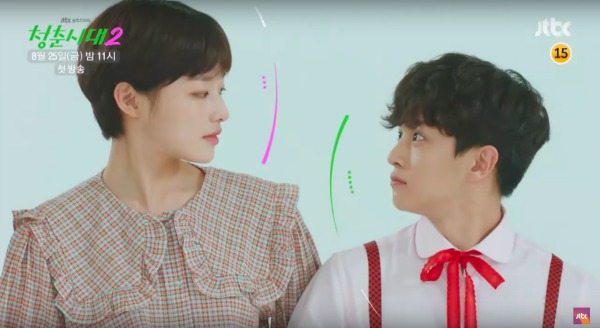 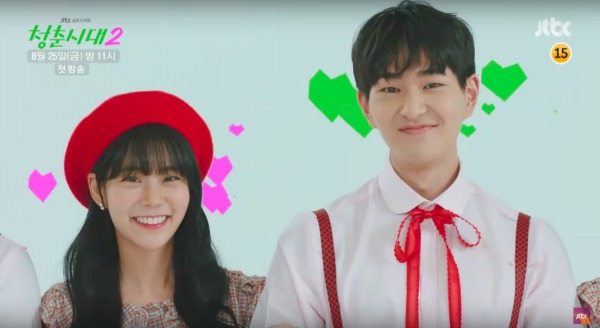 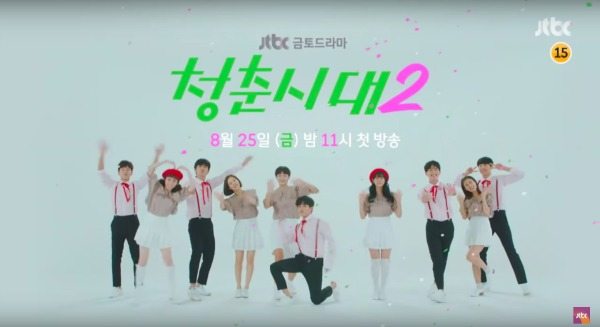 Counting down the days until this starts now! Trying to hold off a rewatch of season one for a week or so more...but these teasers are making it hard.

So Eun-jae's sunbae is still the same sunbae or is it another sunabe? he looks cutest.
I'm ready for this but I'll miss Kang unni

This. Is. Too. Cute. Gosh, seeing Jin Myung happy makes me so happy her smile is just it for me. I want all the best things for this young woman. The teaser really suits the overall all feeling of the show. Very youthful, and optimistic and it just makes you feel good. That same feeling I got from watching the first season. I'm so in love with this series and I sincerely hope the new cast add-ons will be able to tap into that tone and feeling that made the first season so loveable.

I'm super excited for Ahn Woo Yeon and Han Ye Ri together! These two is going to be super cute I can tell!

Yes! I love Ahn Woo Yeon after Circle and seeing him being partnered with Jin Myung who was my fave character last season makes me super excited ^^

This is sooo cute, I'm most excited of Han Ye Ri but also to see Onew again.

This is so cute. I'm really glad Shin Hyun-soo is back. He was my favorite thing in Ruler, and I hope to see him in more roles.

This looks super cute. Kim Min Seok + partner have me thinking about the days where I was super into Lovely Complex (anyone remember this manga??).

I'll still have to get used to new Eun Jae though.

I loved lovely complex! I'm hoping they milk the height difference jokes for all they're worth

Oh the manga was a gold comedy. But, i think the main female's character will be more serious than Risa from Lovely Complex (since she was supposed to be a mysterious new roomate). But, i believe Kim Min Suk could make their interaction cute (since i didn't know about the girl - Choi A Ra)

Yeah, Ji Woo (the new Eun Jae) would inevitably be compared to Hye Soo (the old Eun Jae) since she was soooo cute and her chemistry with the sunbae is sooooo refreshingly cute and adorable.

And one more, i might miss my Yoon park as Chef to romance Ye Ri, because their chemistry is so solid (My chest hurt whenever i saw the scene where Ye Ri cry after being accuseed as thief and then he hugged her). But, An Woo-Yeon is cute too so he might bring happiness to her.

At the end, the only couple left with original pairing is Eun Bin-Seung Won XD. I love their dorky relationship XD

I'll miss Yoon Park's face too. But honestly, it's realistic for that loveline to have ended with how things ended season 1 and with Jin Myung going abroad and moving forward with her career.

Ji Woo and her sunbae, i need a really good love story about them.

They better deliver on the height difference gags with new roommate. I want ALLLLL of them.

I think that's where they send all the tall roommates... TO THE SMALLEST ROOM! THAT WILL TEACH YOU TO HAVE GENETICS! MWUAHAHA

This teaser had me squealing and my roommate shaking her head in perfect understanding of what might've gotten me so worked up! I already ship Choi Ara and Minseok's character! Oh the height difference hijinks!

my beautiful girls are back!!! i'm super excited and hyped about this!!

I must say that I think this is the first time I've seen the girl be taller than the guy in a kdrama! Gosh, it looks very adorable

Ah, it's strange because eun jae is not played by park hye soo and the male lead is changed.

I am sorry for asking- but can someone tell me if Unni the serious one- has the same boyfriend? All the actor's name doesn't even ring a bell for me. I watched the last few episodes of season 1. Didn't she have someone before she went on a trip?

Yeah her partner is new. Last season it was Yoon Park but they must have grown distant while she was away or something- hopefully they'll tell us what happened in season 2!

Aww I really can't wait for this season two, I hope it's as good as season one, or even better. I feel so sad because there will be no "old Eun Jae" and Jong Yeol sunbae :( but my excitement too see the new roommates and new male casts is bigger. Can't wait for Ji Won and Seung Min, I am so curious to see how Seung Min will realize his feeling for her xD

HAN.YE.RI. August is finally (almost) here!!
Interesting the new roommate is wearing pants while all the other girls are wearing skirts.

So excited for this now!
At first I was so bummed about the cast changes..
But this teaser is super adorbs! And I'm really looking forward to it!!

One of my fave teasers ever! ♥

Can't wait for the girls to come back! Plus seeing them with their partners is making me squeeeee so much!