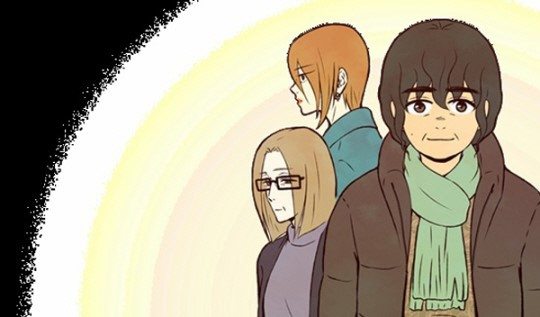 It looks like tvN might be lining up another webtoon adaptation in its drama schedule with Buam-dong Revenge Social Club. The drama’s production is still in its early stages, but the plot which features three women from different walks of life coming together for revenge sounds really promising, so I hope we hear more about its progress soon.

The webtoon tells the story of three women: a fish store ajumma who envisioned a better life for herself, a housewife who grew up an orphan, and a chaebol’s daughter who was raised like a delicate greenhouse flower. They’re an unlikely trio who would never otherwise meet, but they join forces to carry out their individual revenges. Although they start out as co-conspirators, along the way they’ll build a strong friendship.

I just love that there seems to be more and more female-centric dramas around lately, and especially ones that feature strong women with equally strong friendships. Couple that with a revenge story, and I’m sold. Up to direct is PD Kwon Seok-jang, whose credits include Ex-Girlfriend Club, which itself had an unexpected friendship between one man’s many ex-girlfriends. The show itself was kind of forgettable, but I did find the interactions between the ex-girlfriends hilarious, and it was one of the show’s bright spots. I know that this new webtoon adaptation won’t be a comedy, but hopefully we get heartwarming bonding moments in between all of the revenge.

Negotiations are currently underway at tvN regarding Buam-dong Revenge Social Club, so there’s no word yet on when it’ll air.

I love webtoon adaptations , fingers crossed it will be a good show.

The story seems interesting, I'll check it out :)

Why don't they throw in a prosecutor, an ex-cop on the run, a genius hacker, a priest, and an agoraphobe and call it the second season?

Yes, they better bring back the prosecutor to the Social Club. They better.

Maybe the fish store owner is actually YuNa's Grandma? She decided to change occupations. And the revenge they're getting is from the psychotic prosecutor family screwing up their lives? They'll be working in the background while our favorite misfits take care of all the action stuff. And then when their trail gets cold, someone unexpectedly shows up (from the dead) and helps point them in the right direction - maybe still having some grievances against them - while trying to hide the fact that he is still alive from the rest of the team. And eventually, the trio of ladies will run across our Misfits, and DoHan and SuJi will reunite, and together the whole lot of them will take down the entire family for the final time.
Oh, and a happily ever after

WHERE NO ONE DIES.

I think I might have gotten a bit sidetracked...

❤️ You have won first prize of my writing contest.

You took the words right out of my mouth. I'm still mourning our favourite morally ambiguous prosecutor

Tvn? Webtoon adaption?
Ok, who's the second lead. Also does anyone know who's getting cast for the piano? :P

Sorry, but these jokes are too good to pass up ;)

I wish they'd make an adaptation for My Beautiful World or Pinocchio. Maru is a storytelling genius, so I just know they'd be good.

YESSSSSSS!!! I love all these dramas which feature strong women

I never knew I needed a girlfriends' revenge drama before hearing this. Now Imma try to read the webtoon.

My interest is piqued.

Each character is super different from each other. The story sounds good. Would love to see more strong female characters too.

The story is a bit alike Sister Is Alive.
Maybe after sucess of Woman of Dignity, tvN want to try makjang again.
Can you translate new SBS Plus drama too? It's a time-slip drama.

Ooh, sounds intersting. Might go and check out the webtoon...

Just reading about three strong women as the key characters was enough to pique my interest. Looking forward.

A drama that puts the women in the forefront?And revenge at that? I'm already in.

Ooh it's finally happening! ?
I read the webtoon on Daum and it was interesting since the main cast was mainly middle-aged women who generally just wanted to live happily without others' bullying. Plus, the plot dealt with very Korean society subjects such as family life, the life and workings of the elite and corruption within politics. Finally, there was no major powers like excessive high technology and people in the law that aided their revenge and we got to see the different sides of the characters as the story progressed and their development.
Overall, the central protagonist, the fish monger, wants to get back at her son's bully, the chaebol wife does not want to accept her husband's love child into their household and the third woman does not want her husband to get elected as the Minister of Education.
I found the chaebol wife Jung-hye amusing the most since her presence already speaks power for she has a lot of influence and connections, yet she is fragile at the same time because she lived sheltered to marry another chaebol. So it was so satisfying when she stood up for herself. A lot of readers suggested that Kim Sung-ryung should play Jung-hye.

Thanks for telling us more about the plot. I am most interested in this drama because the main characters are middle-aged women. I want to see their life story and their building friendship. I wonder about the cast now.

Ooooh yes, this sounds great! I also love that the women seem to be varying ages. The ahjumma is probably in her 40s, the housewife I guess could be any age, and I envision the chaebol's daughter to be on the younger side. I'm just happy to see ahjummas getting more drama screen time. :)