Argon delivers hard-hitting journalism with a side of cute 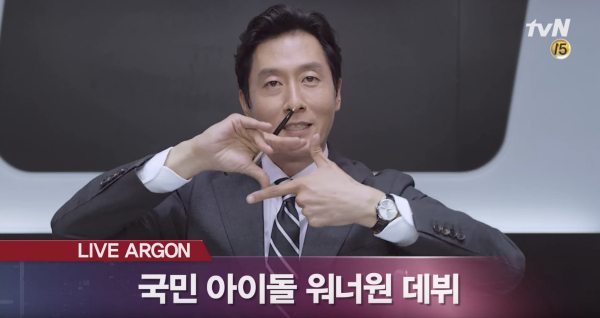 The first teasers for tvN’s new Monday-Tuesday newsroom drama Argon are a bit unexpected, since the series is all about principled investigative journalists who stop at nothing to deliver the truth. In the first teaser, Kim Joo-hyuk (Confidential Assignment) sits at the news desk and says, “News without facts is trash.” As the studio lights come on, he greets the audience with his signature: “We are Argon, and we don’t back off from the truth.”

But then the next two teasers turn cheeky, as Chun Woo-hee (The Wailing) congratulates Produce 101’s new idol group Wanna One on their debut today, and flashes finger hearts at the camera. Kim Joo-hyuk delivers the same exact same breaking news in his teaser, and they both mimic the idol catchphrase “save” (as in, save a picture in your heart): “We ask that you save Argon in your hearts.” He even does the requisite hand gesture, almost with a straight face.

The short 8-episode drama is the newest project from PD Lee Yoon-jung of Cheese in the Trap and Coffee Prince, and tells the story of an investigative broadcast news team called Argon. Kim Joo-hyuk plays Argon’s team leader and the face of his network, an idealist who treats his responsibility to deliver the truth like his life depends on it. While the public only sees him as a trustworthy anchor and a gentleman in a suit, behind the scenes he’s a picky perfectionist who gets called the devil by his staff because he works them into the ground.

Chun Woo-hee plays a reporter who gets transferred to the Argon team with only three months left on her temporary contract. She’s got average specs but boundless energy and passion for the job, and she’s a conspiracy theorist who believes that her insatiable curiosity is her greatest asset. The drama is about her growth as she joins the Argon team and gets grilled and trained to within an inch of her life by Kim Joo-hyuk, and comes out a real reporter on the other side.

I’m curious to see how Argon will differentiate itself from current journalism drama Falsify, since they’re very similar in theme (not to mention that Chun Woo-hee was almost cast in one before she signed on to the other). But it seems like Argon will aspire to the ideal of what journalism should be, while Falsify is about going rogue when the news agencies themselves are corrupt. Same coin, but perhaps we’ll get two entertaining sides back to back. 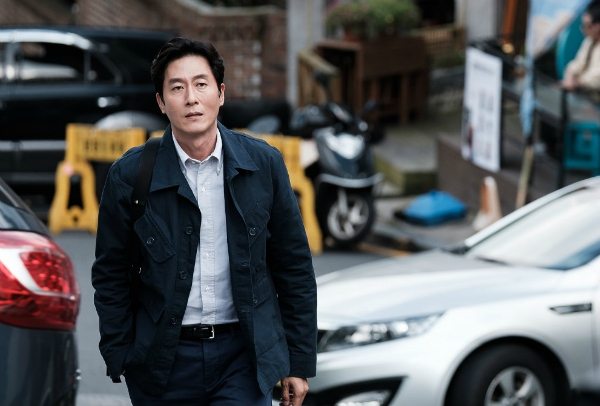 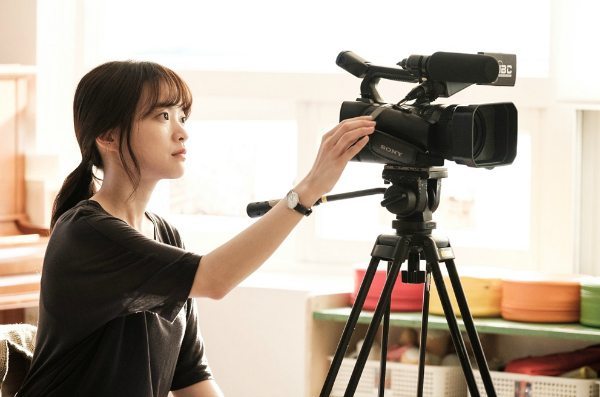 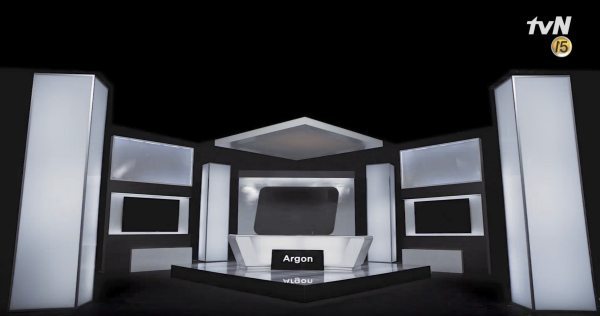 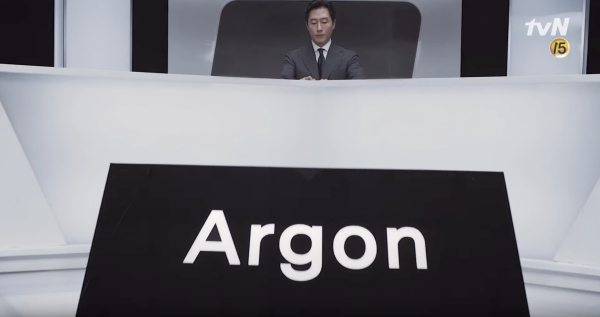 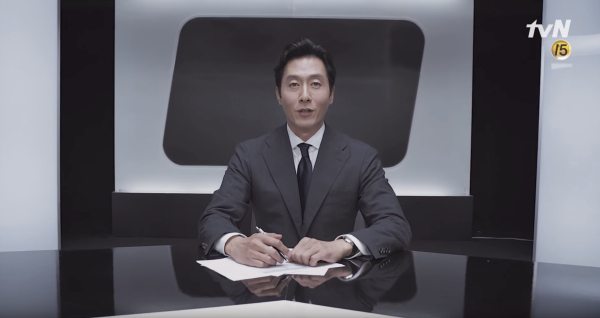 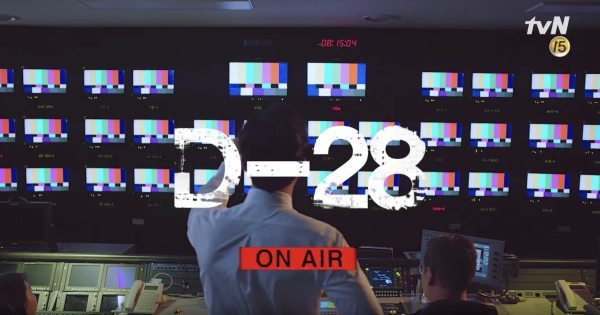 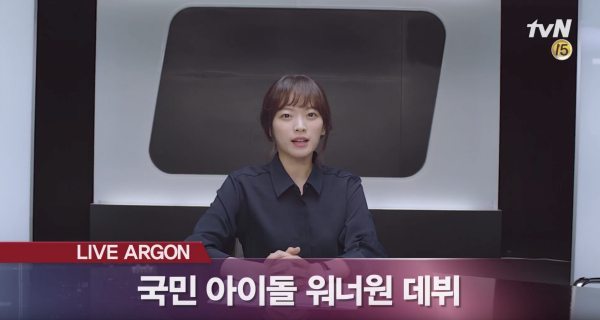 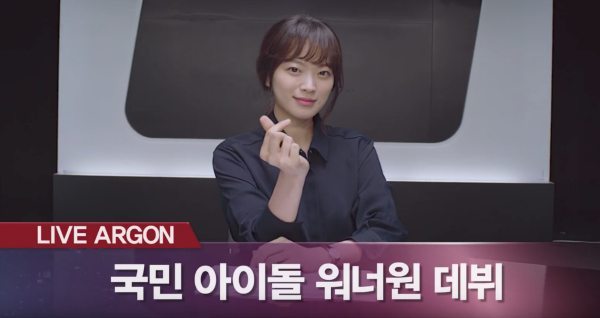 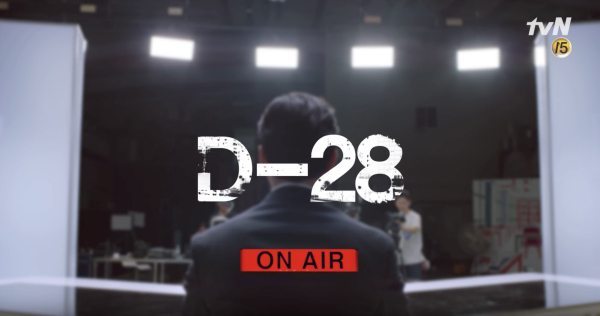 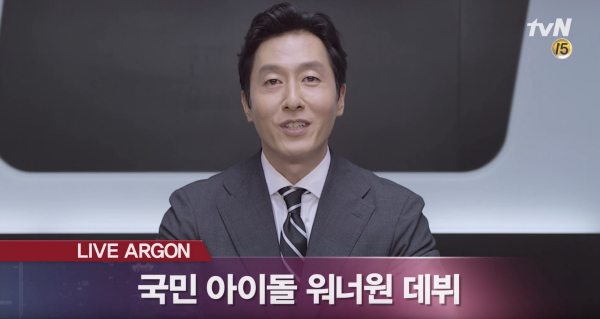 is it weird that this drama was under my radar for so long but after secret forest i suddenly feel excited for this drama? i mean the plot is different but we have two strong leads and the quality of tvN dramas are mostly really good

also i just came from watching wanna one's new mv so the teasers made me laugh, it was so unexpected

May watch this.. I like journalists in my dramas so we will see. I will have Age of Youth 2, Lingerie Girls Generation, Temperature of love, While you are sleeping...so many dramas

So I'll get two journalism drama in Mon-Tues, not that I'm complaining. Both are offering different kind of storyline. With only 8 epi, I hope it will be a good journey!

Can't wait to see Chun Woo Hee in a drama !

Gu Taeng ?? , I didn't have this drama on my list but I'll check it out for Kim Joo Hyuk , to see what they mean by "principled investigative journalists" and see how it deals with journalism VS Falsify :) .

Gutaeng!OMG. It brings back memories?

The PD who screwed up Cheese in the Trap?? I'll never ever watch any of her dramas again. Hope she doesn't pull a similar stunt for this drama.

I was wary when it's same pd of cheese in the trap too, but since it's only 8 episodes, and cheese first 8-9 episodes were good, maybe this will be good and end before it can get bad?

But why the same day as Falsify??

AHH Gutaeng!!! So happy to see Kim Joohyuk back in dramaland but too bad it's only 8 episodes. I really love journalist dramas so this will definitely be on my to-watch list :)

ah...It's the one where I'm still ticked off at the PD, but then they went and casted my favorite actress? I know she's a very talented PD; I just didn't enjoy being treated like a fool. lol Regardless, Coffee Prince is still one of my favorite rom-coms. I'll probably end up giving this a try...

It seems like I have to wear my nerdy glass and try to 'get into serious drama' mood :/. I miss my romcoms.

Aww, Gutaeng! I hope this is subbed on a site I can watch. I love Kim Joo Hyuk, and it gives me hope for a tight story with just 8 episodes.

I love Kim Joohyuk. So-so on the PD. Maybe I'll wait and see how the reactions are. This seems like a maybe more than a must-see.

This looks promising-- I'm glad it won't be too dry, and I'm super fond of Kim Joo-hyuk, so I'm in! (I still think of him as Gap-dol from Lovers in Prague.)

I'm keeping my fingers crossed that this might be a good gateway drama for newbies-- 8 eps. is a good length for that.

Ah. Kim Joo-hyuk. Have to watch this one then.