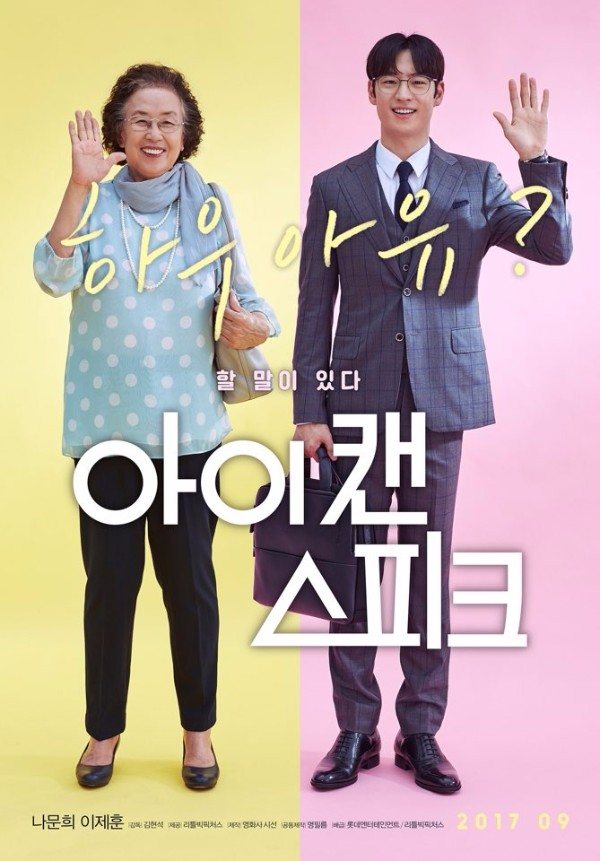 Oh, the delicious meta irony! After his stint as an anarchist freedom fighter in Park Yeol, Lee Je-hoon will be coming back as a strict, law-abiding level 9 civil servant for a new movie called I Can Speak. He’s starring alongside Na Mun-hee (Dear My Friends), who is playing a “devil granny.”

After filing over 8,000 civil complaints, Na Mun-hee has been blacklisted by the officials at her local public government office. In fact, she’s at the top of the blacklist, as their most frequent troublemaking visitor.

In the trailer, a sunbae at his office tells Lee Je-hoon to be wary of her, and she’s seen coming in almost daily with new complaints and more evidence. Sighing heavily, the straight-laced Lee Je-hoon, whose love for rules can be seen from his OCD-neat outer appearance to his unbending moral stance under pressure, decides he’ll serve her according to protocol.

When these two first meet, they clash and butt heads, but when Na Mun-hee witnesses Lee Je-hoon’s near-perfect English skills, her eyes grow wide. She immediately requests that he teach her English, and he says no, suggesting that she learn through a prep academy, but she doesn’t budge. She insists that she wants him to tutor her (I would too, if I were in her shoes, but for an entirely different purpose: to stare at his beautifully perfect nose).

Eventually, it looks like he acquiesces because by the end of the trailer, Lee Je-hoon begins his first lesson with her teaching her the most basic English phrase: “How are you?” To which, Na Mun-hee seriously replies in the most heavily-accented English ever: “Pie-een, ddang-kyu an yoo?” Lol. Even though they continue to bicker with each other, the movie is about how by spending time with this rascally old granny, Lee Je-hoon learns to open his heart again and see through to her sincerity.

The first character poster of Lee Je-hoon says “By the rules, by the protocols,” while introducing him as the rule-abiding civil servant. The two other character posters begin with Lee Je-hoon’s copy reading, “How are you?” and Na Mun-hee’s replying back, “Fine, thank you, and you?” just like they say to each other in the trailer. The common text in both their posters say: “I have something to say.”

Awww, this is too cute already! Human comedy film I Can Speak will be released in Korean theaters around the Chuseok holiday season this September. 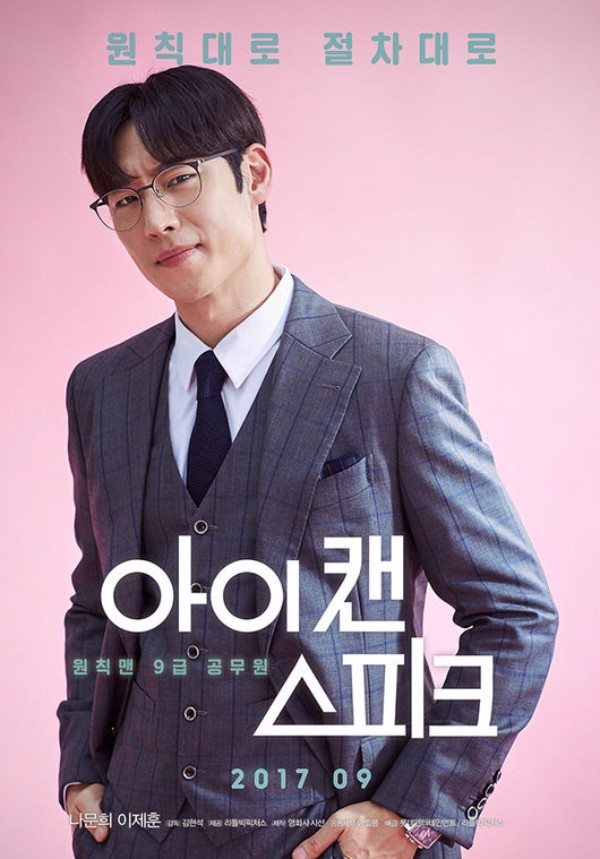 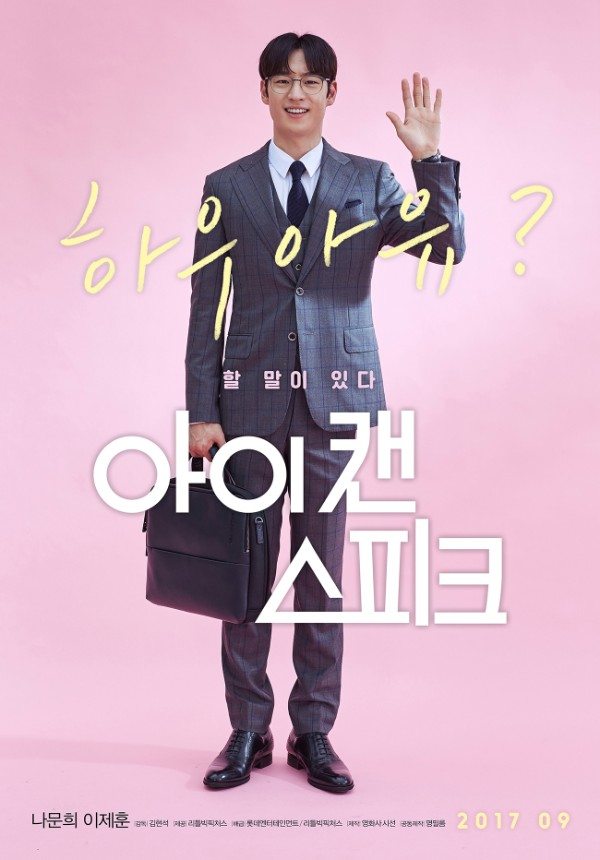 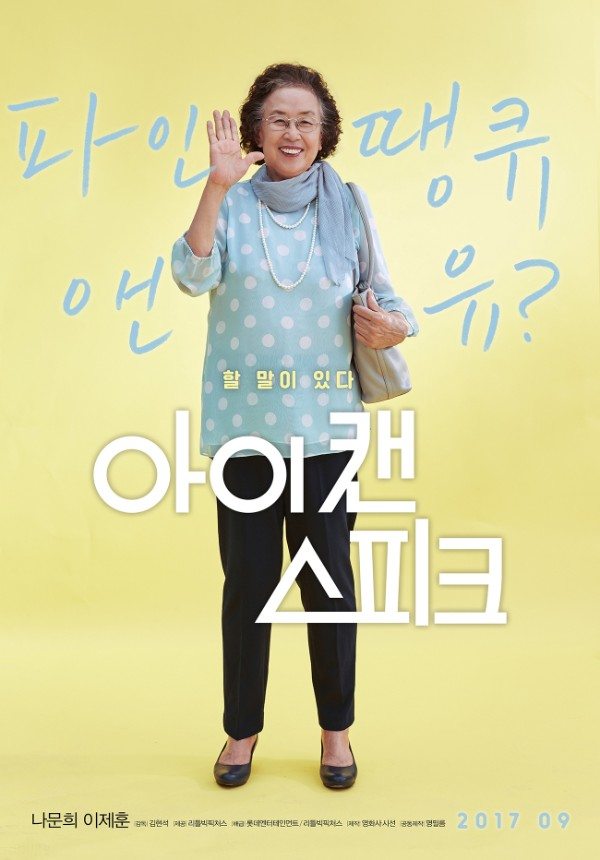 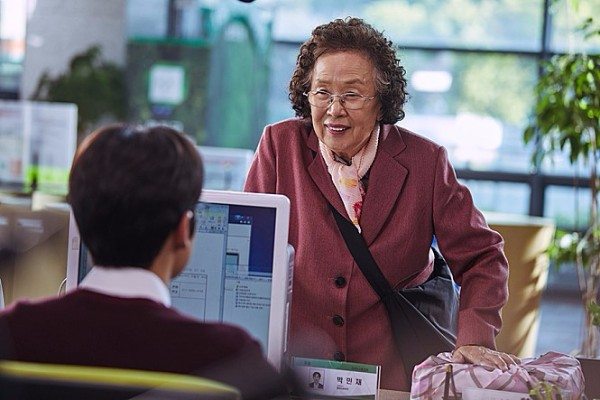 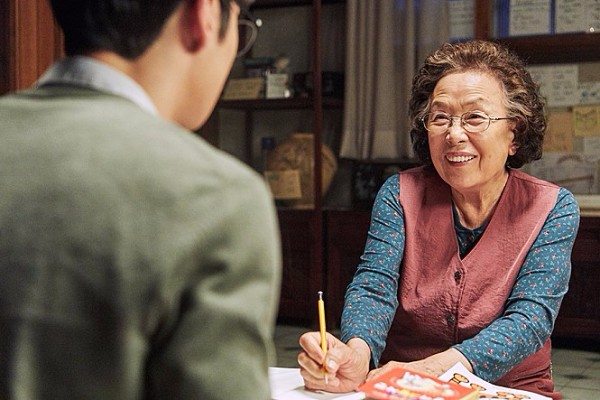 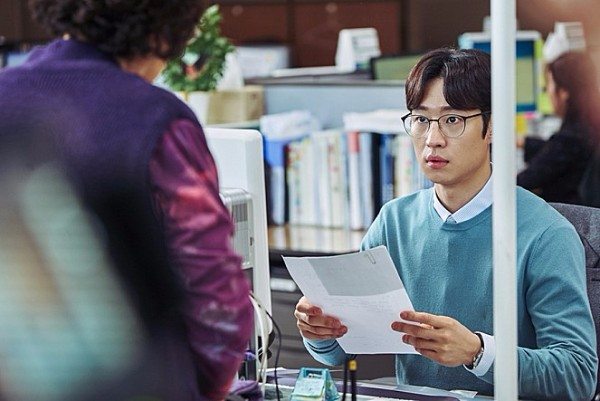 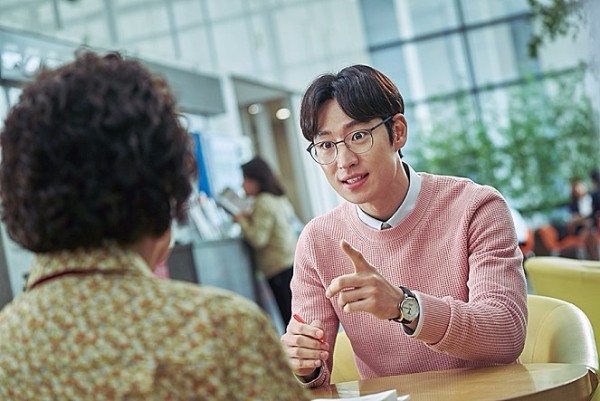 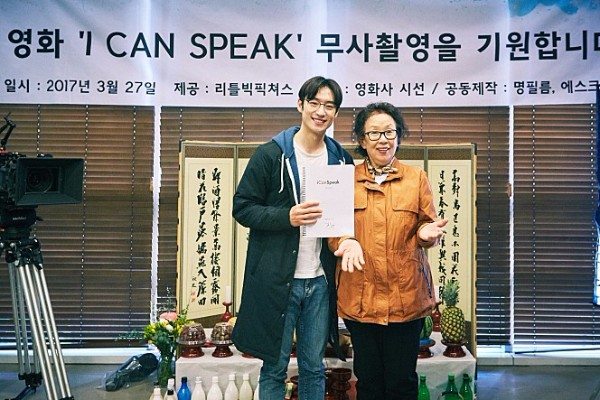 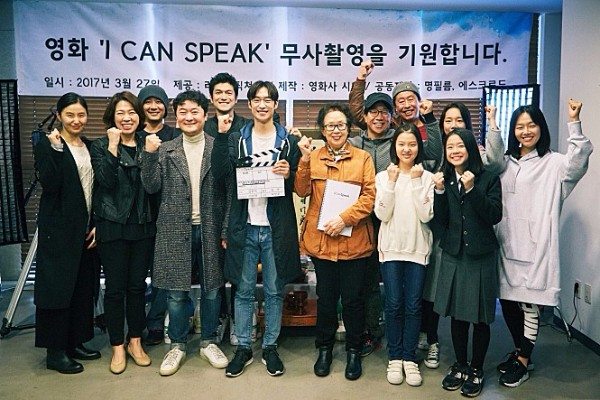 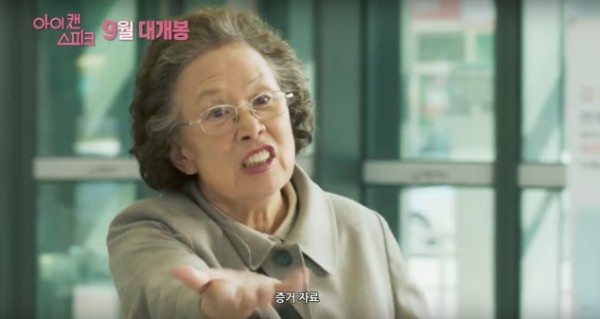 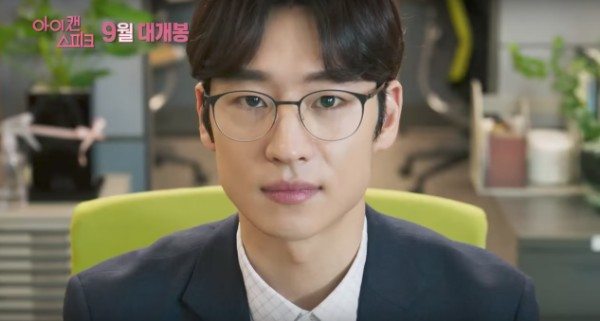 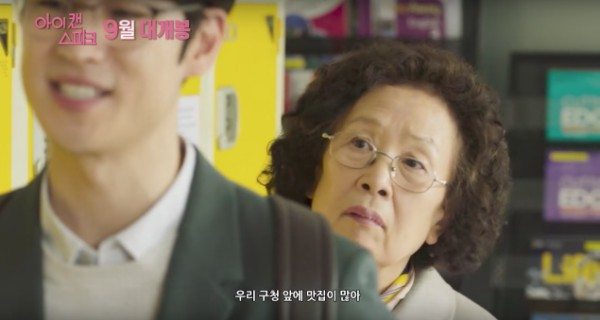 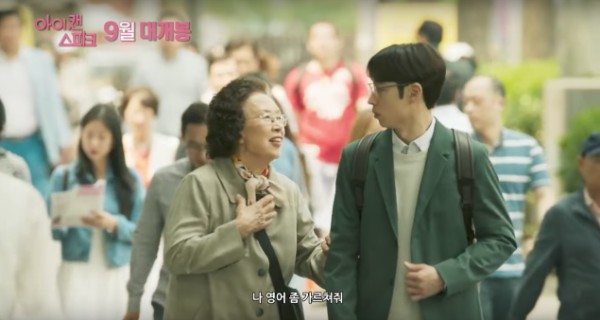 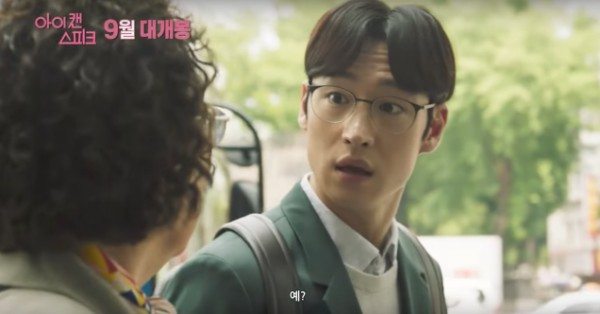 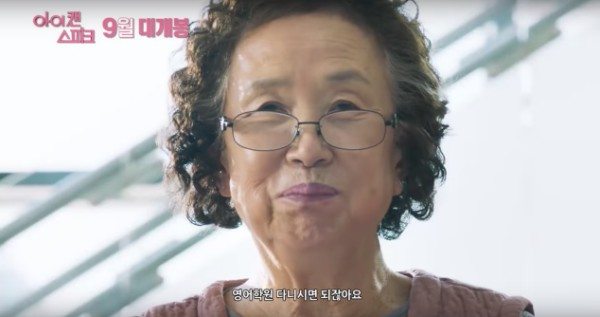 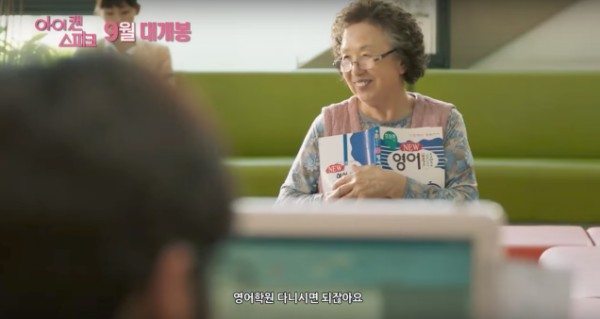 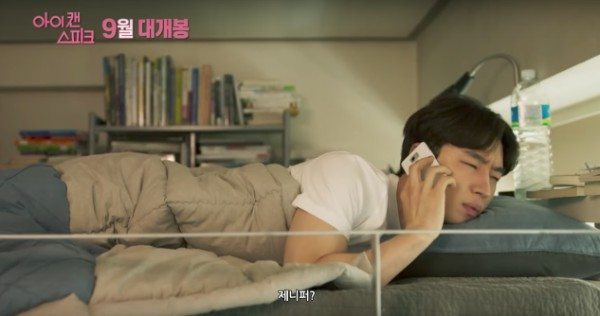 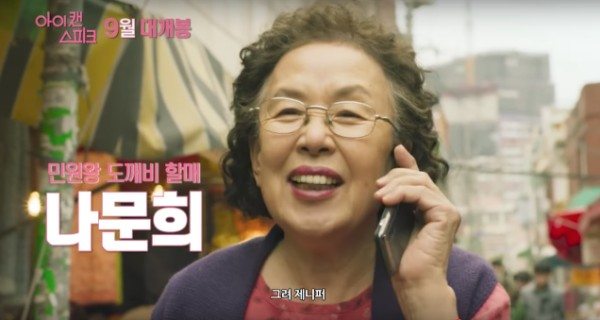 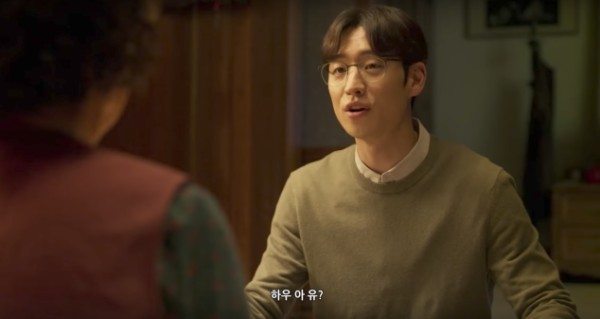 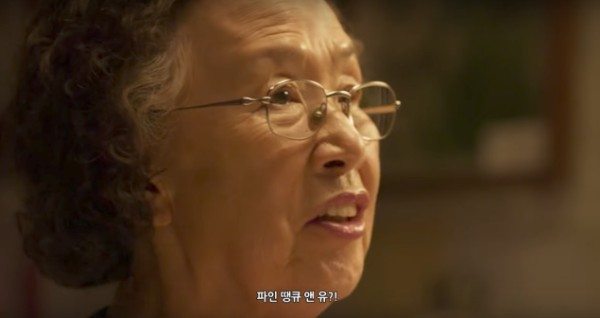 You had me at Lee Je-hoon.

He is the best young actor in the industry. I will watch anything with LJH in it, dramas, movies, CFs.

Look at this amount of cuteness!!!!!

Awwww ♥
Must be beautiful!

Aw this looks adorable. I'm loving the choices Lee je hoon made on this and his last movie. Both very interesting and unique.

So excited he's guesting on 3MAD ?

You had me at Lee Je-hoon. Plus he was great in the Anarchist.

Do want! I love them both.

Lee Je-hoon my fave!! As a fan, I'm happy about his choice of projects. Although this is an unlikely duo, the chemistry seems really cute. And when done well, this type of story can be even more touching than straight out romances. Can't wait to see Na Moon-hee hassle the heck out of Lee Je-hoon.

Love her! Been loving her since Kim Sam Soon ?

That 'fine thank you, and you?' Is so insanely adorable!!

This already looks like so much fun! Hahahaha. I would do it to stare at his perfect nose too tbh!

Is it Chuseok yet?

Na Mun-hee is love!
Lee Je-hoon seems to be getting his acting mojo back. His films are much better.
I hope he'd be more picky with dramas.

To be fair, Tomorrow With You seemed exciting on paper. It's just the script and the execution...

I love lee jae hoon n granny is always amazing..this should be fun!

The casting is too good. I hope more veteran cast will take lead roles in future.

Didn't think Lee Je-hoon can get more perfect and swoon-worthy than he already is, but that English accent got me all ?. How I wish the Mr Sunshine role was shopped to him instead!

Does Lee Je-hoon has a penchant for sweaters? How many set of that sweater he has in his closet? Does he wear different color for each day and secretly match them with his socks?

Sorry, can' t help but noticing. Lee Je-hoon looks mighty fine in them tho.

Haha this is adorable. Loved the English bits.

I'm one of the rare few who loved him in Tomorrow With You (highly underrated, IMO) and have been missing him in a solid drama ever since. Come back to dramaland, Lee Je-hoon, palli palli! ❤️

are we that rare?? LOL.. I heart TWY soo much although i do understand why it frustrates others.

I loved him in TWY too! It's one of my favorites this year.

Lol! This looks hilarious. More of Lee Je Hoon is always a good thing so i hope i get to see this wen its released

This sounds awesome! Lee Je Hoon, my all-time fave and deliciously grumpy granny Na Moon Hee (though admittedly, I haven't watched her in anything), can't waittt.

aww. this looks cute. I hope i get to see it

lol. The headline made me think the granny was really the Devil. What a drama that would be hahaha!