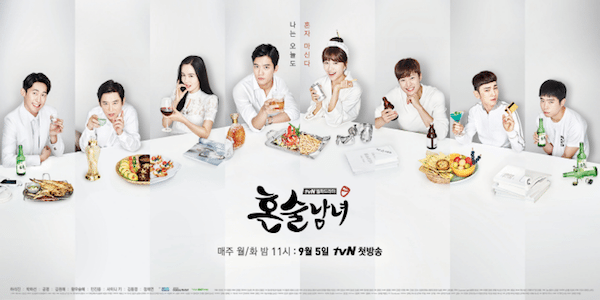 From the creators of Drinking Solo (which was a spinoff of the two-season foodie drama Let’s Eat) comes a fresh new tvN drama called You Who Forgot Poetry. Initially, the team was set to work on a second season of Drinking Solo, but those plans came to a halt after the work-stress-related suicide of a rookie PD and the ensuing public criticism of the team’s handling of it. Instead, we’re getting a completely different drama set in a hospital, focused not on the more commonly portrayed doctor characters but the staff members that support them and take care of all the other aspects of patient care.

You Who Forgot Poetry will center around a variety of medical occupations from physical therapists, rehab specialists, radiology technicians, trainees, to nurses. It will show how these characters take comfort in a good poem at the end of a busy, exhausting day of work at the hospital. I definitely find the concept to be interesting, a refreshing change from all the surgeons in dramaland we’ve seen in recent years.

If they keep the same slice-of-life tone as Let’s Eat while incorporating the moments of both joy and heartbreak that can be a part of a patient’s journey to recovery, I think You Who Forgot Poetry has the potential to become a meaningful, powerful drama. And I’m intrigued by the poetry bit; I’ve seen a lot of author-type protagonists in Korean dramas, but rarely do we actually see poetry. I’m hoping they’ll make it a centerpiece for each episode because the the sentiments and phrases conveyed through the genre can be uniquely beautiful.

PD Han Sang-jae, who directed Rude Miss Young-ae for seasons 8 through 15, is helming this project alongside his Rude Miss Young-ae writer Myung Soo-hyun. You Who Forgot Poetry is scheduled for broadcast on tvN in the first half of next year.

Another medical! But with poems! Innnnnnnnnteresting. It'll definitely be a nice touch if the poems were the centerpiece for each ep--like how music was for Soulmate. This idea is certainly unique and refreshing, with the attention steered away from the usual geeeeeeeeenius surgeons, and focusing more on other medical occupations.

That sounds gorgeous - if we focus less on the actual medical, and more on creating a deep human drama, this would be great. I loved Drinking Solo for how it dealt with loneliness and escaping reality.

Ugh no so it's the same team that poor PD worked with. The whole ordeal was a nightmare for him and his loved ones. NOPE

Yeah, I'm iffy about this. How toxic must the environment have been for that PD to take such step? And then for this team to regroup? Are they going to again have just as toxic work environment and who is going to be affected this time? Really not feeling this! :/

Totally agree. It doesn't matter if you change the story, if the work culture is still the same then it doesn't make any difference.

I had the same thought. I bet they're relying on people not to connect the dots. People might not watch Drinking Solo 2 because of the horrific events surrounding them but they'll watch a different story by the same team not realizing the connection.

5 💜 Book 7: Sicarius The Queen of Melonia and The Ube Melona 💜

Not a fan of medical dramas, not a (big) fan of poetry, but what a curious combination this is!

That's interesting ! I'm not a fan of poetry but if it's as well incorporated as the drinks in Drinking Solo, I will check it out.

The concept reminds me how Grey's Anatomy usually open and close with a very poetic narration by Meredith or one of the characters. I'll definitely keep my eye on this.

speaking of it, is there any Kdrama or movie revolving around poetry, literature and writing? haven't found any (other than Chicago typewriter )

In my experience, the drama is usually in the ancillary characters/staff in a hospital, so this should be very entertaining. I do hope the production team has learned a thing or two about overworking their staff though. Actually, that would be an interesting premise for a drama---focusing on all the minions that go into drama productions.

There are two older dramas (that were shown at the same time, oddly) that addressed the bts of drama-making, On Air and The World They Live In (aka, Worlds Within). I liked both and preferred World for the group of older actresses and (be still my heart ❤️) Hyun Bin.

Hmm, I haven't seen Hyun Bin in anything.

Oh, baby! Hubba-Hubba ??? I like Worlds Within and Secret Garden most for him, I think. He was also great in My Name is Kim Sam Soon but younger and a bit green. Ally, have you tried MNIKSS? It's one of the best classics, up there with Coffee Prince for me. I'm surprised no one has written an essay about it.

Not yet! Something else to put on my ever-growing list!

So the medical trend is back?

Definitely interested! Especially the poetry. I love all of the Let's Eat iterations, so this should be as good.