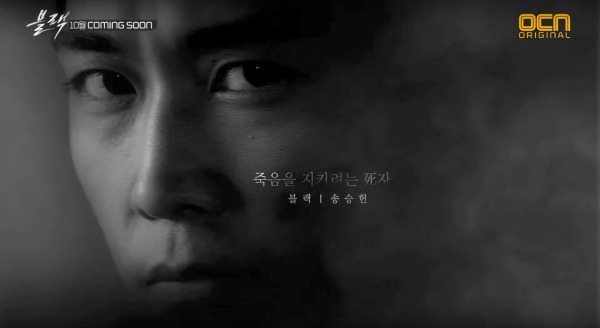 Believe it or not, I wasn’t generally really into OCN’s offerings before this year, but ever since Tunnel, my weekends are never complete without a thriller to creep me out. OCN is gearing up for its next weekend show, Black, and they are definitely playing to their strengths — dark and stylish — if this first teaser is anything to go by.

While currently airing Rescue Me doesn’t really include a sci-fi element, its predecessors Tunnel and Duel certainly did, and as a fantasy geek, I’m pretty excited to see the supernatural component back in this newest OCN show. Song Seung-heon (Saimdang, Light’s Diary) will star as a grim reaper who falls in love with a human, played by Go Ara (Hwarang), thus violating the rules of heaven and is subsequently punished by having his existence erased. Harsh, but those dramaland deities have been known to be just that.

This first look at the show doesn’t reveal much about the plot details, but it’s quite beautiful, in a gothic kind of way. It starts with a close-up of some pink roses, which quickly wither away and turn gray. The director-writer duo, PD Kim Hong-sun of Voice and Choi Ran of God’s Gift–14 Days, get a mention, accompanied by a backdrop of stormy clouds. Then, there’s a brief flash of a burning skull and Song Seung-heon doing what he does best — brooding — while the chyron reads, “The dead one protecting death.” Go Ara’s reads, “The woman who predicts death,” as we see a super close frame of her eyes.

I have to admit, when I first heard about the leads joining this show, I was a little wary given their track record acting-wise. But, by all accounts, Song Seung-heon put in a decent performance in Saimdang, and if the previous character descriptions for his grim reaper are accurate (“stoic, blank-faced” and “expressionless”) I can see him being a very believable reaper. I’m also just glad Go Ara’s character isn’t another plucky, cheerful type, ‘cause I’ve seen her play that role a lot. Her character is a foul-mouthed shut-in who finds it hard to communicate with others, but is also prone to crying a lot. The duality sounds pretty comical, and I look forward to her take on the role.

The first script reading for Black was held last month, and I really like the supporting cast the show has lined up. Lee El (The Lonely Shining Goblin) will play a mysterious ER doctor connected to the grim reaper, and Kim Dong-joon (Shining Eun-soo) will become a second generation chaebol who is ironically more used to serving rather than taking. Other actors include Kim Won-hae (Criminal Minds) and Jo Jae-yoon (Rescue Me), who are both currently creeping me out in their respective shows. It’s a strong lineup, and I’m pretty excited to see them all inhabit this world.

OCN’s Black will follow Rescue Me on Saturdays and Sundays, and will premiere on October 14. 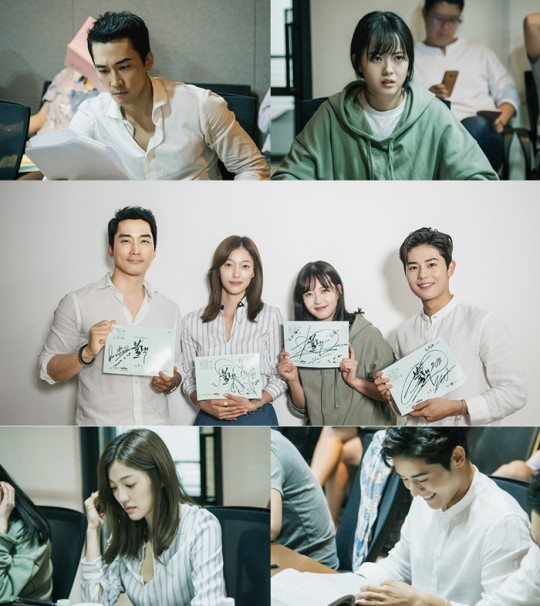 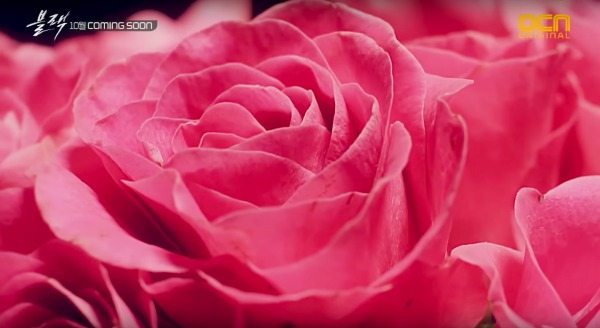 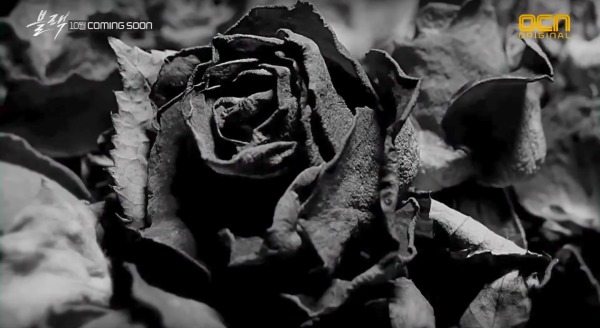 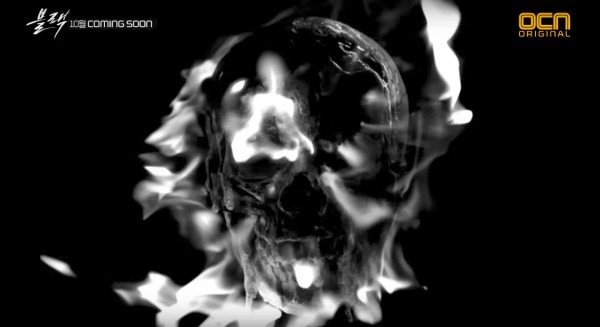 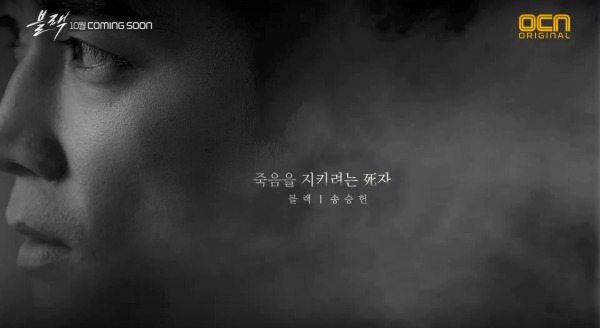 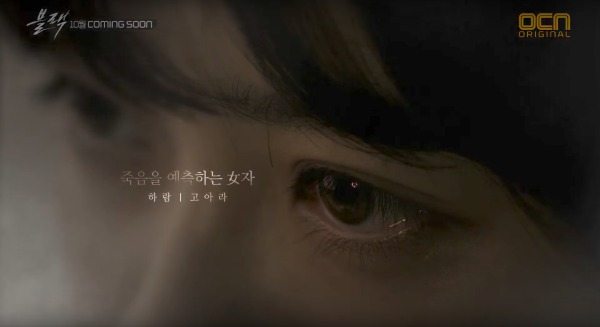 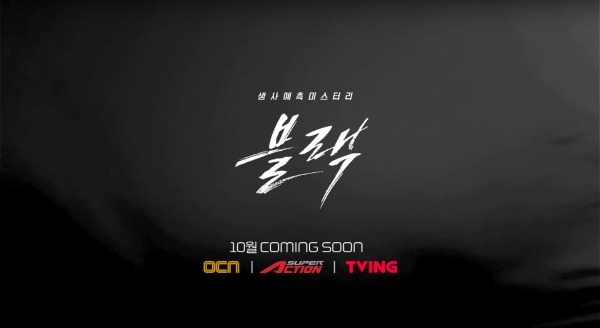 Interesting! I will check this one!

Perhaps a cameo by the "stoic, blank-faced” and “expressionless” Water God as well?

"if the previous character descriptions for his grim reaper are accurate (“stoic, blank-faced” and “expressionless”) I can see him being a very believable reaper."

When expressionless is done by a good actor, it can be so appealing. (I miss you Shi-mok? )

Hello my new everything.

Slightly nervous though, there's always a chance it will take a turn for the worst, but for now I shall anticipate with blissful ignorance!

I don't like either of the leads - well, I like Go Ara lot more than SSH (he could easily put me to sleep) - but the plot sounds interesting and that teaser is so cool, so I'll check it out. However, if it ends up being dull, I'll drop it like a hot potato.

It was during one of Go Ara's (too many) crying scenes that made me drop Hwarang so this character's proclivity to cry makes this drama a definite no for me.

I hate when the supporting cast is great but the leads aren't my cup of tea. I'd rather not see Go Ara in anything else for a long time but it sounds interesting

Uhm, I prefer you should not try because you can't handle the awesomeness. It is not made for you.

I literally only clicked on this news thread because it said "dying roses and skulls" in the title...
Help me...

Curious how this blow over since both leads are lacking on the acting front. I like Go Ara, but I wish Lee El could have played the lead in this. I'm ready to see her in a lead role. I've loved her since Liar Game.

I can never understand why weak actors can get an interesting drama while better actors always get a mediocre drama. Maybe these weak actors have a clearer eyes to choose script? lol.

I don't know if I'll check this out later, both leads turned me off, but there's Lee El that I have soft spot with.

1. Years in the industry 2. Good representation that has power and clout to get them roles.

Like Taec being lead over Woo Do Hwan in Save Me. He's been in the industry longer than the more talented WDH (so he's formed relationships and connections) and got JYPE behind him (though WDH is represented by Keyeast which is really good and will have him rise).

Here both Go Ra and SSH have been in it for years and got good representation. Go Arabia now with Keyeast (better than her old SM) which is far better in getting their artist roles because they represent big names and use that to negotiate. This be how mediocre actors/actresses get roles and more talented but less known and or not a big representation/management are stuck playing second/supporting cast to them.

Well, Go Ara and SSH have a established reputation in showbiz. They actually have more years of acting experience and that's why they got the role.

Can we hope that Jo Jae Yoon's character won't be as creepy as in Rescue Me.
Lee El must be attracted to mysterious character. Can't wait to see her again.

So far OCN thriller dramas never fail me, so I'm excited to watch this after Save Me ends!

The leads are both lacking in acting. Hoping for the story to save them. Will be watching this, all because it's from ocn.

This could be interesting.

Getting a bit exhausted with Goblin-wannabe dramas - is it just me? Don't get me wrong, I'm absolutely rooting for more Korean dramas in the fantasy genre but after watching Bride of the Water God and now this... I feel like everyone's trying to emulate some plot aspect of Goblin in the hopes of high ratings. I don't know if anyone else noticed but Nam Joo Hyuk even imitated Gong Yoo's tone of voice/speaking mannerism in Bride. (Not knocking Nam Joo Hyuk as I was a major fan of him in the Weightlifting drama and to be fair, maybe it was more of a directional/PD issue and that's why he spoke like that? Who knows.)

With Black, it just seems like it's trying too hard... younger girl (Go Ara/Kim Go Eun) with older, fictional guy (Song Seung Heun/Gong Yoo). Really, is it just me that feels this way??

I've been watching OCN thriller dramas, it's always been thriller and dark drama, so I don't think this drama would fall into Goblin or BotWG trope drama which is more like fantasy and romcom. But we never know, it might be. If it is, I'd be disappointed with OCN, because I love most of their thriller dramas and the latest OCN's Save Me drama is making me putting higher expectation on OCN to produce more dark dramas.

I truly hope so - I've always liked OCN thrillers as well (hello Bad Guys, which I love rewatching despite the gore/violence). I guess I'm very skeptical due to the casting, as others mentioned. Go Ara's played a lot of bubbly characters lately, so it's hard to see her back to a more serious role. As for Song Seung Heun - I'm biased as I've never been a fan :/

Mostly though, it's the whole 'originality' thing. When Goblin first came out, it was refreshing as there had not been a drama featuring a comic but sad grim reaper (to my knowledge). As with a more god-like character that Gong-Yoo played.

It seems really soon to 'coincidentally' have a drama with a reaper who falls in love with an innocent looking young girl.

I'm almost hoping it's like Master's Sun, which struck a good balance between dark, fantasy, and romcom.

If you wanna talk about comic but sad grim reaper, there's 49 Days that had such character. Don't get me wrong, I love Goblin and the idea of god-like character and grim reaper together in a drama was a fresh idea, but I don't like how viewers keep on saying other god-like or grim reaper dramas are following Goblin, because I'd watched dramas with such characters even before Goblin. Even other thriller, legal, romcom, medical and time-travel dramas' plot are quite the same, but what makes each drama different and fresh is how the writer executes the character development, the storyline, the expression and the dialogues between the characters. Maybe BotWG had a bit of Goblin's element, but I haven't seen it yet in this drama, Black because all we know is just grim reaper and young girl. True, that kind of plot is not novel, but I'm still curious on how this drama will be.

18 YY Chats with Toast Between Bites

I thought SSH was awesome as the burning skull in the trailer.

"Prone to crying a lot"... Didn't we have enough of Go Ara's crying scenes in Hwarang? Heol.

I guess I'm gonna miss my weekend thrillers after Save Me.

Have you seen a lead character who's laughing all the time even though there are sad moments? heol

I pity you, well, I'm gonna have weekend parties when Black starts.

I am definitely interested in watching this drama. I just wish that they would've chosen another actor to play the reaper. Oh, well..

Gosh, So excited for this. I'm sure Go Ara can pull off her character since she's always good at it. Fighting Black.
It's not Goblin or BotWG it's Black!