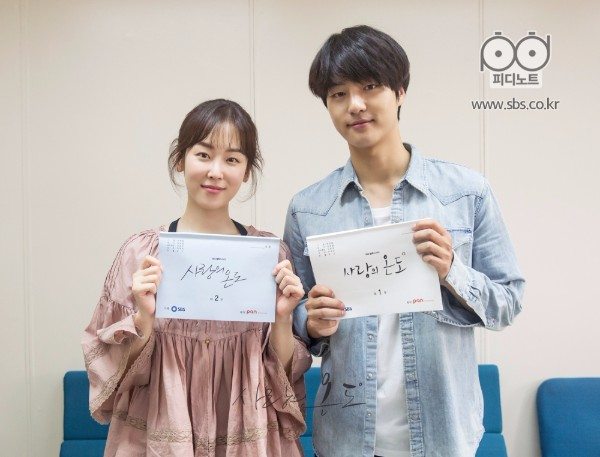 Are y’all ready for a noona romance this fall? Because I know I definitely am. Romantic Doctor Teacher Kim costars Seo Hyun-jin and Yang Se-jong (Duel) just reunited at the first script reading for their upcoming drama Temperature of Love, a romantic comedy featuring a love story between an aspiring screenwriter and a renowned chef. The title refers to how being in a relationship requires that you balance the temperature of your passion with your partner’s and manage the timing of your feelings well. According to reports, there was an endless stream of laughter at the first script read due to all the funny scenes.

Seo Hyun-jin plays the wannabe drama writer who has a refreshingly blunt and honest personality; she’s a bright, lovable character with a quirky side to her. Michelin-star chef Yang Se-jong will instinctively love her, but because of his respect for her, he doesn’t dare approach her and ends up unwittingly setting up a fine boundary line between them. Initially, the two main characters have different levels of ardor toward each other and mismatched timing which leads to a breakup, but when they reunite, they learn to adapt to each other and come to the same temperature of love. 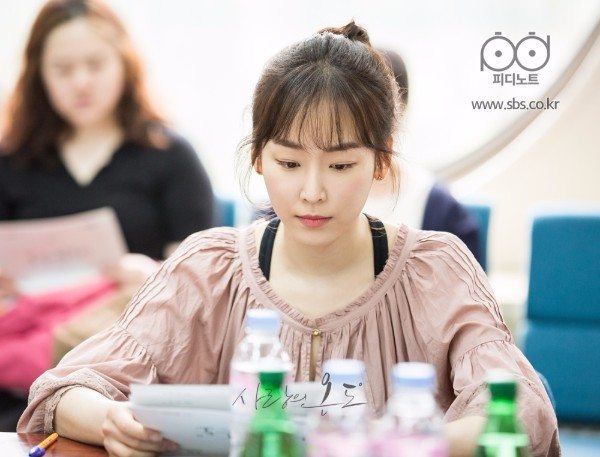 Along the way, there are obstacles that complicate the pair’s journey in love, like our two second leads. Kim Jae-wook (Voice) plays a talent agency CEO who knows how to spot quality when he sees it, and Jo Boa (The Man Living in Our House) plays an attention-seeking rich girl who has a tender side for Seo Hyun-jin’s character. I’m so excited for Kim Jae-wook’s comeback, although after seeing these stills, I can already start to feel the stirrings of Second Lead Syndrome coming on.

I’m also looking forward to performances from supporting cast members Ji Il-joo (Weightlifting Fairy Kim Bok-ju), Ryu Jin (Run Jang-mi), and Lee Cho-hee (Mirror of the Witch), who’ve been excellent in the secondary roles I’ve seen them in. It’s a strong cast down to the minor characters, so fingers crossed that there’s plenty of chemistry on set.

Temperature of Love will be helmed by Doctors writer Ha Myung-hee and Jackpot PD Nam Gun, and produced by Pan Entertainment. It’s on the fall schedule as a Monday-Tuesday drama that will air on SBS starting September, after the end of Falsify. 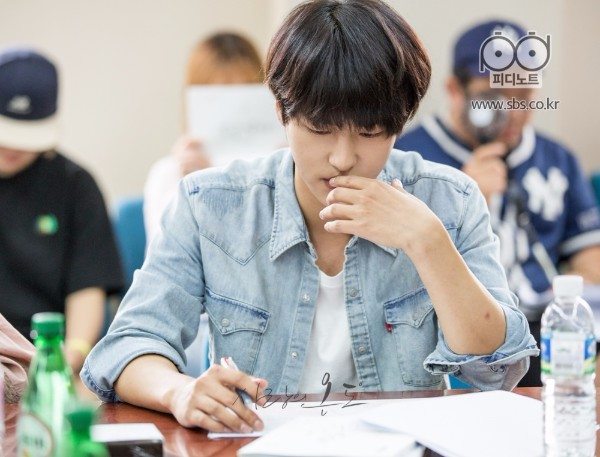 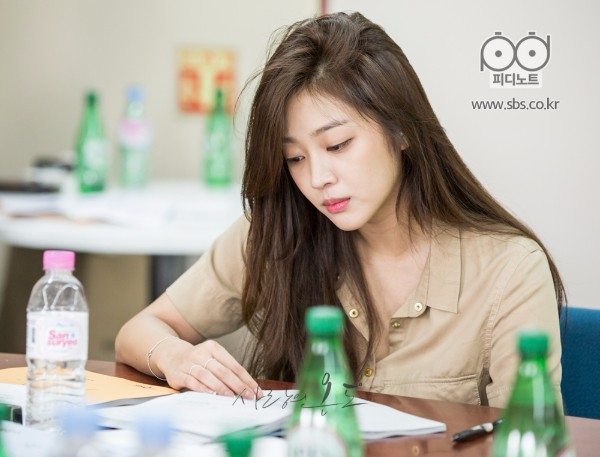 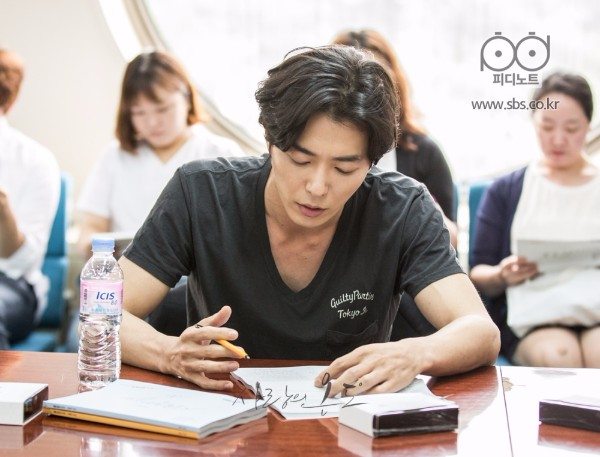 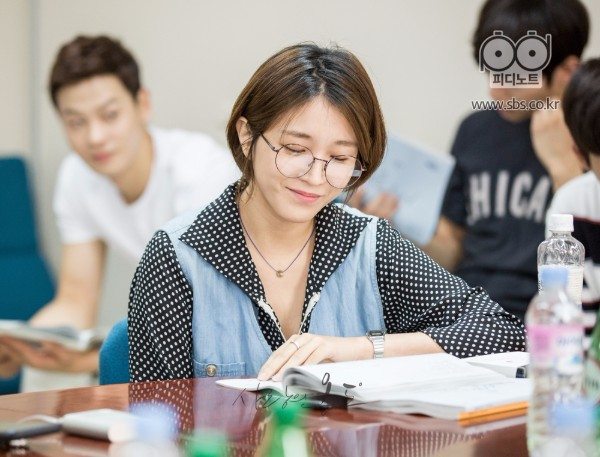 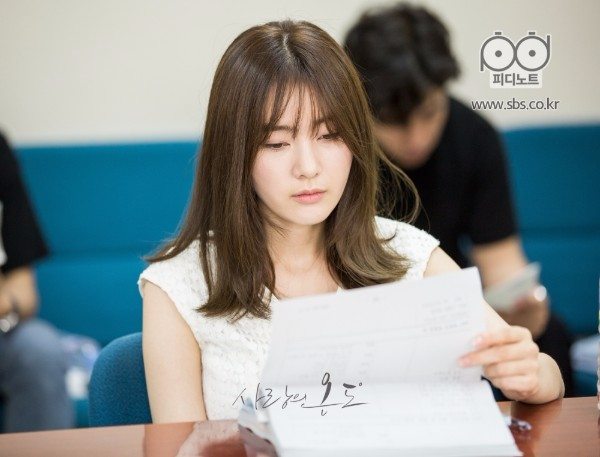 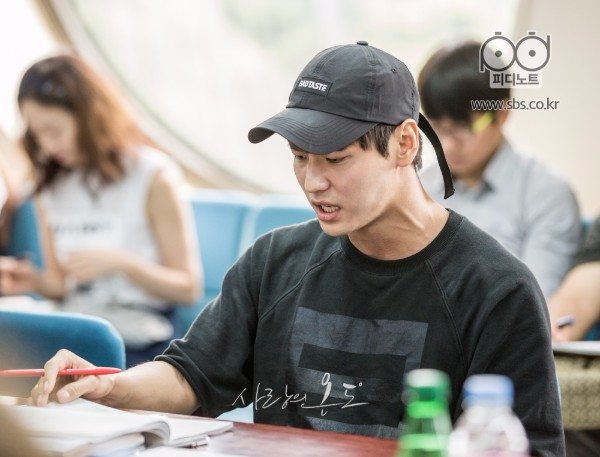 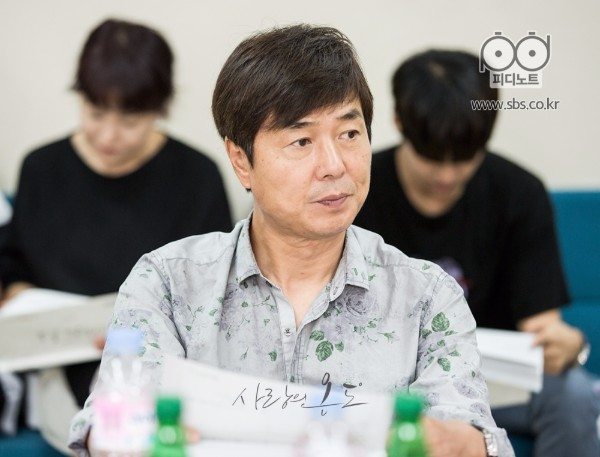 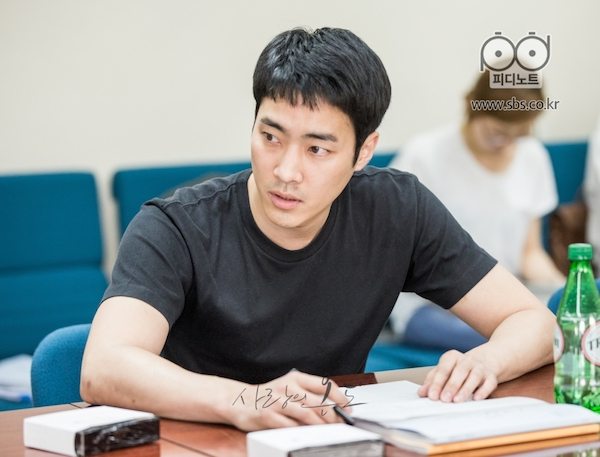 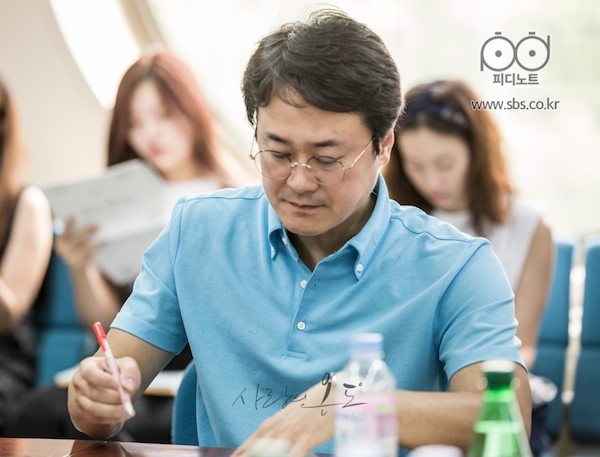 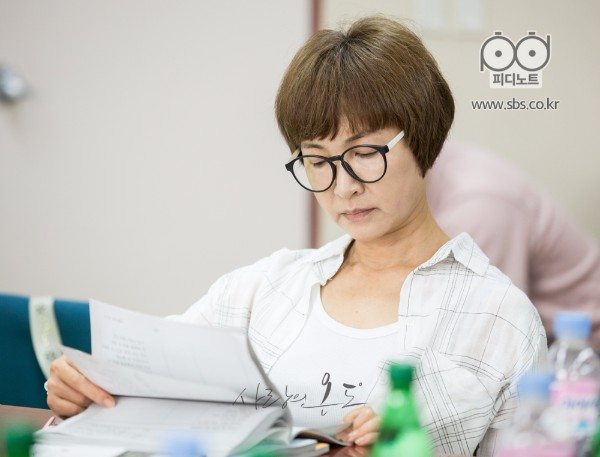 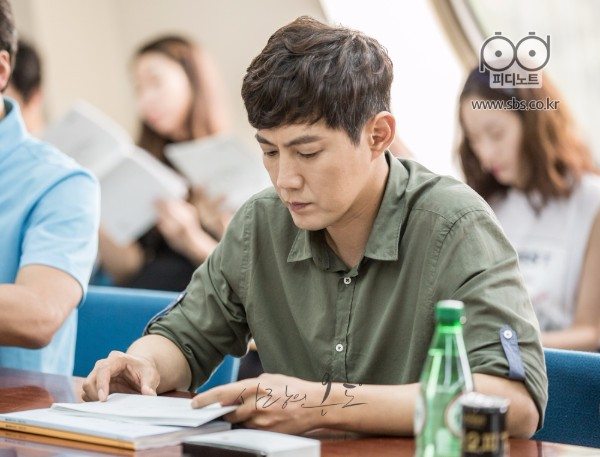 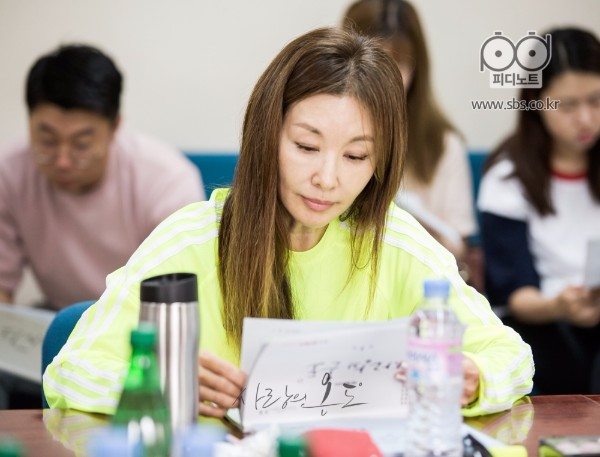 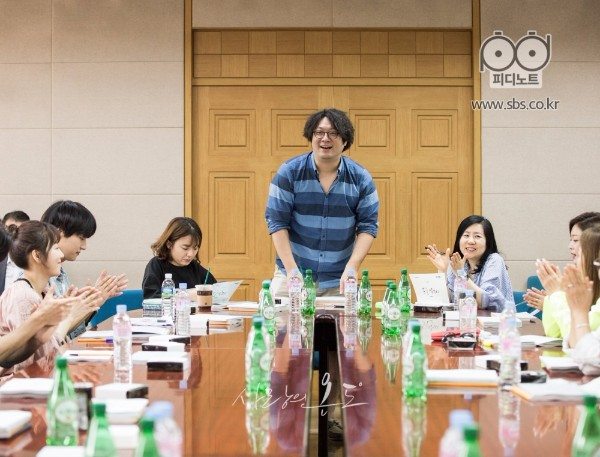 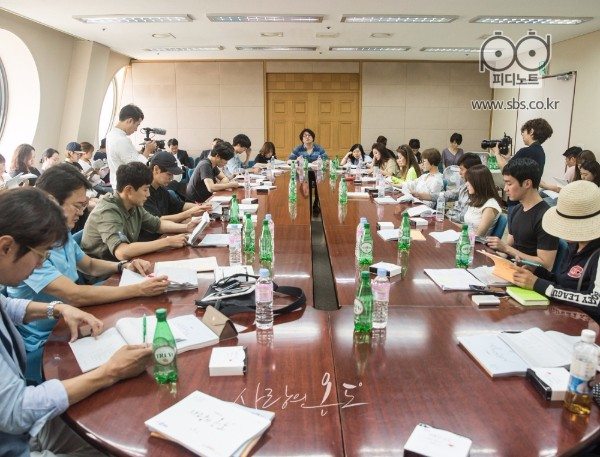 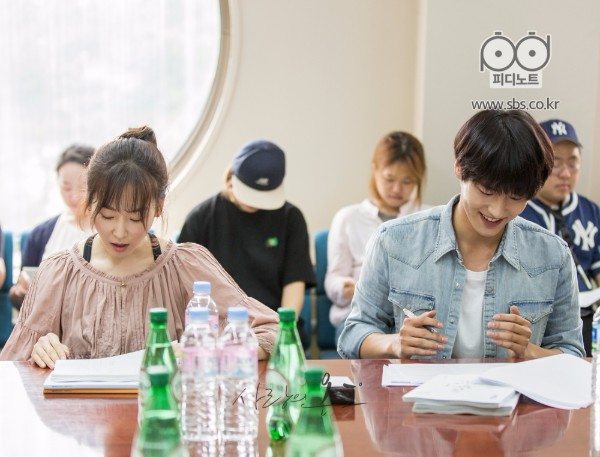 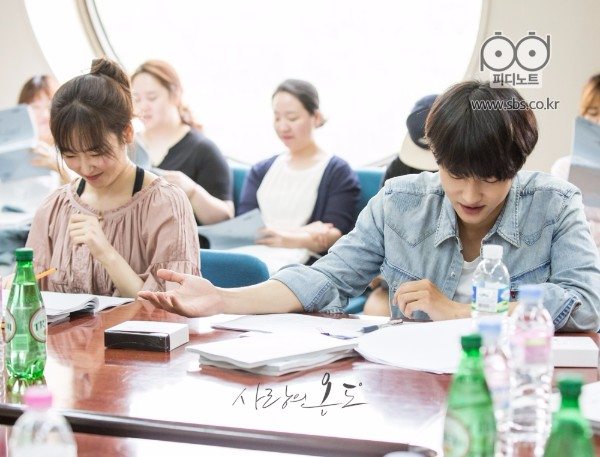 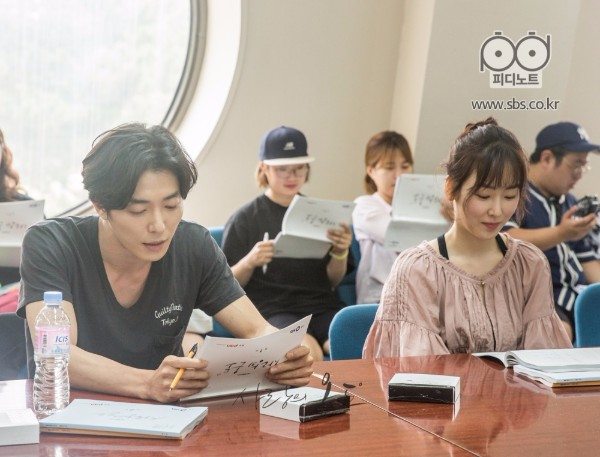 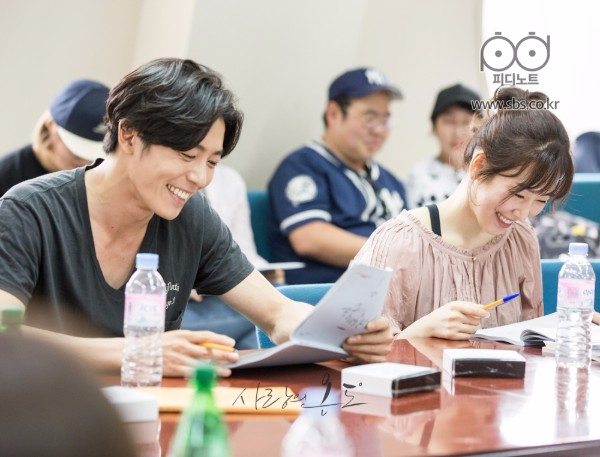 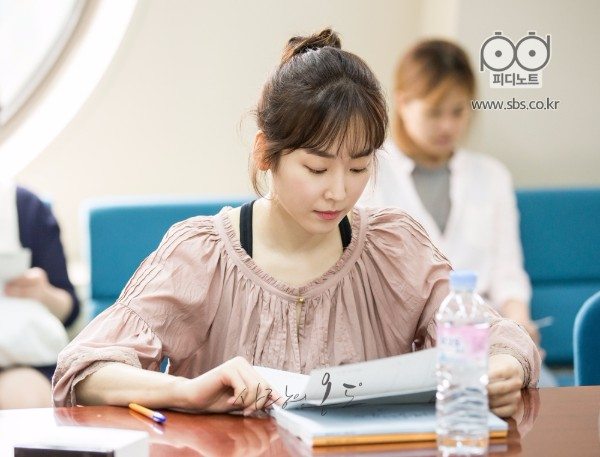 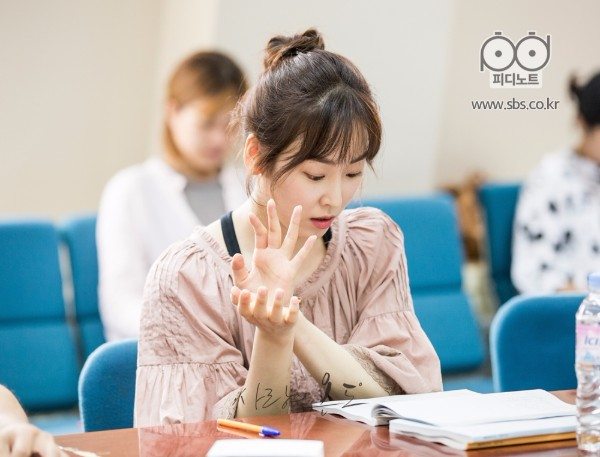 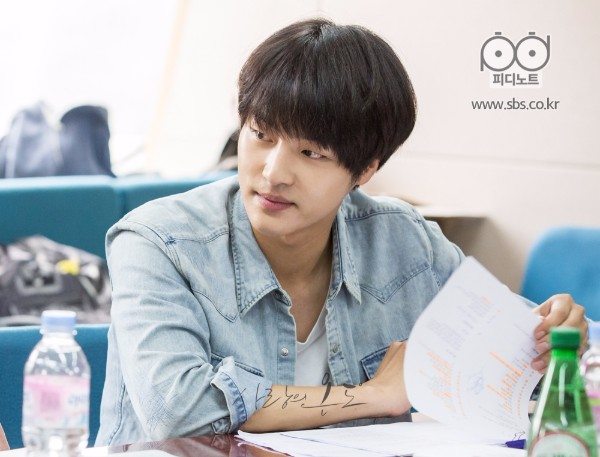 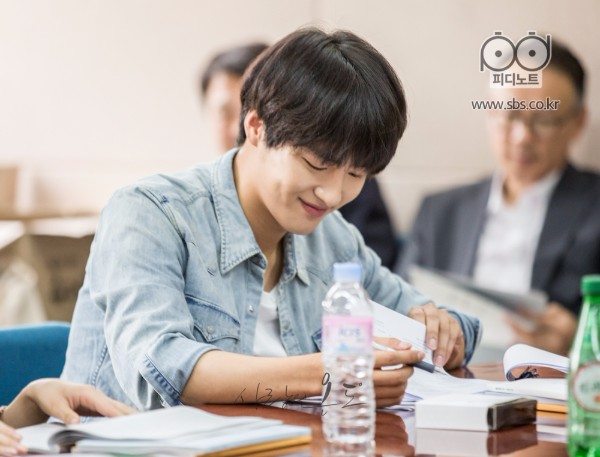 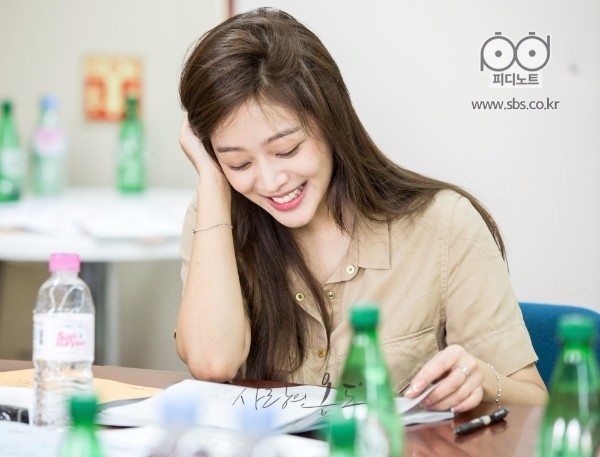 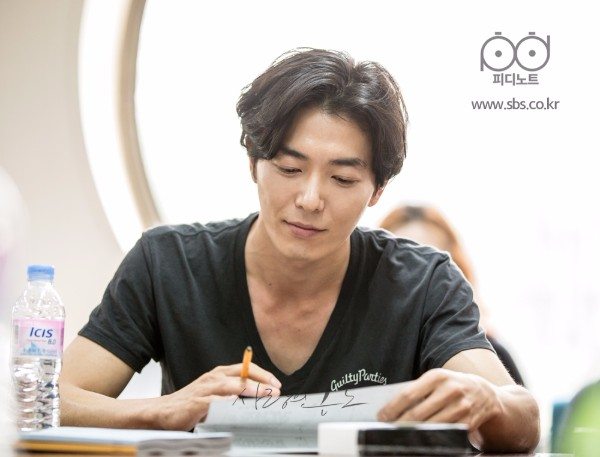 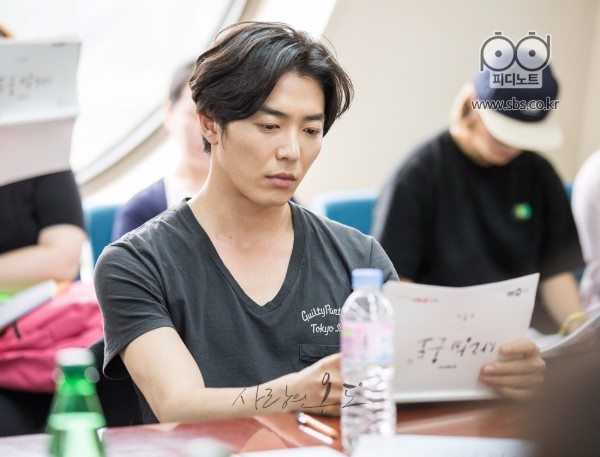 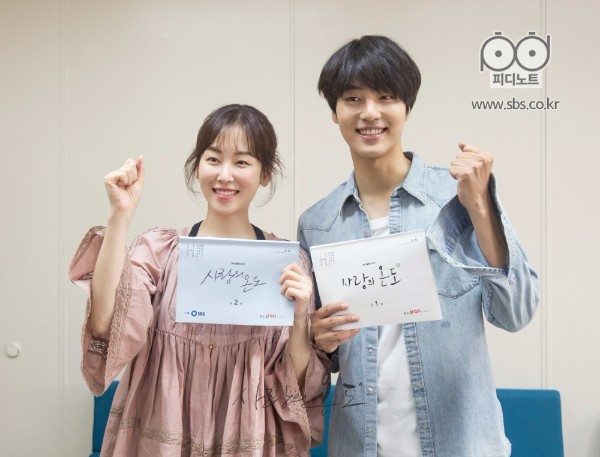 Gosh, they look so cute together! I missed Seo Hyun-jin, so happy to see her.

I love the cast ❤ and having Kim Jae-wook back on my screen is always good! I can never forget his portrayal of the psychopath killer in The Voice, he gave me chills!

Kim Jae-wook fulfilled my quota of sociopathic serial killers for probably the next five years, thanks to his role in VOICE. I'm still recovering from it, and threw in the towel on CRIMINAL MINDS after only a few episodes. It breaks my heart to take a pass on live-watching Lee Joon-gi, but I couldn't take the darkness, at least at this time.

Thanks, drama gods, for KJW in a rom-com, with Seo Hyun-jin and Yang Se-jong, no less! This calls for major rejoicing. ;-)

imho, I didn't watch Duel so idk what to expect of Yang Sejong and not really a big fan of noona romance (Yes, hate me) BUT I'LL DEFINITELY WATCH ANYTHING WITH SEO HYUNJIN. I just missed her on my screen, that's it.

I'm with you, re: Seo Hyun-jin. I started watching her in LET'S EAT 2, then got distracted. Must get back to it. Her starring in a rematch with Yang Se-jong sounds utterly delicious, and has me drooling in anticipation. ;-)

Yay Seo Hyun-Jin is back. I loved both her and Yang Se-Jong in Romantic Doctor Kim (I loved the whole cast there ?) and I am in need of a good rom com so very excited ? for the drama. I love noona romances and their jobs mean lots of comedic hijinks and lots of food on my screen ? ????

I can't believe how good Yang Se-Jong is in his recent drama! Duel was't a perfect show but he totally rocked in his role(s)

Amen! Yang Se-jong was great in SAIMDANG, too. The sageuk part of the show was better than the modern portion, IMHO. Anyone wishing to get their feet wet in a historical romance could watch only the Joseon-era segments and have a pretty enjoyable show.

My most anticipating drama till now!!!The whole cast is amazing and the plot sounds actually quite good...

September will be perfect: Deserving Of The Name on the weekends and Temperature Of Love to start the week!

Yang Se-jong was the only reason I watched as much of Light's Diary as I did. (He was so good in both the historical part and the modern day scenes.)

I agree! Yang Se-jong was excellent in SAIMDANG. I hope he does a full-blown sageuk one of these days. He looks terrific in hanbok.

I was also impressed out of my shoes with his quadruple roles in DUEL.

Indeed, he was. I burst into tears when he cried and begged Saimdang not to marry the other guy. Because of his acting, I felt sad most of the time for adult Lee Gyeom because I knew how painful it was for him to watch his loved one married another guy.

Yang Se-jong did such a good job as young Lee Gyeom, he gave Mr. Hand Towel as the adult version of the character a real run for the money. I thought he did a great job as the art history grad student in the modern timeline, too. Alas, the contemporary storyline was not as interesting or well-done as the Joseon one. It was too makjang for my taste. YSJ's performance was definitely one of its high points. ;-)

Solid cast! Looks good, anticipating this! SHJ is fabulous. Hope YSJ will amaze me once more.

SO many pictures!~~ :D *excited*
Ack need to finish Duel, but Yang Se Jong is still reminding me of his Duel character in these photos. xD

I saw some other filming photos of him and Kim Jae Wook. They kept the same, dark hairstyles and they looked sooooo HOT, especially KJW. That man deserves a lead role stat!

Not a big fan of noona romances, but I like them when the chemistry is there. Seo Hyun Jin & Yang Se Jong are looking super cute. It's an added bonus that I got to see them acting together in RTDK.

Yang Sejong has gone from secondary character to leading man in like, a year. Amazing!

When I think back on some of the complaints about his acting in the RDTK recap threads, all I could do was shake my head. The character was a tsundere -- but when I observed YSJ very closely, I could catch highly-nuanced expressiveness from time to time. It wasn't until I watched SAIMDANG that his acting chops became fully visible.

AND he had the cutest smile EVER!

People sometimes forget that sometimes, actors can only be as good as the character in the script they are given. It wasn't as though he was the lead and spent a lot of time on screen, either.

His rise was definitely meteoric! I liked him in RDTK and thought he was very nuanced in his character. I've been following him since. Didn't see him in Dual though. But because I'm not a fan of kidnapping plots.

Duel is where he really showcased his acting skills. OMG. He played 3 characters( the doctor, the evil one, and the good one) totally different from each other. His eyes are expressive enough to show who really is who.

But the best part of all was when one clone impersonated the other -- and you could tell the difference if you'd been paying close attention. Besides his eyes, his body language differed, too. But it was so subtle, he fooled the bad guys. In effect, Yang Se-jong played 4 roles, when you count that impersonation. He was amazing in DUEL.

Omo! I miss See Hyun-jin Unnie already and seeing this made heart happy! Yey! Plus, that picture with Kim Jae wook and both of them smiling. Uwaaah Second Lead Syndrom Feels.! But together with Yang Se jong, they look cute and adorable. Can't wait for this drama. I kinda relate to the premise of the story! <3

14 bebeswtz❣️Xiao Zhan is the sunshine in human form ☀️

This is what worried me. Granted,I only watch "Doctors" for 2 episodes, but the general feedback I came across was not encouraging.

But it's with SHJ,KJW and YSJ

I can't wait for this. I've been counting days for this drama! I need more of Yang Sejong!!

You and me both, dear!

Manseh! I'm looking forward to TEMPERATURE OF LOVE. Thank you, tineybeanie, for explaining the title. Now it makes sense. It was kind of a turnoff, but now that you mention the cooking metaphor, it's a lot more appealing. Here's hoping for a good slow burn -- or steady simmer. ;-)

I just hope Seo Hyun-jin will be able to make it back for Let's Eat 3.

I am happy seeing the 3 actors i really like. Kim jae Wook, Seo Hyun jin, Yang Sejong.. I really love these 3 and i so torn between Jae Wook and Sejong. Both are really good at acting and plus the charisma and looks. I dont know who to choose. Why did they have to come up in one drama and play male lead and second lead. UGH! It is high time KJW gets a lead role. He deserves it more than anyone else.

But when the drama airs, and if i really like it will watch it, but it will still be too hard too..

looking foward to it

Seo Hyun Jin is my ultimate girl crush. Been following her since Let's Eat 2 and like her even more in The Three Musketeers (why did they cut this drama?!! I never get to find out if the prince likes her back!!!And don't get me started on Vampire Prosecutor!) . Visual wise she looks good with Lee Jae Wook. Poor guy..always a second lead while other younger actors get their leading man break.

God! how can one choose between Jang se jong and Kim jae wook??!!

Wow, this is the first time I think I'm getting the SLS just from seeing them in some same pictures. I loved Seo Hyun-Jin in many projects (e.g. Another Oh Hae-young, RDTK), so I'll be definitely tuning in when it airs.. just hope that the plot and the directing don't disappoint me because this show has a lot of potential just by looking at the cast.

I'll just try it when it airs but this line...
"a refreshingly blunt and honest personality; she’s a bright, lovable character with a quirky side to her."
I don't know... maybe I just can't connect with such character the most? ?

Yang Sejong or is it Yoon Si Yoon?

Seo Hyun Jin, I know you can delivery. Can't wait..

It's Sejong,though he does look like YSY at times

So PSYCHED. Finished Master Romance Just last week but these two look very compatible. For a drama with such a title it had very little romance so this is great timing.

All I can say is: OMGOMGOMGOMGOMG CRACKSHOSCRACKSHOWWCRACKSHOW this is going to be sooo good i just know it

Noona romances are my catnip. I hear noona romance and I will be there to watch it.

I also love Seo Hyun-jin. I haven't seen Yang Se-jong in anything yet but my Mom just finished Duel and cannot stop raving about him. Excited to see this!

Brilliant! Such attractive characters and a great story!