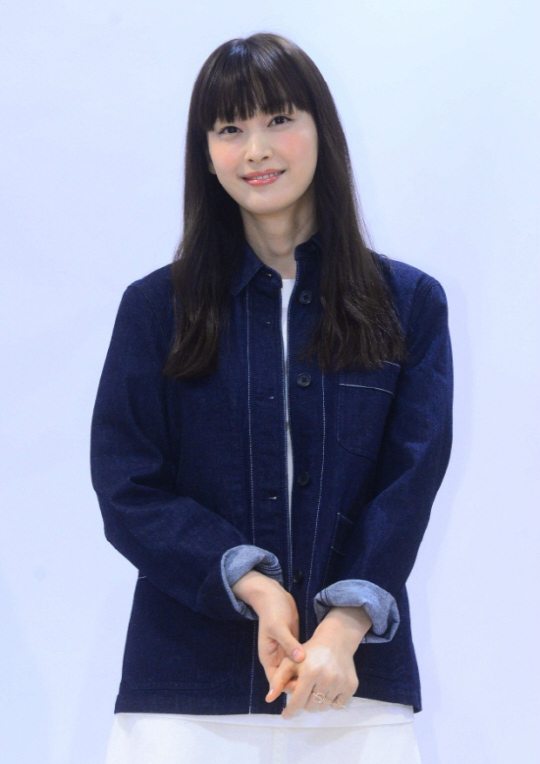 It feels like a carefully chosen comeback project, and for that I respect Lee Na-young’s genuine appreciation for films and filmmaking. After a five-year hiatus, Lee (Runaway Plan B) is confirmed for the starring role in the indie movie Beautiful Days, which will be directed by up-and-comer Jero Yun (also known as Yoon Jae-ho).

Director Yun screened his last work, a short film called Hitchhiker, at the Directors’ Fortnight at Cannes in 2016 and received accolades for his documentary Mrs. B., A North Korean Woman that same year. Mrs. B was about a North Korean mother who smuggles between the two Koreas and China and who saves her hard-earned money in order to reunite with her sons after a long separation.

The material may have been the inspiration for Beautiful Days, which will be a film based on a true story of a North Korean refugee who will leave family behind in China and flee to South Korea. Lee will play the mother who reunites with her son 16 years later, and one who has lived in the pain of the past but who has never lost her courage. It sounds like it’ll be an emotional ride, but the movie promises to take the mother’s anguish and to turn it into a message of hope.

Lee is said to have been drawn to the film due to the charm of the screenplay and her confidence in director Yun’s ability, and has accepted the role without a guarantee (which assures a minimum payment to an actor even if the movie doesn’t come to fruition). She’ll speak both Chinese and Korean in the film, and while I’ve enjoyed Lee’s quirky previous choices and liked her best in the zany Please Teach Me English, I’ll bet the real-life experiences of marriage and motherhood in her years away from the screen will add a layer of depth to her comeback performance.

Filming will begin in October and the cast is currently preparing for their roles.

I don't know this actress.
But a story seems to be very good and I'll check it out.
The story of a mother meeting her son is always very exciting.

really ? i think she's in equal fame with won bin if not more. before they got married, she had quite done some indie movie which i found really good. she's been paired-up with kang dong won, hyun bin, and joe odagiri before. quite surprising not much people here knows her work. me, personally, saw her first in someone special and following her works since.

She is an acclaimed drama and movie actress. She has worked in many films and her last drama was 2010 's Fugitive Plan B with Rain.
She is married to actor Won Bin.

Completely agree, I love stories about family reuniting especially with the high stakes on this one where she has to escape North Korea, can't wait!

I liked her in Maundy Thursday. Now if she could get Won Bin to come back...

Same thoughts. I was like: Lee Nayoung as in Won Bin's wife? If having his wife back to the limelight will draw Won Bin, out I'm all for it ?

Finally, I liked her in Fugitive plan B and Howling, hope she improved

Wow! So excited for this! Hoping for Won Bin to confirm a role soon too.

Yay for her comeback, but I wish they'd rename the movie. There are already too many shows / movies named Beautiful Days...

I agree. It can get confusing.

I've only seen Lee Nayoung in Maundy Thursday. She's good and edgy actress. Would like to see her back on screen!

I don't think I've seen her other work but I liked her in Please Teach Me English and this project sounds very interesting so hopefully it will go ahead.

If you want to see her in a drama check out Ruler of your Own World. Other than that she's been in several good (indie) films.

Please teach me english was a cute little movie! Loved LSY and jang hyuk together.

So when is Won Bin coming back? Even his wife is back after having a child!