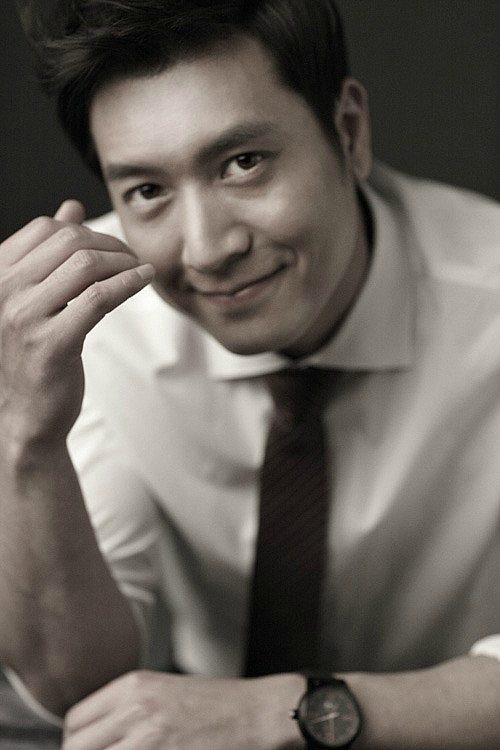 MBC’s upcoming doctors-at-sea drama Hospital Ship has lined up a guest appearance by Jo Hyun-jae (Yong-pal), and while no details have been given about the character other than his name being Jang Sung-ho, the show promises that the spot, while short, “will be significant and have a strong impact” in the show (…uh, does he die?).

Jo was reportedly approached with the offer by the drama’s writer, Yoon Sun-joo. He explained that even before reading the script, he able to readily agree to this appearance because he’d had faith in her prior dramas. Many of the headlines are referring to his guest spot as a “loyalty” appearance due to a connection with the writer, but as far as I can tell they haven’t worked together before: Past dramas from writer Yoon include Hwang Jin-yi and Immortal Lee Soon-shin, both very well-regarded historicals; more recent dramas include Hanbando and Secret Door.

Hospital Ship stars Ha Ji-won as a skilled surgeon who somehow loses her reputation and takes a job aboard the hospital ship, which provides care to under-served island communities. She’s the cold but competent doctor who could use a gentler bedside manner, while her younger colleague, played by Kang Min-hyuk (Entertainer), is the opposite, warm and compassionate. Lee Seo-won (Liar and His Lover) is her opposite in a different way, playing a doctor of Oriental medicine. I like both guys well enough though I can’t help but think Ha Ji-won is way out of their league as an actor; still, she’s certainly the center of the show, so maybe she’s all we really need.

Jo Hyun-jae hasn’t been as active as I’d wish, particularly after expanding his range by going dark and evil in Yong-pal. I think that really opened up a new side to him, and I’d like to see him in more dramas! So fine, I’ll take your measly cameo, if that’s all we can get for now.

Why didn't Jo Hyun Jae get any lead offers anymore?
Did they forget his most memorable role as Han Kang? Kang-ah!!!!!

Maybe he's slipping out of the leading actor age-range? Or just hasn't got an offer he likes?

I swear all this time thinking Kang-ahh was played by Ryu Seo Ryung (Joon Hwan in Father Is Strange).
Never guess Kang-ah and Doong Jo (Kim Tae Hee's brother in Yong Pal) are the same guy!

He looks damn smooth and handsome in Yong Pal! He needs to be deliciousoo villain like Lee Dong Gun damn it!

He should be the lead, and they could have an adorable dynamic like the leads in OBGYN.

He will forever be Han Kang to me! Kang-ah! ??? Too bad its a cameo. I do hope he get to lead in another drama soon. I dont even mind if he will play evil like in YongPal.

He suits more as ha ji won's love interest in the drama if there is a loveline and agewise he can even play a senior doctor. Too bad just guest appearance.

Ikr? I'm getting salty these days when it comes to casting lead roles. No wonder why the ratings are at it's lowest.

Maybe he is her first love in the show. But would be nice if he is a lead.

I'll take whatever it is, as long as I could see a glimpse of uri Kang-ie ?

How many episode a cameo can play ? Please show him in more than an episode only, jebaaalll... I miss my Han Kang so badly...

I loved him in Yong Pal.. he was one of the most charismatic villains ever.

Lols, my theory that Ha Ji Won leaves her husband/love interest on land might just be right... we can only wait and see.

Am I the only one excited about this drama? Mainly because I hope for a lot of vicarious sightseeing of Korean islands.

Now I might be tempted to tune in to HOSPITAL SHIP, if only to catch a glimpse of my archetypal Korean prince (MyongNong, Seodong) in 21st-century civvies. I've really been missing Jo Hyun-jae, and hope he'll again grace us with his presence (and wonderful voice!) in a leading role. I'd love to see him in another sageuk.

I couldn't help to be excited when I saw Jo hyun Jae in hospital ship.