KBS weekender My Golden Life gears up for premiere 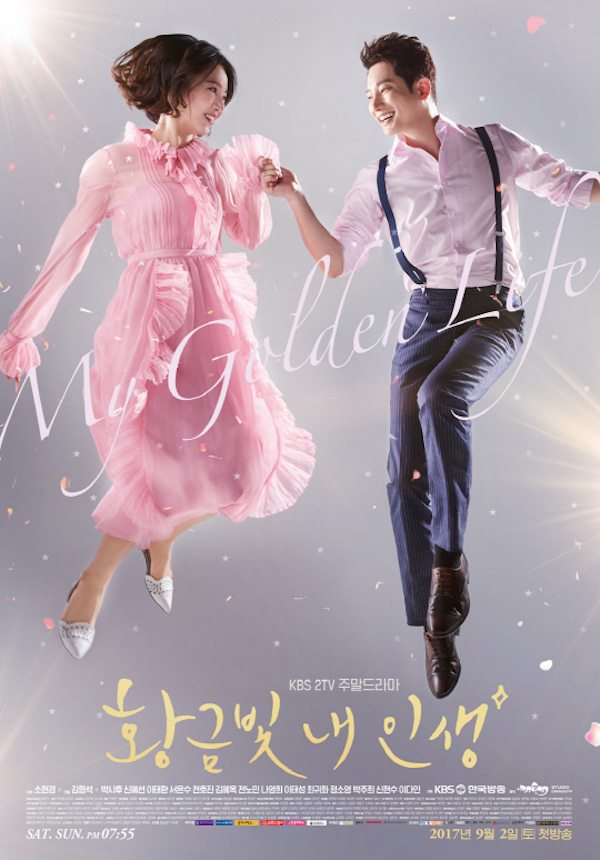 Shin Hye-sun (Forest of Secrets) and Park Shi-hoo’s (Neighborhood Hero) family drama My Golden Life has released its second teaser, featuring the both of them and second leads Lee Tae-hwan (Father, I’ll Take Care of You) and Seo Eun-soo (Duel). In addition, three new posters have been released that show completely different aspects of the show: family, love square, and the main romance.

The show is about how a “dirt-spoon” (meaning impoverished with no connections) woman is given an opportunity to experience a golden life by assuming a false identity. In the teaser, Park Shi-hoo surprises his employees in the elevator as they’re gossiping about him, then fumes to himself, not understanding why they think he’s haughty. He’s introduced as Choi Do-kyung, who’s totally clumsy despite looking perfect on the outside, and we see him peering down the hallway, perhaps spying on some other coworkers.

Shin Hye-sun gets introduced with the text: “Do you know what it is to live like a dirt spoon?” Her character is Seo Ji-ahn, an infinite yes-woman who dreams of becoming a full-time employee. She’s seen defending herself to other people, telling them not to judge her for her lifestyle and to just concentrate on their own lives.

Seo Eun-soo plays a character named Seo Ji-soo, who is a “one-sided love specialist” and a bohemian part-timer. She’s infatuated with Lee Tae-hwan’s character, and throws thumb-hearts at him, which he catches in the teaser. He’s introduced as Seon Woo-hyuk, who hates frustrating women and is an all-around cool guy.

The final scene shows an interaction between Choi Do-kyung and Seo Ji-ahn, where they’re both on the road. From behind her, Choi Do-kyung furiously signals for her to stop, but she thinks he’s a weirdo and tries to avoid him until he cuts her off to force her to stop. He then points out the damage on his car.

The copy switches between: “Coincidence.” “Inevitability.” “Destiny.” “Ill-fate.” Suddenly shocked, she exclaims, “Did I really do this?” as he lets out a long sigh of frustration. The text onscreen then asks: “What will be next?” It won’t be long until we get to see for ourselves.

Warm human family drama My Golden Life will air on Saturday and Sunday starting September 2, after the end of the current KBS weekender Father Is Strange. 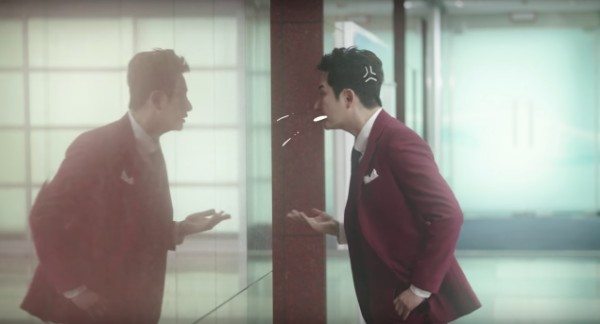 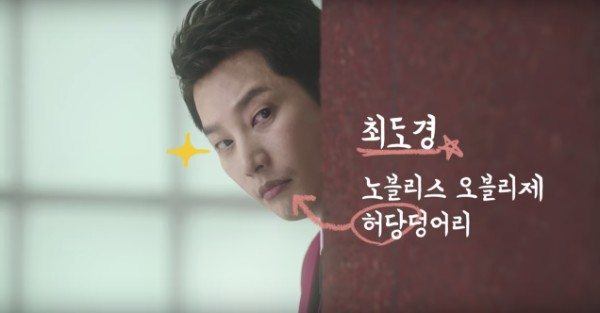 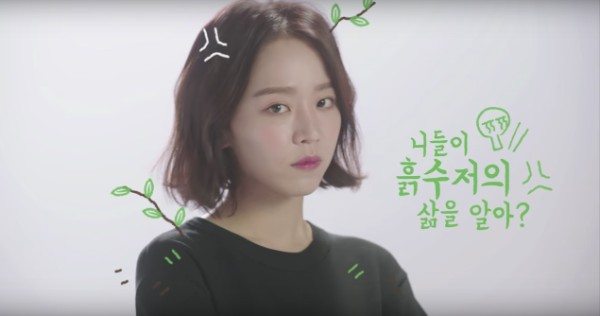 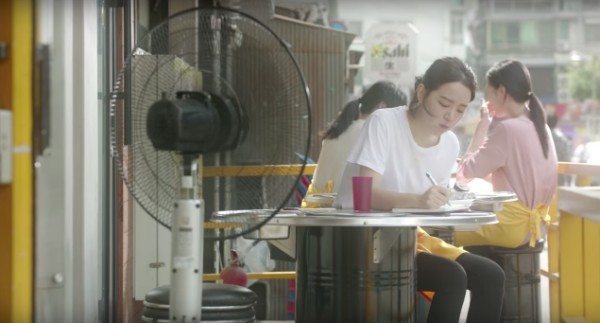 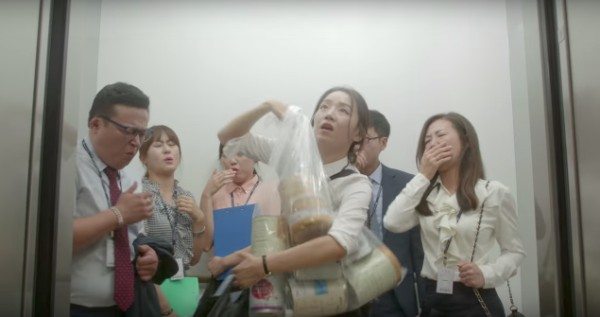 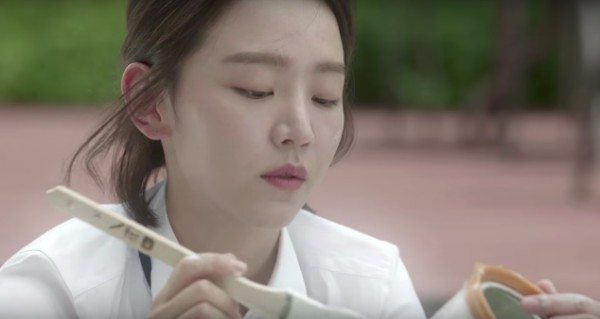 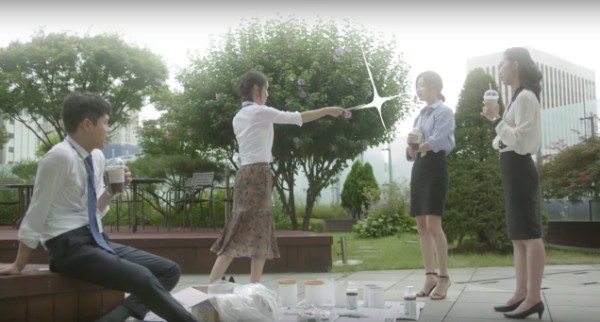 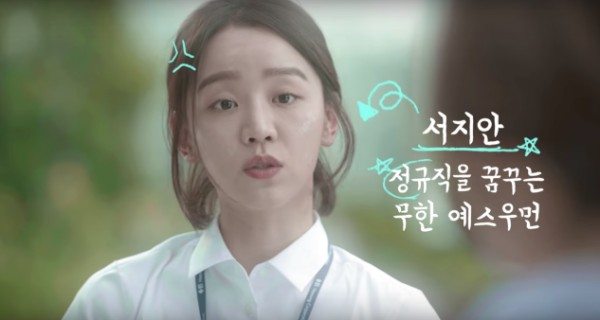 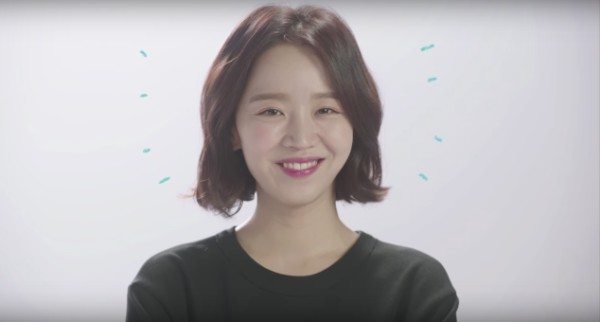 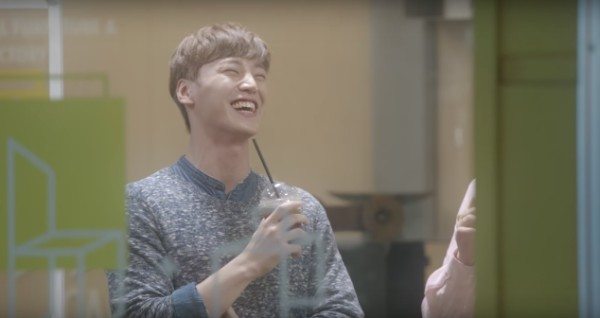 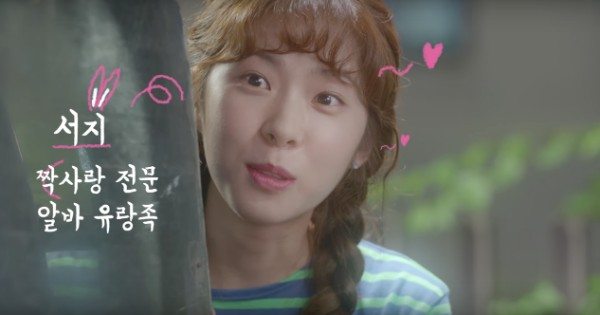 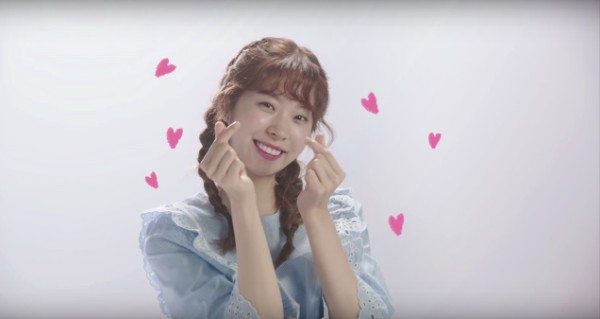 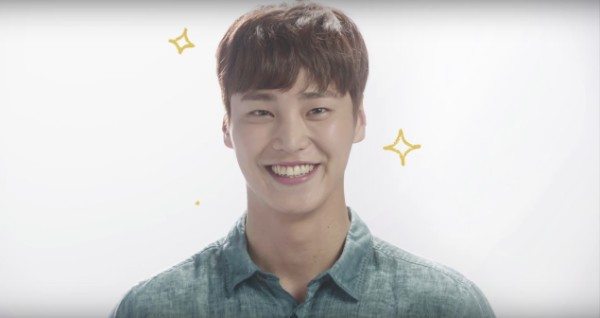 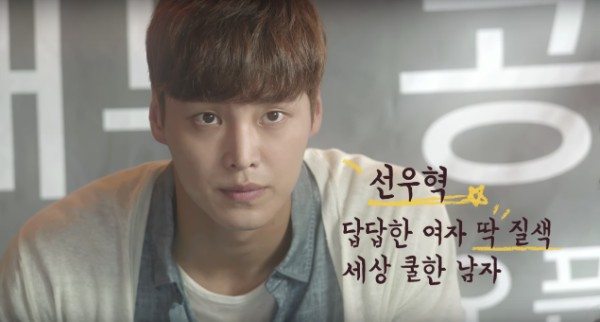 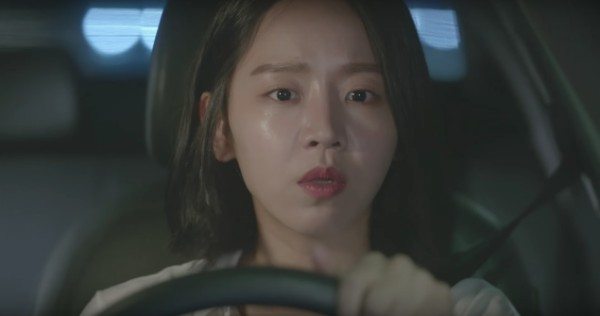 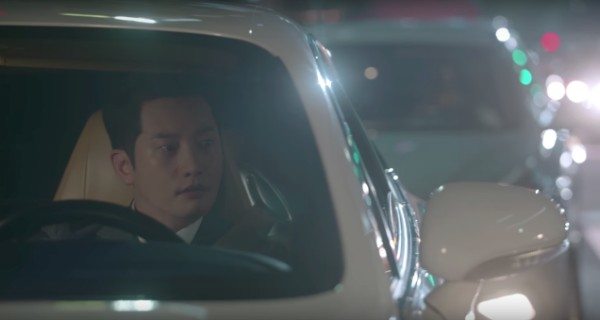 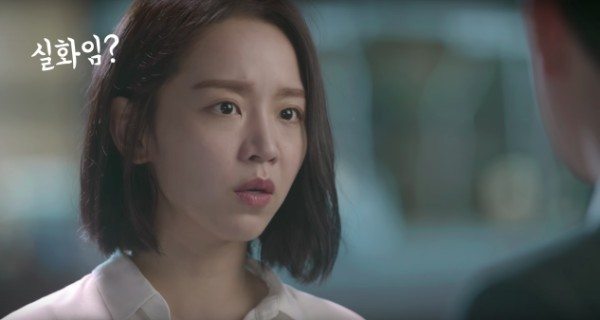 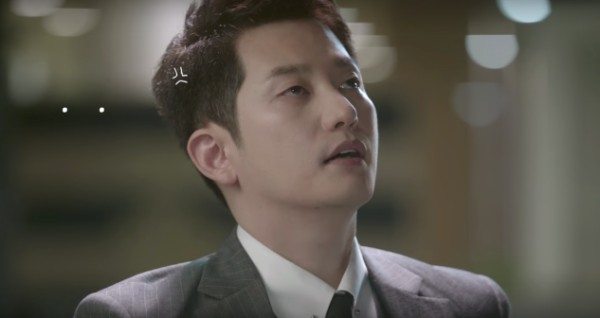 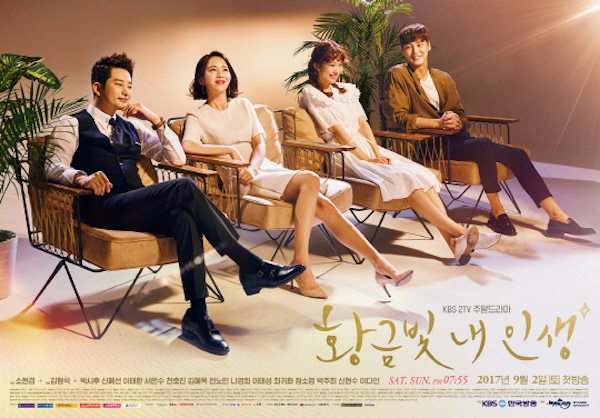 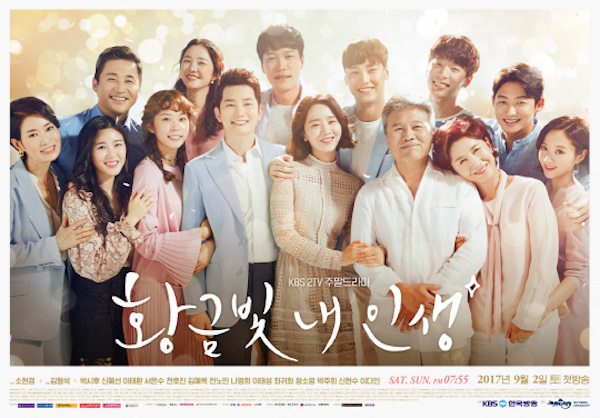 Well, Shin Hye Sun and Lee Tae Hwan look as cute as cupcakes, so there's that. I dearly wish I could block out the main lead and replace him mentally with someone else. It would be so much easier to check out this drama then. Is it too late to make Lee Tae Hwan the lead who gets the girl? Cause that's something I could get behind.

Lee Tae-hwan and Seo Eun-soo will make a cute couple and I already shipping them ❤ Although it will be quite painful to see her have a crush with him first and hopefully he is not that cold towards her. Based on teasers, main leads kinda made me cringe lol. I don't know if this will be a good family drama but hopefully yes.

The posters are so sparkly, it's nice.

Yeah my queen Shin Hye Sun is already back on the screen!!!
Not in the kind of a role that i would wish for her: i would rather have her act in a film or even a sageuk if she really prefers tv, but i'll take what i get and cross my fingers that her next one will be darker.

At this stage, i'm just happy that she's the lead in this one. Also, i do get why she would want a bright, fluffy romance after what happened to her character in forest secret.:(

I have no opinions on the other leads: i have never seen Park Shi Hoo in anything, and only seen very little of Lee Tae Hwan and Seo Eun Soo.

Hopefully, the korean audience will be more indulgent and forgetful with Park Shi Hoo than the international fans and the ratings will be as high as they were for father is strange.

I am trying to put aside his personal scandal but seriously, am not ready to watch Park Shi Hoo playing a chaebol, even though a haughty a**hole kind in a weekend family oriented drama. It's definitely not fair to have all doors closed for him but it would be bearable to watch him taking darker role like Kim Jae Wook's in "Voice".

Agree with you @delailash. I was OK when he did his last drama, but now why must it be weekend drama.

I might see it but I have not seen that many dramas that last more than 16 episodes.

Hee, didn't he meet Moon Geun Young's character in Cheongdamdong Alice in a car accident as well? I haven't seen PSH in anything after that drama. Not sure how I feel but i love Shin Hye Sun!

This looks Super cute. Sung Hoon would have been a fantastic lead but alas it's PSH, can't bring myself to watch it. He's so greasy that his real life seeps into his roles.

I'm excited about ShinHyeSun but it'll be a long long long drama. Sigh. I barely have time to watch one drama in a week recently.

I tried watching the teaser and it's nope, nope, a million times nope.

I really wanna watch this drama because of Lee Tae Hwan ang Shin Hye Sun, but why must the lead be Park Shi Hoo? ?

This cast though! Jun no min, chun ho jin, etc... might have to try the first episode and try to skip psh's parts...

Park Shi Hoo.. Why? His acting and his image is terrible. Also, he looks older than Shin Hye Sun alot. Make I really worried about how Lee Byung Hun will pair with Kim Tae Ri.

I pretty much fell in love w/ Shin Hye Sun in Lotbs, but I'll have to skip this one or just watch her scenes and use the skip forward button vigorously.

Love Shin Hye Sun, but I'm not ready for PSH just yet..

I took a Work & Art class in university, which deals with relating/separating an artist's personal life with his work. I was leaning more towards being able to create that separation. However, after watching this teaser, I can't believe I cannot for the life of me erase that "dirty" (pardon for the use of adjective) image away from Park Shi Hoo. He was a favourite actor of mine to watch, but I have to admit that his past scandal did affect the way I view him.

It's quite unfortunate because Shin Hye Sun is an actress I love to watch and follow. I will still check out the first episode and see how it goes.

By hiring PSH, obviously someone was trying to give him a chance to redeem himself in the public's eye. But some scandals have too much mental imagery associated with them, making it impossible to watch the actor ever again (Park Yoo-chun is another). I don't think this is something PSH can ever cleanse off of his image (PYC, too). This is only my own opinion; I'm not speaking for anyone else.

Definitely looking to check out this one.

love the cast, hopefully this turns out well

The only thing I know about this show before I dipped my toe in the water was Park Shi Hoo's lead role. I remember him being awesome in Princess' Man and Queen of Reversal, but he fell off my radar for some time. Then I got curious today and started watching.

Boy, the surprises I got from this show! Lee Tae Hwan appearing every now and then to swoon us (looking forward to more!), the lovable family (we all know which one) and Shin Hye Sun! I remember her from other dramas playing supporting roles. But wow, she is SO good in this, her character portrayal is SO on point!

That said, I'm tolerating the show's stark contrast of the indoor and outdoor shooting quality and skipping all the makjang-ish scenes, just to watch the main leads, their growing love triangle and the Seo family!

I am addicted already at 4 episodes. I just have to know what happens next. I know I will get frustrated at all of the characters and plot that is being setup, but I just cannot look away.

This weekend drama has already trapped me. All the characters are connected. Hoping to to see the drama unfold.

Why does dramabeans not recap weekend dramas?

Dying for this week's video clips to come out so I can spout about how great it was to see the kids foil Ms. No's high-handed plan and for Papa Choi to start to fight back. Yay!