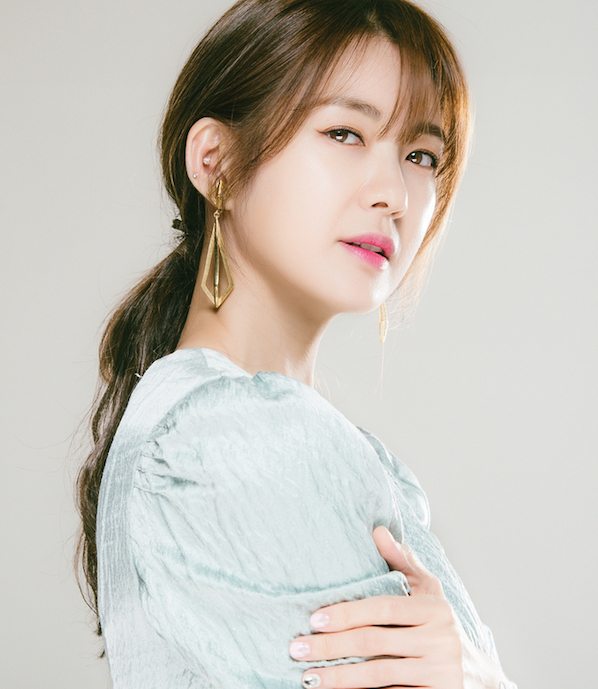 Actress Lee Yo-won (Night Light) is eyeing tvN’s Buam-dong Revenge Social Club as her next potential project. Based on a webtoon by the same name that was released from September 2014 to December 2016, it’s about a trio of women who set out for revenge against the individuals who wronged them. Lee Yo-won is up to play one of the three women, a chaebol heiress named Jung-hye.

PD Kwon Seok-jang will be at the head of this new project; while I did enjoy Pasta and Golden Time from him, Ex Girlfriend Club and Woman With a Suitcase do make me a little more nervous about what to expect. But the webtoon is a known property with an unusual premise and so far the cast is looking strong, so this will be a project to look forward to.

Buam-dong Revenge Social Club is slated to premiere sometime in the latter half of this year on tvN.

Let's make this 3 for 3 drama and pick someone as equally awesome for the last lady.

This seems really interesting. Cable TV is investing in some pretty cool casting choices. From what I have observed, since 2016 tvN is putting Divas (in the BEST sense of the word, I mean - actresses that are "movie star" level -) in its dramas, like in The Good Wife, Dear My Friends, Signal, Secret Forest and several others, including this one! Can't wait, to be honest. Another female-centric for my Plan To Watch list, yay!

Yessssss!! She was so badass in Ms.Temper

Yes yes yes! loved her in Ms temper Nam Jung Gi. Plus Ra Mi Ran! They did well with the casting.

The cast is shapping to be better and better!So gonna watch this!

Sounds like A Band of Sisters...
I agree that A Woman with a Suitcase, had such potential and the poor script killed it.

LEE YO WON is one of the best and the finest actress of Korea today! We do love her and follow her dramas. She did a very good acting in any way! Keep it up!

Lee Yu Ri can be a good choice too! Father is Strange is about to end as well!

wow I love Lee Yo Won
She's one of my fave K actresses, isn't she too young to be an ajumma?

She is 37 (or 38 Korean age), I think this suits her. Ahjumma is not necessary for middle age woman, sometimes woman who is past 30s also being called an ahjumma. Married woman is also called ahjumma.

What does the term really mean (Ahjumma) and doesn't it get lead to actresses getting discriminated against in the acting industry? I was just asking because it never really seems to get explained really well in translation. So I have always though it means "old lady" which perplexes me as the women the term is applied to do not seem that old

I also have no knowledge on the real meaning. But based on my observation, it is always to refer either to real old woman, married woman or older woman regardless of there's family relationship or not. Just like some younger girls call older guys as ahjushi. Ahjumma and ahjusshi are also a common used to call the sellers in the marketplace.

On "doesn't it get lead to actresses getting discriminated against in the acting industry" - many actors /actressess who are 40s above normally will only keep playing the role of father /mother and maybe just supporting roles, but that's not all. Some more established actors can still headlining drama/movies in that age. I don't know about discrimination in the acting industry, but the fear from being labelled as an ahjumma and getting discriminated because of it, is probably why some actressess are quite obsess to maintain their youthful look.

Thanks for the answer it really is quite helpful in helping me further understand the use of the term.

The word "ahjumma" in Korean literally means "aunt" - it is in fact an older archaic term that has lost it's literal meaning and is used to convey a wide range of different things. What people object to is the connotation of the term depending on the social context. Bit of an oversimplification, but consider the term "ma'am" (or "sir") - and the reactions that can arise from being called such (particularly if the person in question is not eager to relinquish her/his identity as a "young" person). Here endeth the lesson- from someone who is now definitely an "ajusshi" (similarly, literally "uncle")

On another note,Lee Yo Won looks so beautiful in that pic!

Yay!! Love the 2 leading ladies so far. Hope they get another good one. I was thinking the other ahjumma from Reply Me 1988. Taek's stepmom.
Anyone knows whether what is the genre for this? I hope it's not too serious, with a bit of comedy.

Oh yes! I would love to see her as a revenge seeking heiress. I absolutely loved her in Ms Temper and Nam Jun Gi!

The addition of Lee Yo-won to the cast would be great!

Okay! This is not on my radar but now that Lee Yo Won is here, hell I'm going to watch this.