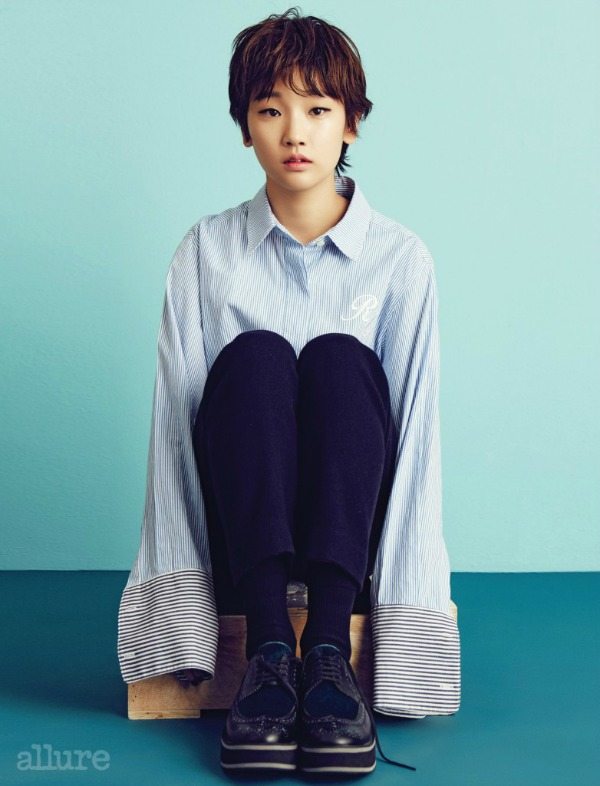 Oh, I love biopics! Park So-dam (Cinderella and the Four Knights) has been focusing on drama projects for the past year or so, but she’s taking on more Chungmuro roles with upcoming films Fifth Column and Good Day, and has added a new film, Lee Nan-young, to her schedule. The period film will be set against the backdrop of the Japanese occupation, and will follow the titular Lee Nan-young, a legendary singer who rose to stardom despite her humble beginnings.

Lee Ok-rye, who would later go on to use stage name Lee Nan-young, was born in Japanese-occupied Mokpo in 1916 and was later raised by her mother on Jeju Island. There, she became a local performer who would sing right before theater plays or movies. At the young age of 16, she caught the eye of a record producer and became the voice behind the famous trot song “Tears of Mokpo.”

I’m kind of amazed to learn that “Tears of Mokpo” is so old (it was released in 1935), because I remember hearing versions of the song sung by other artists, and I assumed it was more recent. In general, Lee Nan-young’s eventful life sounds very film-worthy, from backwater small-time singer to the voice behind one of the greatest hits of her generation. If nothing else, I expect an amazing soundtrack bringing back the really old-school songs of that era. I look forward to Park So-dam’s portrayal, but I do wonder whether she’ll do her own singing. It would be great if she did.

Lee Nan-young will be directed by Lee Mi-yeon, whose credits include films Third Glance and Bus, Stop. I’m not very familiar with those films, but I’m pretty excited to see that the script will be written by Shin Yeon-shik, who wrote another occupation-era biopic that was released last year, Dong-ju: The Portrait of a Poet. Hopefully, Lee Nan-young won’t make me cry buckets of tears like I did for his last film.

Filming for Lee Nan-young was reportedly supposed to start sometime later this year, but it has been delayed. Park So-dam is currently busy preparing for her role, so my fingers are crossed that they’ll set a date to start production soon. For those of you interested, please see below the original version of “Tears of Mokpo”:

That first picture is just so adorable. Cute as a button.

Absolutely loved her in C4K, she just made it her own and I couldn't help myselp but binge watch.

Good to see her back in Chungmuro with Kim Go-eun, Han Ye-ri after "Age of Youth 2" Chun Woo-hee after "Argo." I wish Ko Ah-sung had a film project line up too.
I ? my talented Indie girls.

She alway there, and have much more archivement in Chungmuro than dramaland. Second to, maybe Chun woo hee in her age range.
Just last years she won a Blue Dragon Award, best supporting actress. She and Chun Woo Hee are It-girls of Chungmuro right now.

That goes for the rest of the Indie darlings. Most of them started their career in Chungmuro and they are all still doing films.
Doing dramas is a way for them to gain more fans and recognition since they are not well known in dramaland. The male dominated Chungmuro doesn't offer enough lead roles for their age group too.
Kim Tae-ri is hitting a career high after the "The Handmaiden" and will follow the others to dramaland.
Shim Eun-kyung has an impressive film career and she is only 23.
I hope Park Bo-young will do more films. Kind of sad that her career came into a halt back then over disputes with her former agency.

Why do i feel like i know this song. Or do all songs from this period sound similar to me.

I love PSD in Beautiful Mind! However, if PSD cannot carry a tune to save her life, I prefer that she not sing rather than try to pull off something that the audience somehow have to say is great singing becuase she is playing a legendary singer ya.

Do the singing herself I mean.

Yeay for her! Glad she is active back in chungmuro this year. I can't forgive how her character turned to in Cinderella and 4K in second half just to give more scenes to some idol who can't act. sigh.

Ikr. They shouldn't bothered to casted her back then. Just cast another idol. Why should I talking about the past anyway.

I loved Dong Ju: The Portrait of a Poet. A really well written and aesthetic movie. Glad to see this scriptwriter's work again.

Can somebody explain it to me what chungmuro means? Does it refers to festival worthy movies or just any movies?

Hello,
I think Chungmuro (충무로) refers to an avenue in Seoul where a lot of the Korean film industry started out. It's also the location of the first movie theater in Korea. In essence, it is an area with a lot of history with regards to the Korean arts. I guess because of that history, the Korean film industry in general is considered "Chungmuro," much like how Hollywood is synonymous with the U.S. film industry. Someone correct me if I'm wrong. I hope that helped explain some things.

Wow. Thanks for the explanation. I always wondered the meaning of "Chungmuro". I had an inkling Chunmuro meant films but I was never too sure of it. Thanks once again.

I have this inexplicable strong liking on her.

Is it confirmed? I've been keeping up with the news but most news sites say it's not confirmed yet. Anyways, although I'll see her less with her taking films, I guess I prefer that over seeing her in mediocre dramas. Sodam ?

Lol I wonder if my Unnie even could sing?
I'm glad for her yet I want to keep her in dramaland because I prefer seeing her for months.

Just wondering what does chungmuro means?

that s great. I miss her so much. Hoping will see her soon.

I cant to see her on screen again. It's been a while.