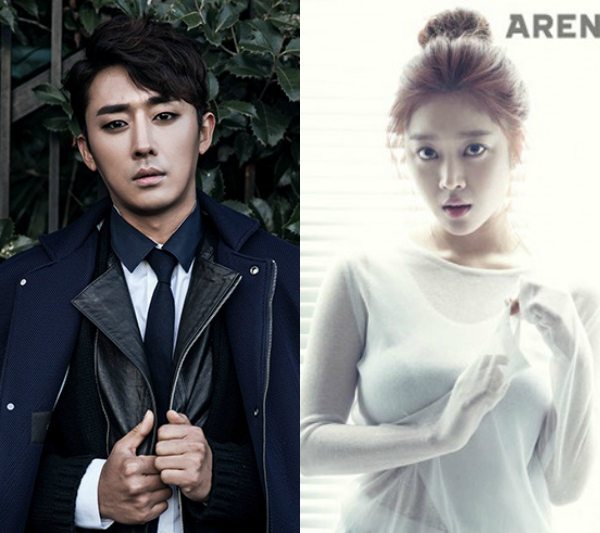 We have more fall lineup news with KBS’s announcement that Sohn Ho-joon (Blow Breeze) and Jo Boa (The Man Living in Our House ) will be in a Drama Special called Let Us Meet, Joo-oh (a play on words for Please Let Us Meet).

It’s about Gyeongseong’s trendiest modern boy and the girl who wanted to marry so much that she signed up for a matchmaking service. Then there’s Joo-oh, the male couple manager who is stuck in the middle trying to convince them of their compatibility. Gyeongseong was the old name of the capital before it became Seoul, back during the Japanese occupation era, so I’m hoping for a cute rom-com feel amidst the period backdrop.

Jo Boa confirmed her role back in July, and Sohn Ho-joon confirmed his recently. His last drama role was in Blow Breeze, a long family weekend drama, which was also his first time in a main lead role. Jo Boa has been a leading lady before in Surplus Princess where she played a naive mermaid-out-of-water, but has been mostly playing second leads ever since (Monster, The Man Living in Our House). But they both have pretty good comedic timing, so I’m looking forward to their chemistry together.

Let Us Meet, Joo-oh will be one of ten Drama Specials that will air starting September 3 on KBS. Other actors that have signed onto some of the other Drama Specials include B1A4’s Jinyoung, Jang Dong-yoon, Chae Soo-bin, and Ra Mi-ran.

Haetae and the mermaid <3 I already love this couple !

Weren't they both together in The Man Living In Our House ? SHJ cheated on Su Ae's character with Jo Boa and they had lots of scenes together. The chemistry was definitely there, wondering if beanie watched the show cause it wasn't mentioned anywhere in the article

He is Kim Ji Hoon.

Excited for Sohn Ho Joon! Haitai was my fave in Reply94! I wanted him to be a lead in a mainstream weekday drama but he went on to do Blow Breeze. I hope this special does really well for him ♥

OK this sounds cute and these two are going to be cute together. Glad to see Sohn Ho Joon in another drama although it's just one epi, since Blow Breeze pretty wasted him. Happy to see more BoAh in drama - this drama & Temperature Of Love too. It's good she declined Unni Is Alive earlier this year.

Omg Haitai! And the lovely Jo Boa! Some KBS drama specials are gems so I'm looking forward to this!

Looking forward to this. I always love a good drama special.

Yes, 2 dramas, though this is a special only, for Boa.