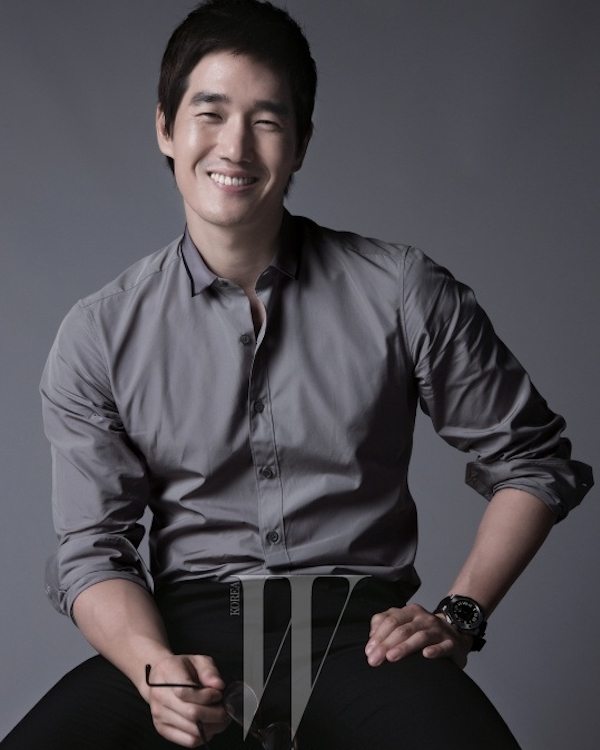 There’s going to be a new investigation team on the block, this one specifically to catch large-scale white-collar criminals. The new KBS drama Mad Dog is about an insurance scam investigations squad, potentially to be led by Yoo Ji-tae (The Good Wife), who has been offered the starring role.

If he confirms, he’ll play a former detective with twelve years of experience in insurance crimes and a 99 percent success record for uncovering them. The character will be the leader of the Mad Dog team, who can spot a criminal or scam artist from a mile away from just a mannerism or tone of voice.

The upcoming drama promises to depict the realities of the corrupt Korean insurance system. Insurance scams are usually executed from one template, and thus are often called copycat crimes—so it’s a play on words that the Mad Dog team will be sent out to catch the copy-cats.

I think Yoo Ji-tae would be an awesome white-collar crime investigator. But let’s be honest, I think Yoo Ji-tae would be awesome as anything on my screen, especially after his recent stint in dramas like The Good Wife and Healer, not to mention the classic movie Oldboy. Directing is PD Hwang Eui-kyung, who has done Partner and Romance Town—not my favorite dramas ever but they were watchable. Hopefully with someone as experienced as Yoo onboard, it’ll kick the whole production up a notch.

Oh how I wish Seo In-guk could be in this.

Like the tax squad reunite for insurance scam? ;P

Exactly.
Or he could use his profiling skills and be on the good side. He could play either side perfectly really.

Hahaha exactly what I was thinking!

Oooh, I'm getting Police Unit 38 flashbacks. :) I love Yoo Ji-tae so I'm looking forward to this!

2017 is the year of suspense, mystery, and law dramas and I'm loving it so far. I hope he accepts the role. Also he kinda looks like Cho Seung Woo and is a great actor like him so it'll help ease my post FoS slump

I will see him in anything. Hope he accepts!

Anything with Yoo Ji-tae :)

(I thought Partner was an awesome drama.)

Glad to find someone else who liked Partner :) It was definitely one of the better Korean procedurals I've seen. The writing and the directing were both decent, and the cast was very charming.

Yes please. He's hot AF so he could sit and read a book for 16 hours and I'd be into it.

lol, yes! Love the straightforwardness of your reason!

I want to see Yoo Ji tae on the small screen again. Hope he will accept the offer. I`m expecting a good cast along with him.

KBS has offered him another the lead role in the thriller drama "Double Play" about cold cases but It seams that the drama will not be produced anytime soon. Well, I still wish to see it but hope they will make changes and be a female centric drama. Let the leader of the team be a woman.

They can cast YJT as a tree stump and I'll still watch the drama, because I need Yoo Ji Tae back on my screen!!!

with recent casting news for Bad Guys 2, I definitely almost read this article thinking of the other Mad Dog team T_T
love Yoo Ji Tae though, in a good guy role this time

Yoo Ji Tae was really hot and sexy in The Good Wife. It left such an impression on me I'll be watching whatever he's in! ♥

I stills can't choose one between Yoo Ji Tae and Yoon Kye Sang in The Good Wife.
The PD and writer team.. I never watch Pd, and My Only Love Song is a bit..

You had me at Yoo.

I want him to accept but I won't a solid main and supporting cast. I am greedy after Forest of Secret.

I was excited for Yoo Ji-tae and now I read that Ryu Hwa-young was invited to appear as a main character. WHY? But maybe she will play one of the Mad Dog team and she is not the heroine.

I can't agree with this enough. Yoo Ji Tae in anything is awesome. I first fell in love with his acting in The Good Wife and then that love was cemented with Healer. And those were two completely opposite characters. He has a way of lending his characters a complexity that makes them so interesting to watch even if you're not rooting for them.