Finding love against all odds in SBS’s Temperature of Love 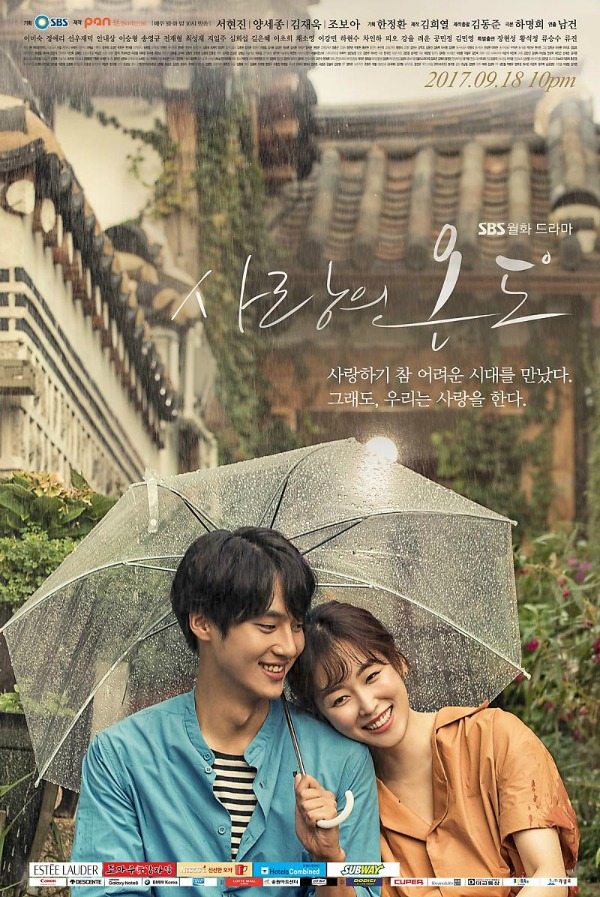 I find the new posters for SBS’s upcoming Temperature of Love gorgeous, and I’m equally excited to see Seo Hyun-jin (Romantic Doctor Teacher Kim) and Yang Se-jong (Duel) share the screen again. I can’t exactly pinpoint the reason why, but the promo material for this show is giving me major tonal flashbacks to KBS’s On the Way to the Airport, which coincidentally started its run around the same time last year. The stories don’t resemble each other at all, but maybe it’s the warm, fall-inspired colors, or the contemplative mood of the posters and teasers.

Temperature of Love will depict the love story between a screenwriter and a chef as they fall in love, separate, and reunite to find out whether they can find the perfect temperature of love together. Since the show’s focus is so squarely on the relationship between the leads, I’m that much more happy that Seo Hyun-jin and Yang Se-jong are the main couple, since I thought they were quite adorable together in Romantic Doctor Teacher Kim. Even just from their couple posters, I feel like they have romantic chemistry in spades. The posters of them enjoying each other’s company in the rain are accompanied by the tagline “We met an era in which love is difficult. But, we love anyway.”

I also quite like Jo Boa (The Man Living in Our House) and Kim Jae-wook (Voice) as second leads as well (though his turn as a chaebol serial killer in the OCN thriller was so good that I might find Kim’s restaurateur character unintentionally sinister). All four leads are featured in an ensemble poster of them on a rooftop, as well as individual character posters, where we get a small quote to reflect their personalities. I do really like the one of them all together, which reads, “To you, who is unaware that now is the brightest moment. To us, who live in the today where love is difficult.”

In Seo Hyun-jin’s character poster, she says, “I think, and think, and think again. That’s why I lost love.” Yang Se-jong shows his passion for his work as his quote reads, “There’s nothing fun about ranking food. Because food is absolute no matter who you are.” A man after my own heart, I see. On the other hand, Kim Jae-wook’s character seems to have a pretty severe perspective of the world: “Life is all about struggle and acquisition. No exceptions.” And I’m trying really hard not to go into this show already disliking Jo Boa’s character, who says, “This world exists for me. People exist as small existences for me.”

As fall is now setting in, I’ve been looking for a good romance melo to get into, and this show sounds like the perfect candidate. Temperature of Love will follow currently airing Falsify on Mondays and Tuesdays starting September 18 on SBS. 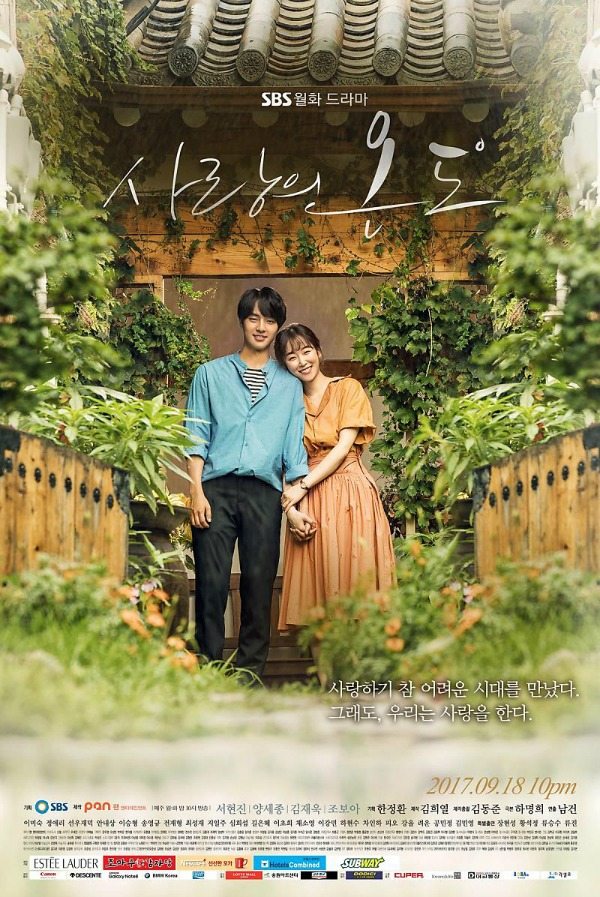 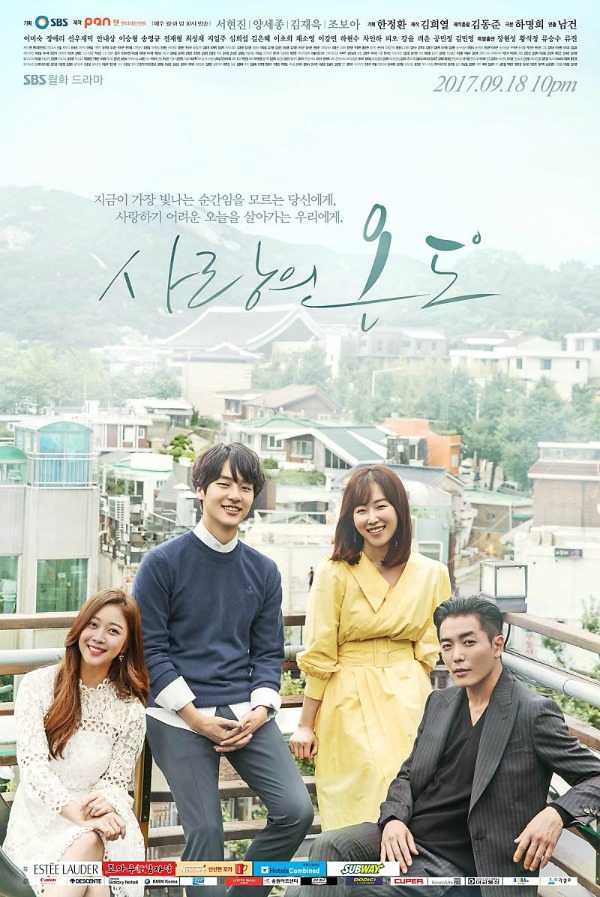 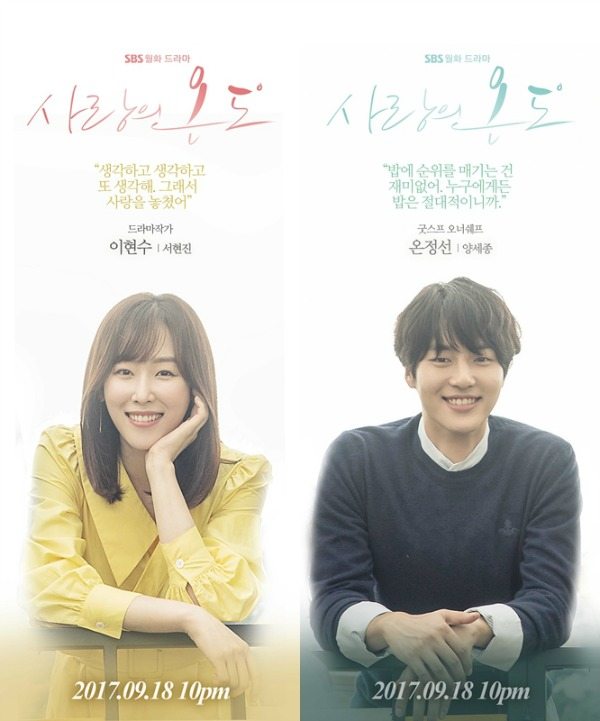 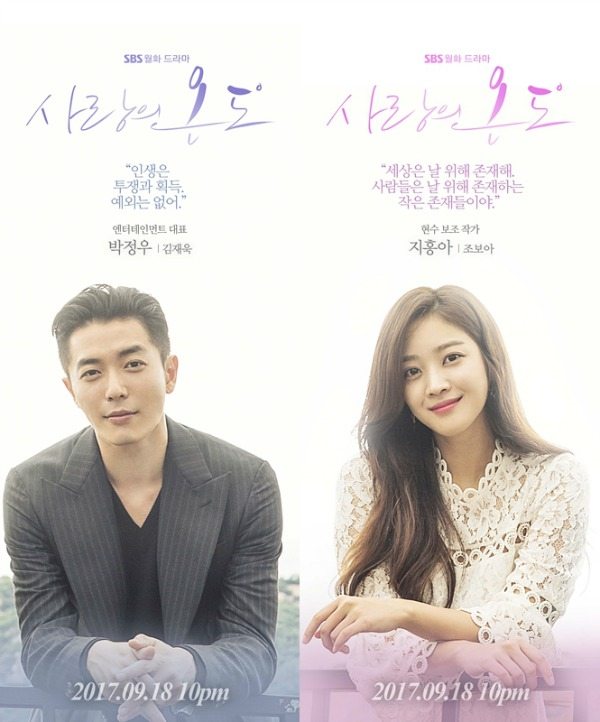 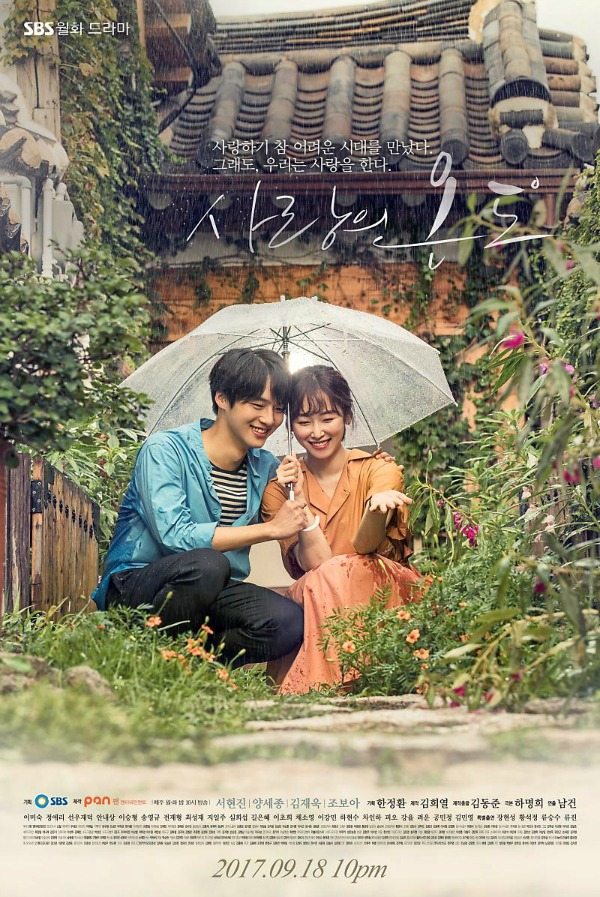 Ok, who gets Yoon Si-Yoon vibes from Yang Se-jong in in his solo poster.
Big viiiibeeesss :P

He's a mix of Yoon Si-Yoon and Go Kyung-Po for me. I find him handsome sometimes, and sometimes not really...It's weird lol.

I think YSJ looks like YSJ and has strong YSJ vibes. He's super handsome to me all the time. :)

I actually find him looking so much like Dong Gu everytime! Weirdly enough...sometimes I think his aura is similar to Kang Min Hyuk (CNBlue) and Onew (Shinee) as well. Hahahaha...Those sincere smiles....damn....So waiting for tomorrow! ^^ And Seo Hyun Jin!!! Can't believe I'm waiting for Monday to come...

Something about this drama says "I can be better if KJW was the lead"
but i'll take that it offers.

While I also want to see KJW as a lead, I also think YSJ deserves it. His acting is no joke and he puts in a monstrous amount of effort. He can really light up my screen. YSJ is human fireworks lol.

Poor Boa, you just know when they cast her in a second lead role.

I think Bo-a's character will be like Lee Sung-kyung's character in Doctors. Not super annoying but there are times we have love-hate relationship with her character.

and looking forward to this! surprised yang se jong is getting lead actor role so early on in his career, but not that i'm complaining hehehe

I can't wait for their stories to unfold on a cold autumn day, they are all adorable!

They are all sorts of adorable in the BTS as well! Seo Hyunjin told Yang Sejong to lean on her at one point and he quickly obeyed her. Lol~

"on a cold autumn day," - that sounds so lovely!

I do like Seo Hyun Jin but the age difference is so obvious. She really looks like Sejong's Noona so if they are suppose to be of similar age in this drama its not believable

Her character is supposed to be 6 years older in the drama.

The story is about noona romance. She is not supposed to look younger than him nor is he supposed to look older than her. 6 years difference between the original main roles written by the writer.

Oh c'mon she has such a fresh face, how can you not see it.

I also get On the Way to the Airport vibes from these teasers, which is good because I really enjoyed the mood of that drama. I'm feeling pretty good about this one.

If Yang Se-jong's chef character recites his poster line "there’s nothing fun about ranking food. Because food is absolute no matter who you are" in a Subway it will trigger some serious footlong regurgitation for me.

The first thing that sadly caught my eye was the Subway ad on the first poster. I'm prepared for him to make some amazing Subway sandwiches.

OMG the gardener in me just instinctively want to weed the heck out of that poster!

Okay, I will wait when it stops raining, and after they leave because these two really seem to have a great time and probably would appreciate some privacy.

It's another SHJ drama. Can't wait for the first episode. Btw, when i saw the posters, it felt like the poster of Shin Min Ah and the guy from Signal.

That little Subway sponsorship sticker is a little ominous.

I already ship Kim Jae-wook and Jo Boa. Can they please have their own lovelines in this show? I guess this is what it feels like when you love the second lead pair more than the main lead pair.

same here, since this is the writer of the high society i'm hoping the second leads can have their own love line rather than interfering uselessly with the main leads

But this writer also wrote Doctors and look how she treated Lee Sung-kyung in that drama.

I'm not usually a big fan of noona romance, but this one is an exception. Maybe because it's Yang Se-jong playing the male lead! Anyway, I may sound like a broken record, but I can't wait for this drama! I already marked my calendar and I've been counting days for this drama to air. I hope this drama will turn out good considering how I've been invested in this drama even before it airs. Please show, don't fail me.

I'm down for this! Love Seo Hyun-jin, and Kim Jae-wook popping up again is a great plus.

I love these posters❤❤❤

SBS obviously want this show to be the next Romantic Doctor.

"I’m that much more happy that Seo Hyun-jin and Yang Se-jong are the main couple, since I thought they were quite adorable together in Romantic Doctor Teacher Kim."

The official posters are very pretty, but some of the original pictures are a lot better. More chemistry. And the BTS is so cute!

The poster under the rain is gorgeous and perfectly capture the mood, absolutely love it!!!

I am very much looking forward to this drama because of Seo Hyunjin. Also it does have the On The Way to the Airport kind of feel and I loved that drama!

Finally a melo to look forward to!

ohh, interesting..but I don't really like the male lead