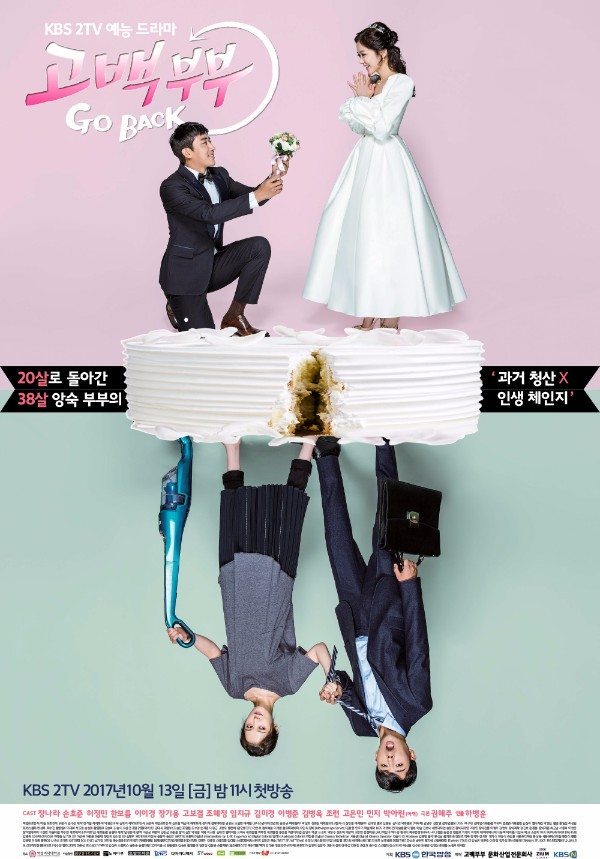 In a last-minute promo blitz, time-travel romance drama Go Back Spouses has released posters, stills, and a new teaser. Based on a webtoon called Let’s Do It One More Time, this new comedy drama is centered around a same-age married couple that fights all day—so much, in fact, that they’ve already visited the courtroom for a divorce.

Jang Nara (Fated To Love You) and Sohn Ho-joon (Blow Breeze) star as the titular couple who go back in time to their twenties when they first fell in love. They still have memories of hardship from their 18 years of marriage, but in their twenty-year-old bodies and surrounded by optimistic friends, unexplored prospects and opportunities, will these two make the same choice to fall in love with each other again?

The poster shows a cutesy proposal happening atop a wedding cake, but down below, it’s a complete reversal with Jang Nara strangling Sohn Ho-joon by his necktie. The poster reads: “The 38-year-old feuding couple goes back in time to their twenties: Past nature x life changes.” The second couple poster down below has the same copy on it, and also shows two opposing scenes: Jang Nara and Sohn Ho-joon are the picture of first love in the top image, but on the bottom, she’s wielding her bouquet like a weapon against him. 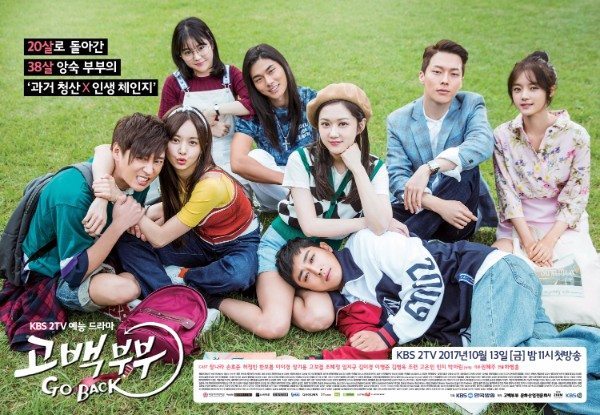 And then the group poster features the good ol’ college friends gathered together on the grass, since college is where they’ll all reunite. The stills follow suit and evoke a nostalgic ’90s vibe, with retro hair and vintage clothes worn by our characters when they were in their twenties.

The supporting cast includes Heo Jung-min (Introverted Boss) and Han Bo-reum, who play the “direct couple,” who’re complete opposites. His character is narrow-minded, while she is every girl’s free-spirited female crush. She’s a part of the Beauty Trio, a tight-knit group of friends who are known to be the prettiest girls on campus; the two are shown in the group poster with her gripping his head in a headlock on the left. Jo Hye-jung (Weightlifting Fairy Kim Bok-ju) plays a outwardly cold introverted girl, who is deemed the “visual” of the Beauty Trio and most sought after by the boys. Lee Yi-kyung (Mirror of the Witch) will be a fun-loving college student, and rival love interests Jang Ki-yong (The Liar and His Lover) and Go Bo-kyul (Seven Day Queen) are aloof and sophisticated.

The new teaser is very similar to the first, with just a few new scene additions. Sohn Ho-joon is a weary and cowardly breadwinner, but when he goes back in time, he turns into a passionate vigorous young man. Similarly, Jang Nara in the present is a nagging housewife and baby mama who has lost all her self-respect, but then a supernatural earthquake transports them back into their past lives in 1999, and she turns back into her former self, the Campus Queen and part of the Beauty Trio.

KBS’s Friday-Saturday drama Go Back Spouses will premiere on October 13. 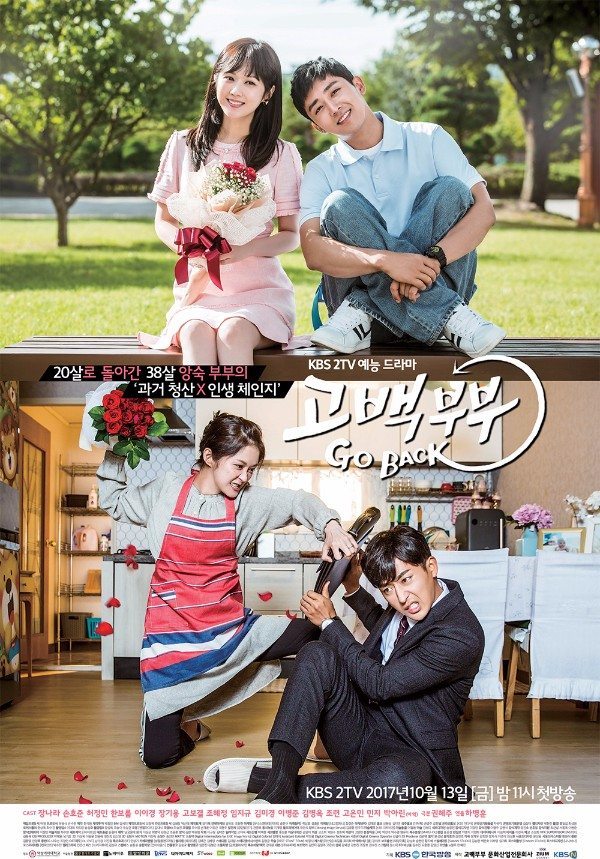 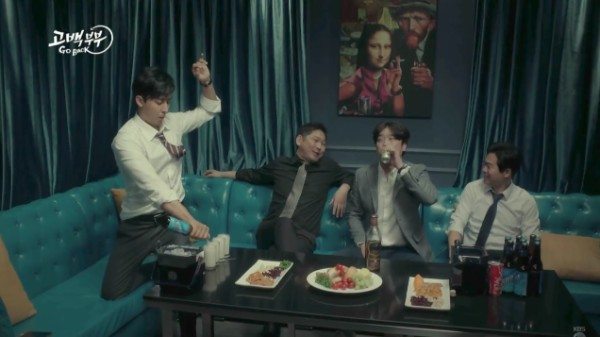 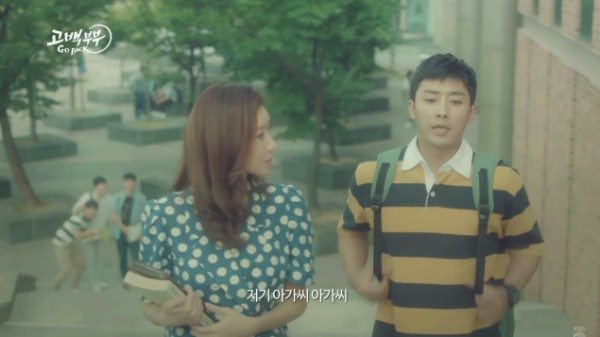 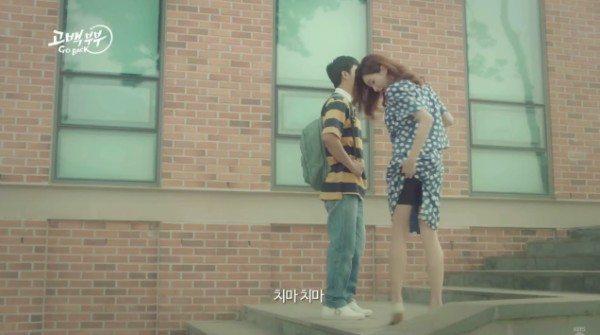 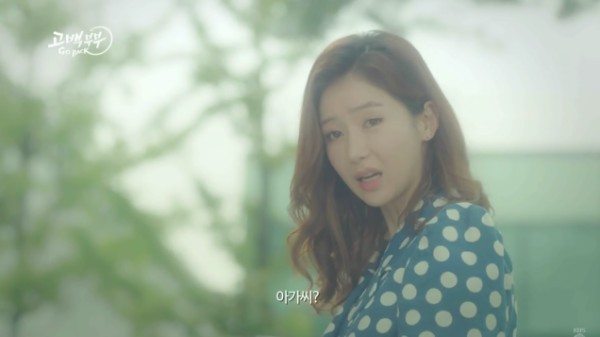 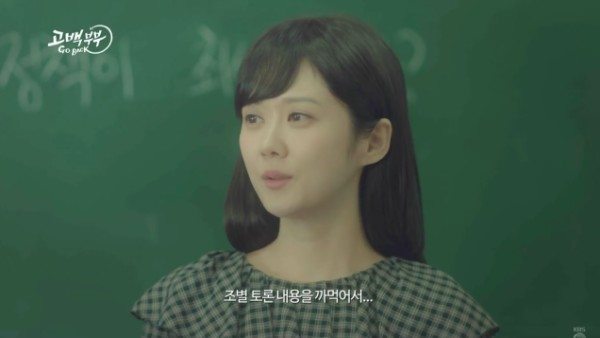 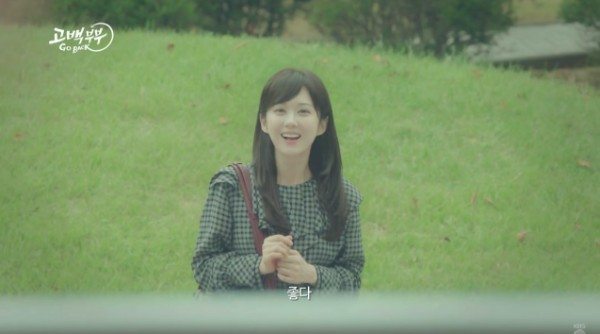 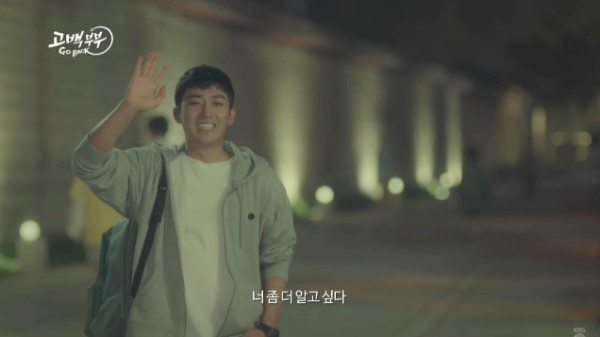 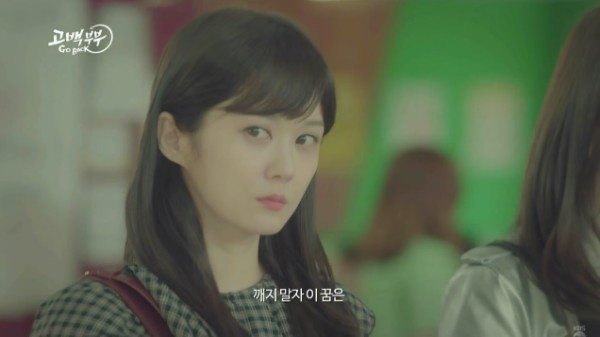 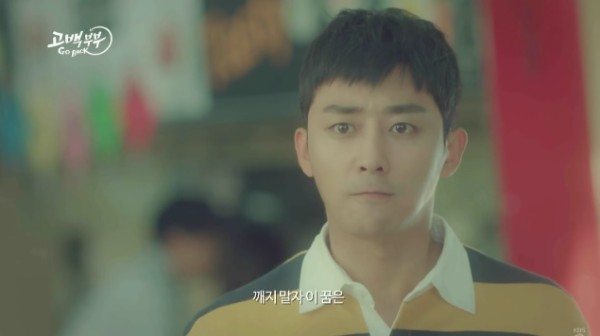 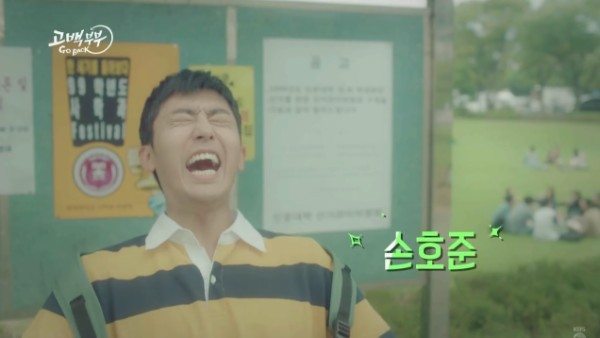 Eunji recommends this drama in her instagram today.
Maybe an OST?
Also, Jang Nara!
I will watch this for sure.

I was getting weary of time travel dramas, but this looks fun to watch!

it must be a beautiful love story. And a funny one.
I think more important than the end is the journey right? and they will be willing to lose the journey because of the end?
It will be interest to see...

Will watch this drama too. most of Jang Nara's drama are watchable.. She is cute and damn she is not aging at all..

I'm 38, so it sounds especially interesting to me!

Only Jang Nara can pull off being convincing both as a 38-year old and a 20-year old.

I am about to put the same comment! Lol! She never aging, so jealous kekekkekekke

I know!!! Whatever she's taking, I want it! She looks so gorgeous and 20, in the pictures of when she goes back.. So jealous....

I know! In real life, she is 36. I know the past scenes have some sort of soft filter, but still...what sorcery is this?!

Both Jang Nara and Sohn Ho-joon look so convincing playing their college selfs. I also expect another satisfactory performance from Lee Yi-kyung. Love them all.
By the way, is one of the Beauty Trio the actress who'd played Park Seo-joon's girlfriend in " I Summon You Gold "?

I like what they are showing us so far. Hope for another hit for JNR after her not-very-good One More Happy Ending, and a much more interesting character for SHJ after that awful Blow Breeze.

I'm in. JNR in her funny and sassy element is a must watch.

Oh my gosh! this is totally hilarious. I could watch it like now!

Aww they couldn't be happier in 1999, I wanna go back too! I can totally see how they want to pull off this particular time travel with this couple. It's gonna be hilarious seeing them act different around each other than they did back then. Imagine the hijinks!

hahaha everyone is mentioning Jang Moon-bok but I thought LYK looked like Lee Phillip from The Legend.....will I be drowned by angry fans if I admit I had to look up who Jang Moon-bok is?

Lol, I think I need to go back in time like JNR and SHJ :]

Am I the only one who is pondering whether the baby stays in present timeline when they go back and if they have their memories with them, how come they don´t worry?

Jang Nara must be ordering clones of herself from the past because she keeps looking the same! I she a cyborg?

Yes, that's something I wonder about too. I doubt the story will leave out the kid so easily, so let's see. BTW I also read that the lead lady's story with her mom will pull at our heartstrings...it makes me curious about what happened

Silly me thought that this drama already started and went to all sites to check about it just now, only to realize it will start on 13 Oct! 😵

Is that the ajumma in Healer (kim mi kyung)? i love her! So gonna watch this for Kim Mi Kyung, if not for Jang Nara.