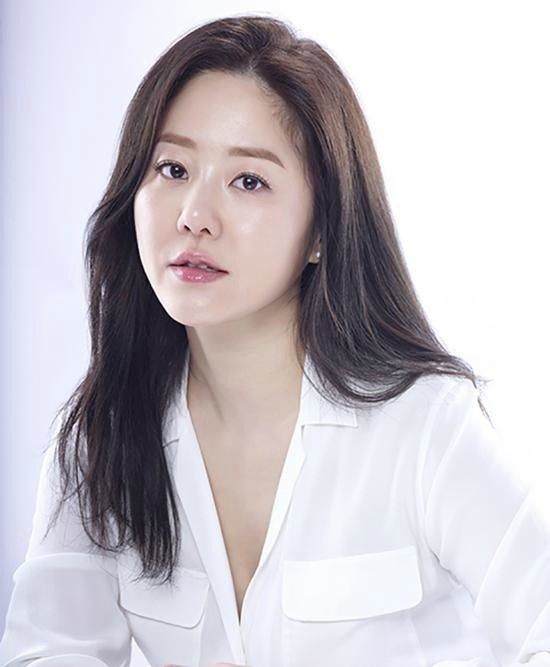 Ah, here we have news of a new drama in the works, a series on SBS titled Return that is currently courting Go Hyun-jung (Dear My Friends). Go Hyun-jung is one of those versatile top-rate actors who I can always count on to be so good that she actually amazes me each time (she killed me in Dear My Friends), so I’m curious to see what kind of role she takes next.

Return is a mystery-thriller drama that centers around a murder in which privileged children of rich upper-class parents come up as suspects, which then dives into the search for the truth. Go Hyun-jung is up to play Choi Jae-hye, a lawyer who grew up dirt-poor who is now the MC of a legal-themed TV show titled Return. Ja-hye gets assigned as lead on this murder case, kicking off our story.

If some elements of that sound familiar, it may be because PD Park Yong-soon also directed last year’s broadcast-show-themed thriller Wanted, where Wanted was also the name of the show-within-the-show. There were a lot of things about Wanted that fell short, and it tended to feel sloppy and sluggish in parts, but I think it had an exciting premise and a lot of potential, so I hope that Return can do things a notch better. (The PD also co-directed fantasy melodrama 49 Days and rom-com Divorce Lawyer in Love. The writer is Choi Kyung-mi, about whom I can’t find much information, which isn’t necessarily a bad thing but gives us little to go on.)

We’ve had quite a lot of shows taking on the 1% in villains’ roles (remember when they were the heroes and rewards in stories?), but it feels relevant and very much on point with the zeitgeist, and I would relish watching Go Hyun-jung playing the righteous underdog ready to take down some Goliaths. I bet she’d love it too.

Return will be a Wednesday-Thursday drama, though an exact airdate has not yet been set.

Ah, lawyer-turned-MC makes more sense. I dropped Wanted 'cause Pied Piper did it better but if they really nab her, I hope the rookie (?) writer's script do her casting justice.

She's awesome...hopefully the writer and PD don't waste her talent. I have nothing good to say about Wanted so...

Mishil is back! LOL it seems like whenever I see her face, 'Mishil' will come out first (together with her OST as BGM) 😆 Not that I didn't know her before Queen Seondeok, but somehow Mishil left a long lasting impression.

Anyway excited to see her back. Hopefully if she confirms it means the script is good. But if she is back with any epic sageuk, it might be even better.

It keeps haunting me. lol.

I think something go wrong. In your source, they said director is 주동민 - Yoo Dong Min, who directed The Family is Coming .

Huh, you're right. They edited that post from when it was initially published.

I`ll definitely watch this. I love the actress and I like the plot. Hope for a good project. I hope Go Hyun Jung will accept the offer.

I wonder if this drama will replace SBS drama Trapeze who had the same PD and who was recently delayed from November premiere.

Why is it so hard for dramaland to give us good actors, a good writer and PD at the same time?

Yeah, I'm not happy about this.

The fact that I'm having no problem connecting with/loving Kim Ah-joong in Live Up to Your Name (ironically with the Dear My Friends PD) has me seriously side-eyeing this director for the complete disconnect I felt with the characters and overall lack of coherence. Given, I did give up pretty early on that one, so I can't remember it well enough to judge accurately.

Obviously, Go Hyun-jung is on another level, as I still think Kim Ah-joong is just the type that either can't compensate directing/writing weaknesses or just does better in lighter material.

GHJ is much more versatile and certainly can compensate for weaknesses, but the problem is I don't want her to have to :/

I hear you! I'm excited at the possibility that she'd be in a drama but then she'll be carrying the dang show cause everyone else is lacking.

I think it's dramaland's current law.. you can't have a cake and eat it too. But why just why? Why so difficult to find a combination of greatness in those 3 fronts?

Excited for Go Hyun-jung!!! Here's to hoping this drama will indeed be better than Wanted.

I'll always have a very soft spot for Go Hyun-jung as she was one of the stars of 'Queen Seondeok'. She's an amazing, versatile actress.

I'm curious if the Wanted PD can do better this time around. That show had a cool premise but the execution was meh.