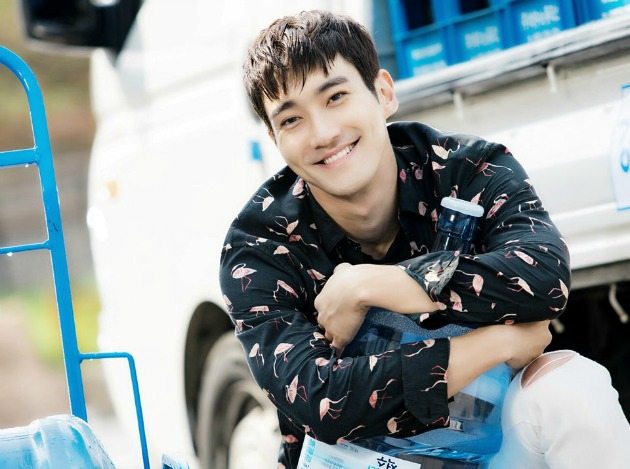 I’m desperately hoping that Revolutionary Love will be a great vehicle for Choi Siwon, because I’ve seen him wasted in too many bad roles and have been hoping ever since She Was Pretty ended that he would get to show that same kind of appeal in a leading role. (The same goes for his co-star Kang So-ra too, come to think of it, who’s shown a lot of talent from within a sea of meh roles, but this post is about Siwon stills so I’m fixated on his history at the moment.)

In Revolutionary Love, Siwon stars as Byun Hyuk (which means revolution, making him an eponymous hero, at least on the Korean side of things), a chaebol disguised as an unemployed ordinary dude who happens to have zero skills in making a living in the real world. That’s a stark contrast with Kang So-ra, who’s an ace at juggling part-time jobs, and Byun Hyuk spends his days without a clear goal, just enjoying himself freely with a romanticist’s spirit and an exceedingly positive energy (though he occasionally displays a spark of temper).

In these newly released stills, we get to see the naive and pure-hearted romantic who knows nothing of the real world. In one scene, he sits with a friend, though it’s not explained why he tries to swipe her purse. The scene with the broom comes from a part-time job, though with that character description I’d put money on him being terrible at it (and, hopefully, hilarious in the process). I kind of love this personality already, all romantic naivete mixed with goofiness and a boundlessly chipper energy. It’s like it was made just for Siwon, and I can’t wait to see the sparks fly when he “crashes his way” into the apartment complex where Kang So-ra lives. Muahaha.

Revolutionary Love comes from the director of Oh Hae-young Again, PD Song Hyun-wook, and writer Joo Hyun of Ms. Temper and Nam Jung-ki. It is set to air as a Saturday-Sunday drama on tvN following the currently airing Live Up to Your Name; it will premiere on October 14. 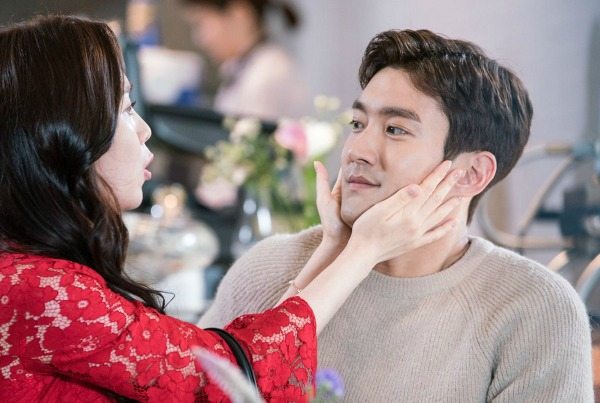 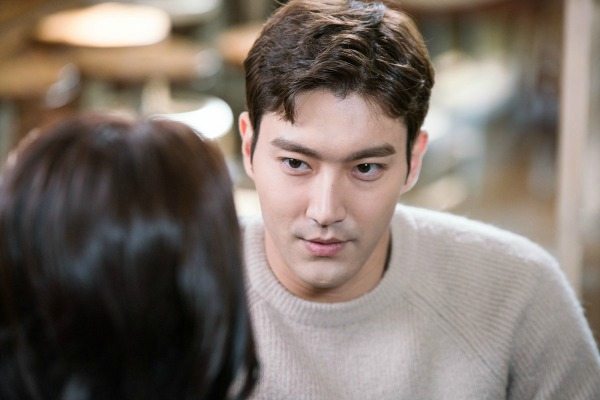 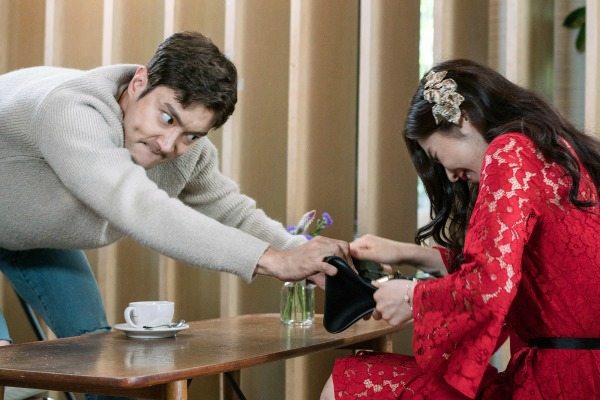 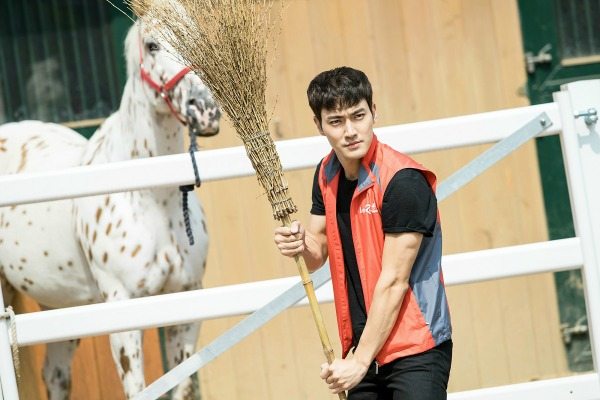 I will watch anything by the write of Ms. Temper and Nam Jung-ki. And oh yes, Siwon is in it too!! Looking forward...

Agreed!! It's an excellent drama

Yea the writer for that drama was a big draw for me too!

i hope the SJ boys has the time to watch this. i want a lot of meme with his face plastered all over their IG. the 4th picture, LOL.

i really hope this one is light and funny but still full of life.

I had a smile on my face until I realized this will take over LUTYN and now I'm a bit depressed. I want this but I don't want that to end muuuuuch more.

But anyway I really like Siwon a lot. He and Eric are the ones I'm really rooting for to act more and really be a presence in dramaland.

Right? I'm rooting for them both, too. They never feel totally green in the acting department from the get go, unlike some idols.

Oh really, then I take my words back lol. I've seen him first in Oh My Lady, and well, also from his SJ days... yeah, he was pretty green haha.

I'm going to watch it while airing, hoping to see SiWon with a crazy and funny character like in She was pretty and Kang So Ra as good as in Misaeng since I haven't seen her in other dramas . #dramaplsbegood :)

This is gonna be my next crack I swear. And only drama I will be live-watching due to my packed schedule.
I love the two leads and wish this is a turning point in their careers. I've been waiting for a good drama for Kang Sora (she was the most amazing second lead in Doctor Strange and of course she was awesome in Misaeng). She was also in Warm and Cozy which was just...terrible.
So really hoping that this drama does her justice.
I've only ever seen Siwon in Oh My Lady but he's just awesome and how can you not root for that smile?? He's gonna be my next Tae-Swoon. 😍😍

Ah really?? I saw the recaps out for Temperature but I'm not watching it. I haven't seen the leads in any drama before so it's not really on my list. But i know the lead guy is in Duel. I can guess why he would be called Jung Swoon hehe. 😉

Now I feel like making you watch one of their previous shows. Hahaha. It's a moral imperative!! 😂😉😁

Haha...
Duel is on my list, but I don't know when I'll get to it. Probably not anytime soon...lol

Wait, so this has the power of the writing behind Ms. Temper and Nam Jung-ki and the directorial awesomeness that's the PD of Oh Hae-young again? I am so pumped. Of course not as pumped as whichever shower scene we will get that will display Choi Si-won's post military abs to my pervy eyes. What can I say? My priorities are definitely screwed on right. Hehehehehe.

Post-enlistment shower scene is sort of like an obligatory graduation recital -one gotta share with everyone what he has accomplished during those 2 years. So your priorities are screwed up exactly right! We are giving these guys a chance to follow Dramaland unwritten social expectation by providing the platform to show the fruit of their labor.

You know what makes me feel kind of pervy? My curiosity perked up about this post when seeing the headline "Grabby Hands....."

ghghjghjghjg. I just choked on my drink. "Grabby hands"... Hehehehehe. Wish I was on my phone right now so I could use the eyes emoji. Hehehehehe. Well, our spirits are definitely upbeat at the thought of grabby hands. There is nothing pervy about it!

He definitely deserves being the first in your list, I want someone call me pretty in my bad days, too <3

Omg. How can anyone look so hot holding a broom?

Or so cute while holding a bottle of water....

I can not wait for this drama! I was so tired and down on my mood, and then you give me Choi Siwon and it lifts me up. He really has a gift of putting a big smile on everyones´ faces.

As a Super Junior fangirl, I can't wait for this! So glad that Siwon is returning to dramaland!

Siwon looks like an older and handsome version of my first crush... this is going to be a whole NEW kind of an emotional ride for me xD

lol kinda sounds like the male version of high society

I like goofy Siwon... i think that's his element. He shined in Kings of drama and She was pretty because its basically goofy-typed of characters.

Siwon always has the most awesome facial expressions :D. Can't wait for this drama !

This could be fun! Looking forward to this.

Siwon is back! He is so expressive with his eyes. I hope the script is good. Enjoyed Kang Sora in Doctor Stranger so I'm looking forward to seeing her back in dramaland.

I CANT WAIIT i missed siwon so bad and now he's back and this actually looks so funny my favorite roles he's played have always been the derpy one so i'm exicted, will this get subbed somewhere do you know?