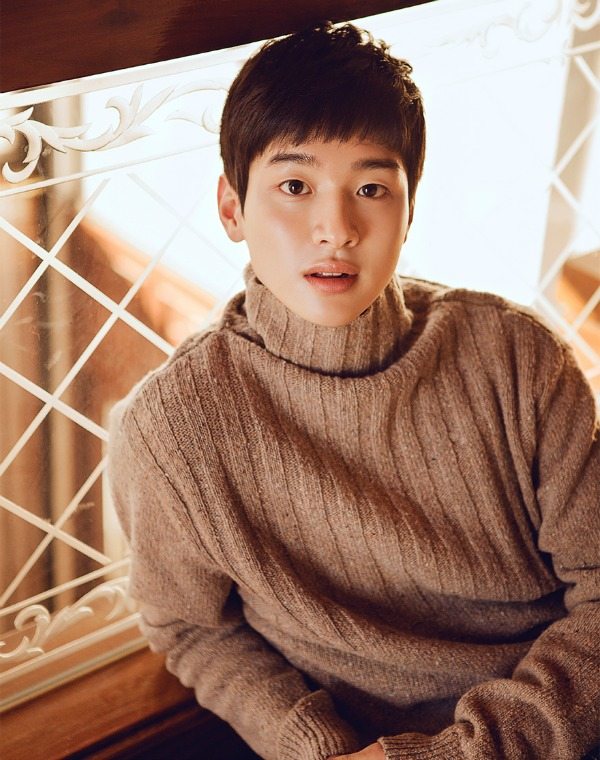 I love this kid. Jang Dong-yoon has had a pretty busy and successful year since his 2016 debut, and he’s already lining up projects to follow School 2017, which ends its run tomorrow (sob). The rookie actor will be making his big screen debut as Lee Na-young’s (Runaway Plan B) son in her comeback project, indie film Beautiful Days.

The role sounds like a challenging one, so I look forward to seeing Jang Dong-yoon take it on: His character is Korean-Chinese and was abandoned by his North Korean refugee mother 16 years ago when she fled to South Korea alone. They will somehow reunite after all those years, and through their reunion, mother and son will consider and come to understand the meaning of family.

I’m always a sucker for stories that focus on relationships between parents and their children, but I’m really interested to see how the whole North Korean refugee aspect will affect the dynamic between the mother and son in Beautiful Days, which is bound to be fraught with a whole spectrum of emotions, from betrayal and anger to longing and relief. Having worked with North Korean refugees, I know these types of separations are heartbreakingly common because their journey to a safe country is a dangerous one—if caught, Chinese authorities will repatriate refugees where they face imprisonment and sometimes execution—so I look forward to a dramatization of one part of this experience, as harrowing as it is.

On a lighter note, I’m really happy to see Jang Dong-yoon building up a pretty solid list of credits. He debuted in 2016 with Female Employees at a Game Company, and followed that up with lead roles in high school dramas Solomon’s Perjury and, of course, School 2017. Not too shabby. Personally, I think he’s still a little green in the acting department, but he definitely has a charming, likable screen presence, and I can see him as a strong drama lead someday.

Jang Dong-yoon will go straight into filming for Beautiful Days once School 2017 wraps up tomorrow, which means we can probably expect the indie film to release sometime next year.

Oh cool, plus he's also in the KBS drama special with Chae Soo Bin. I like this 'kid' and will be happy to see more of him soon (Yeah, he's like 25 years old but looks really young).

And wow, @tipsymocha I am super impressed that you worked with North Korean refugees!

He's only 1 year older than me and I must say he does look really young compared to his real age. SK actors must have found fountain of youth.

Side note: my aunt who casually watched School 2017 with me commented that Kim Jung Hyun looks too old, while Jang Dong Yoon looks age-appropriate to be high-schooler. LOL

25? I was about to google his info to know his age after reading this post. I thought he would be at best 20 years old. He kinda reminded me of kim soo hyun with his face and his youth aura

Definetely, he has KSH aura...
I hope this boy could achieve and soar higher, I love his performance

I'm more excited to see Lee Na-young back ❤ Now if only she can convince her husband to make a comeback as well...

Jang Dong-yoon has a potential to become a good actor in the future, although I don't think I can picture him in any adult role at the moment because he looks so young. lol. It's good anyway to gain experience by working with sunbae now.

In North Korea if a member of your family runs away, doesn't that mean that three generations of the family is sentenced to death?? Then shouldn't the son already be dead? Or is it just a rumor to make people stay since I've heard a lot of stories of North Korean refugees sending money back home to their family when apparently they should all be dead. Can someone tell me because I really would like to know.

I watched an interview of North Korean defectors. They said that NK not longer does that, because if they do, there are too many to sentence to death! In the early 90's though, they still does that.

He's been doing so well lately! Already casting him in a show makes me want to watch it even more

I have high hopes for this kid. He is actually much better actor than the lead guy in School 2017. Cant wait for Jang Dong Yoon to play in melos and rom-coms soon.

I somewhat agree that he might be a better actor than Kim Jung Hyun but Kim Jung Hyun has this charasmatic/leading man aura that shouldn't be overlooked. Back to Jang Dong Yoon he could definitely do melos!! In Solomon's Perjury and School 2017 there were moments where I felt like he was in a separate drama from the other leads. And this was due to the serious nature of his story lines and all the emotion packed scenes we were given. I will never forget that scene in School 2017 where his mother stole his hard earned money and he finally broke down. He has such a bright future ahead.

yap his future is bright ...his acting in school 2017 is amazing no wonder he is getting offers left and right..cant wait to see him with chae soo bin

Nice! I hope he takes on more mature roles in the near future. Maybe a melo lead someday? He certainly feels like he outshines some of his School 2017 peers.

he's good. whenever i get to watch him in school 2017, he reminds me of a great character actor who usually plays bully boss or a stern unit team head whose name unfortunately escapes me at the time…

I only saw him in the drama special with Chae Soobin. He reminded me of KSH instantly lmaooo. He was a solid lead and definitely acted out emotion well. Let's see if he can hit big w this indie debut.