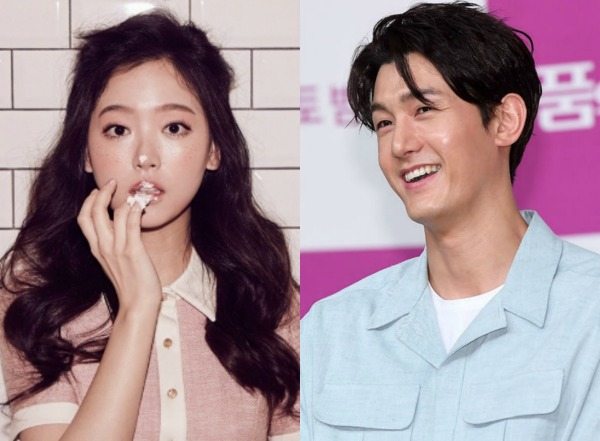 JTBC has been busy adding more names to the roster for upcoming melo Just Between Lovers and the supporting cast is shaping up quite nicely. In addition to leads Junho (Chief Kim) and rookie Won Jin-ah, Kang Hanna (Moon Lovers: Scarlet Heart Ryeo) and Lee Ki-woo (Woman of Dignity) will both portray characters connected to the heroine.

Just Between Lovers, a show about “great” people who calmly endure the harsh winds that blow in their lives, will feature Junho as a former soccer player hopeful who lost his father and his dreams through an accident. He will meet and fall in love with Won Jin-ah’s character, who also lost a loved one through an accident, and has shouldered the heavy burden of living her sister’s life for her because of her survivor’s guilt. Through their encounters, these two people will help each other heal their wounds and learn that redemption comes from love.

Kang Hanna’s character will work at the same architecture firm as Won Jin-ah’s, and is described as charismatic and a source of admiration for the women around her. Oh, I hope she uses her powers for good not evil, and becomes good friends with the heroine! I always prefer girlfriends over rivals, and it sounds like Won Jin-ah’s character will need all the emotional support she can get. Lee Ki-woo will play an architect, and though his character description hasn’t been released, I can see him being a very convincingly swoony second lead. 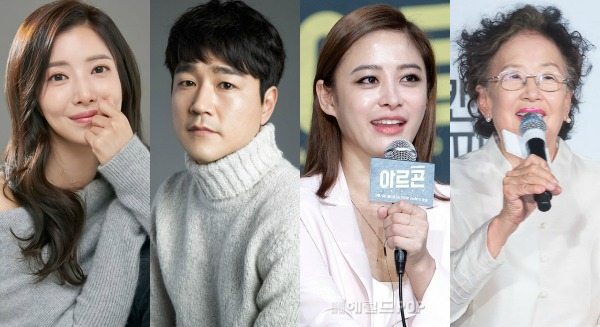 Also added to the supporting cast are Yoon Se-ah (Forest of Secrets), Tae In-ho (Man to Man), Park Hee-bon (The Lonely Shining Goblin), and the ever-wonderful Na Mun-hee (Dear My Friends). While reports don’t specify what roles Park Hee-bon or Na Mun-hee will play, we do know that Yoon Se-ah will portray a club madame whose life was ruined due to a “mistaken love.” She’ll be an important, family-like figure to Junho’s character, and one of the only people he can rely on. On the other hand, Tae In-ho will be the eldest son of a well-known family, who has lived his whole life striving to meet his family’s expectations. Out of all the characters we know about in the show, his seems to have the lightest baggage, but Just Between Lovers could always prove me wrong. Not that I’m hoping for more depressing backstories or anything.

The cast of Just Between Lovers held their first script reading last week and is planning to premiere sometime later this year, though there hasn’t been any tentative dates announced. In the meantime, everyone prepare your tissues! I feel like we’re going to need them for this one.

Well it's about time Kang Han-na!

Lee Kiwoo looks just like Park Hyungsik in that photo. Be still my heart.

Glad to see Kang Han-na doing another drama. Would be better to see her in female lead role but maybe next time. Lee Ki-woo was swoonyyy in Woman of Dignity, it will be a great if he is paired with Kang Han-na ❤

i really like lee ki woo and i think that he's a pretty decent actor. im joo hwan resembles him a lot, doesn't he?

Lee Ki Woo will always be that guy from Flower Boy Ramyun Shop for me.. His eyes are lovely!! I wish he also get deserved leading role soon.

I remember him from The Classic all the way back in 2003.

I liked him a lot in that film.

i think i first saw him in the movie "he was cool."

Lee Kiwoo is good at playing the lanky, cool and goofy guy who is often the peacemaker and the cupid among his friends, but I wonder why writers don't make a male lead based on that description more frequently.

I read a news about Kang Ha Na yesterday at soompi and I thought they said she'll play the lead role in for jbtc drama, "Just Loving." So I thought it might be another drama since I knew Won Jin Ah, the rookie actress will play the lead role for "Just Between Lovers." It turns out to be the same drama with different titles. (I knew it!) Ahhh there goes my dream of seeing Kang Ha Na as the female lead in a drama.

Kang Han-na deserves better chances and she is among the actresses in 20s who is stand out in sageuk. I couldn't finished Moon Lovers but based on what I watched, I wished her role was better written. I hope she will has an interesting role in this drama. Wong Jin Ah is selected based on audition, so hopefully it means a good thing. I have a high hope on this PD and writer to give us a good drama.

I love her in Moon Lovers, though she's considered evil in that drama, and I feel like she'd somehow outshined IU. I have a high hope in this drama too as the casts seem to be well selected.

She did outshine IU in Scarlet Heart imo. She, 2 Queens, Yo, and Wook brought tension and seriousness to the drama. I could care less for the other characters.

She was the only person I could stand to watch in Moon Lovers without wanting to stab my eyes out with a pencil. The writer threw her character under the bus so many times for not being ~modern and ~sassy like the heroine that I started to take her side on everything.

"Oh, I hope she uses her powers for good not evil, and becomes good friends with the heroine! I always prefer girlfriends over rivals, and it sounds like Won Jin-ah’s character will need all the emotional support she can get."

So true! I'd hate it if she becomes rival
I'd prefer an empowering show with characters who support each other. I like the casts so far and it sounds like it'll be a character-driven show? I like that. I want to see everyone's development. Meanwhile, I'll prepare all kinds of tissue and prepare my fragile heart. Bring it on, show!

I think it is a first show with architects as characters since Personal Taste?