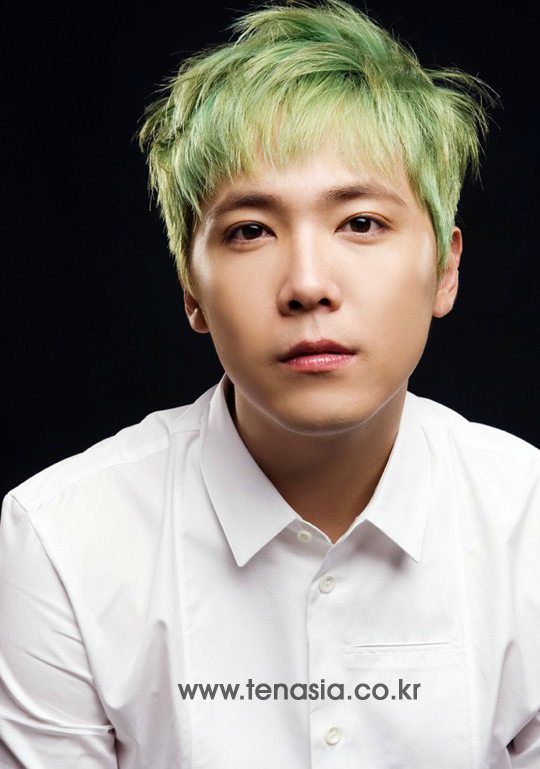 This drama is turning into a Hong sisters reunion tour. We’ve already got two potential reunions in line for their new fantasy romance Hwayugi, with offers out to My Girlfriend Is a Gumiho’s Lee Seung-gi and Best Love’s Cha Seung-won, and now an offer is out to You’re Beautiful’s Lee Hong-ki to join the cast as a womanizing top star.

The fantasy-horror-romance is a fanciful reworking of the classic Chinese novel Journey to the West, in which the monk and the Monkey King will team up to fight the evil spirits that have invaded present-day Seoul. Lee Seung-gi has been offered the starring role as Sun Wukong the Monkey King, a powerful minor god who’s been exiled to the human realm. Oh Yeon-seo (My Sassy Girl) is up to play the heroine, a descendant of monks who’s been given the calling to rid the world of demons. And Cha Seung-won has been offered the part of Lee Seung-gi’s rival, the Bull Demon King.

If he signs on to join them, FT Island’s Lee Hong-ki will play the pig monster Zhu Bajie. In this adaptation, the pig monster has the power to seduce women and lives a cushy life as a top star. He even used his powers to get there, since all it takes is ten minutes of unleashing his magic to get all of the women on the planet to fall for him. LOL. This power does have a dark side though, because he uses it to suck the life force out of the women who worship him.

But since Journey to the West is all about mischievous characters going on a journey of enlightenment, it’s safe to expect some changes in store for the top star. We’re told that he’ll survive thanks to the mercy of the heroine, and learn to use his fame and sociability to help her on her quest. He’ll also have a hyung-dongsaeng relationship with the hero, which is going to be freaking adorable. I hope they sing duets together.

Hwayugi is being prepped for tvN’s weekend slot this December.

My interest with this show is keeps increasing. From Cha Seung-won, Lee Sung-gi, Oh Yeon-seo and Lee Hong-ki - good line up of the casts!

Now can only pray for Hong sister to have their magic back!

Yes!!! The cast is perfect now we just need that perfect script. 😉

Jang Geun Suk where are youuuuu?? If this drama cast works out it's gonna be wicked!!

He could take the role of sha wujing

omg yess, ok but tbh i just want him to return to dramaland already, with a GOOD project

The role has been offered to Jang Gwang

i think JGS will go to the army this year.

Just adding him to the list of all my faves I'm waiting for ( but I'm selfishly wishing he gives us one last project to remember him by, a good one)

Bring on the reunions show!!

They changed Zhu Bajie too much, I thought Ahn Jae Hong will play that role if they follow the original ver.

Idk much about yhe original but I LOLed when I read Zhu Bajie because the image that comes to me is of Kang Ho Dong, not Hong Ki. Haha too much NJTTW I guess.

Oh yes!! that is what came to mind for me too!

Oh! More of my fav ppl being offered roles in Hwayugi. I'm getting hype up for this. Please, please~~ make it happen! 🙏🙏

@girlfriday, I couldn't get your last sentence out of my head now! 😵😵😵 LSG and LHK singing duet... 😍😍

Now, excuse me. I've to dig out vids of them perf together.

Now I REALLY want that duet...

They also sang Confession together.
Let's pray and hope we get at least 3 OSTs from these 2. One from each of them and one with them singing together.
In TK2H and YAAS, Seunggi didn't sing any OSTs. So I'm hoping we'll get a couple from him this time.

@kaybee where you at girl?
Also why am I laughing so hard at the "womanizing top star"? lmao
Pls sign Hongki, I'll probably watch this anyway, but please sign.

I find their version of Zhu Bajie to be 180 from his original character. He's the one getting seduced by women lol.
I'm curious on how they are working on the cgi and effects for the story. Will the characters transform into their corresponding "animal" form? Or will they only retain some minor features?

Big dilemma. I hate horror drama but Lee Seunggi, Cha Seungwon, Lee Hongki, I can't say no to them

Oh this sounds like so much fun!
If this is the final cast, I can't wait to watch it.
Please oh drama gods let it be so!

Hmmm! Womanising top star - BUT - this is Hong Ki! Cute adorable baby face Hong Ki! Although he was all grown up in Bride of the Century.
And 🙋🏻 to the duet! He is playing a top star after all and as we all know all top stars need to sing - or dance to New Face! 😂

If he doesn't accept, cast Jang Geun-seok instead. I'm still waiting for his YB character, Hwang Tae-kyung, to cameo in a Hong Sisters drama.

I don't know much about Lee Hong-ki the actor (having only seen You Are Beautiful and not remembering much of it except him being quite cute) but he is adorable x 100 in Night Goblin and I just want to see more of him! And obviously, if he is in the show, he HAS TO sing, right? :D

Main question: why no one has confirmed yet 🤔

I want his "girlfriend" Jolie from You're Beautiful to have a cameo...

She'll be an ajumma now.

I hope he takes this role. After having pictured him in that role no one else could compare.

Any chance of a KING 2HEARTS reunion with Jo Jung-Seok? That would be epic.

Hasn't he already signed on to another drama? The one where the cop gets possessed by a ghost? According to Asianwiki, the title is "Two Cops."

Ah, thanks for that. I somehow missed the news about that one.

YES! YES! SHOW!
It's always nice to see actors we missed so much, now back in dramaland. We've last seen Hongki in 2014 via Modern Farmer. I hope the casts are final cause they are awesome actors :) I can imagine the hilarity with Hong Sister's humor. Can we have this drama soon?

It's shaping up to be an exciting drama with this cast. I'm only miffed Cha Seung Won is relegated to 2nd lead, or just a supporting role...Yes!! Hong Ki, it will be a hoot to watch him be a lady killer. This better be good !!!! How can it not be.

Please say yes! I need you back on the screen.

I really really really hope the script is good, if yes then I'll drag all of them to greet Seung Gi the day of his discharge and then drag them back to filming site. *sigh* this is a dream cast and You're All Surrounded had a dream cast but it sucked and I don't want it to suck, this cast is one that will force me to watch it till the end.
I'm dying imagining Seung Gi-Hong Ki bromance and yes to the duets please, you've got top singers, use them! I want a solo osts from each one AND duets. That would be a dream come true. I mean no need to get other singers, really~
I'm getting so excited for this, I'm afraid I'll be so dissapointed when either one of them rejects it and the drama turns out to be epic, or they take it and the drama sucks.
Please make this happen and for it to be ama~zing.

The story doesn´t interest me one bit and I am not a fan of Lee Seung-Gi either, but if you give me Chajumma & Lee Hong-Ki in one drama... well, it will still take some bribing for me to watch this. Hong sisters have disappointed me one time too many

Could I get any more excited by this show?! Yes, Yes I can.

omg as a chinese american who grew up watching journey to the west, this korean modern adaptation sounds so weird!!! lol

Oh I hope he accepts, it's been 2 years since I last saw him on a drama 😃😍

Hong-ki is a great actor and a very talented singer. If he joins, I will definitely be watching this drama.

Yes.............lol! And with other power house cast! yay! Hopefully, this will help people to check FTIsland bad as well!

Love watching Hongki in drama’s but he must continue Ft Island . His songs are work of art just love him so talented

Dont Worry...
Hongki already accepted the role as Zu Bazhie n already shared the pic of the script till ep04 in his IG
link:
https://www.instagram.com/p/BaYcYQglsV8/?taken-by=skullhong12
n today he shared his visual as the TOP STAR for the drama in his IG ....again ^^
link:
https://www.instagram.com/p/Ba_aP-VlTIa/?taken-by=skullhong12

Yeahhhhhhhhhhhhh Hongkiiiiiiiiiiiii!! yes! yes! and yessss!!! With CSW and LSG... it's gonna be hilarious!