A young woman with precognitive dreams is haunted by the future she sees and cannot prevent. When a rookie prosecutor moves into her neighborhood, the two join forces with a policeman, and together the three try to prevent her ominous dreams from coming true. They discover they have much more in common than they first realized.

A young woman with precognitive dreams is haunted by the future she sees and cannot prevent. When a rookie prosecutor moves into her neighborhood, the two join forces with a policeman, and together the three try to prevent her ominous dreams from coming true. They discover they have much more in common than they first realized. 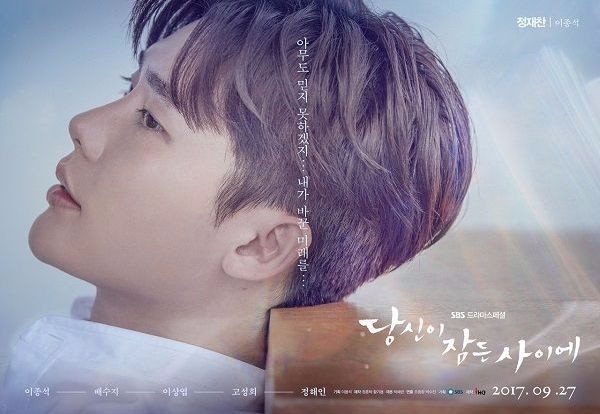 In dreamy character posters for SBS’s upcoming While You Were Sleeping, Lee Jong-seok (W—Two Worlds) thinks, “No one would be able to believe… the future I changed,” and almost in reply Suzy (Uncontrollably Fond) thinks, “There’s no one else… but you.”

This supernatural legal romance is centered around a story about a woman (Suzy) who sees tragic futures in her dreams and the prosecutor (Lee Jong-seok) who tries his best to prevent those futures from happening. His character is a prosecutor in the investigative bureau, who simply can’t seem to make friends. As we can see from these stills and his colleagues’ annoyed looks, he doesn’t seem to get it when it comes to human relationships.

While his fellow colleagues are engaged in pre-meal prayer, he reaches over them to grab food. In another still, everyone stares at him with omg-did-he-just-really? looks on their faces. It’s no wonder that his bureau teammates, who consist of Lee Ki-young (The King Loves), Bae Hye-sun (Falsify), Min Sung-wook (School 2017), and Go Sung-hee (Jealousy Incarnate), just don’t like him.

On the other hand, we have Lee Sang-yub (This Week, My Wife Will Have an Affair) who is the complete opposite of Lee Jong-seok. Lee Sang-yub’s character was a previous investigative bureau prosecutor like Lee Jong-seok, but he left that career for a more lucrative and successful one as a prosecution-specialist lawyer. He’s a gregarious golden boy, admired and loved by everyone who knows him. He’s shown smiling even while visiting his past workplace, and greeting everyone with concern and care. There’s a past relationship between Lee Jong-seok and Lee Sang-yub, and I’m curious to see how the loner and the popular kid of the prosecutor community know each other.

SBS Wednesday-Thursday drama While You Were Sleeping begins airing on September 27. 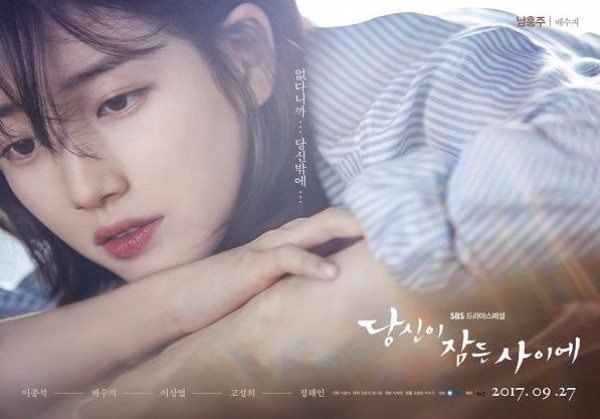 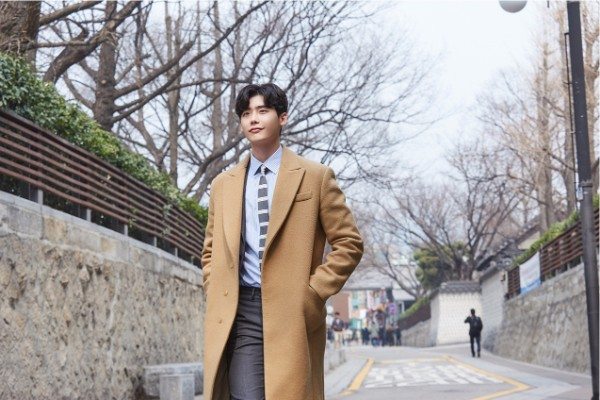 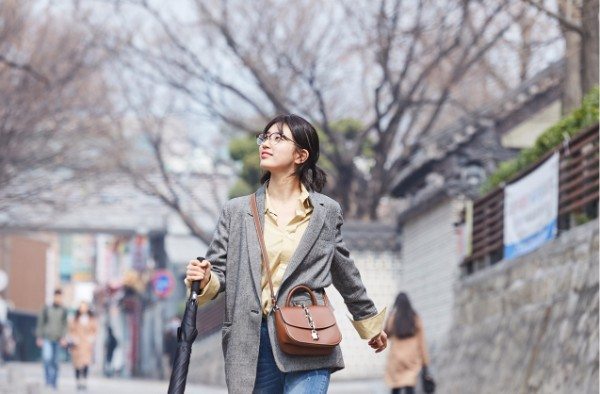 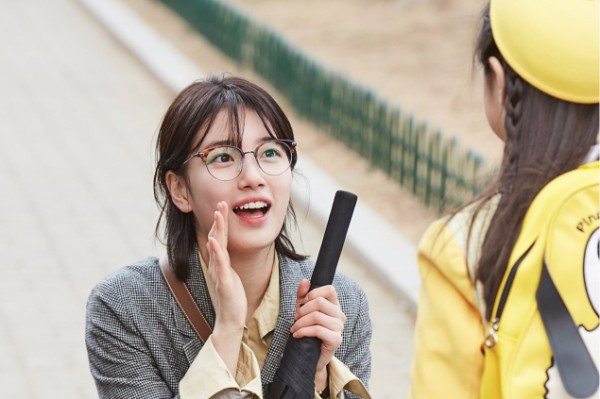 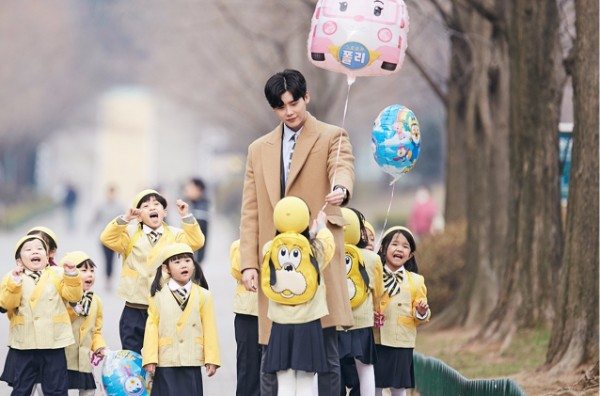 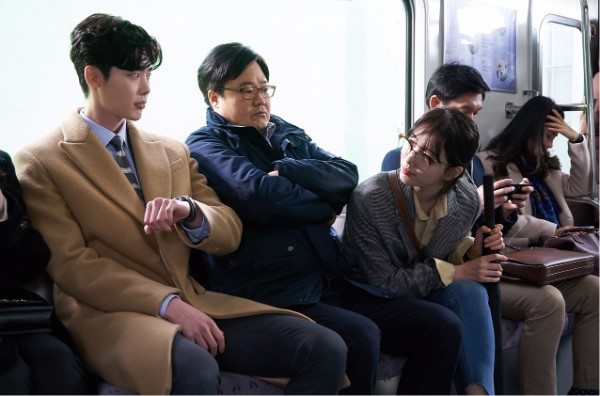 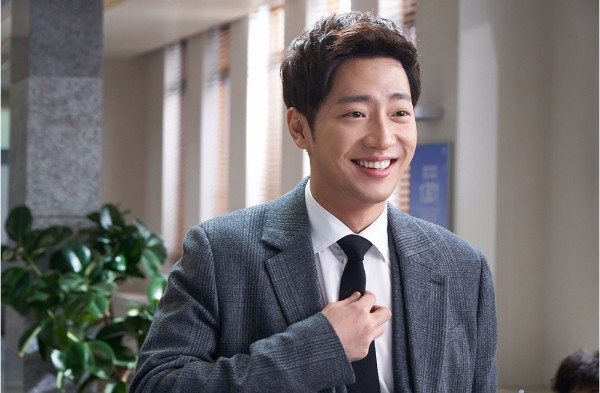 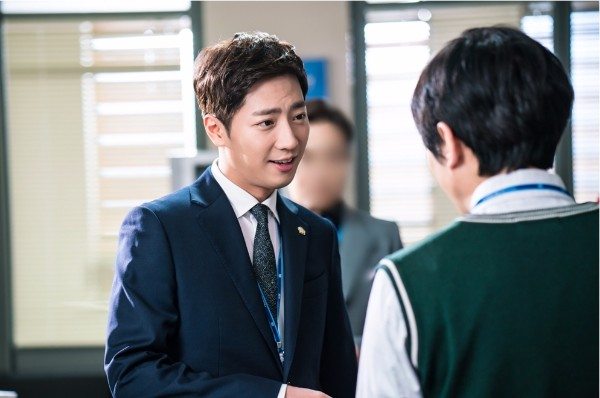 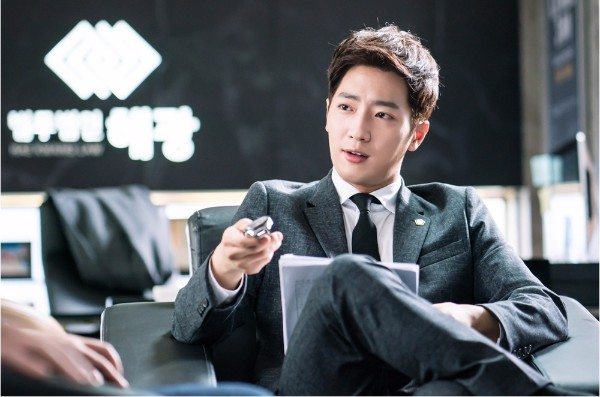 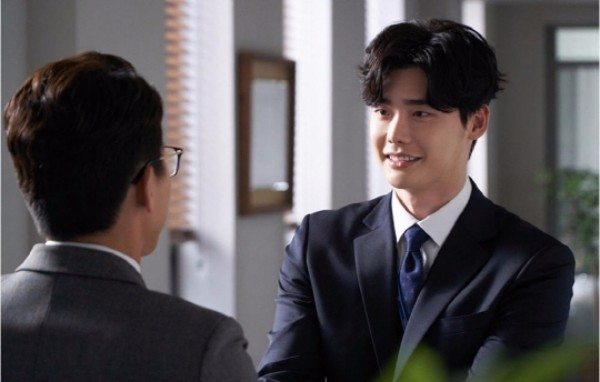 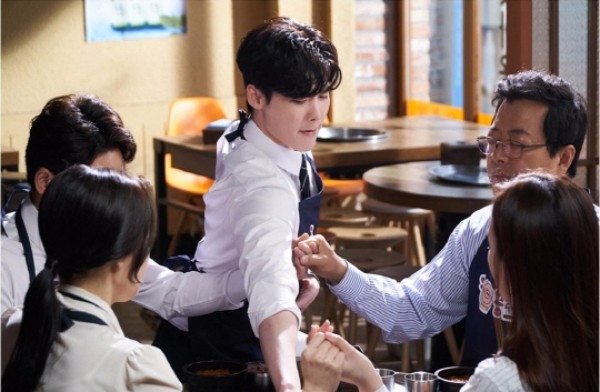 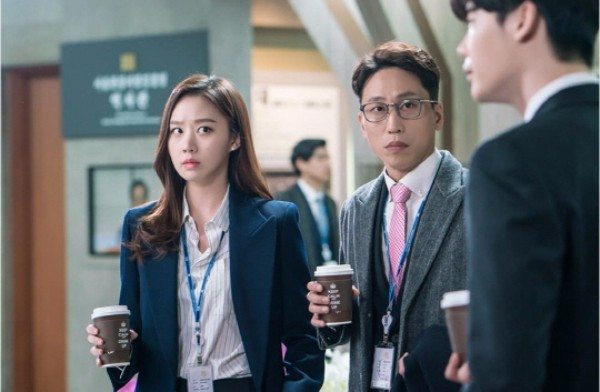 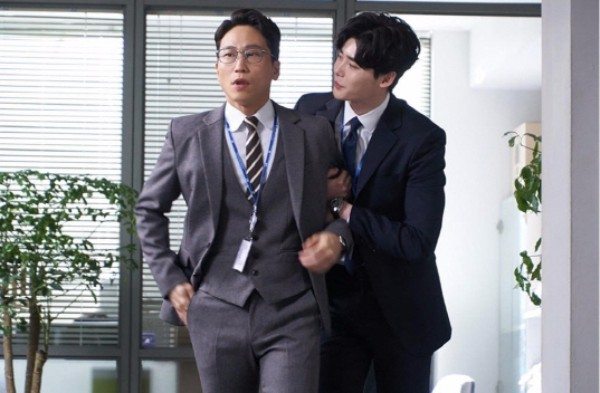 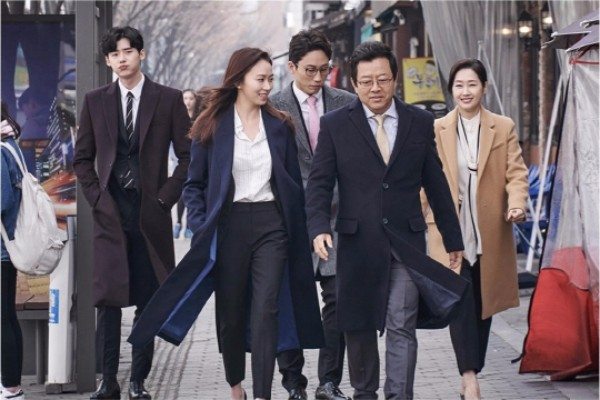 Tags: Lee Jong-seok, Lee Sang-yub, Suzy, While You Were Sleeping

Lee Sang-yeob looks very dapper and confident in his suits for "While You Were Sleeping"! I do feel like it's time for him to take a "pretty" role after his meeky, concerning self in "My Wife Is Having an Affair This Week" and his gangster persona in "Master of Noodles" :D

He is the only reason for me to watch this drama 😊

Huh, my interest in this just increased significantly. I was always planning to watch because I like LJS, and I liked his work with this writer in Pinocchio. But seeing that his character is more of an awkward outcast rather than the usual cold geeeeeenius makes this more interesting to me for some reason.

He was never cold tho, he usually does warm characters. Kang Chul and Ssun were cold, and this one probably will be too. And as for geeenius, lol I'll never get dramaland's fondness for genius roles. I mean him in Pinocchio or IHYV aren't even 'proper' geniuses(just a regular guy with a super power) :D Only SeGa, Dr stranger and W(which is a meta joke on kdrama geniuses) count!!

I guess what I meant was that this character doesn't seem as generic as it appeared on paper before. I always planned to watch because I expected him to infuse the character with interesting traits, it's just that prior to these stills I was just slightly less invested until I actually had a chance to see it.

I feel you. I too like how they are using his awkwardness as situational humour :D

Yeah plus are we getting a bromance between LJS and Min Sung-wook (School 2017), or is it sunbae-hoobae, or is that his only colleague he is close to, lol!!!

So True. Awkward outcast in the 'real world' seems so 'dreamily' good to see. He will play well against Suzy, so hopefully his character won't make her cry all too often!!!

Lee Jong Suk finally got promoted from an assistant prosecutor! (Prosecutor princess) :P
He looks adorable in the stills!

Ha!... PE teacher Jung, I knew I would like where this show is going.

Can't believe Lee Sang-yub, is the golden boy, he seems to fit more the life of the party-and rockstar behavior, instead he outsmarts the rest of the investigative prosecutors?

I can't wait to see Jong Suk being anti-social here, especially if the character is not even aware of the problem. Suzy's character seems to be well aware that she is different being a "see-er", so him thinking he is better than her - looks so fun to watch!!!

I hope it come faster. One week feels so long.
Is Min Sungwook's character will be funny here? I like him as Jang Ddanji in Pinocchio, he is so weird!

Out of topic,
Yay, Lee Jongsuk will appear in 3 Meals A Day. It's been so long since his last appearance in variety show. I'm so excited.
Here's the preview https://m.youtube.com/watch?v=mg_bb8h5TwA

I am also very excited to see this !!! LJS is so much fun. I love his spontaneity.

Saw the preview for him being a guest star, and his interaction with Kyun-sang is gold! It looks like Kyun-sang will be taking care of Jeong-suk, as Kyun-sang is supposed to be his hyung in Pinocchio, LoL

LJS has so often played an outsider who deliberately stays outside the group without trying to fit in. It would be fun to see him trying to be accepted for a change!

I think his character is slightly different here. Like he doesn't even know that he is socially awkward. And probably, from what it looks like — treats Suzy's character as though she is not normal when she already knows that she has a gift to see future events, and therefore is not like other people. What interests me: is that even if she tells him straight up that he should look at his own awkward-tendencies he probably thinks his life is just perfect. —Well that's the vibes I am getting from this anyways.

I didn't realize LJS's character was going to be so awkward.

This is awesome. I can't wait.

In the last still, LJS pouting is so cute, waiting for this drama...

Lee Sang Yeob looks so fine an crisp in that suit 👌

When I think I'll not be excited for this they release pics of Lee jong seok....he looks hot

I really can't stand looking at Lee Jongseok's face because of his plastic nose. I mean if it looked realistic (the rhinoplasty) I would've overlooked it but it looks so awkward and weird.

it may be your personal opinion but pls everytime you can't comment about his surgery which is done by most of the actors and actresses in korea.If you don't like him don't even bother to comment

Lol, whether he had plastic surgery or not he still looks good.

People should only attack his acting to be fair. Often he is stoic and is why an attack on his looks is uncalled for. —Questining whether plastic surgery is the reason he doesn't emote better, is ridiculous. But I think he is a good actor, he is just more quiet, I only have some doubts in his acting for his appearing as though he is laughing when he is supposed to be feeling down and emotional— this mistake can be attributed to him being in awe with the other actors in the cast. He seems to have this happy go lucky aura and it may be that someone's correct level of intensity in scenes with him makes him giggle.

Lee Sang Yeob is the one I am worried about he tends to overdo his scenes, even in the stills you can see him over-smile, cock his head and then over-frown. If you ask me some people at least need Botox to help with their expressions if they have over-acting tendencies.

I would appreciate it if you did not take this comment as a personal attack against you. It is simply a thought expressed out loud. But I have the imperative need to say it because I feel that circumstances were created.
I have come to a sad conclusion: the problem is neither Lee Jongsuk nor his nose. The problem is more serious. The problem is in people who do not have the ability to see beyond their own noses. Why are there people with such a myopic view? Is not this a forum to talk about dramas? Do they come to see a show or are they critics of beauty? Are there no forums for this kind of criticism? How long will you continue to insist on out-of-context comments? Someone may have a different opinion, you may like one actor more than another simply why yes. The work of one actor can impress you more than the work of another. But because the mention of surgery has to be such a recurring issue ???

I wasn't that interested with this drama before, but if Lee Sang-yeob's character a sexy psycho villain, I may considering to watch this drama! He is one of those versatile actors who can jump from one different role to another different role effortlessly.

Loll he reminds me of Ji Chang-wook's character in Suspicious Partner. Brilliant and oh-so-beautiful but like zero people skills.