Poker-faced housing negotiations for Because This Life Is Our First 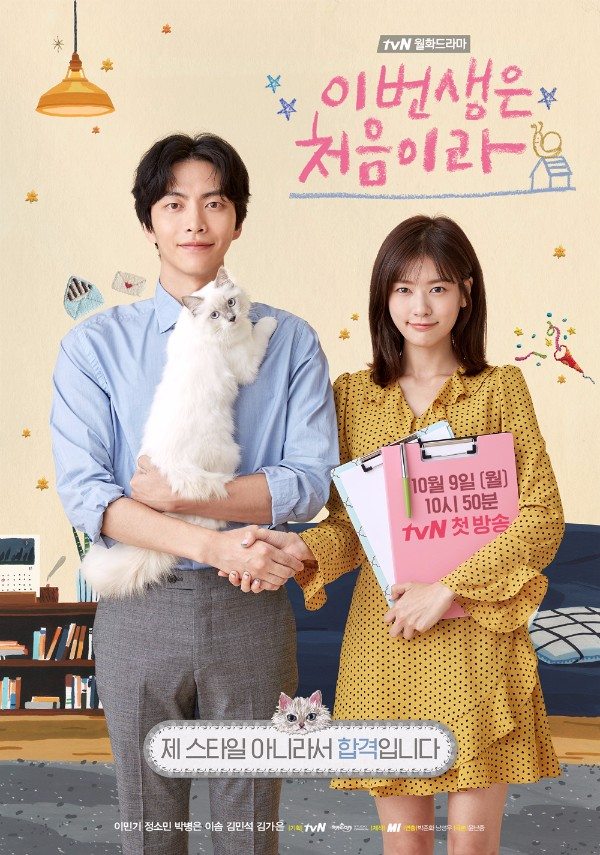 Posters and a second teaser for tvN’s new cohabitation drama Because This Life Is Our First have been released, showing a tense negotiation table between Lee Min-ki (Shoot Me in the Heart) and Jung So-min (Father Is Strange). Lee Min-ki is the house-poor homeowner, who wants to rent out a room to help pay for his mortgage, while Jung So-min is a prospective renter. Well at this point, she’s homeless because she’s too poor to afford regular housing.

The teaser shows them at a table with cards in hand, as they try to guess what the other has. Right away, Jung So-min realizes that Lee Min-ki’s under a lot of debt because he bought the house, which technically is more the bank’s property since there’s still decades left on his mortgage. Then, Lee Min-ki sends a card her way: “Taking out the trash and recycling.” She agrees, and she makes her play: “No down payment on the rent.” Countering her, he demands that she take care of his cat, to which she agrees. Her final condition is that she can move in right away.

He stands up angrily at that, and for a moment Jung So-min’s eyes grow wide as she thinks the contract might not be happening. But then, Lee Min-ki extends his hand and tells her that because she’s not his style, she’s passed his inspection. She quickly grabs his hands, telling him that he’s not her style either, and they both look at the camera as they shake on their agreement. We’ll see how long that un-attraction lasts once they become housemates, shall we?

The first poster shows Lee Min-ki and Jung So-min shaking hands to signify the agreement of their housing contract, and the cat caption says: “Because you’re not my style, you pass the test.” In the second poster below, Jung So-min looks out into the endless city lights, breathing a sigh of disheartened hopes as the caption reads that even amongst the many lights, there’s not a single place for her to stay. Then lastly, there’s the three-couple poster, which includes supporting cast members Park Byung-eun (Mystery Queen) and Esom (Ghost) looking unhappy with each other, and Kim Min-seok (Defendant) and Kim Ga-eun (Reunited Worlds) looking cheerful together.

Monday-Tuesday drama Because This Life iIs Our First will begin October 9, after the end of Argon. 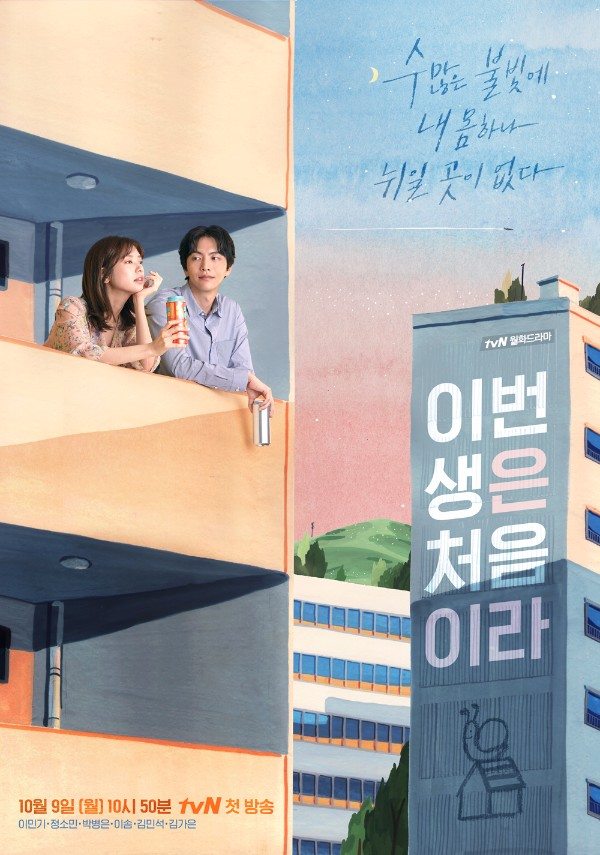 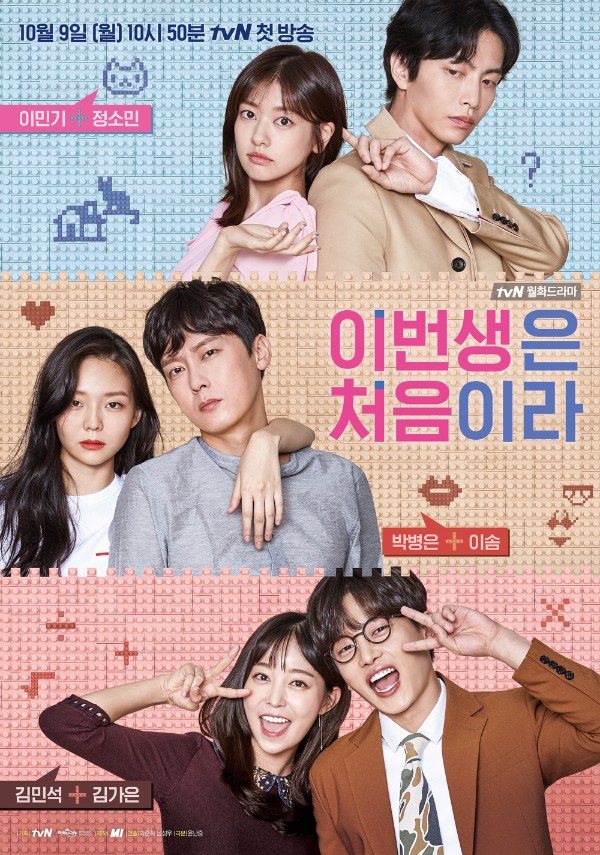 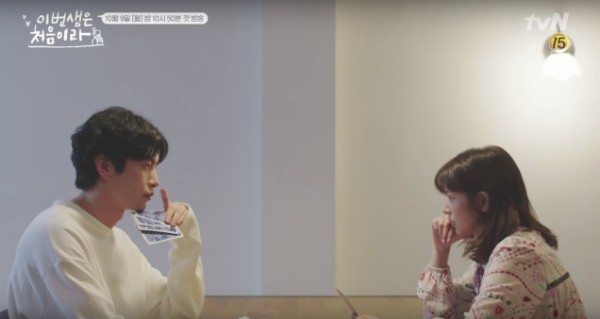 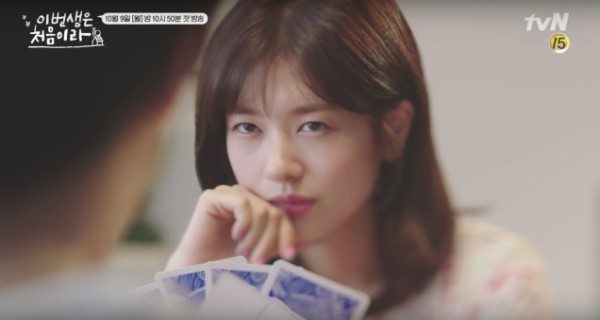 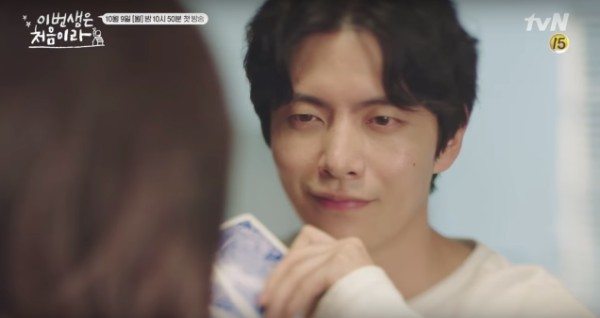 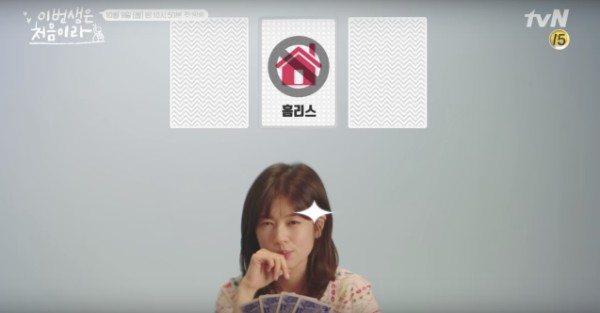 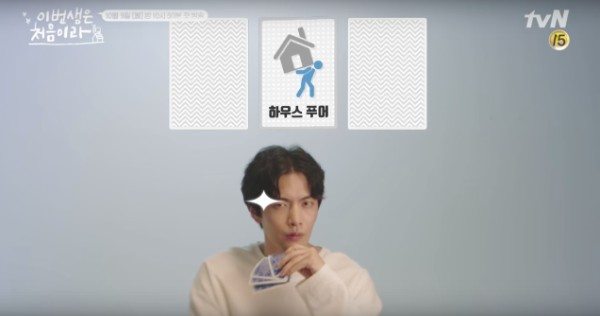 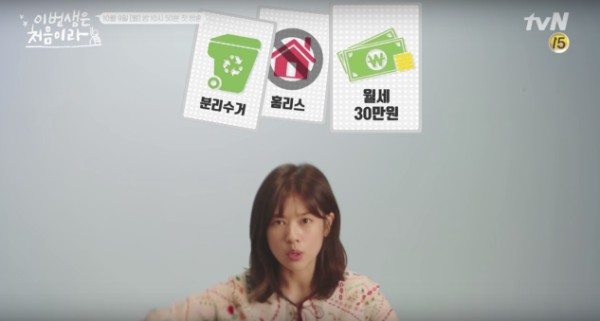 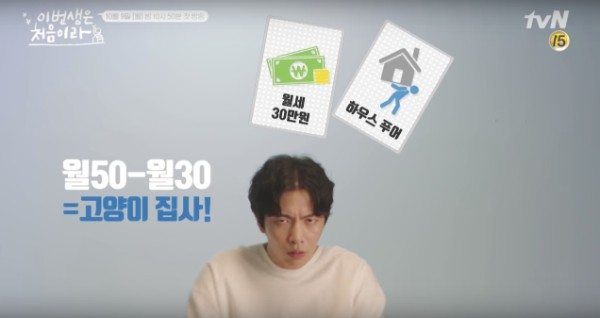 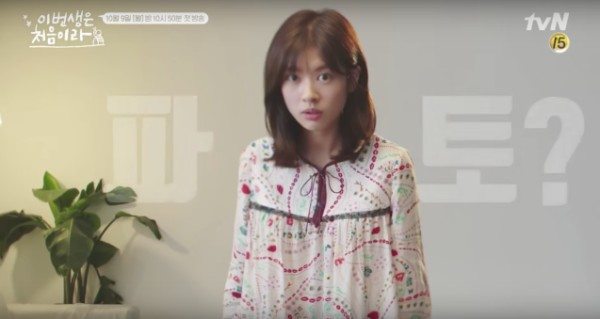 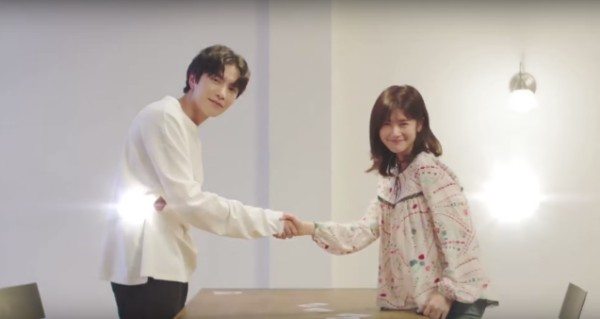 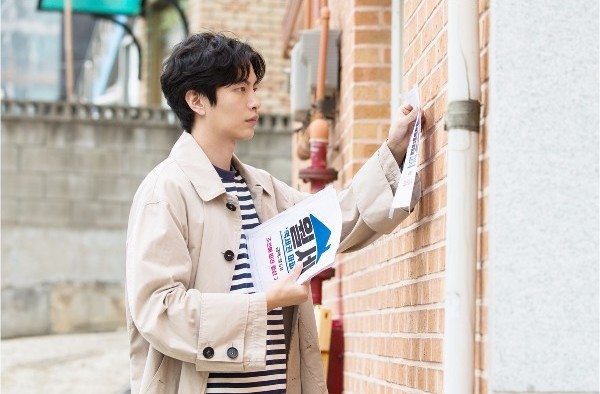 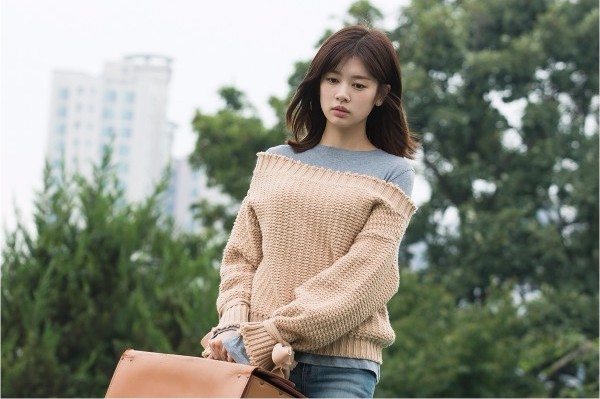 Tags: Because This Life Is Our First, Jung So-min, Lee Min-ki

Argon is ending and I have yet to watch it with sub. Sigh, sad life of a fan who does not know korean.

Anyway, I'm so excited for this. I missed watching Lee Min-ki so I will definitely give this a shot.

Think of it this way, once the subs are out, because they'll get done come hell or high water, we can binge the hell out of it in one swoop!

Looking forward to this -- it's my catnip + Lee Min-ki AND Jung So-min? And I really liked Esom in White Christmas and Like for Likes, so I'm glad to see her back in dramaland. Hoping for a fun little slice-of-life show, and if the writer is anything to go by, some goofy hijinks as well.

RRRIGHT. The only way you cannot be each other's style is because you're not a piece of clothing. 😆 judging you very hard, Caption.

Anyhow, waiting for the day Esom gets her own drama. Talented and insanely gorgeous. 😍

i didn't know kim minseok was in this! he has been in a lot of dramas, even though just side roles. good for him, though. even though his roles are mostly side roles, he has managed to do really well in all of them. (also, sufbb reunion??)

Currently in love with Jung So Min as I'm watching Father is Strange plus I loved her and Hwang Chi Yeol in My Ear's Candy (and hoping then that they'd date in real life) so I'm excited for this!

The last time I watched Lee Min Ki was in Dal-Ja's spring and liked him enough there. So about time I see him again in a drama too ^^

This looks really cute, and they look like they're going to have a really amazing chemistry. I mean it's Jung So-mon, c'mon. Most importantly, it looks like there will be no love triangles, squares or geometrical problems of any kind. Score!

Could you please list some of your favorite fluffy Japanese cohabitation dramas?! I would say that "my ears perked up when you said that" but ...I guess it was my eyes perked up when I read that!

Hotaru no Hikari! Kimi wa Petto (the older one)! ...now that I thought about it there aren't that many good ones 😂

Thank you, I will check them out!

I've heard of Kimi wa Petto before, and have been meaning to give that one a try.

Superficial side note: Oh cute yellow dress. Seo hyun Jin had the same one in red in ep3-4 of temperature of love. I want it in red 💕💕💕💕

Is it weird that I like him more since he has a floofy cat?

Is it weird that I like him less because of his hairstyle? LOL when oh when will that center-part style die, already? 🤣

I never foresaw this happening but I'm so used to it again that I'm okay with it now...

I just want a cute romance to pull me out of my drought. Any chance it will be subbed on a legal site? Probably not given my luck.

I love Lee Min-ki, but I'm excited for second and third couple more. ❤

This looks super cute! And Jung So Min, oh, I miss her.
I hope it won't disappoint <3 Looking forward to its first episode!

(and such pretty colourful poster + of course the CAT! THERE WILL BE A CAAAAAATTTTTTTTTTT)

I am so looking forward to watching Jung So-min again. The teaser is so funny it definitely made me want to watch this. Excited to watch the hi jinks that is going to ensure from their co-habitation! Please let Oct 9 come soon!

Yes! This trailer is as cute as the BTS promised.
Also Caaaaaat.

My body is so ready for this drama. I'm already clearing my Mondays and Tuesdays so I can livestream it HAHAHA

This looks cute. Jung So Min looks like Yoon Eun Hye. She could be the next roco queen. Her chemistry with Lee Joon was on point.

Can they please do something about this ahjussi hair 🤦🏽‍♀️

At first glance I thought he was Lee Seung-gi :O

This is the one I'm looking forward to the most this fall!

Hiya! Quick question that's totally off topic.
Do you know how to make your site mobile friendly? My web site looks weird when viewing from my
apple iphone. I'm trying to find a template or plugin that
might be able to correct this problem. If you have any suggestions, please share.