The Package promises a light-filled, pirate-hunting tour of northern France 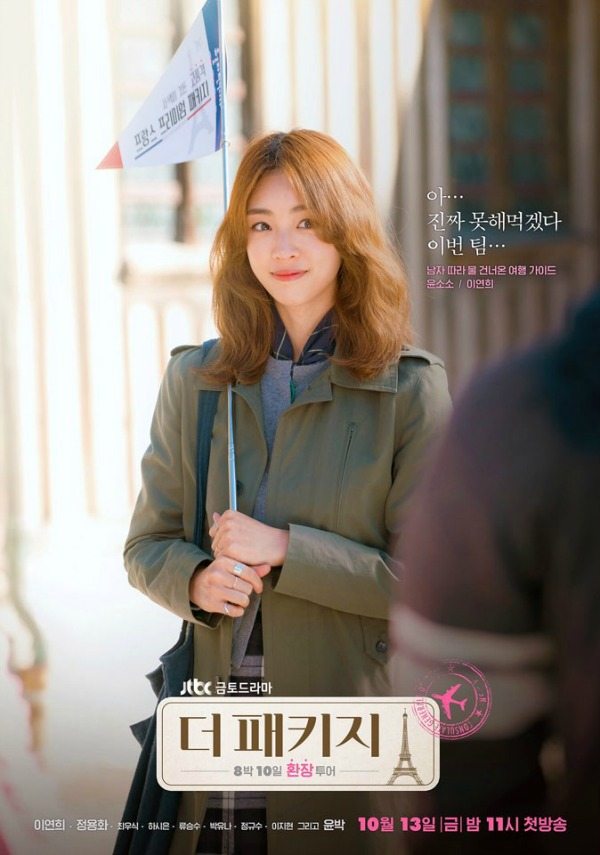 Oh, this is so lovely. I’m not sure whether this show will ease my wanderlust or actually make it worse, but either way, I’ll definitely be tuning in to find out. JTBC’s The Package has released a poster and two short teasers featuring our leads Lee Yeon-hee (Reunited Worlds) and Jung Yong-hwa (Three Musketeers), and some beautiful shots of two of the French towns that will provide the backdrop for the travel drama. I have a niggling feeling that the gorgeous locations, which is really another character in and of itself, will be stealing the show for me.

The first teaser lands us in Honfleur, which is known, among other things, for its contributions to the Impressionist movement. I especially love how they used Honfleur-born Erik Satie’s “Gymnopédie” to score these teasers. We see Lee Yeon-hee take a leisurely stroll along the old port, which has been immortalized in paintings by the likes of Boudin and Monet, as the copy reads, “You’ve arrived in Honfleur, the town where Normandy’s light was put on canvas.” She walks among the crowds and narrates, “This is the place where we first met.” We briefly see Jung Yong-hwa also wander the streets of the town as the teaser ends.

The next teaser largely reflects the first, though this time, we first see Jung Yong-hwa exploring the walled city of Saint-Malo, historically notorious for its naval mercenaries. The copy says, “You’ve arrived in Saint-Malo, where you look for pirates and end up walking along the ocean.” Addressing his tour guide, Jung Yong-hwa invites her to travel “without your tour guide flag, freely.” Eugh, what I wouldn’t give to be walking on that beach or riding that carousel like Lee Yeon-hee.

This package tour is not all fun and games, though, and it looks like Lee Yeon-hee might have her hands full with the tour group that will make up the central characters of The Package. I love the poster of her with the wide-eyed, these-people-are-crazy look on her face, as she holds her tour guide flag close to her chest. The caption on the poster reads, “Ah… I really can’t take this team…” Hmm, the poster also describes her as the tour guide who “crossed an ocean for a man.” I wonder whether that has anything to do with the mysterious man played by Yoon Park (Introverted Boss) who will try to track her down in France with a single photo. Curiouser and curiouser.

JTBC’s The Package will premiere on October 13 following currently airing Age of Youth 2. 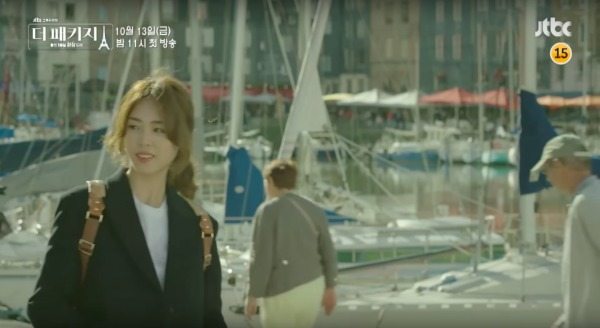 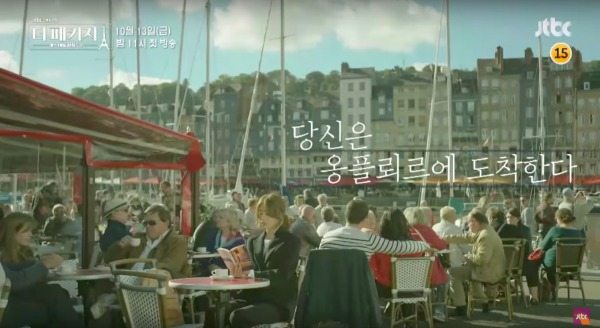 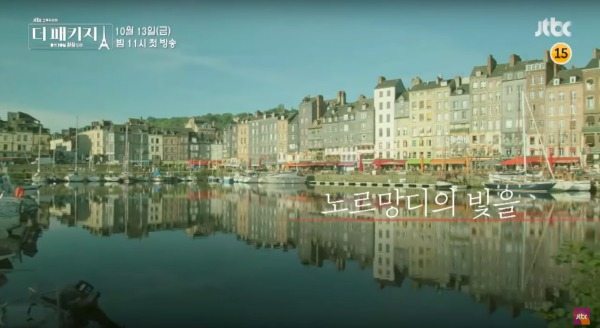 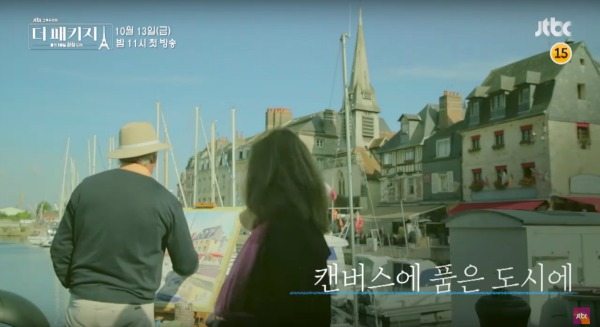 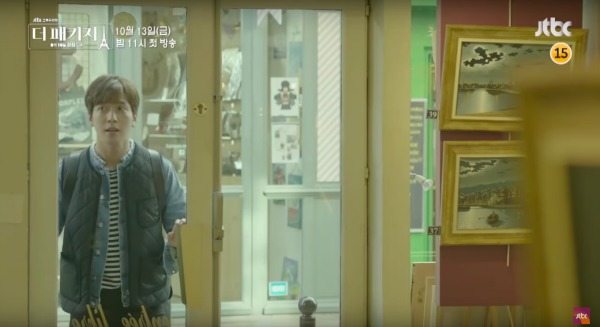 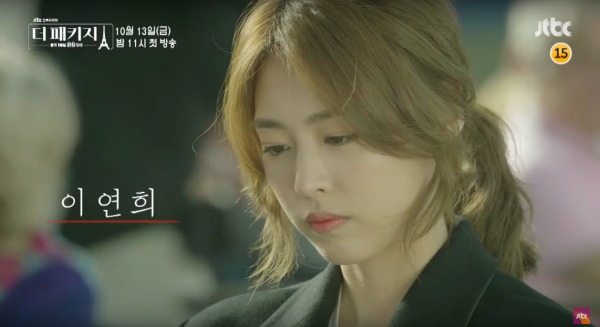 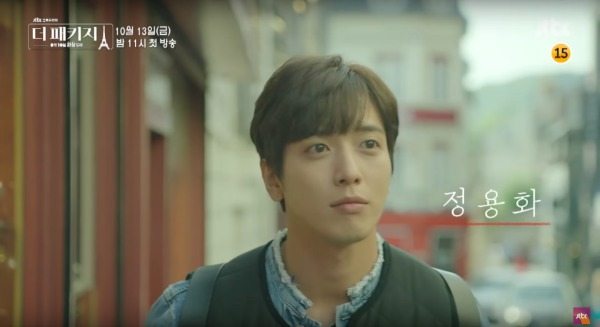 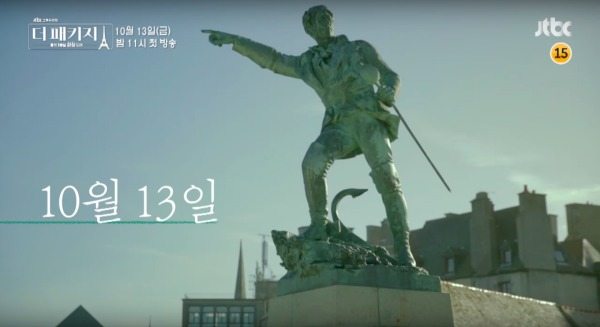 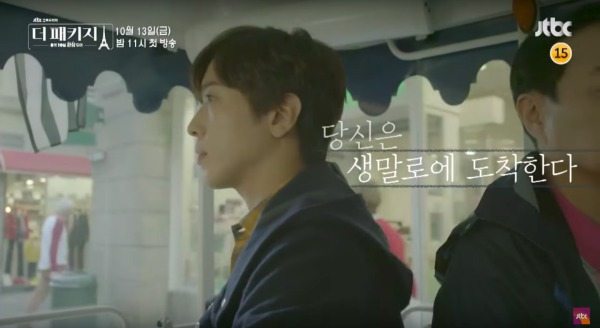 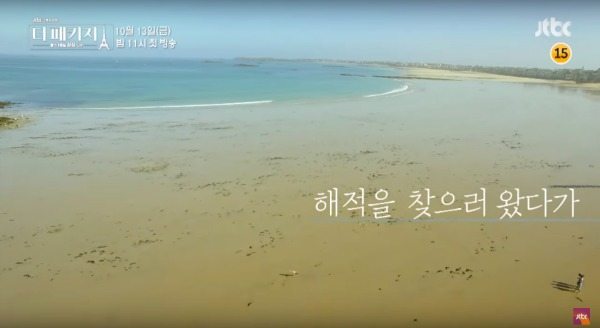 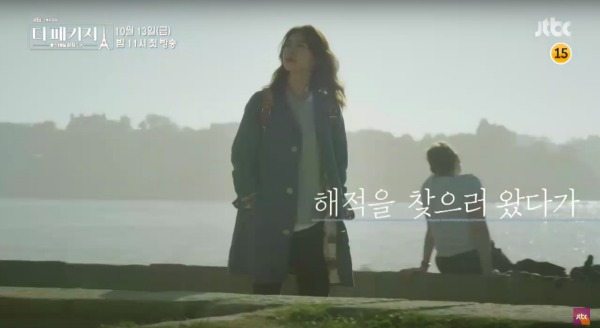 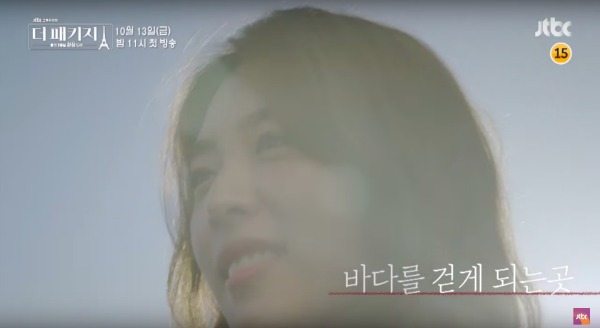 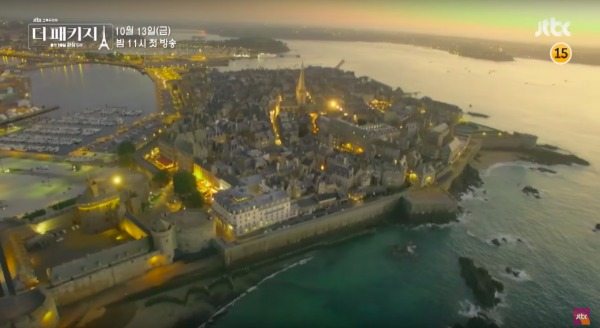 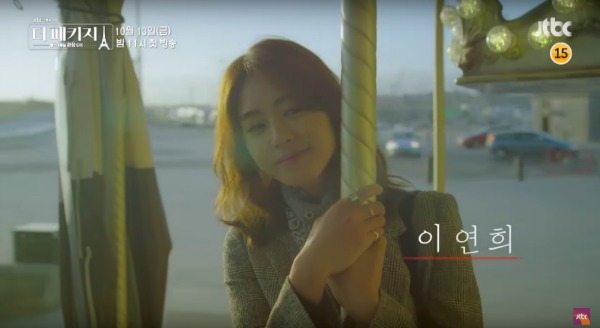 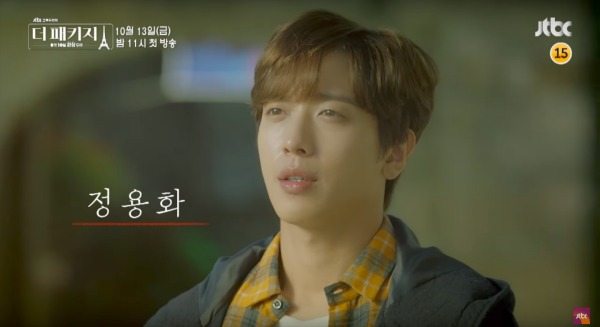 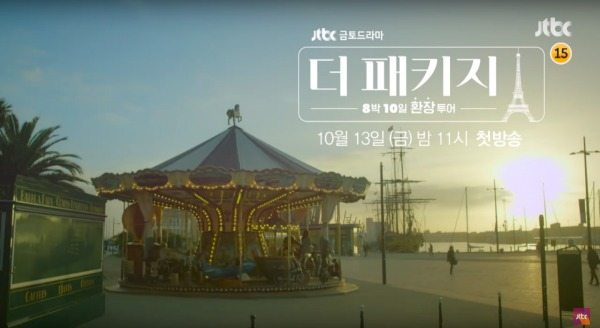 Lol, this is one of the many things I love about kdramas. The title of this article. Like, what?? Koreans and pirates...in France! But hey, the girl from Reunited Worlds (love that drama). (Also, I like her hairstyle better in this one.)

How pretty! I wonder if the cinematographer will explore the light and its changing quality as its own character as an Impressionist painter would.

Erik Satie's Gymnopédie sets the contemplative mood of these trailers beautifully, although his music did inspire later artistic movements like the "Theater of the Absurd." Hopefully logic will not give way to irrational plot holes in the drama. Queue nervous anticipation......

The moment when more than 1 country has same theme for the show.. wonder who copied whom.. or minds alike..

so yeah, shud be my first drama of JYH :P

Oh, Honfleur is a lovely town! We were there in April. Awesome old buidlings, art museums everywhere, and all the restaurants have chocolate desserts. If you're in the area, check out Monet's farm, just upriver.

I seriously can't wait for this drama~

Argh me mateys it be talk like a pirate day on ye olde internets. These scallywags look like they be trollin' for treasure.

A drama filmed in France, but not in Paris? This is quite refreshing :) Saint Malo and Satie's music reminded me of holidays when I was a child and made me feel nostalgic... I wonder if my mind will have a hard time associating a kdrama with France's picture postcard sceneries?

I wish DB would recap this show. I know we're not supposed to ask that but I'm loving it so much it would be great to read more about it.