Trios of best friends, rivals, and enemies for KBS’s Go Back Spouses 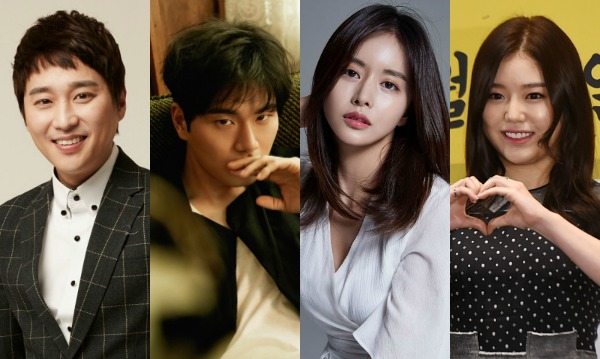 Wow, this is a whole lot of names. KBS’s Go Back Spouses is a little over a month away from its premiere, and has recently added a slew of names to its supporting cast. It’s actually quite funny how parallel these new characters run in terms of their relationship with the main couple, played by Sohn Ho-joon (Blow Breeze) and Jang Nara (One More Happy Ending). We’ve got a trio of best friends for each spouse, as well as the requisite rivals in love.

Go Back Spouses will follow the titular married couple, both 38, who are constantly bickering and generally very unhappy with how their lives turned out. They embark on a “clean up the past, change my life” project, which may or may not include time travel (some reports say they do, others omit the information). In either case, a good chunk of the series will be set in the couple’s college years, and the casting reflects that.

First, we have Heo Jung-min (Introverted Boss) and Lee Yi-kyung (Mirror of the Witch), who will make up two legs of the bromance trio with husband Sohn Ho-joon. They’re all students in the civil engineering department, and they sound like a hoot: Lee Yi-kyung has a bright and charming personality, but is called naive and a little dumb, lol. Heo Jung-min is described as a bit of a weakling in school and a comic character, although he successfully changes his style due to his love for Han Bo-reum’s character.

Han Bo-reum (Bring It On, Ghost, Modern Farmer), on the other hand, is one of two best friends of Jang Nara’s character, along with Jo Hye-jung (Weightlifting Fairy Kim Bok-ju). Han Bo-reum, a former high school cheerleader, sounds like the kind of friend I’d love to have, with an easygoing personality and a high alcohol tolerance. Jo Hye-jung’s character is a bit of an oddball, but I can see her bringing the comedy: She has an innocent and goody two-shoes outer appearance, but will occasionally throw out a surprisingly sarcastic remark. 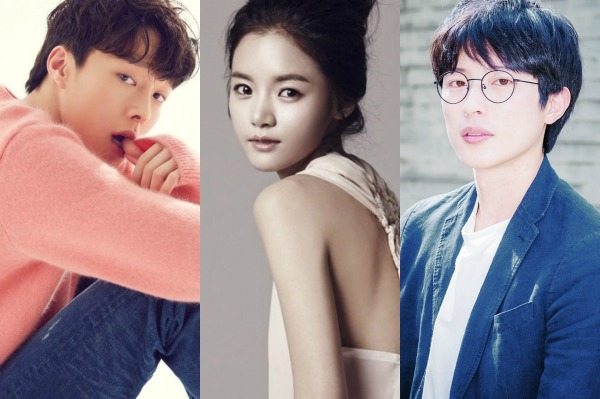 And then, we have the college-era rivals, who will vie for the leads’ hearts. Jang Ki-yong (The Liar and His Lover) will play a popular upperclassman in the same history department as Jang Nara. He unexpectedly and suddenly confesses to her in public, but gets turned down. Go Bo-kyul (Seven Day Queen), on the other hand, will be the recipient of Sohn Ho-joon’s one-sided love. A ballet major, her character will slowly open her heart to Sohn Ho-joon’s when he starts approaching her differently from before.

Im Ji-gyu (Man to Man, Doctors) will also be appearing in Go Back Spouses as Sohn Ho-joon’s sunbae in med school. In the present, he is the director of a hospital and has a relationship with his underclassman built on their mutual dislike for one another. Not exactly sure how he’ll play into the predominantly campus rom-com, but it might be fun if the antagonistic interactions are played for comedic effect.

Whew. That is quite the supporting cast, but it feels like the show is populating its universe with fun, likable characters, so I’m happy with how Go Back Spouses is shaping up. It’ll be interesting to see the cast on screen because the age range of the actors is quite wide, and while I can maybe see Jang Nara playing a college freshman (the woman doesn’t age, I swear), conversely, it might be harder to believe Jo Hye-jung as a 38 year-old.

Go Back Spouses will follow KBS’s Strongest Deliveryman in their Friday-Saturday slot, starting on October 13.

Whoa, with an ensemble cast this large, one would mistaken it as a weekend family drama! A drama with lots of bromance and sismance is something I can get behind. I also wonder if the trendy topic of "marriage graduation" is going to come up in this drama.

Just really happy to see Jang Nara back on the screen! Tipsymocha is right, this woman doesn't age, but I am still happy that the flashback or time travel only goes back to college and not high school....that might be just a little too much Angry Mom level suspension of disbelief for me.

It's also funny how Jo Hye-jung went from being Lee Sung-kyung's friend to JNR's friend.

I'll watch this drama! It sounds will be something nice to watch.

What a lineup! All seem pretty solid. I also appreciate the casting of the parents, which include Kim Mi-kyung, Lee Byung-joon, Kim Byeong-ok, and Cho Ryeon.

It would have been slightly awkward seeing such wide range of actors in age playing college peers, but since the drama seems to focus on comedy...it should be rather okay and maybe even funny.

Tbh, I'm done with time traveling for the time being......

Aww is Lee Yi-kyung going to be paired with Jo Hye-jung? They played friends in the web drama "Because It's the First Time" and his character had a crush on hers. ?
The supporting cast seem generally very young to be 38, or is it because most of the drama takes place during the leads' university days?

Wow this sound really good...
And the cast is amazing... Well done!!!

It will be very interesting to see a couple try to overcome the difficulty of marriage, I like this premise.

a large cast it is. I think I'll give it a try because I love Jang NaRa. I have seen some of the support cast previously and even when I like Jo Hye-jung and I think she's cute (and I think she was awesome in WFKBJ) I hope she get a more serious character because she was basically the same person in Cinderella and 4 knights and in WFKBJ, I don't want to see Nan Hee the older version.

Jo Hye-jung is a terrible actress in serious roles see Imaginary Cat. She really suits comic roles because it doesn't require much emoting to be comic relief. I liked her in what I saw of WLFKBJ and Cat4K, but her voice grates on my nerves. I don't know if that's just the way her voice is or if she does that because she thinks it cute.

They held a script reading for it at the end of last month, the older cast member have all worked with Jang Nara in past dramas and should be familiar faces to any regular K-Drama viewer. Still no hint on time travel or just flash back to the past in the drama as yet.