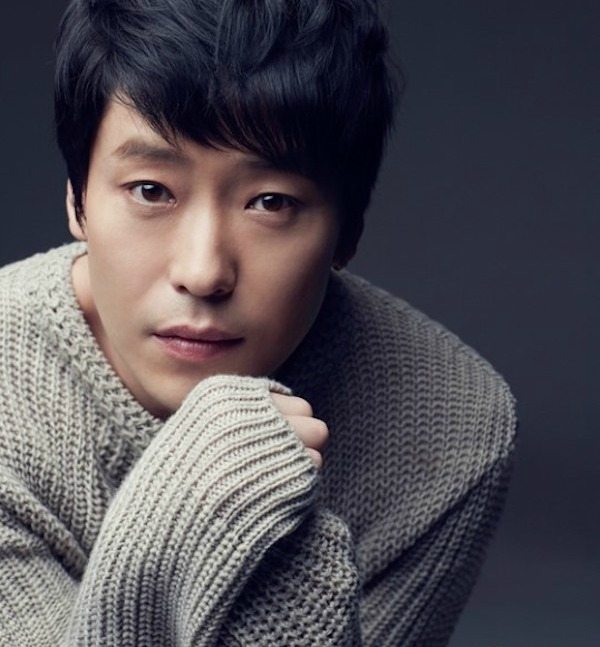 Well, this is certainly a departure from his last role as an insidious murderer. After turning down Four Men, Eom Ki-joon (Defendant) has confirmed that he’ll be joining the cast of sci-fi romance drama I’m Not a Robot as a robotics professor. Yoo Seung-ho (Ruler—Master of the Mask) plays the main character, a man with such severe allergies that he lives in a sterile environment, devoid even of humans. Thus, he’s never had the experience of falling in love until he meets a girl robot one day.

Eom Ki-joon is set to play the man who is instrumental in Yoo Seung-ho finding love in the female robot. But since the genius robot professor is a bumbling novice himself in the ways of romance, I can only imagine how many funny scenarios will result from the two men trying to learn the ways of women through this robot. The female lead will be played by Chae Soo-bin (Strongest Deliveryman), whose character is described as a young woman with a great depth of mechanical knowledge (due to her father who runs a car center) who plans on opening her own business.

I can’t wait for this to happen. Eom Ki-joon is a great casting choice for any drama because he’s such a versatile actor. But the way he’s described here, as a professor who is super competent at everything except love, takes me back to when I first discovered him in Dream High. In that role, he was the perfect balance of earnest, sweet, and completely clueless about any of the love hints Lee Yoon-ji threw at him. And while I enjoyed his performance as a creepy charismatic killer, I’m hoping I’ll see that cute naive side of him again.

MBC’s Wednesday-Thursday drama I’m Not a Robot will premiere in November after the end of Hospital Ship.

Yes,i like him so much and the cast is shaping to be better and better now i only hope the script will be good...One question still on my mind,is the heroine human or robot/android as i see here that says she is human...I'm a bit cautious as i fear it will end in a bittersweet/sad tone if she is indeed a robot just like My Perfect Bofriend versions

Hmm,maybe the Doc will pass her as a robot to treat him and maybe as research for his future stuff? As the title can go both ways,for her or for him...

Title is misleading. Thought YSH was now having an ajusshi-mance with Eom Ki Joon instead ?

Give me the gay (SLAMS DOOR DOWN) DEMAND THE GAY

I thought the same, but then I realized that would never happen, so clearly I was reading it wrong.

I would pay to watch it tho. Since clearly, I have yet to see a YSHxgirl pairing that work, LOL

I'D WATCH THAT THOUGH

Is it sad that I'm looking forward to *anything* after Hospital Ship? And robots would probably be more believable.

But if Chae Soo-bin is going to be in this, that must mean Strongest Deliveryman will be over. Sob.

so..the female lead is not the robot?

I was thinking (hoping for?) an avatar-type situation. She is the consciousness of the robot, operating it from afar... Mostly I have a bit of trouble with AI and romance so I'm hoping for something else.

I'm getting a "Pygmalion" vibe here. Except that instead of the sculptor's statue coming to life, she is modeled after the professor's lab assistant / robot wrangler -- or the grease monkey at his neighborhood garage.

Apropos of the automotive mechanic aspect of the show, I was reminded of CAR TALK with Tom and Ray. They just celebrated 30 years on National Public Radio with a podcast full of relationship advice. Coming from a couple of guys who went to MIT, what could possibly go wrong?

It's weird that the drama is getting more popular actors than its initial choices. But I'm worried about the material. I hope it's one of the cases where the drama rated well even after their first choices declined.

And I wish Gong Seung Yeon was just here instead of the other robot drama. It just feels like she and Yoo Seung Ho would have good chemistry according to my imagination. Haha.

I think your imagination is correct. Hahaha!

Anyway, I'm also scared of this drama's script after all the actor wooing and declining. Hope that isn't the case though!

Love YSH but I really hoped he would've passed on this one. Doesn't sound like it will be too good. Plus I don't really love CSB as a female lead. Will skip this & follow his next project ??

So YSH is confirmed for this right????
I don't want to get my hopes high. Excited to see him and CSB together in a drama

It is sounding much better now. Actually the storyline kinda reminds me of the indie movie Lars and The Real Girl starring Ryan Gosling. When he met the real girl he wanted to date, it was a hoot watching him transition his doll out. Also I am so glad YSH is taking on a comedy for a change. Bye bye to the prince of tears. I really like Chae Soo Bin. Her acting is not yet all there and her romantic chemistry with her costars is bit lacking as well but she's just so easy on the eyes. Not the prettiest girl but charming and has screen presence. I am so glad it's her taking this on rather than an idol actress which we have seen wayyy too many of this year. Yes CSB is also a lil over exposed but if you look at actresses in this 20-25 age gap, there really isn't that many strong ones around. So yes - I'd rather her than a girl group member any day.

I don't think I've ever seen actor Eom Ki-joon play anything other than a villain, although he does that very, very well I must say. It'll be interesting to see a different side of him.

Hope drama is good, cant imagine him being in love with a robot after cat haha. Hope Chae Soo Bin wont be shadowed by a robot.

That's so true, he's so great in every role he receieved.

I can tell that he is going to be a scene stealer ?

Yes! I loved Eom Ki-joon in Dream High too and I'm so glad he's doing that kind of role again. So, is Chae Soo-bin the robot girl Yoo Seung-ho falls in love with? Also, this might be the first time Yoo Seung-ho is acting with an actress that is very close to him in age. There's only a year difference between them, and he's OLDER! I'm curious to see what kind of chemistry they have.

Go Ah Sung & Park Eun Bin were also just a year apart from him so it's not the first time.

Honestly, I've been wishing for an Uhm Ki-joon drama recently because I've been loving him in the variety show Wizard of Nowhere. So to have him AND Yoo Seung-ho in one drama MAKES ME SO HAPPY. Then you add Chae Soo-bin too and YAS

Give me YSh & EKj as the main pairing and remove CSb and I'll be happy! They'll be a much better pair any day!

Aww so Dongha turned down the offer? I was really looking forward to him as the male lead. ? Maybe he didn't like the script? Oh well, I like Yoo Seung Ho but I have a love-hate relationship with his past roles.