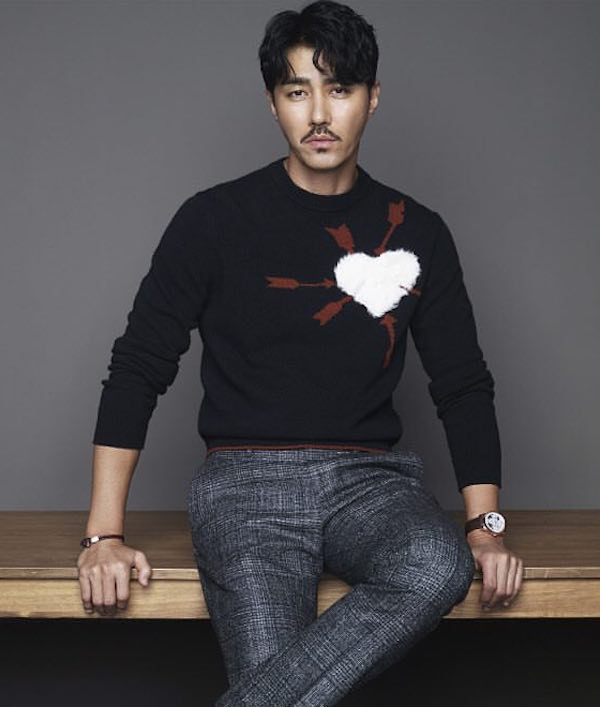 Will there be a You’re All Surrounded reunion soon? It’s been confirmed that Cha Seung-won (Hwajeong) will be starring in the next Hong sisters drama Hwayugi, which is currently courting Lee Seung-gi (Love Forecast) to be its other main lead. Their chemistry as rookie and veteran cop was the highlight of You’re All Surrounded, so if this matchup happens, I’d be ecstatic.

Hwayugi is a modern retelling of the classic Chinese novel Journey to the West, which is about a Buddhist monk who is tasked by the gods with retrieving sacred texts from India. The gods give the monk four protector-companions, the main one being Sun Wukong (character offered to Lee Seung-gi), the mischievous Monkey King. Along their way, they encounter various obstacles that are overcome through their combined cunning, strength, and faith. In the drama, the monk will be a female heroine who searches for the purest light in the midst of the dark world full of evil spirits.

Cha Seung-won’s character is modeled after the Bull Demon King, who initially presents an obstacle for the travelers, but becomes a sworn brother to Sun Wukong. In Hwayugi which is set in the present day, Cha Seung-won will play a gentle and charismatic businessman. He’s content with his luxurious life, being the object of everyone’s envy. Even though he’s the CEO of an entertainment company, he’s more popular than even some of his own celebrities. However, he has a bad history with Lee Seung-gi’s character in the past. So I’m looking forward to the potential bickering bromance between the two, especially if they engage in a love triangle with the monk.

According to reports, Cha Seung-won agreed to join the cast primarily for two reasons. The first was because the character of the Bull Demon King fit him perfectly, which brings us to our second reason—the character was specifically created with Cha Seung-won in mind. Other names that have been floating around to star in the drama include Oh Yeon-seo (My Sassy Girl), who has been offered the part of the monk. Then there’s Kim Sung-oh (Fight My Way), who may play a villainous evil spirit, and Lee Hong-ki (Modern Farmer), who is up for the part of one of Cha Seung-won’s idol singers.

Saturday-Sunday drama Hwayugi will air on tvN starting this December.

Yay! At least we have one confirmation. :)

Yay!! I need my handsome oppa back on the screen. It's pretty cool they created the character with him in mind. And it can't be too much to ask for a reunion right?

Thanks for the great news, @tineybeanie!

I'm long overdue for Cha Seung-won. He was great in HWAJUNG. Dang, what a soothing voice. This modern retelling of "Journey to the West" sounds like it will be a blast. ;-)

I don't think my heart could actually take a love triangle involving both Lee Seung Gi and Cha Seung Won. I love them both so much, I wouldn't know who to root for. Seriously, I think I'd just end up hoping for a random third male lead to swoop in so I can be free from the burden of having to pick between my faves!!

Yes!!!!!!!But didn't they say that Seung gi did accept in the end the role?

So hyped at this casting news. This drama looks like it has great comedic potential and laughters. Looking forward to this and Black Knight for year-end dramas.

Chajumma! Yeayyy excited to see him back 💃

Please no love triangle. So cliche..

word is out that Oh Yeon-seo confirmed. Its likely Lee Seung Gi might accept this drama. Have to wait til after he's discharged

I hope to the Drama Gods that this doesn't go the way of "Warm & Cozy" and "Big", I need another "Greatest Love" and "You're Beautiful" from the Hong Sisters. I'll even take a "Master of The Sun"! But, if they can keep Cha and Lee Seung-gi, I'll stay with it, even into "Big" country.

OOh, I missed the part about Lee Hong-ki up for a role! That's it, even if it's their worst ever, I'M IN!!!

It's been so long since Cha Seung Won has been filmed...I've exhausted all youtubes here in America watching every clip of every thing he's ever done! Overboard? Yes! He's so talented and been away for too, too long. Happiness from America!!