Dancing the Macarena with Go Back Spouses 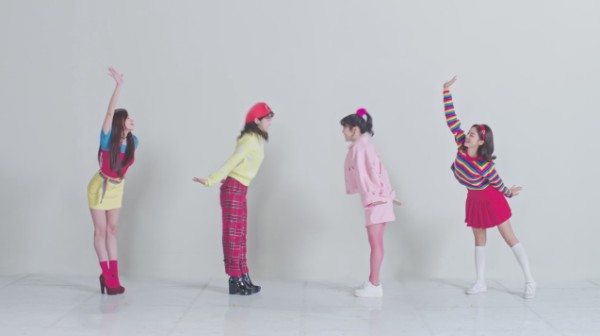 I’m totally feeling the throwback vibe with the Macarena music video that Go Back Spouses has just released. We see Jang Nara (One More Happy Ending), the “baby-care loser and full-time housewife” enjoying herself in ’90s plaid, dancing with her friends, in between intervening scenes of the drama.

She and Sohn Ho-joon (Blow Breeze) play an acrimoniously bickering married couple who have grown weary with their lives and with each other in the present. They go back in time eighteen years, retaining their memories, but having regained their lost youth.

The two fathers-in-law sing the Macarena chorus: Kim Byung-ok (Man Who Dies to Live) plays Sohn Ho-joon’s father, while Lee Byung-joon (Father is Strange) plays Jang Nara’s father. But in between their cheerful singing, we see scenes of Jang Nara yelling at Sohn Ho-joon for not bringing in enough money or leaving her to be lonely. And he asks why she doesn’t understand him, as he sacrifices his pride on multiple occasions to provide for their family.

The two are completely surprised when they wake up one day to see that they’re in their young bodies from 1999. My favorite scene in this music video is when Sohn Ho-joon, with his knowledge of the future, insists his parents to give him all their assets so he can invest the money. His father comes up behind him wielding a hammer, calling his own son a crazy bastard.

There are also a few funny instances where Jang Nara and Sohn Ho-joon both act as old as their 38-year-old mental age, completely incongruent with the thoughts of their twenty-year-old friends. Sohn Ho-joon lectures his friends that men shouldn’t confess unless they have something to provide the girl, and when Jang Nara stuffs her face so quickly her friend asks why, she explains, “When you have kids, you’ll do this too.”

The video also captures the couples’ first encounters with prospective other love interests, Jang Ki-yong (The Liar and His Lover) and Go Bo-kyul (Seven Day Queen). They both have fluttering feelings for these other love interests, so I’m curious to find out whether our couple will find the spark between them again in their literally relived youth.

The teaser ends with the cast performing the Macarena in a crowded nightclub, with colorful flashing lights all around. KBS Friday-Saturday drama Go Back Spouses begins on October 13. 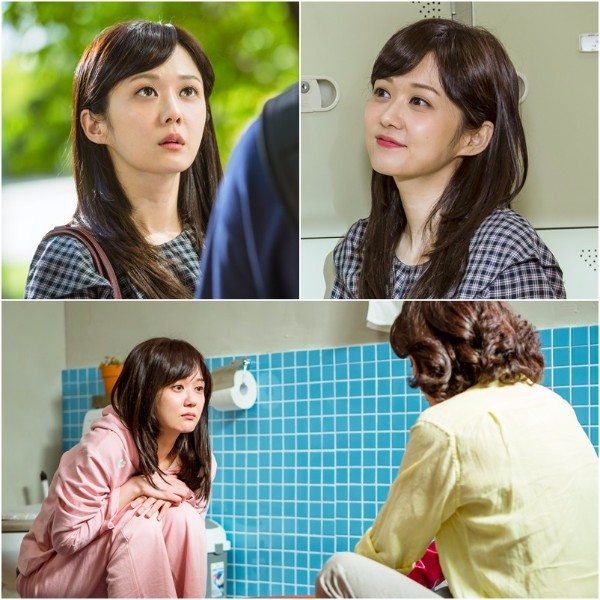 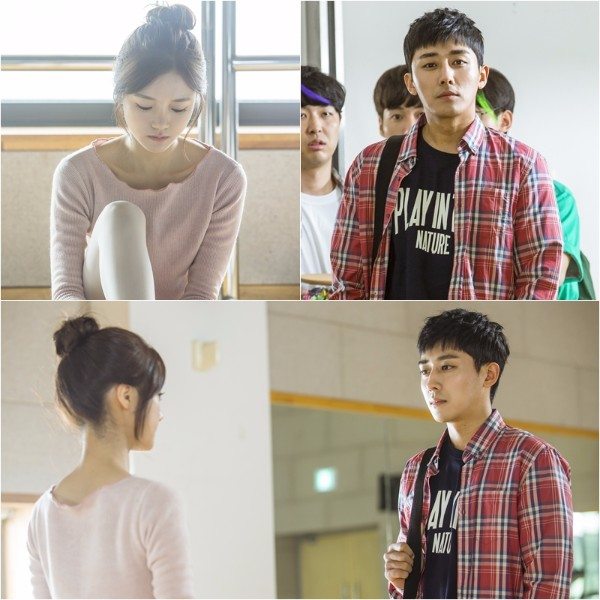 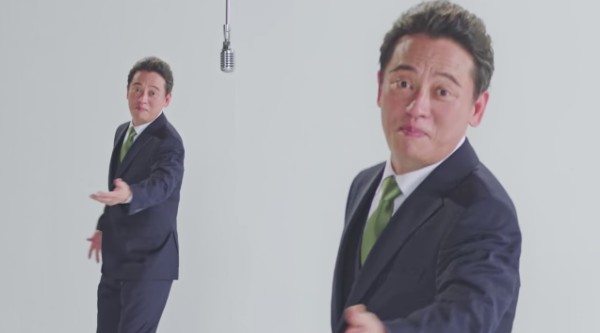 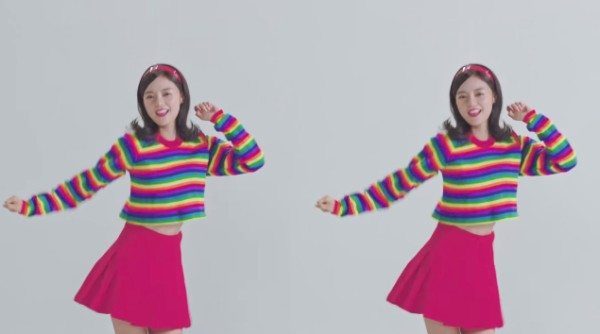 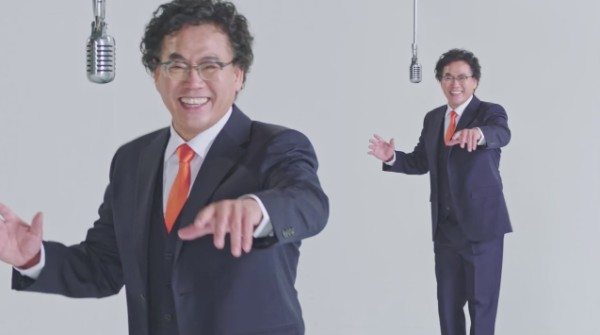 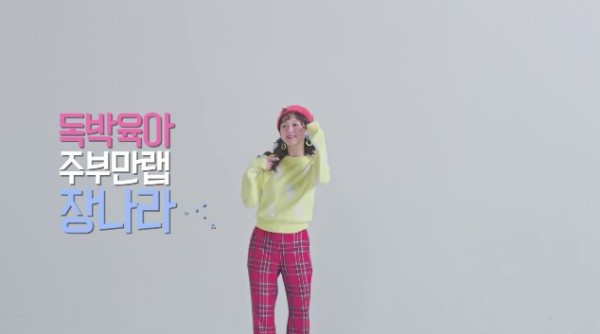 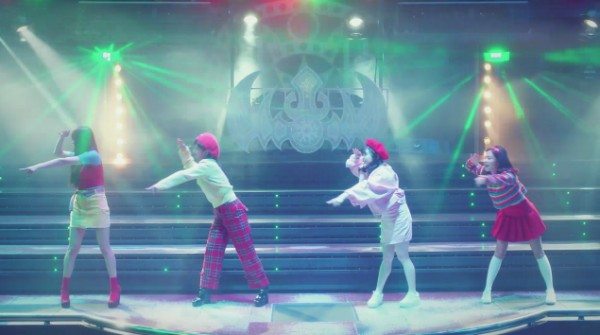 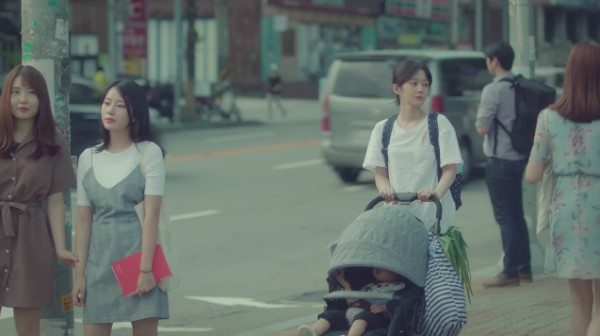 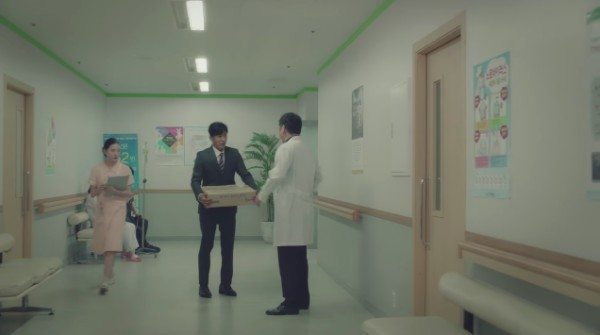 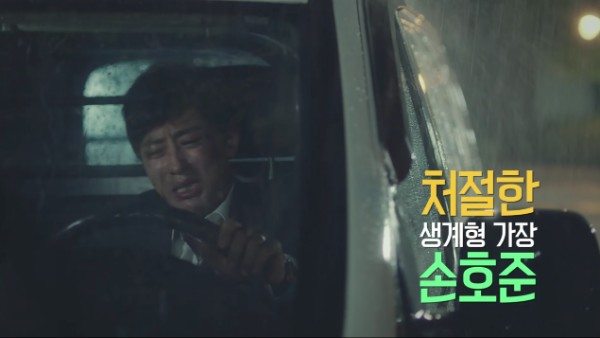 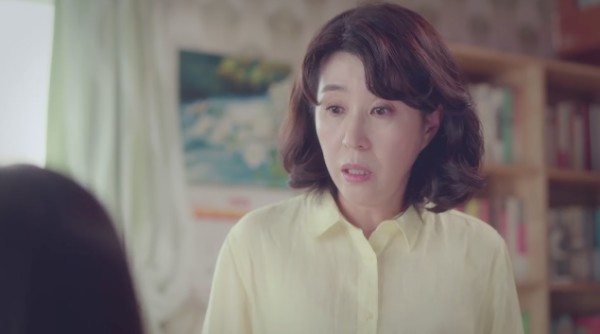 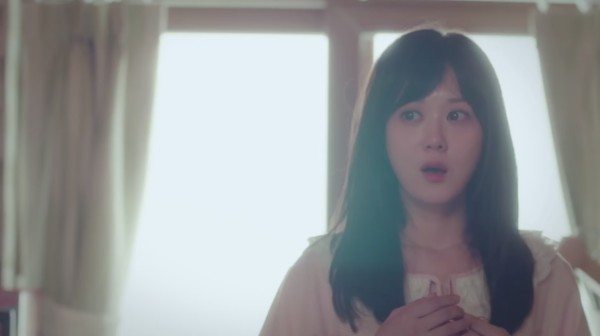 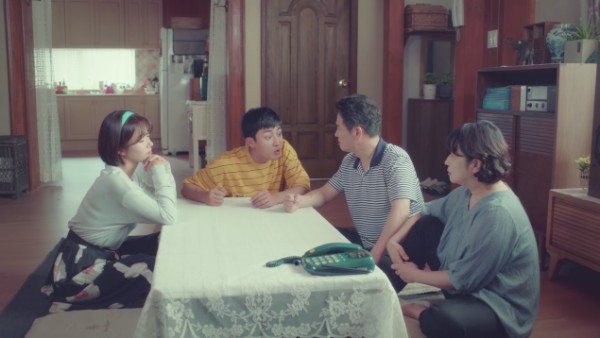 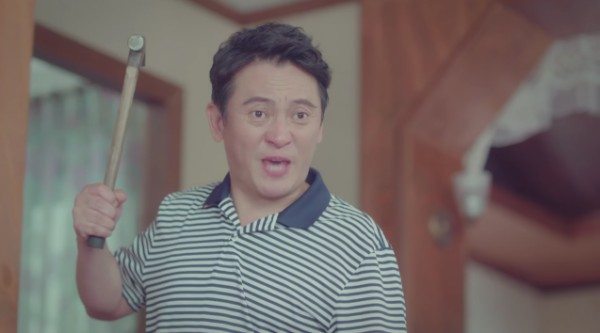 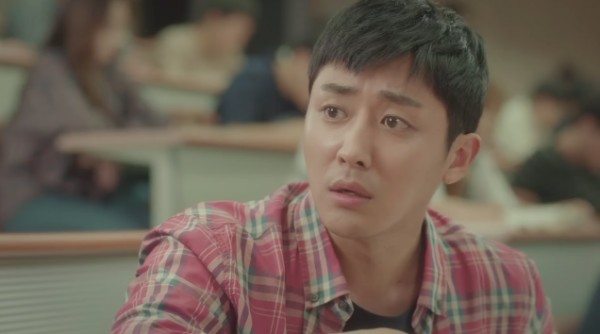 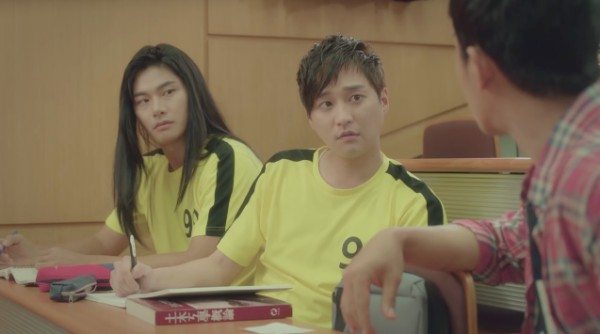 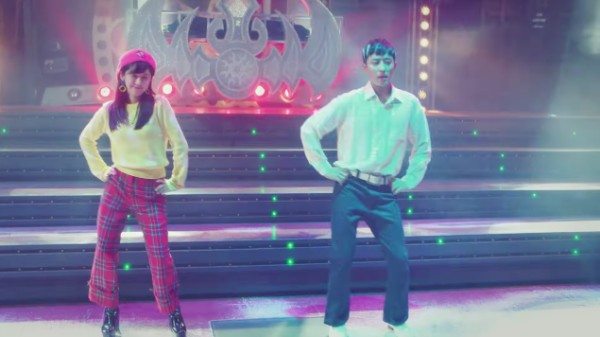 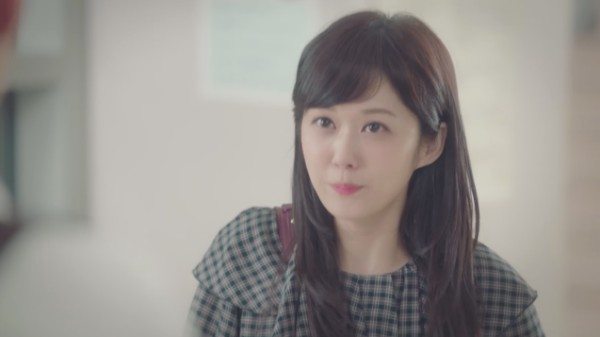 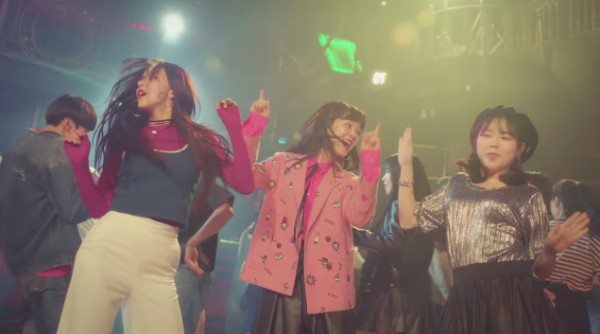 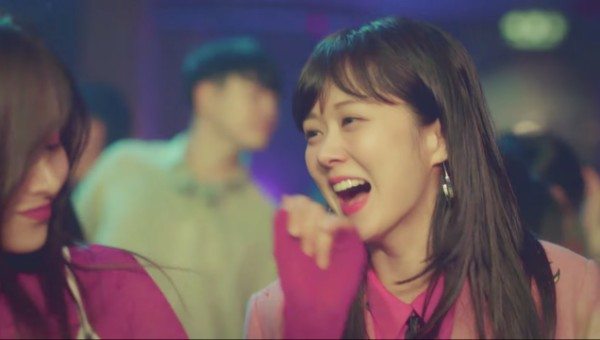 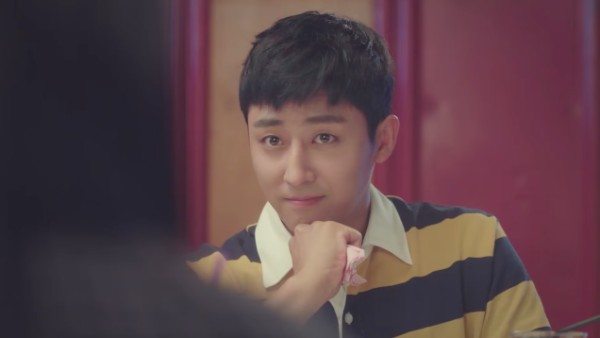 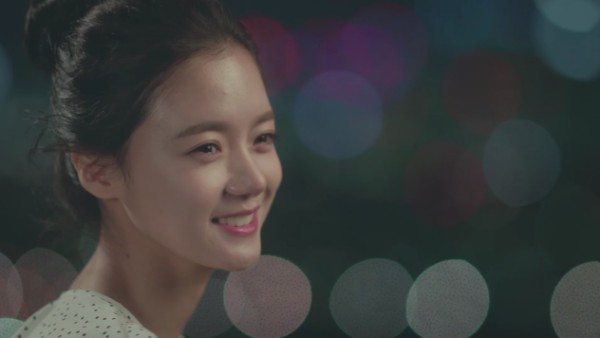 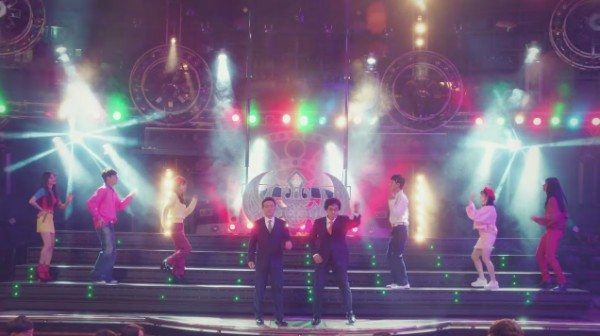 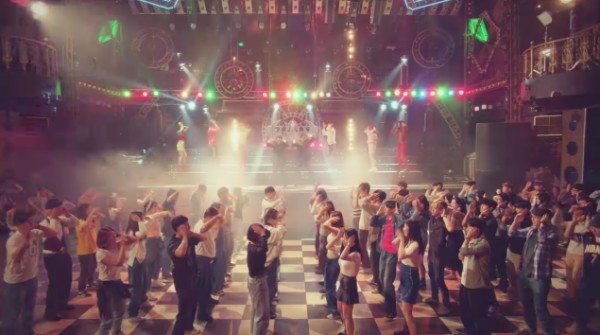 I had the same thought!! >_< and it invoked the same fear as Riko below. But this is based on a pretty popular manhwa so we can expect more coherency. Let's hope this is more 'Deserving of the Name' than 'Manhole'.

But we could expect it to be better, because the two of them cine back in time... well... we will have to wait and see

Come back in time, I meant

i smell a big flop with this drama, i don't know why???

I get the same feeling too...

The teasers are too good that's why I'm scared lol

The first 2 episodes of 20th Century Boys and Girls were a huge disappointment so I'm hoping that this will be good. At least the trailers look great. Plus JNR and SHJ are showing some good acting.

i watched ep 1...have yet to watch ep 2 of 20th Century Boy and Girl...and yep it was pretty disappointing. I was mostly confused but at least the Hong Kong shots were kinda nice.

Too short. I was thinking that they really wasted money on the Hong Kong trip if they only did that little.

I liked the first 2 episodes of 20Century, I loved the friendship between the girls.

The second episode was alot better imo. I was also confused as to why they started the plot in that direction. I didn't understand why we needed to spend so much time on her life as a celebrity

For me the editing was really messy. I'm not talking about the flashbacks to their childhood scenes. Those were fine. It's just that the drama on the whole has awkward transitions.

I expected a little better, but I'm going to keep watching to see how it goes anyway.

Um yeah so this is a drama that I need to watch then...lol

also are the father in law actors really in the dramas accredited to them above?

I laughed a lot at this teaser, it made me go back in times to this song days when i was young and me and my friends would dance on this song during birthday parties.

I love the dads singing the Macarena, they're so cute. I so loved watching people doing the Macarena back then, but just never managed to learn how to. Seeing the dance trailers somehow does remind one of Manhole😓. Hopefully this show has a much stronger cast and I'll have my fingers crossed..

Those two dads were the best part of this teaser. I wasn't even thinking about trying out this drama, but I'm convinced. Eeeeeeeyyyyy macarena.

I want to watch but there's no time *cries*

I thought of Age of Youth 2 as soon as I saw the thumbnail...

The teaser is hilarious! I'm almost persuaded to watch this but will wait n see first hiw it turns out. On d contrary, it reminds me of Park Bo gum's bombastic teaser so no manhole flashbacks 4 me. I hope its turns out good though.

aah junior high macarena times XD I used to love that song and I remember it was in all the school dances and friend's dance parties. of course since i have to left feet and absolutely no sense of rhythm it took forever to learn but they were fun times.

I am a bit more excited about this drama than the mon-tues fare... I liked both 20th century and First Life, but so far i don't feel the " I need next week now" pull that I usually do. hmm hope this one gives me that feeling.

Funny video. XD I haven't heard the Macarena song in a long time!!
The quirky, comedic promos have been good. Hope this drama turns out well.

i'm excited for this. i remember son ho joon as haitai from reply 1994~

I live for these teasers but they keep raising my expectations so I'm scared and excited to watch this show. There's a lot that can be done with this set-up, so I hope it's good.

Neither Jang Nara nor Son Ho Jin seem too concerned to leave their baby behind in the future while they travel back to the past in this teaser. You'd think they would miss their child- maybe we'll see that addressed in the drama.

I was in sixth grade when macarena was a hit, God, hearing this song reminds me of those embarassing moments during christmas family outings where they used to ask us to dance to this music and I'm no dancer so you could probably see where that went.

Hope this is fun... I wish I can go back to the past too hehehe.. Ive watched all of Jang Nara's drama and she doesnt aged at all

The scene where they are talking in the phone shouting at each other. I can see some good acting

Jang Nara and Sohn Ho-joon!
I really like the trailer so hopefully this show will be good. 😊

I'm excited for Sohn Ho-Joon! Crossing fingers this will be really good