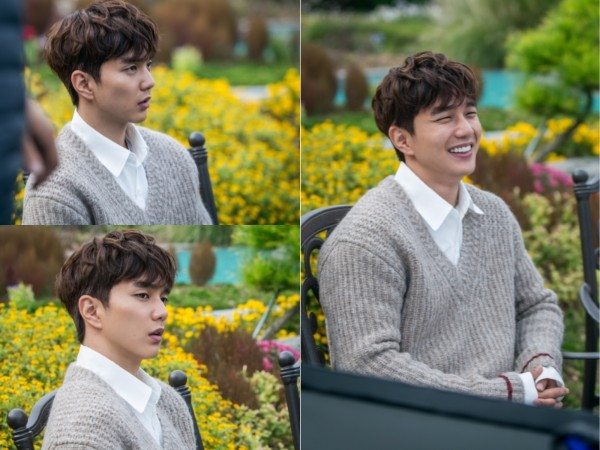 Oh so cute! The first stills of Yoo Seung-ho (Ruler—Master of the Mask) have been revealed for his upcoming drama, I’m Not a Robot. In it, he plays the principal investor of a successful finance company who has everything from money to power to looks. Unfortunately, he also has a “human allergy,” which prevents him from having a girlfriend, let alone any physical relationship. As a result, when he meets this girl robot, in his loneliness, he ends up falling in love with a her. But is she really a robot?

Main love interest Chae Soo-bin (Strongest Deliveryman) is also captured in the stills below. She will be playing two roles: a robot and a human. Her robot character is Aji-3, the latest AI humanoid android with a supercomputer brain programmed to understand humans. Her second character, Jo Ji-ah, is a human who has an Einstein-level of emotional intelligence and dreams of becoming an entrepreneur who makes things that people need. Through her ex-boyfriend who is an engineering doctoral student, she gets a part-time job acting as a robot that looks exactly like her, Aji-3. So I wonder, will Yoo Seung-ho be falling for Aji-3 or Jo Ji-ah? It’s been reported that Chae Soo-bin has been practicing her gait, accent and intonations for months to perfectly mimic a robot.

Regarding the production team, PD Jung Dae-yoon (She Was Pretty) and writer Kim Sun-mi (Shine or Go Crazy) are collaborating for this drama. It’s also been reported that Yoo Seung-ho and PD Jung Dae-yoon hit it right off the bat, completely in tune with each other’s ideas regarding this project. I’m glad because a good rapport between the cast and the crew means a positive work environment, which will hopefully lead to an even better drama.

Overall, I’m just looking forward to seeing these two actors, Yoo Seung-ho and Chae Soo-bin, onscreen. In both their sageuks earlier this year (Ruler—Master of the Mask and Rebel: Thief Who Stole the People respectively), I thought that they were heavily underutilized. So I hope that I’m Not a Robot will give them the opportunity to show off all the cute charisma that I know they’re both capable of.

MBC romantic comedy I’m Not a Robot will air sometime later this year. 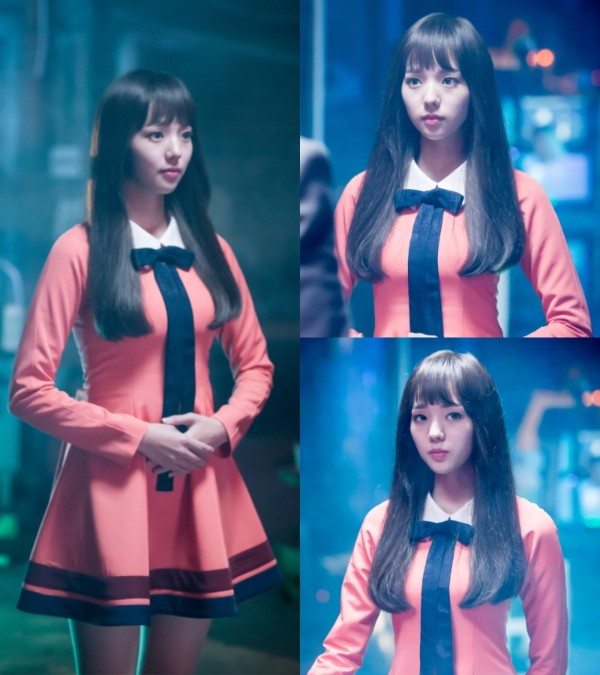 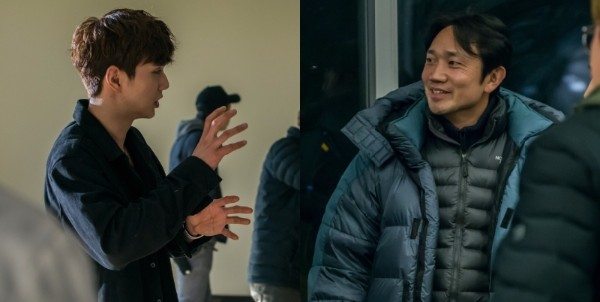 When will this start airing?! What replaces hospital ship?

Woah. So she is...a geeeeenius in her own way too? The balance is quite nice I guess.

The statement in the article was a bit ambiguous. Ha ha!

I did not recall that Albert Einstein had very high emotional intelligence. So that interpretation seemed a bit off.

I gather that it means her emotional intelligence equals that of Albert Einstein's "normal" intelligence.

I don't really find the 'falling in love with a robot' premise exciting. But Yoo Seung Ho in puppy hair look... Conflicted.

What does "Einstein-level of emotional intelligence" mean by the way?

I'm confused about that as well. CMIIW, Einstein is well-known for high IQ not EI (not saying that he had low EI, it's just not as well-known)

Anyway CSB looks so pretty in that robot outfit and this looks like it's going to be a cute show!

My guess is that they are equating Einstein IQ with her EI...which is their way of making the characters complete opposites. Oh, dramas.

Oh, hello @latteholic 😊
It's been a long time since the last time I saw your username

They're saying her emotional intelligence is so astronomically high like like how Einstein's IQ was so high. They're not comparing or equating EI to IQ but rather just trying to show how high the level of her EI is, if that makes sense. So if Einstein is the super human in regards to IQ, then Chae Soo bin's character is the highest performing in regards to EI.

Oh, I get it now thanks! So saying 'human allergy' is also just a dramatic way of saying he doesn't like people at all then.

I wonder if this article is quoting something originally written in Korean? The phrasing seems odd. An allergic response is typically involuntary and has a specific medical definition relating to histamine release and inflammation/irritation.

So if his body involuntarily reacts to the presence of humans, how could a human pretending to be a robot make sense. He would be allergic to it anyways.

Or am I overthinking this, ha ha!

Chae Soo Bin looks pretty as a robot. I think she could do a good job with that role. I liked her after seeing her for the first time in Strongest Deliveryman. Just not sure about the overall premise of this drama....

Yoo Seung-ho is so adorable in those pictures. He has the cutest smile ever. And then his hair makes him look like an adorable fluffy puppy. YES PLEASE.

I think this could be super cute! I wasn't sure at first but now I am kind of getting excited for it! Hope it won't be disappointing...the lead kind of reminds of a little of how Introverted Boss main character was...or the Lucky Romance main lead. Both actors did great with the role, just that the writing and the dramas were a big disappointment. Hope this one is waaaaaaay better.

I don't think "human allergies" are a thing (correct me if I'm wrong*) at least I haven't had one and I've been allergic to almost everything else. So I guess the male lead's problem is psychological and the female lead will get thru to him by pretending to be a robot until he's hooked (?)
* Oh wait, this it the internet, of course somebody will correct me .

I wondered about this too. Like if he's allergic to humans in a physical sense then wouldn't he be able to sense right away that she's human? Unless it's more of a psychological allergy.

This psychological human allergy is intriguing and now i'm more so looking ng forward to the plot than it was before. Yoo seung ho and chae soo bin is what drag me in here but it would be pleasant to got me hooked because of its plot. I'm wishing all the best for it.

The plot is kinda questionable but I'll watch anything for this pairing <3 Isn't the drama airing next week after Hospital Ship ends?

I don't know why but I'm finding the term "human allergy" quite amusing.

If he has a human allergy, he should live with a cat and not bother with human. lol.

Anyway this drama is set to start on December, so between the final epi of Hospital Ship and the premiere of this drama, there will be a few weeks gap (in which 20th Century last 4/8 epi will air 4 days consecutively from 20th Nov-24th Nov).

lol, I remembered Imaginary Cat. Im thinking probably he is living with robots. Does his company staff composed mostly of robots? Uhm ki joon character whose in a robotic Institute might have something to do with it

i normally avoid anything with robotic . I like when emotions overflow, though it can be irritating at times, but that makes it very human. I dont know whether i am looking forward to this show or not, but i like the pairing, and Yoo seung Ho puppy look is begging me to watch this.

I know right, that smile is the trap!

I wish I had something more pertinent to say but his smile renders me speechless...*blushes*
I hope the drama is good!

Ooooh, late 2017 drama? I likey. Maybe airing will start around Temperature of Love and While You Were Sleeping's finale? Yes, please. I can't be oppa-less when 2017 ends! (This is serious business.) It would be tough to let go of Yang Se Jong and Lee Jong Suk when their dramas end so I'm going to need a preventive medicine to cope, preferably in a form of one of my favorite actors. I'm glad it's YSH <3 I can't wait for this!

Good pairing! Got a little confused with the part about her EQ being the same as Einstein's IQ -- so is the female lead a genuis but more of an emotional genius? Or is she just a genius because honestly, I would dearly love a female lead who's a genius this time around.

This seems weird still.
But I like Yoo Seung-ho's hair and Chae Soo-bin a cutie PLUS Robots are cool

As long as Yoo Seung Ho doesn't cry his eyeballs out again, I'm in.