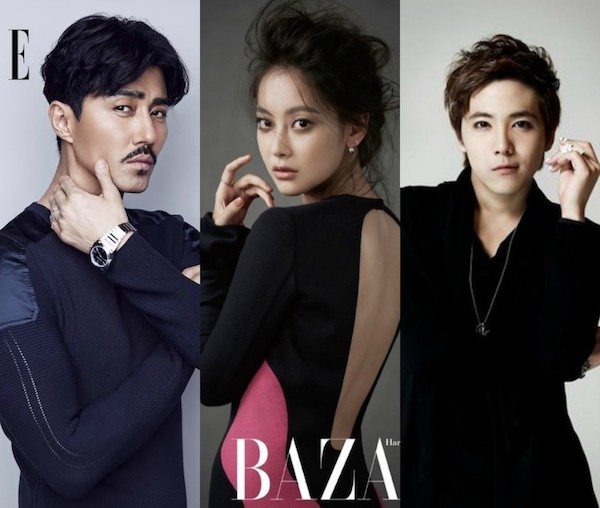 This casting lineup for tvN’s next fantasy romance Hwayugi is shaping up to be awesome. Recently, a slew of offers have gone out, and have returned with many confirmations. The first three to have officially signed on include Cha Seung-won (Hwajeong), Oh Yeon-seo (My Sassy Girl), and Lee Hong-ki (Modern Farmer)—whom I can already imagine as an amazing comedic trio.

Based on the epic Chinese novel Journey to the West, this drama tells the tale of a great odyssey, undertaken by a virtuous monk and his four companions to seek out scriptures in the West. For this modern retelling, Oh Yeon-seo plays the monk character, who was born with the fate to exorcise demons but works as a real-estate CEO who resells houses with notoriously bad luck. The offer to play Sun Wukong, the mischief-making Monkey King, is still out to Lee Seung-gi (You’re All Surrounded). He and Oh Yeon-seo’s character are supposed to become entangled in a love triangle with Cha Seung-won’s character, the Bull Demon King/entertainment CEO for the drama. 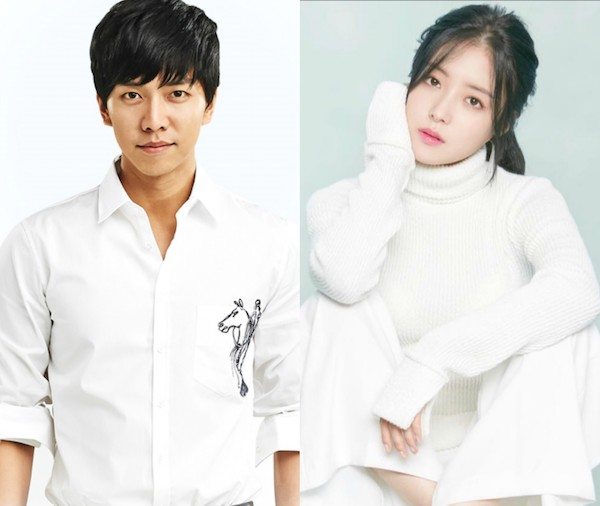 If Lee Seung-gi decides to make Hwayugi his army comeback project, it’ll be his second time working on a fantasy rom-com with the Hong sisters (the first being My Girlfriend Is a Gumiho), but I think I’m most looking forward to the reunion between the Hong sisters and Lee Hong-ki. To this day, You’re Beautiful’s lovable Jeremy remains one of the most memorable characters for me, and from his character synopsis in Hwayugi, I’m already feeling Jeremy vibes.

Lee Hong-ki’s new character is a top idol star (just like Jeremy) named PK, who’s based off the Zhu Bajie character (aka Pig) who was one of the monk’s four protectors in the novel. His two greatest vices are gluttony and lustfulness, and as you may suspect in the drama, Lee Hong-ki will be constantly fawned over by girls as the nation’s hottest flower boy celebrity. 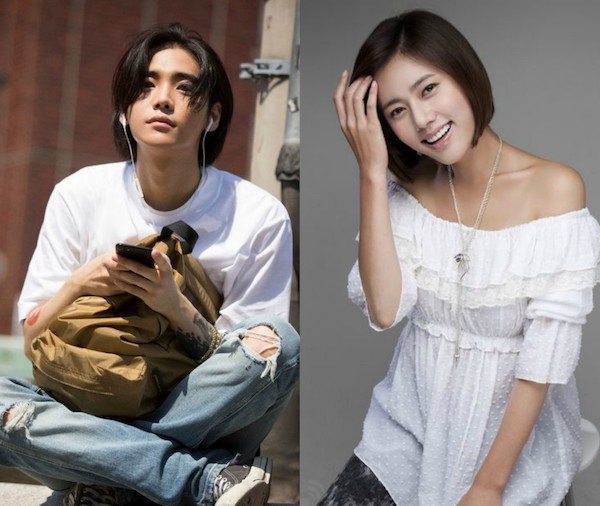 Additionally, Sha Wujing (aka Friar Sand), the third and ugliest companion to the monk, will be played by Jang Gwang (Thief-nom, Thief-nim) who is a wealthy real estate chaebol in Hwayugi. Among the non-confirmed characters, Lee Se-young (The Best Hit) is considering a role as an idol group trainee Bong-soon, and Chu Ja-hyun (A Man Called God) has been offered an unspecified role that wasn’t in the original synopsis or myth. Furthermore, YG solo rapper ONE (Show Me the Money Season 5) is up to play a mysterious youth.

But I’ve been saving perhaps the best news of the day: Lee El (Black) has joined the cast! Step aside Oh Yeon-seo, Lee El is here to be Cha Seung-won’s right-hand woman. Her character is described as his secretary and number one follower, and I can’t wait to see their chemistry together. I almost don’t want there to be a Cha Seung-won/Oh Yeon-seo/Lee Seung-gi love triangle anymore. Can we get a parallel love line, pretty please?

It looks like Hwayugi is headed to filming soon, having already had its first script read, with all the main cast except Lee Seung-gi, on October 18. Saturday-Sunday tvN drama Hwayugi is set to begin airing in December. 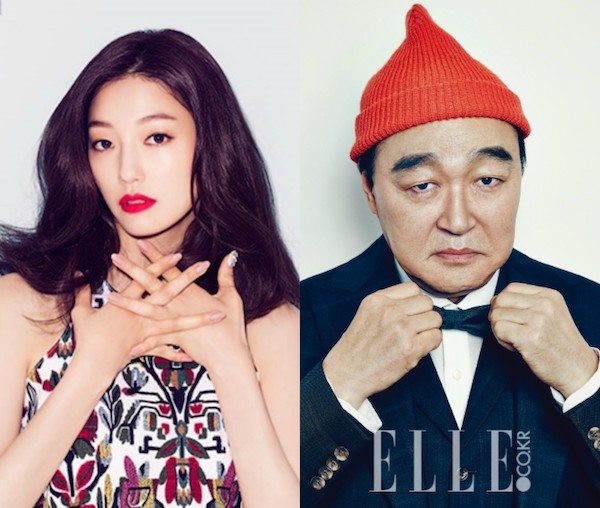 Wow damn. This cast is turning out to be solid.
Looks like Lee Se-young is returning back to supporting roles? :/

Lee Se-young shouldn't go back to supporting roles imo but maybe working in this drama probably will give advantage to her? I don't know.

She got a lead role after her popularity rise from her weekend drama, but The Best Hit didn't do too well ratings-wise. Her going back to second lead roles doesn't come across as a surprise to me. If TBH did as well as The Strongest Deliveryman, she'd be getting offers like Nam Ji-hyun and Chae Soo-bin.

Quite positive about Seung Gi,more likely he will do the official announcement when he is discharged from the army...Suprised to see One debut as an actor,hope he will be a positive suprise and he actually got it!

I feel like I've been waiting forever. I thought he'd be discharged in the end of Sept '17. It's almost the last week of Oct already, and we haven't heard anything from him :'(

He will be discharged on 31 October

Honestly, even if this turns out to be the worst train wreck by the sisters (Even worse then Big!!!) I probably wouldn't care. I mean, just stick them all in the same room, and I probably won't even remember my own name.

Please let this be the drama that would make me love the Hong Sisters again.

Hong Sisters usually have a hit and miss,so the last one being a miss now it must be a HIT!!!Let is be,don't break the chain!

"but I think I’m most looking forward to the reunion between the Hong sisters and Lee Hong-ki. To this day, You’re Beautiful’s lovable Jeremy remains one of the most memorable characters for me".

I wholeheartedly agree tineybeanie! So far no drama character has surpassed the love I have for Jeremy. The only other thing I wish for now aside from a great script is a Park Shin Hye cameo.

Me: *sees Lee El joined the cast*
Also me: *fervently praying for a parallel love line*

She seems like such a great match with Cha Seung-won!! Plus, no more love triangles please. I can't handle anymore broken hearts. lol

Lee-El deserves romance line once in a while too!

I don't see how you can go wrong with an amazing cast like this. Now only if Lee Seung-Gi will accept the role! *fingers crossed*

I'm really excited for Lee Hong Ki, too! I hope his character will be similar to the sweet and lovable Jeremy.

But , but
I want CSW to be the main lead
I miss him and I miss his serious romantic acting , city hall anyone😍😍

I miss CSW on drama. But I miss seeing him being Chajumma and cooking much more than anything else!

here's hoping that one day Lee El will get to be a leading lady herself. I love her.

Yay! Beautiful Lee El will be by Cha Seung Won's side. I hope this is his love interest! So thankful Mr. Cha is back in front of a camera! Please don't go away again! You are very loved here in America!

Damn it, why is Lee Seung-gi making us anxious like this? If he signs on, this will be such a dream cast. Mr. Dimple, don't disappoint us!

Okay, but when are we gonna see a lead role for Lee El?

Honestly did not care about this drama until I saw Lee El's name. YES PLEASE.

20 gadis is camping in the cells village (again)

With that kind of cast and premise, I'm officially in. Lee Seung-gi just need to say yes and that would make it perfect.

This is the embodiment of good news. Lee Hongki is back in dramaland. 😃

Love triangle is unnecessary and cliche. I hope Hong Sisters will change the synopsis.

I'm nervous that Lee Seung Gi hasn't confirmed yet. I hope they have a really good backup...

Well, this whole team probably will work for an advantage for her. I don't really mind if she is taking step back behind her seniors (it's true she started her career way before On Yeon-seo but OYS has been a solid leading lady) rather than be a supporting to some less talented / inexperienced actors.

If they're sticking to mythology, then Lee El's character resembles Princess Iron Fan who is the wife of the Demon Bull King.

Love triangles are kinda passe not to mention pretty antithetical to the JttW story. If it had to be done, it would be more logical to make Sun Wukong and Zhu Bajie rivals for the attention of the Monk.

To make my point, imagine if this were a retelling of The Lord of the Rings. It would be like making Frodo a kick ass female hero involved in love triangle with Saruman and Gandalf. Ha ha....

Just to appease the geek in me. The actual characters in LoTR and JttW are not dissimilar. Monk = Frodo (naive, stubborn and loyal), Sun Wukong = Gandalf (powerful companion, with many secrets), Saruman = Demon Bull King (initially more powerful and a former ally with Gandalf). [In JttW, I believe Sun Wukong and Demon Bull King were former associates with the DBK initially considered the stronger/senior.]

hong sister's dramas are always a hit or miss to me. some i love dearly but some are just meh. the casting lineup is really interesting in this one. i really hope the story deliver. dont mess up these actors resume please...

Oh drama, please make Park Bo Gum regrets his decision on refusing this role! I guess I will remember him forever and always as Choi Taek only LOL. Chajumma & LSG are perfect!!

I really want to watch this one. I loe Oh Yeon-seo, though I was rather disappointed by My Sassy Girl. But I have the feeling this will be better. And yes!!! Lee Hong-ki finally back in screen. I am a huge FTIsland fan! Anyone else?

I am sooooooooo going to watch this one !!! And especially since Hong Ki is going to be ther too. I was waiting for his return to dramaland. Welcome back. Still, one question (and I do love him as an actor), is he acting as himself again? :) I mean, and I am quoting @tineybeanie "Lee Hong-ki will be constantly fawned over by girls as the nation’s hottest flower boy celebrity" :) ?!?! :) :) :) Cannot wait.

Anything with Lee El, I will definitely watch it. No need to be a lead, because she's a scene stealer. She is good. And a romance with Cha Seung Won is a must. Then they can make rectangle love line.

A retelling of a famous story that has been told too many times to count... why Hong sisters? Are they so out of ideas that they are going into adaptations now? :( i duno why ppl are so hype about this. For me, i just cant watch anything that is a retelling of another. The comparison to the original story will always be in the back of my mind... so sorry... no hate.. just thats how i feel.

Guys, if the description of Hongki's character is accurate, I wouldn't expect a Jeremy at all, I would expect an obnoxious, materialistic and presumptuous idol, that speaks his mind whenever he wants LOL. I think Hongki's can totally pull off that character if he is half like he is during h live concerts (like, loose and funny, and pervy lol).

I guess he could have a drunk scene where he does aegyo (poor Hongki) and brings Jeremy back hahaha.

What I'm expecting is a lot of character development for him. That, and Seunggi's confirmation!