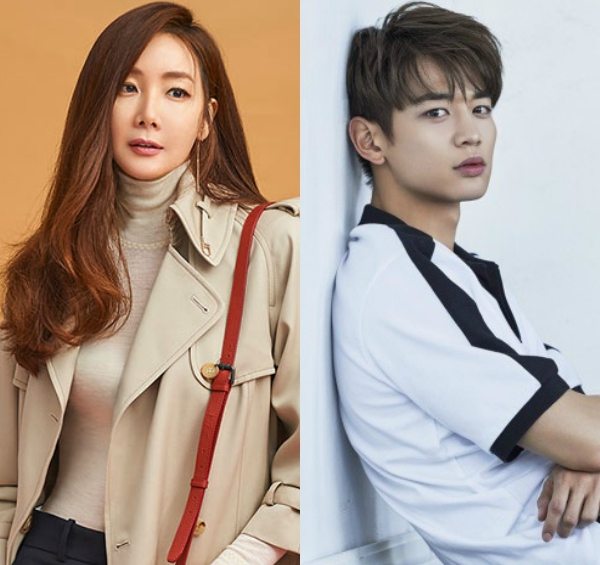 Every time I come across more good news for the upcoming remake of Noh Hee-kyung’s drama debut, The Most Beautiful Goodbye in the World, I get really happy and then a little apprehensive at the emotional toll this show is going to take. Choi Ji-woo (Woman With a Suitcase) and Shinee’s Min-ho (Hwarang) have both confirmed that they will be joining Won Mi-kyung (All’s Well With a Happy Home) and Kim Young-ok (Dear My Friends) in the family drama about a mother who gets a terminal cancer diagnosis and begins to say goodbye to her family.

Choi Ji-woo will be playing Won Mi-kyung’s daughter, the role originated by Lee Min-young back in 1996. Although she’s felt embarrassed by her mother’s unconditional love for her at times, she dreams of becoming a wife and mother like her own mom. Oh, Choi Ji-woo’s going to be so great in this. I haven’t seen the original, but from her character descriptions, the daughter sounds like one of those soft-hearted but gruff and non-communicative types. Like every other dramaland hero. It’s going to be so rewarding to see her start to actually communicate with her mother, though my tear ducts might go into overdrive. She wasn’t called the Queen of Tears for nothing!

Min-ho will portray the immature son, who has long been a source of worry for his mother. After learning of his mother’s diagnosis and the fact that he doesn’t have much time to return the love he’s received from her his whole life, he will take steps to become a mature adult throughout the series. I’ve only ever seen Min-ho in Hwarang and To the Beautiful You, and while both of them were not really good dramas as a whole, I do think his portrayal of a hot-tempered, immature poet-warrior in the Goryeo-era show is promising for this role.

Family relationships, especially those involving parents and their children, are always a great source of drama, because of their near universality and how they can reflect our own family dynamics. In general, I find cancer dramas a bit too maudlin, but the focus on this show seems to be more about a disconnected family rebuilding relationships through tragedy, and while I can’t say I won’t be watching this with mountains of tissues at my side, it’s a bittersweet, uplifting premise in a sense. And I trust PD Hong Jong-chan to bring the emotional resonance with full force, much like he did in Dear My Friends.

The 4-episode mini-drama The Most Beautiful Goodbye in the World is set to follow Revolutionary Love in tvN’s Saturday-Sunday slot this coming December.

Tags: Choi Ji-woo, Min-ho, The Most Beautiful Goodbye in the World

Looking forward for this....

Really Looking forward to this drama. I will prepare lots of tissue. Jiwoo fighting

Looking forward to watch this drama. I will prepare lots of tissue. Jiwoo fighting

SO looking forward to this!!!
I just don't know if I should be excited that such an emotionally gripping drama is only for 4 episodes (so that I won't die of dehydration via bawling my eyes out), or sad for the fact that such an emotionally gripping drama, WITH CHOI JI WOO IN IT NO LESS, is ONLY 4 episodes and not any longer T.T

I've seen Min-ho's movie Derailed, and it was one of his good portrayals. He didn't have to show cuteness in the movie, just a serious face almost all of the time. I think it's about time he gets a good break!

I agree. His portrayal in Derailed has been the best so far. That movie was somewhat intense so hopefully he can channel that into this drama. I'm ready for tears!

Aw, this sounds like the perfect thing to watch with my mum, she loved Dear My Friends. I haven't seen Minho in anything except Hwarang and a bit of Somehow 18, but I enjoyed his performances in these two shows.

finally, Choi Ji Woo is back in melodrama, must prepare dozen of big pack tissue for this.
Min-Ho already confirmed it or else I would really love if HJH play the son, CJW + HJH will make this drama a full tear jerker :D :D :D

I'm getting lots of tissue ready for this...

Just saw the headline and I really thought it was Min-ho the rapper HAHAHA. I remember P.O. saying he can't look straight to Hye Kyo lol