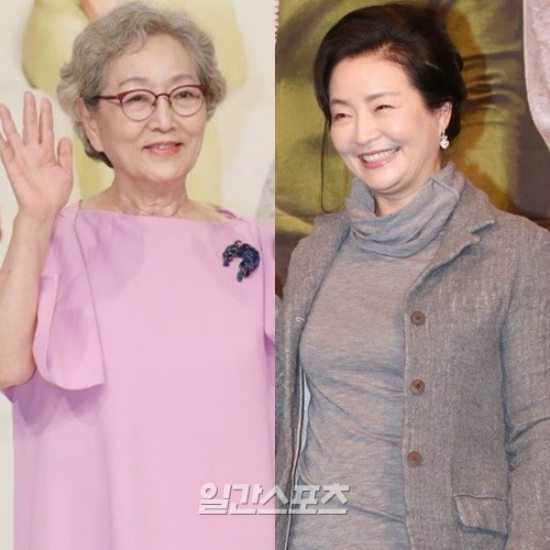 Man, I feel like this show is determined to have me drown in my own tears. The remake of Noh Hee-kyung’s 1996 drama The Most Beautiful Goodbye in the World has recently confirmed a time slot, as well as a director and some key cast members. I’m both ecstatic and slightly nervous to announce that there’s several Dear My Friends reunions in the mix of updates. Ecstatic because that show was heartbreakingly good, but also slightly nervous because of the level of emotions the drama wrung out of me.

Due to the strike over at MBC, The Most Beautiful Goodbye in the World had to find a new station, and tvN has added the remake to its winter lineup. It’s somewhat unfortunate, because it would have been nice to see the station that aired the original house the new remake. But I can’t complain, because that also means PD Hong Jong-chan, who helmed Noh Hee-kyung’s most recent drama Dear My Friends, will be directing the remake, making this a reunion of sorts.

PD Hong isn’t the only Dear My Friends alum, either: Kim Young-ok will be starring in The Most Beautiful Goodbye in the World as the mother-in-law to the main character, who has Alzheimer’s. She was actually part of the original cast—and in this same role for that matter—in the 1996 drama, and it’s kind of insane to think she’s going to play the same character 21 years later.

Actress Won Mi-kyung (All’s Well With a Happy Home) will play the lead character in the show, a wife and mother diagnosed with late-stage terminal cancer who has devoted her entire adult life to her ungrateful family. Originally played by another Noh Hee-kyung favorite, Na Mun-hee, Won Mi-kyung will be the emotional center of this show, and her diagnosis serves as a wake-up call to her family, bringing them together for the first time.

The Most Beautiful Goodbye in the World will follow Revolutionary Love in the Saturday-Sunday slot on tvN, which places its premiere in December. I’ll just get started amassing my supply of tissues ‘til then.

Tags: Noh Hee-kyung, The Most Beautiful Goodbye in the World

Honestly, same! She's one of the few writers that I know by name and work. Hey, apparently this was her first drama, must be special to her.
*proceeds to ignore the cancer part* 🙈

This one is very special to her. She wrote this thinking of her mother who died of a terminal illness.

Which idol actors do we have to sacrifice so Kim Young Ok can live forever? I'm more than willing.

i can't with this!
LOL

It'll be a ninja cutting onion party this Xmas..

I even teared while reading this article. Which reminds me of the mess during My Dear Friend.. Ughhhh...

Yasss! Been a fan of Kim Young-ok halmoni since Coffee Prince. Sign me up! And the Dear My Friends PD-writer reunion has me even more excited :D

I love Noh Hee-hyung, I love Kim Young-ok and I love Won Mi-kyung in Happy Home too. Won is a veteran that really took a long break and only made a comeback last year, so I also don't think I have watched her drama /movies before, but based on Wiki, she was at her prime in 1980s-1990s.

Looking forward to this remake and who will be the entire casts.

PD Hong Jong Chan was also behind Live Up to Your Name so it'll be another reunion between him and Kim Young Ok who played Bong Tak's mom there. Bong Tak-ah~~

I became a Noh Hee Kyung's fan after watching Dear My Friends so I will definitely be tunning in for this one. Man, this one is going to hurt isn't?

I thought that Hwayugi was supposed to follow Revolutionary love...

For all beanies who love family dramas with strong parents, grandparents strorylines, please check out "Yeah That's how it is!". You can watch it while waiting for remake of "The World's most beautiful farewell".
I really like this drama. So I told my Mom about it, and she did marathon this drama for 54 eps. She feels relatable, for the sacrifice of women in the family, for the hierarchy of family, for the value of women in general. And the way the daughter-in-law pass down traditions of the family, or keep the family together,... is one of my mom's most favorites...
It was on the list of worst dramas 2016 (it was one of the BEST in my list though) for being too ideal, and for trying to preserve traditional values... I hope somebody here give it a watch... and appreciate it...
I will definitely what "The World's most beautiful farewell" with my mom.