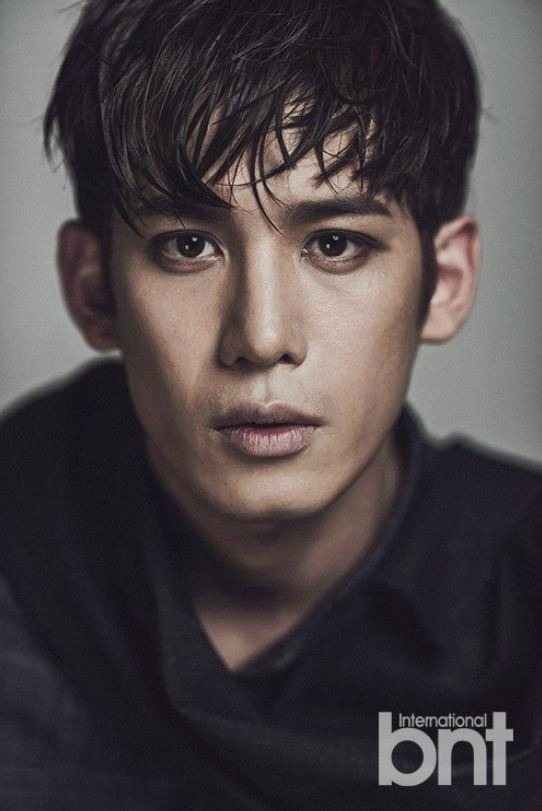 Park Ki-woong (Monster) is looking at a new drama, which makes me very happy, even though I’m acutely aware that I’m happy every single time Park Ki-woong announces a new project, and sometimes that happiness is rewarded, and sometimes it’s met with pain. He can be so freaking good when he’s on (Gaksital, War of the Arrows), but then he’ll go and do Full House 2. Or Seoul Murim Story. Or Monster. (I watched thirty freaking episodes of Monster for him before I had to tap out. He was good in it, but it was not good.)

Anyway. The new project. It’s the SBS drama titled Return, which cast Go Hyun-jung (Dear My Friends) early on to play a lawyer from humble beginnings who takes on the defense of a suspect in a murder case dubbed the “High Society Murder Scandal.” The case comes to her at the request of the suspect’s wife, a lawyer herself who attended law school with Go Hyun-jung, though she put aside her career for marriage. Film actress Jung Eun-chae (The King, Dr. Frost) has been cast to play the wife, and the two women will work together in uncovering the mystery.

Park Ki-woong has been offered the the role of a chaebol heir and executive at a large conglomerate, described as “99.9% golden spoon,” having no siblings with whom to fight over the metaphorical throne. Well, it doesn’t tell us whether he’s good or evil, but I’m really hoping he’s evil (and with the chaebol and high-society-murder setup, it’s a likely scenario), because he does so well with twisted characters, even if it would be typecasting him as such at this point.

The cast also includes a CEO villain played by Shin Sung-rok (Man Who Dies to Live), which certainly plays to his strengths, and a loose-cannon detective who, in the course of investigating a drug-production operation, stumbles across a murder case involving high-society heirs. The drama will be directed by PD Joo Dong-min of Take Care of Us, Captain and Birth Secret, and will be written by Choi Kyung-mi.

Return is set to premiere next January on SBS, in the Wednesday-Thursday timeslot following Nothing to Lose, which follows the currently airing While You Were Sleeping.

Have only seen him in 'Gaksital' and I was in love, *in love* - with his over the top acting. For the first and last time with so much crazy. Thus, looking forward to more news on this!! <3

I missed him! Can't believe I sat through murim school for lol

I don't care if he's role is good or bad, just want him on screen again.

I've watched full house 2 for him! If I can watch that, I can make it through anything!

Argh, I’m not really in the mood for mystery thriller, but it will be kinda waste of talent if he’s casted in a romcom. *Humans are never content*

I rarely watch drama but now i have to watch:

and finally the CITT adaptation that i waited for years, with all of them !

SBS, please continue to cast good actor/actress in this drama!

Yesss to the power of infinity...........I actually watched Monster for him, the show didn't know what it wanted to aim to be but turned out to be ridiculously fun in some episodes and ridiculously frustrating in the other episodes. The show and this cast is definitely worth looking forward to a lot.

My boo is back! Alas! I do not know if this is something I'll want to watch. :(

Shunji! 💔 I too am waiting for him to be in a drama worth his talent ❤️️

i almost cried reading this.. it's been long since i saw him, i hope he'll take it cause i'll watch everything with kiwoong.

awwww baby! Please have a good drama! Missed you lots! My secret, dormant love, that´s locked away out of reach to keep safe. I tried Monster, but that was a wild horse who couldn´t tame itself or lock a path. He is so disturbing when he goes evil, but I actually prefer him being cute and a bit dorky.

Hope he accepts but will we get two twisted evil ones if we already have Shin Sung-rok in the house,imagine one wanting to outwin the other for the throne of best evil,that would be fun in a twisted way!!!Hope he won't play a candy chaebol...He really deserves a leading role in a great project,he is too good not to be used at his full potential!

He does evil characters really well but I hope to see him play something more like his character in Story of a man. I want to root for him for a change.

Okay, yes. Of course I will be watching this if he accepts. Monster wasn't the worst thing I've slogged through, but I had definitely hoped for better. Luckily his character was kind of the highlight so it wasn't too painful to watch.

And @javabeans why you gotta knock Full House Take 2, huh? Yes, the hair was terrible and the story was stupid and nothing made sense but somehow it was still really enjoyable. :)

Does the writer have no credits whatsoever? I can find nothing. Hm.

One of my favorite actor, hands down

I have a soft spot for him since My Tutor Friend 2!😍