SBS revives Four Men with You From Another Star PD 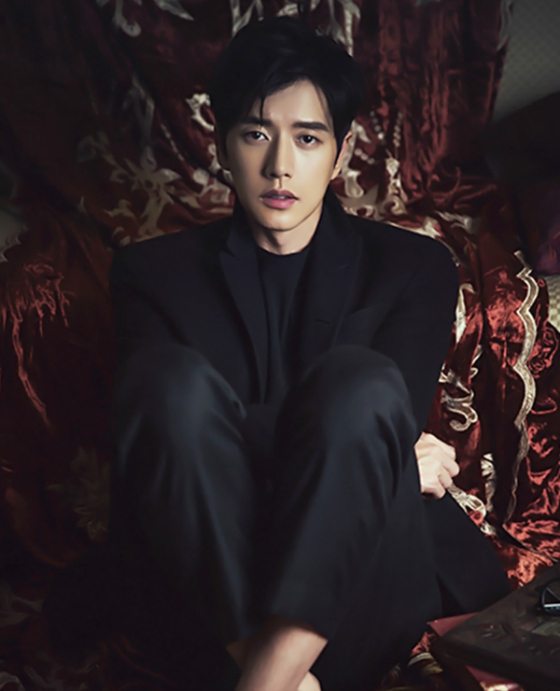 It’s baaacck. And with a new director! SBS has decided to revive Four Men, the prequel to Park Hae-jin’s previous drama Man to Man. I’m quite surprised that the station backtracked just under a month after it first announced it would shelve the project, but I’m not complaining, especially since PD Jang Tae-yoo will be making his directorial comeback with this show.

It seems like the cast hasn’t left the project either, thankfully, meaning Park Hae-jin will still be mind-bogglingly playing four different characters in the show. His personas include the detective heroine’s dead lover, twins who suddenly appear before her, and another mysterious identity. Nana (The Good Wife) will portray that detective heroine role, with Kyung Su-jin (Weightlifting Fairy Kim Bok-ju) as her reporter friend. Kwak Shi-yang (Chicago Typewriter) will play another detective, as well as a friend of Park Hae-jin’s character, though we don’t know which one of the four it will be.

I won’t go so far as to say that I think PD Jang Tae-yoo is a step up from the previously attached director PD Oh Jin-seok (My Sassy Girl, Yong-pal), but I do prefer PD Jang’s list of credits, which include Painter of the Wind, Tree With Deep Roots, and You From Another Star. PD Jang must have enjoyed working with Park Hae-jin as well: The director has been working in China since the alien-celebrity love story became such a huge hit, but agreed to make a Korean drama comeback after Park Hae-jin reached out to him.

Four Men is back on track to start filming in November, and will be 100 percent pre-produced. SBS hasn’t yet given an airdate for the show, but with production getting back into gear, let’s hope we hear more updates soon! 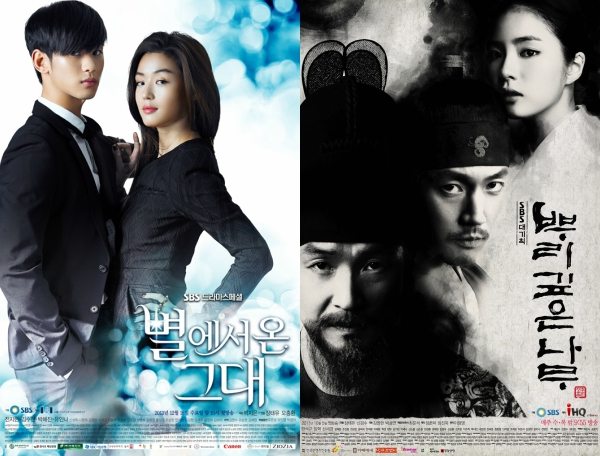 You From Another Star, Tree With Deep Roots

Super interesting. I'm assuming from what you wrote that Park Hae-jin reached out to the director himself i.e. he was the one over SBS who worked to save it?

Interesting that Director Jang chose this as his comeback project. He must really like Haejin.

I am not sure if the drama will be aired on SBS (because the info in Kr sources is vague) or not, but I do really like the new PD. And I'm glad to know he likes Hae Jin haha. Jin often works multiple times with his former collaborated PDs; and it looks like he goes on well with the male PD <3

Actually he often work very well with his fellow actors. They take selfie, come to his family restaurant, send flower bouquet to his anniversary years after the project is done...
Even the crew of that particular drama loved him so they come back and film the movie version, except for one person we all know who.

The PD of Doctor Stranger, some side PDs of his previous dramas etc... Google to get the full info.

i know Hanna-han meant CITT but who is the person he/she is indicating. PD, SKJ , Kim go eun? who!

Why do they think this is a good idea? The story sounds so terrible.

I've noticed Hae Jin tends to take on parts he thinks will stretch him as an actor. He doesn't seem worried about the overall quality of the drama. I imagine he would jump at the chance to play four characters regardless of whether the script was any good. I'll personally watch anything he's in, even if that meant I had to endure Bad Guys.

Thanks for this surprising news out of left field, tipsymocha!

Glad its back! and the actors didnt. even backout also

Sounds like an interesting enough drama. But why is it billed as a "prequel" to Man x Man? I see little about what has been revealed to indicate that there is any sort of continuity between this drama and its supposed sequel.

a) Does Man x Man need a prequel? Was there some huge premise that needed to be revealed?

b) Doesn't this limit the story line for this drama. Having to make it fit somehow into that dramaverse?

c) Absent good answers for (a) or (b), are they thinking this is the start of a James Bond/Jason Bourne like franchise? Because doing a prequel with little justification usually indicates a third series that is the sequel to Man x Man... or else why bother?

Haha I was scrolling through the comments to see if anyone has mentioned her or if the fangirl herself has made an appearance & found your comment.
Looking forward to all oppa fans' comments XD

I was very angry when they cancelled the show. You should have seen my face. Imagine my surprise when I logged in and found this news. But having been bitten once, I will remain in frozen mode until I see pics of them filming and Oppa himself in the flesh.

Hahaha I did the same! And then realised nobody had yet so I did it for them :P

azzo is holidaying but her heart remains with Oppa.

That's right. I hope @azzo1 is enjoying her Italian trip! Good news for PHJ fans if this goes ahead.

She'll flip her shit when she gets back and finds this!

SHE'S IN ITALY? I'm jealous now... I look forward to her posts when she comes back ehehe

anyways, this is good news for us Park Hae JIn fans but I would like to be clarified if SBS did revive the show since there was no official statement from SBS on this account and as I have posted on my IG several of the news reports on this matter yesterday from Knews sources but there was only mention of PD Jang Tae Yoo taking on the project but never a mention of SBS. I hope we will be clarified on this matter. Thank you.

finally was able to log in... so back to my query @tipsymocha I do hope we get a clarification on whether SBS will be the broadcaster of Four Men

Oooh, the PD is making me even more excited for this drama. I hope SBS don't drop it again!

More Park Hae-jin is always good news to me

same here :) he's the love of my life these days!

There can only be One Oppa.

what a pleasant/great news this is, so happy SBS decided to go ahead with this drama - Park hae jin is my top fave K actor these days and this is really something to look forward to! in the first place i didn't get it why SBS backed down on this drama where PHJ is one of the hottest these days? anyway soooo v happy with this news, PHJ is to be reckoned with and am sure if SBS didn't take this back some other stations would!

16 Playstore, Okay Or Not Okay

Wow~! I was in a 3 months hiatus from Dramaland and this project went dead and came back alive!

I also didn't see reports that it was SBS reviving this show. It seemed more like the broadcaster was undetermined. To be honest, I don't think SBS deserves the show back after unceremoniously dumping it. Not unless they did tons of groveling.

Other than that, though, this news is win-win. This cast is too good to go to waste. I also didn't realize until this news came out that the same PD was responsible for two of my favorite kdramas (Tree with Deep Roots and You Who Came from the Stars). I'm glad the PD is returning to directing Korean dramas. All the better since it's bringing back to life a show I was interested in.

you're absolutely right, i agree!

I'm super happy but 'em i in the minority that is always more intrested who is behind the script as prime and after the PD?Curious who is the one pinning this one...

So happy the drama will continue! Can't wait for it come out and watch Park Hae Jin 😍

Yessssss! I'm waiting patiently park haejin, it's going to be a 4way wild ride😁😍😄😉😘now when will they release secret society of men (men friends)?