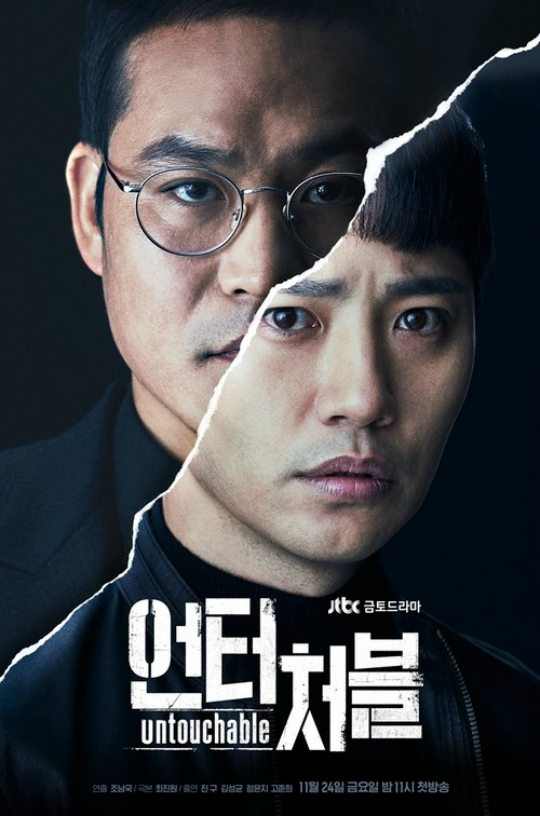 I’ve become so used to seeing these two actors in lighthearted, warm roles that it’s going to be quite the adjustment to see them at each other’s throats in the upcoming JTBC thriller Untouchable. We’ve got our first look at Jin Gu (Night Light, Descended From the Sun) and Kim Sung-kyun (Answer Me 1988) playing estranged brothers who took very different paths growing up in a corrupt, Godfather-esque mobster family that wields near total control of the fictional city Bukcheon.

In what is essentially a family drama of Shakespearean proportions, Untouchable will center around the conflict between Jin Gu’s character Jang Joon-seo, who has rejected his family’s corrupt legacy, and his older brother Jang Ki-seo (Kim Sung-kyun), who has chosen to take up his father’s mantle at the head of the family business. Jin Gu’s stills show him on duty as a violent crimes detective, and the show begins with him happily married to his wife, who is the whole world to him, though his bliss comes to a tragic halt when she’s killed. He learns that his family has something to do with his wife’s death, and decides to confront his “cruel fate.”

Kim Sung-kyun’s character, Jang Ki-seo, on the other hand, decided long ago to embrace his family’s ways in order to survive. Although he fears his authoritarian father, played by Park Geun-hyung (Criminal Minds), Jang Ki-seo finds himself becoming the cruel and tyrannical figure the Jang family patriarch was. His stills show the dichotomy familiar to every somewhat-legitimate gangster ever: While he seems every bit the respectable politician in front of the suits, he cuts an intimidating figure with a bat in his hand, in what looks like a show of discipline for his underlings.

I have to admit this drama flew completely under my radar, though I remember being very excited at the lineup first announced this past summer for the show, which includes Jung Eun-ji (Sassy Go Go) and Go Jun-hee (She Was Pretty). But now that we have some promo material for Untouchable coming out, I’m looking forward to what looks like a taut, intense fight between two brothers who have gone on polar opposite paths in life. And PD Jo Nam-gook’s previous credits—The Chaser, Empire of Gold—are some pretty great examples of his directing prowess when dealing with heavy, dramatic material like Untouchable, though I have a few reservations about the show’s writer, Choi Jin-won (Big Man, Masked Prosecutor).

This show seems to be a very male-centric one, but I’m also itching to see how the two female leads will get involved in this family conflict. Jung Eun-ji will reportedly play a prosecutor, and Go Jun-hee, the only daughter of a former president. Of course, in a drama like this, I honestly can’t tell where their characters’ loyalties will fall: Will Jung Eun-ji be a righteous prosecutor, or one in Kim Sung-kyun’s pocket? How does a former First Daughter get mixed up with a detective and/or a mobster? I have so many questions!

JTBC’s Untouchable will follow travel drama The Package on Fridays and Saturdays, putting its premiere on November 24. 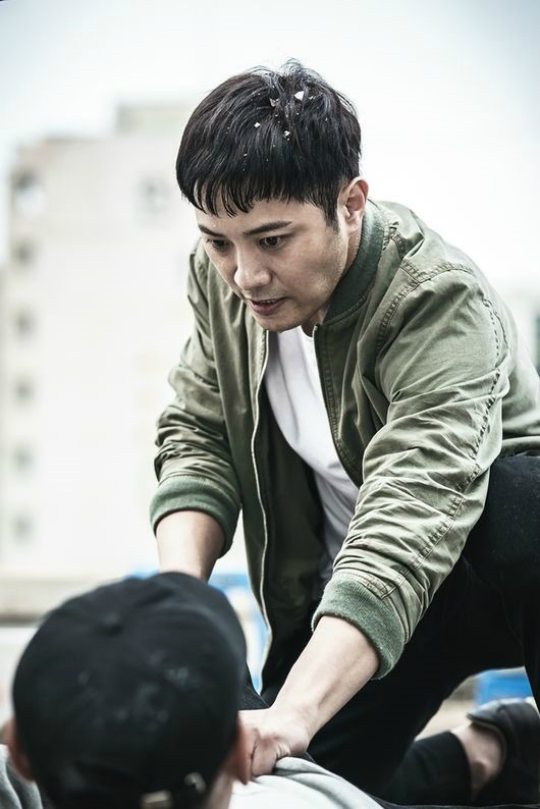 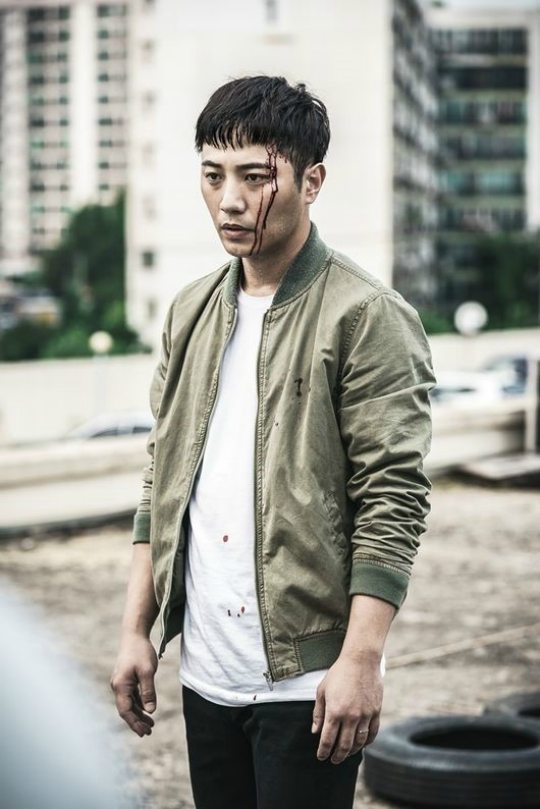 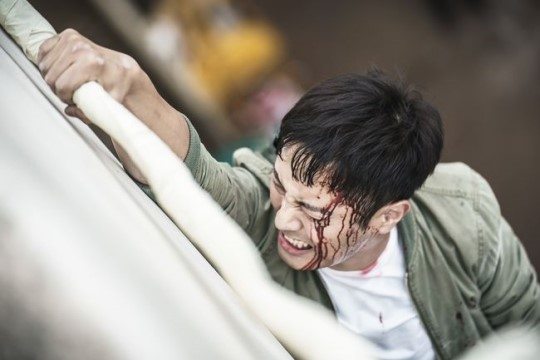 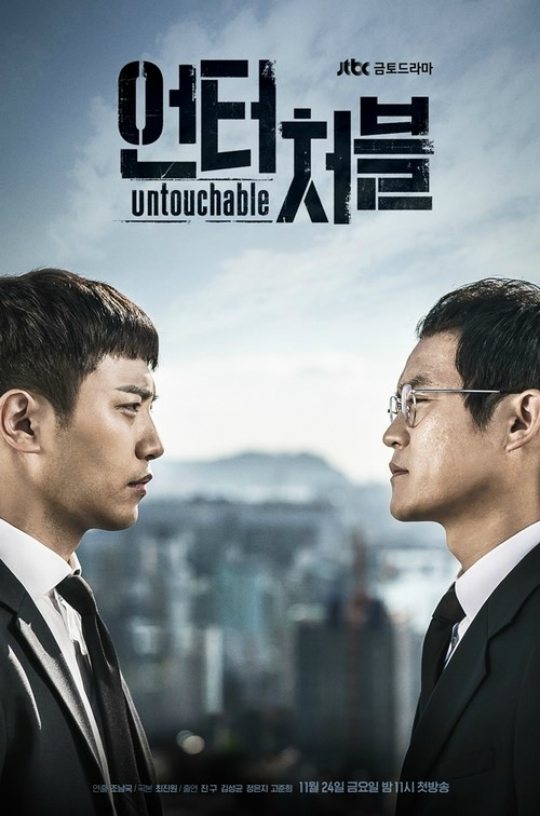 Would be awesome if prosecutor Jung Eunji got to argue a case in Judge Yoon Yoonjae's courtroom.

That would be a cool cameo! Please make it happen, I miss them so much!

Aw, I was hoping Jin Gu would be the bad guy. He was so good in Mother.

From what I've seen Jo Nam-gook limits himself to functionality, so I think we're at the mercy of the writer here. Not really interested in seeing A Better Tomorrow, Korean melo edition, but the cast is certainly impressive.

In initial descriptions, it sounds like a fairly typical corruption drama, There have been more than a few of those lately, so I'm interested to see exactly what about this drama has drawn JTBC + such a good cast.

So exited for Eunji to take on a (hopefully badass) role!! It's been too long since her last drama!

I'm curious about this drama :)

But I'm not sure to like the choice of Junh Eun Ji... I liked her only in Reply and Sassy Go Go because her character was very talkative and bright. But for more serious character, her acting will have to be more subtile and deep.

Cool! It sounds a little bit like Brother's Keeper (a 2013 HK drama) to me?
I'm currently in the middle of watching DOTS so I am happy to see Jin Goo in something like this.