A brother without memories in Kang Haneul’s new film Forgotten 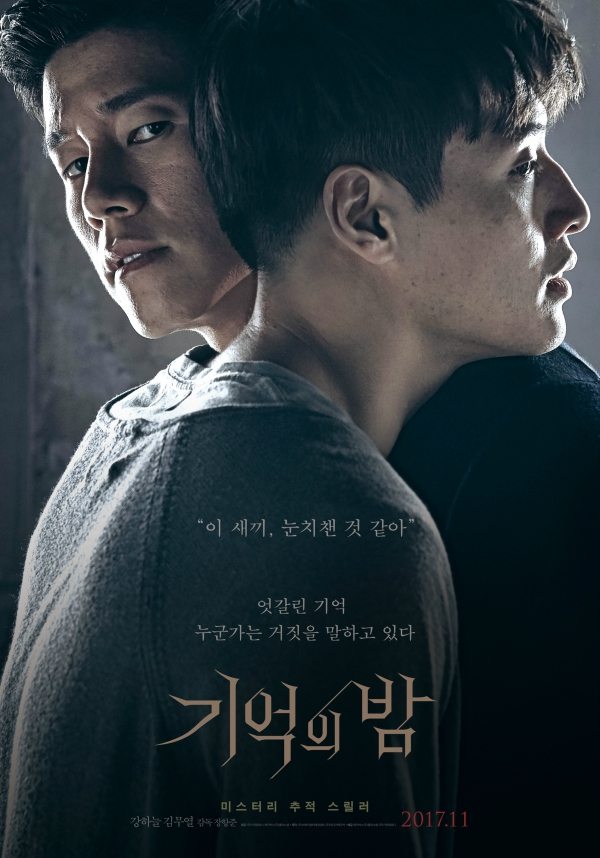 I am equal parts intrigued and terrified to watch this film. I love it when stories play with memory, and specifically how unreliable and subjective they can be, so while Forgotten looks like it would be right up my alley, the scaredypants in me might not be able to take the thriller aspect of the film. Just the teasers had me watching from behind my fingers, but I might just suck it up to watch Kang Haneul (Moon Lovers: Scarlet Heart Ryeo) and Kim Mu-yeol (My Beautiful Bride) play a pair of troubled brothers.

The film, the Korean title of which is literally translated Night of Memory, begins with the older brother Kim Mu-yeol getting mysteriously kidnapped right after his family moves into a new home. His kidnapping triggers nightly auditory and visual hallucinations in his younger brother, Kang Haneul. Thankfully, Kim Mu-yeol returns after a 19-day ordeal, but can’t remember anything about his captivity, and his younger brother grows more and more suspicious that he’s become a different person. Kang Haneul decides to follow his older brother, who has taken to disappearing every night, and happens upon a shocking secret.

The teasers are unsettling, to say the least, and there’s a murder at the center of the story, the truth of which is hidden among the two brothers’ fragmented, unreliable memories. Kang Haneul narrates in the first teaser, “That rainy night, in that familiar place, the red-tainted piano, the sharp screams, the nightmarish memories. I am not crazy.” I got actual goosebumps in the last scene of the first teaser, where a scarily determined Kim Mu-yeol stands over his sleeping brother, and starts pushing lead out of a mechanical pencil pointed at Kang Haneul’s eye.

I really love the second teaser, as well, with the two brothers sitting across from each other, happily enjoying a glass of wine and each other’s company, intercut with some eerie scenes of Kim Mu-yeol looking distinctly criminal and a door creaking open on a sleeping Kang Haneul. The camera zooms in on the strangest family photo, where Kang Haneul is the only one smiling straight at the photographer, and the rest of his family have their backs turned. The copy in the teaser reads, “The two men are lying. Their different, misaligned memories.” Kang Haneul is shown to take green pills and there’s a shot of Kim Mu-yeol yelling that none of it ever happened, so is Kang Haneul actually crazy, or is Kim Mu-yeol not his brother after all?

Despite my usual aversion to anything scary, I might have to watch this film not only for the two brothers, whose conflict is central to the story, but also for Na Young-hee (Legend of the Blue Sea) and Moon Sung-geun (Falsify), who play their shady-looking parents. And I trust the director Jang Hang-joon, who also wrote the script, to deliver a taut, twisty story that’s sure to keep me at the edge of my seat. I mean, the man made a pretty credible action thriller mini-film for Infinite Challenge with the help of his star writer wife, Kim Eun-hee (Signal), so I believe in his directorial skills.

Forgotten is due to premiere on November 29. Now, to watch or not to watch, that is the question. 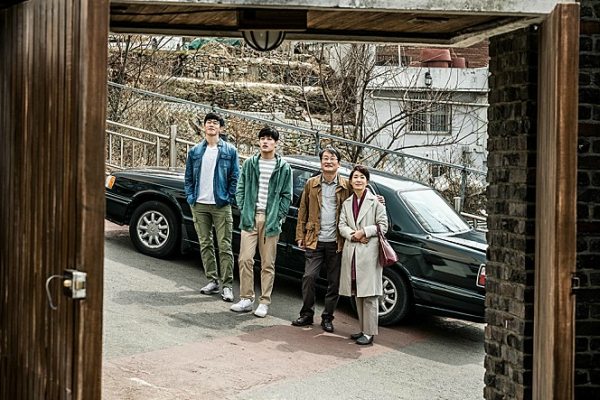 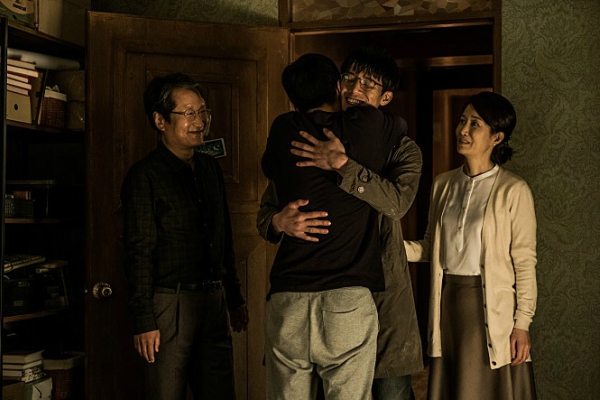 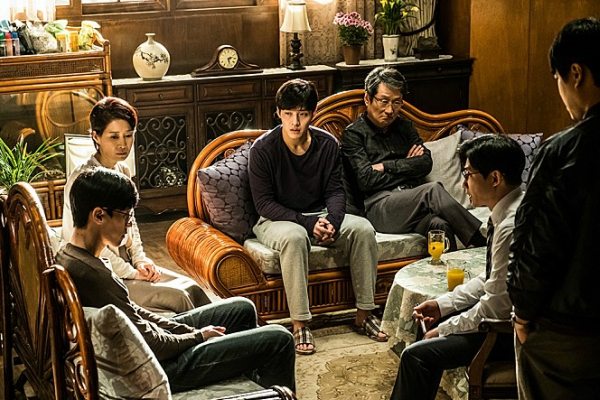 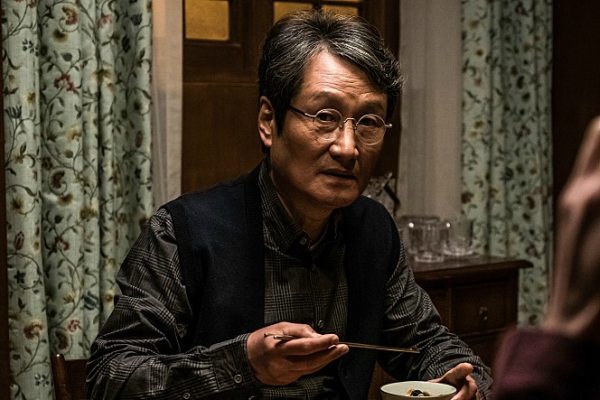 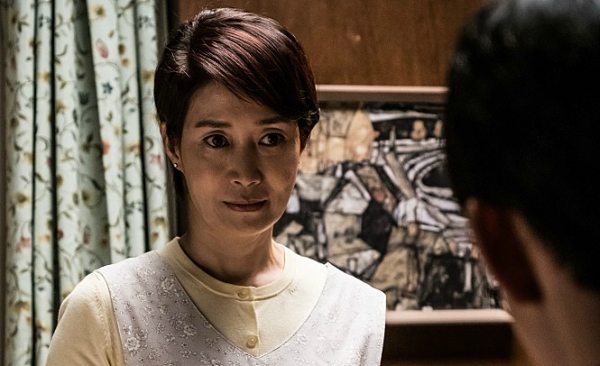 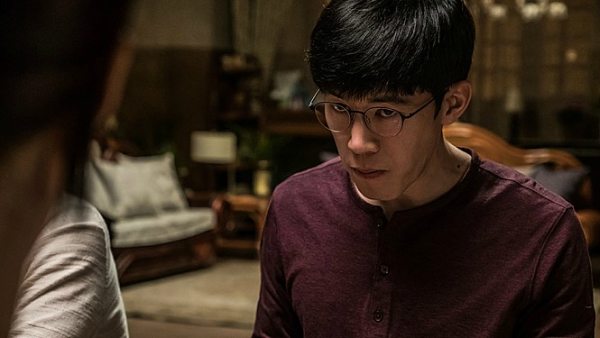 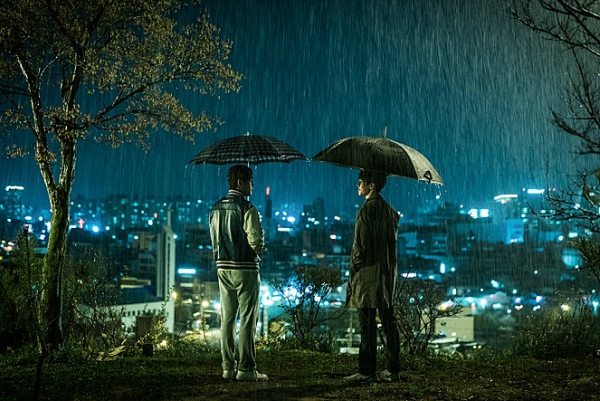 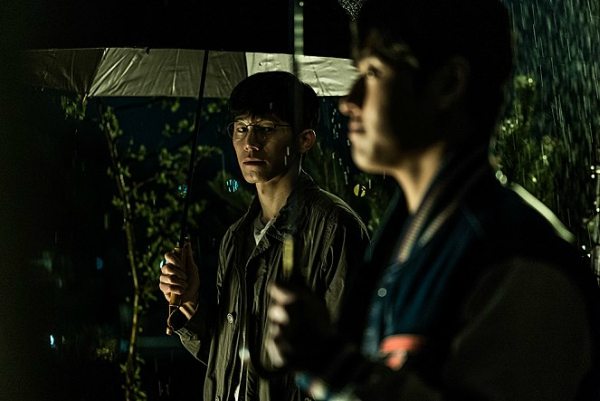 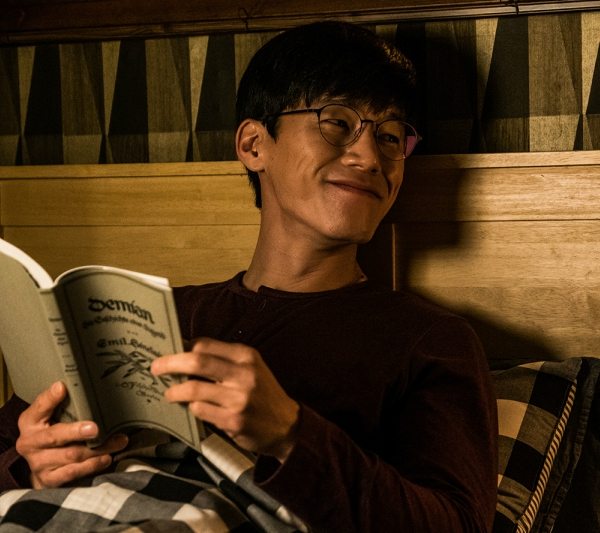 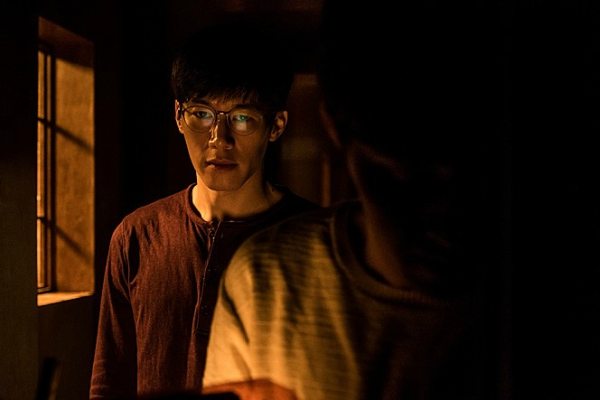 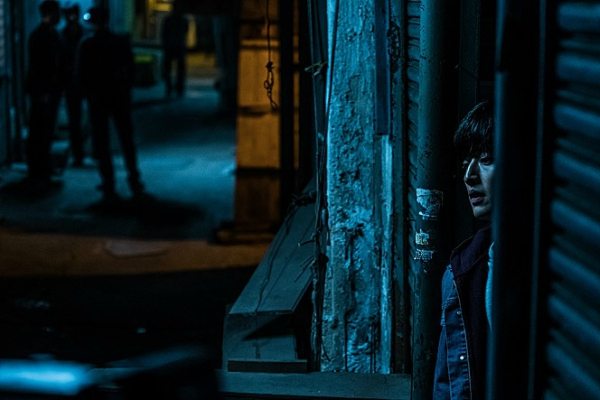 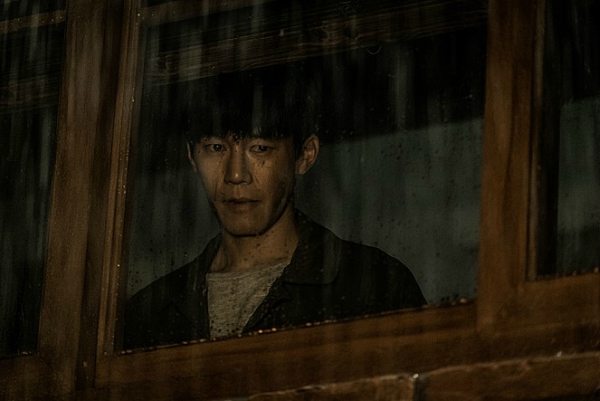 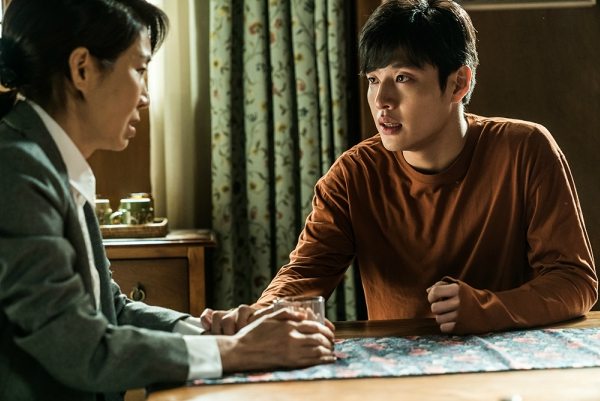 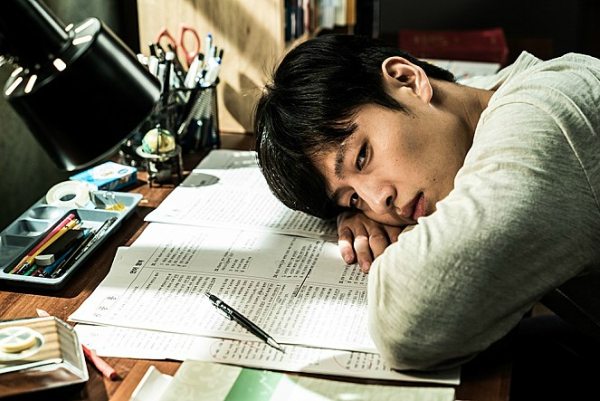 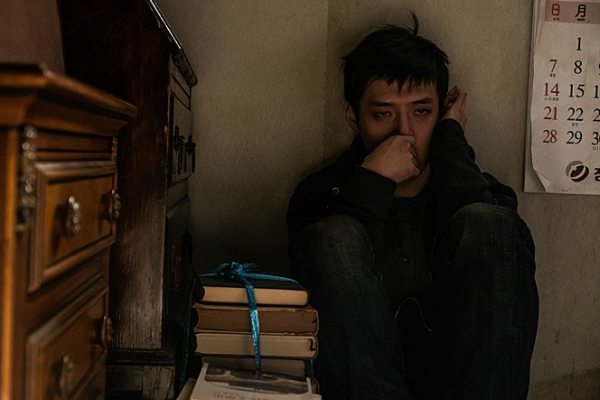 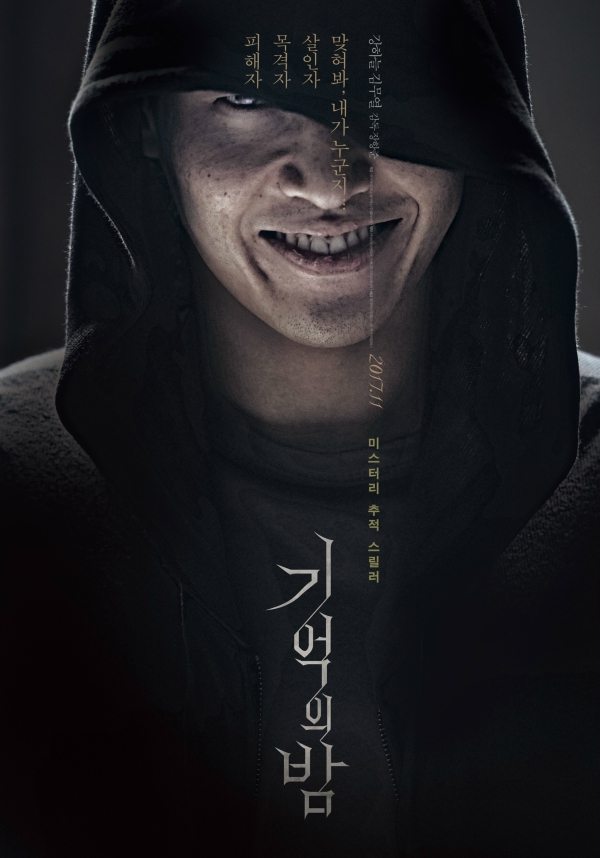 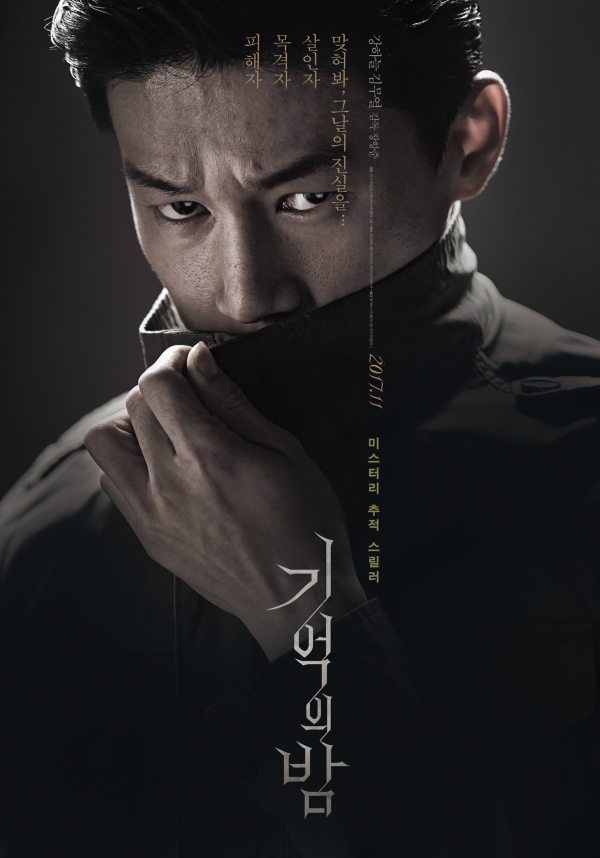 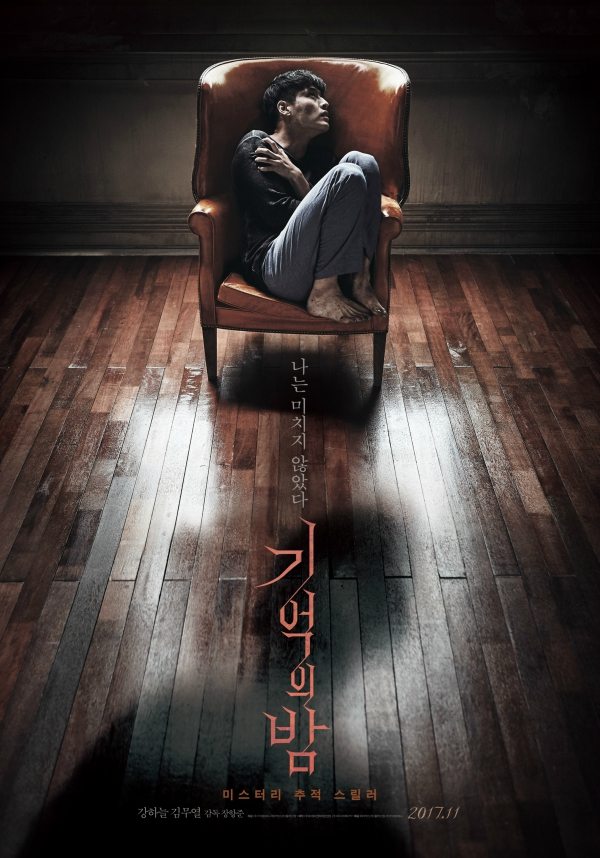 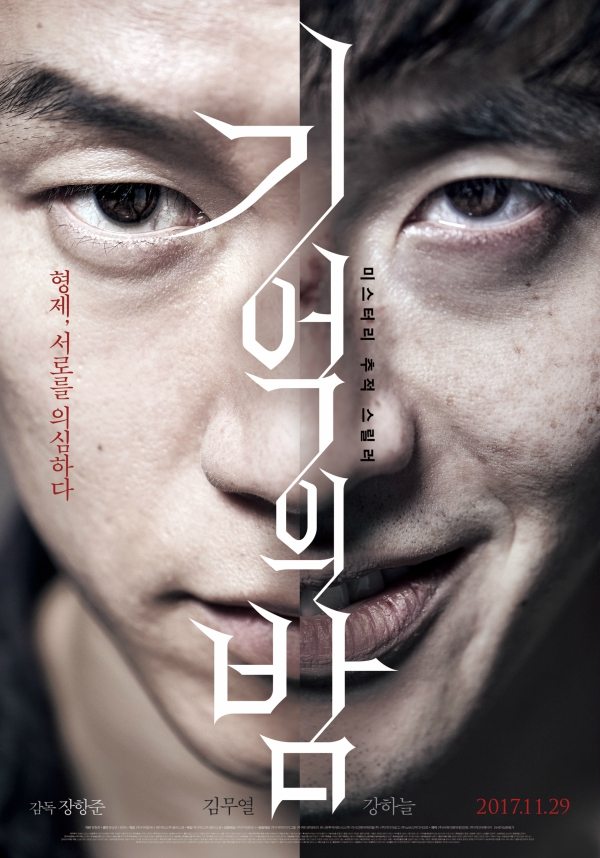 Snippets from the movie also feature in Epik High's Lost One Special MV which is an absolutely beautiful song. Here's a link to it :
https://youtu.be/LvofNApz01I

after listening to it, the song kept replaying in my mind, good soundtrack!

I posted the MV on my fanwall a week ago, lamenting the fact that we won't be able to see them act together until after Kang Ha-neul gets discharged from the army. So imagine my delight when this news comes out and the MV turns out to be a movie. Will definitely watch this one.

I have this inkling that Kang Haneul is the kidnapped one and Kim MuYeol+fam are taking advantage of his hallucinations to make Kang Haneul think that he's with his birth fam? (just had to throw crazy idea out there hahaha)

Wait. What this is actually a movie?!!!! I saw Epik High music video 'Lost One' a couple of days ago and actually thought that the music video needed to be made as a movie.

And now I just found out that this IS a movie. Yay.

This looks intriguing and yeay a combo between Mr Beautiful Banker and Beautiful Prince 😊 Kang Ha-neul has been showing better performance in each of his project which made him in my list of among fav actors in 20s. I don't have to say more of Kim Mu-yeol because he always fantastic.

Looking forward to see this movie.

My two faves, I won't miss this movie!

They should've paired him with someone who isn't going to steal the show.
Kim Mu-yeol is a mile ahead and Park Jung-min basically stole the show in "Dongju: The Portrait of a Poet."
Park Seo-joon stood out more in "Midnight Runners."

kang haneul shined in the portait for me. he was so good there

I think he needed those experiences as a rookie to grow better. I'd rather watch him with more solid actors rather than weak female lead that can't boost either him or the movie overall.

This looks like a recipe for heartbreak... but
A thriller and a sibling story, exploring memory AND Kang Ha-neul (and this cast and director)? I'm a sucker for these things.
And it's gonna be a long loooong 2 years without KHN.

I'll probably have to gather up my wits, but I'm in!

Kang Ha Neul’s expressions in those posters are seriously freaking me out. I’ll have to watch this just to see if his character is a psycho or not

Daammnnnnnn that looks sick! I'll defs be watching it when it finally comes out in my country.,..if it does :(

When I saw Kim Muyeol and Kang Haneul plus the setting and everything, it felt familiar. Turns out a snippet of this movie was made into Epik High's Lost One? I really loved the MV, so I'm sure I'll love the movie although it may scare me (Haneul's stare alone is enough to give me chills).

Story seems very intriguing, and the posters are so beautiful. Adding this to my watch list.

Love the poster. So creepy!!!!
Anyone here know the song the song in the 2nd teaser?

the music used made the teasers 10x scarier than they would've been haha i was like...this is so intense

I like how Kang Han-eul and Kim Mu-yeol got casted for Forgotten since both have experience in playing good and evil characters, so it raises the intrigue of who is exactly the "good" sibling. Judging from the theme of hallicinations that add another layer to the mystery, I hope the film is not about differentiating the leads into white or black, but rather finding out who is a darker or a lighter shade of grey.

I just noticed that Kang Mu yeol's reading Demian in one of the pics. I thought there might be no connection until my younger sister noticed the color contrasts in the pics. Most of the warm-colored shots are indoors while cool-color shots are outdoors. I may be wrong though.
From what I remember in the story of Demian, it is classified as a coming-of-age story about a boy who lives in " Two opposite worlds from different poles" or something along those lines. The boy in the story lives in the comfort and normalcy of his family until he discovers the darkness that lies beyond. Also, the story is really, really, heavy to read because everything is not as they seem.

So, with all the two-faced shots, contrasting colors, I think it may have some bit of connection.

i felt cold just by watching the ttailer.

Kang Haneul is on his way establishing himself as one of indispensable actors under 30s. He fares well in Chungmuro.

Kim Mu-yeol looks strikingly like Ong-shi (wanna1) in the above picture...BTW loved him to pieces in My Beautiful Bride!

My Haneul is gorgeous in whatever angle, in whatever film - basically in everything. Give me crime action thriller + Kang Haneul and I'm definitely in!

The trailers are sooo unsettling. I'd like to watch the movie but I'm not sure I have the courage.

Will definitely watch when this movie comes out on Netflix in early 2018! Woot!!!
Kang Ha Neul, fighting!

KHN is SO.HARD.WORKING this year OMG. I feel like I saw too much of him on big screen recently. Glad that he's challenging himself with variation of roles and invested in Chungmuro after Dongju thou. Hope to see him in better dramas next year.

Can anyone tell me the song which Ha-Neul Kang listens in his walkman..??please..