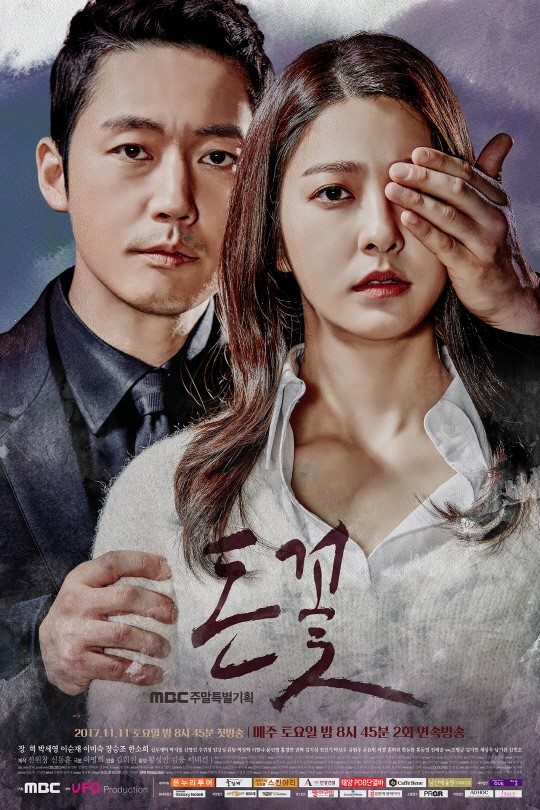 Wow, these posters take saturation to a whole new level. MBC is getting ready to launch their newest weekender Money Flower, and we’ve got three new, glossy posters of the main leads, played by Jang Hyuk (Voice), Park Se-young (Whisper), and Jang Seung-jo (Scholar Who Walks the Night). Heavyweight veterans Lee Soon-jae (Yes, That’s How It Is) and Lee Mi-sook (Temperature of Love) round out the cast in the melo, where love, ambition, and money are all interconnected and defines our characters’ relationships with each other.

Money Flower’s one-line synopsis is quite vague, but at the same time, sounds very dramatic, with high stakes and emotions involved: The show will follow those who are under the illusion that they wield money, but are actually controlled by it. However, its message is meant to be a hopeful one, where the pure love of those living in a brutally capitalist society will somehow prevail over money. It’s so pessimistic and yet wide-eyed idealistic at the same time.

Jang Hyuk will play a self-made man who started out life as an orphan, but has risen to become the director of a large conglomerate’s legal division. He almost sounds like an anti-hero, who considers love just one of many tools for his ambition. Park Se-young, on the other hand, is a bright environmental activist who dreams of a fateful love. She’ll get more than her fair share of fate though, as she gets involved with Jang Hyuk and Jang Seung-jo’s wishy-washy chaebol heir character.

I thought the first two posters were quite standard and pretty, but I especially liked the last one, with Jang Hyuk pulling marionette strings connected to Jang Seung-jo, and Park Se-young looking away from the two men. It’s a lot of symbolism that I find—prejudicially, I admit—surprising in a poster for a weekender, what with the empty frame, and the three birds in a gilded cage. It’s certainly evocative, and beautiful too.

MBC has decided to schedule Money Flower differently than its predecessor, Thief-nom, Thief-nim: Instead of airing its two weekly episodes over two days, both episodes will air right after the other on Saturdays, starting on November 11. 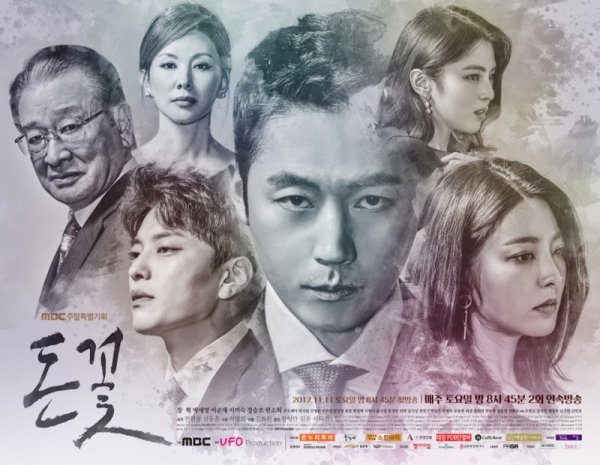 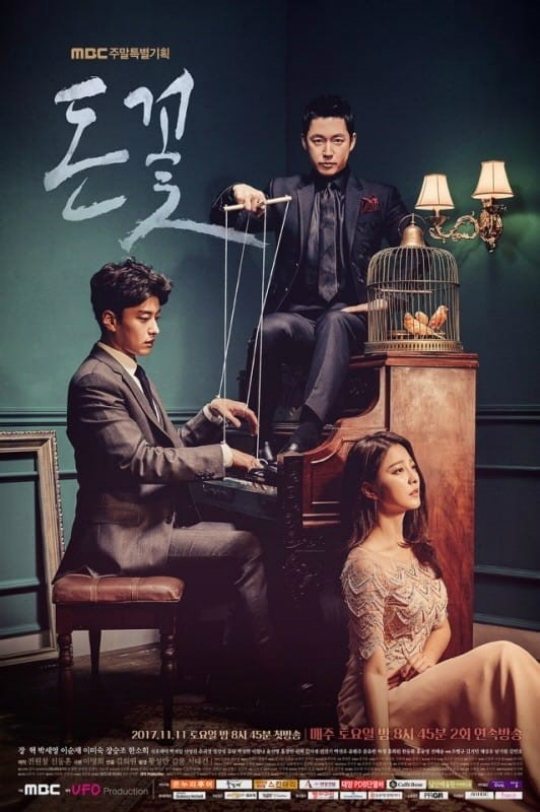 Looking forward to it. Disappointed Han Chae-ah dropped out, but I'm still in. (I still want that alternate drama of her as the shy secretary and Yeon Woo-jin as the boss we were given a glimpse of in Introverted Boss which was more interesting than the real one. Except with a happy ending of course.)

I still lament why her character was not the lead. She had compelling chemistry with both male leads.

Actually of you look at both their skills Park Se-young fits better in the character. They are both skilled n acting it is just that Park Se-young fits the bill as a naive looking, innocent and can be aggressive at the same time. Love this drama so many twist

Agreed! The poster is so beautiful judging from the trailer this drama will have a beautiful cinematography too. Just can't wait.

I love revenge dramas. Will definitely watch cos of both leads. Park Seyoung is so beautiful on screen

Is there such a thing of being overexposed? Which i think is happening with Jang Hyuk. I'll pass. Revenge dramas are just not my thing, plus I dislike the cast.

Jang Hyuk usually does one drama in a year which is not too much. Many actors work in one or two projects every year and movie actors work even more. It's just that he has been working for many years and recently some of his work has not been of good quality which makes it look too much. His face may be overexposed but his talent unfortunately remained unexposed.
If we think from his point of view in the past few years he passed on many works which became smash hit and gave so much recognition to the actors who played the respective leads. He is also aging so his days of being male lead will come to the hault in few years. So my theory is he keep looking for his next work in the hope of getting something worthwhile. But the misfortune is there are not too many good writers in k-drama world anymore and actors of his age may find it difficult to get the good parts. He looks like someone who truly appreciates his profession but has very bad luck with finding the good project.

I thought Beautiful Mind and Voice were extraordinary dramas but maybe I like medical dramas and some do not like that genre. He was amazing.

I loved Beautiful Mind but even though Voice had intresting premise I hated the plot holes and recurring illogical plot twists. Moreover the writer forgot to characterize the leads and unfortunately JH falled for exaggerated acting several times. Though he had some really good scenes too. His earlier two drama Gaekju and SOGC were terrible.

Gaekju for me is a good drama. It has high moral value that not many people appreciate it nowadays. But, guess it's not everybody cup of tea.

Gaekju could have been a great drama if done properly.

Fully agree. Beautiful Mind was awesome! In Voice, he showed off his fighting skills, but I wanted more romance and it wasn't there.

The problem with JH is, he is too damn loyal. Lol. He save KBS when they struggle to find a male lead for BM. Rejected SeGa when Sidus (his agency) can find a good solution with a production. And he work with this writer before in FTLY. So, expect the repetitive like this in the near future. Haha. But, I just love him even more.

In the past Sidus used to bring good work for him but not too much in recent years. Sidus makes the stars but in the end they leave that agency. Only JH is sticking around with them for a long time and for a star who brought them a lot of money in the past they should work a little bit harder. For JH the thing most needed is the luck.

Eversince School 2013--which I loved but also kinda-sorta blame for changing directions and taking away her leading lady status--I've been waiting on that one role that would push Park Seyoung to stardom, please let this be it!

(Honestly, the same could be said for Han Chae-ah, I loved her in Mirae's Choice--though it was a train wreck!!--and I'm still waiting on that one role for her. I mean yes, they're both getting roles, but they're legit actors that languish in weekenders or second lead roles, while dramaland keeps handing out roles like candy to lackluster idol actors.)

When the quality writers are handing the leads roles to the wooden borads like Suzy and IU then there is not much left for the real and talented actresses to do. Movies are better place for them and there they don't give much importance to the looks but the Korean movie industry is small and for snatching the good roles agencies has to put in the efforts.
For Park Se Young I can say that she is a good actress and can be even better. I saw her on the long teaser and she looks very warm. If this drama becomes a success then she can cement her status as a leading actress.

What quality writers have been working with Suzy and IU though? They have been cast in high profile projects but doesn't necessarily mean they were working with good writers.

I hope this is PSY's breakout role, she is long overdue and luckily we have had many good actresses rise this year (Seo Ye-ji, Kim Ji Won, Gong Seung-yeon, Chae Soo-bin, etc).

Jang Hyuk and Park Se Young used to be a couple in Beautiful mind. They had great chemistry as a cute doctor couple, only if he did not fake it, and she did not use the chance to study his behaviors for her promotion.
Maybe it will be different this time?

Am I the only one to notice that "bump" on her neck in the first poster?

OMG you are right that bump is in every picture of the poster I see. lol

This writer drove me nuts in his last drama but I think his writing is more suited for this genre.

Are you talking about the writer of Money Flower? I think it's her first solo work. From the teasers this drama looks too makjangish.

Yes that same writer and her partner whom I thought would be much better writing for a weekend show full of makjang. The ahjummas will love it.

Let's see what see has cooked this time though my heart is too weak to handle makjang.

Just want to say what a great job everyone on the dramabeans team are doing. Love reading all your recaps. Am wondering if Money Flower is going to be recapped as well? Hint hint lol