Miracle That We Met

A man dies in a car accident, but when he wakes up, his spirit has transferred to a different man. Though this man has the same name and age, the man finds himself living a very different life as this new person. As he becomes the head of two families, he struggles to deal with both of his wives.

A man dies in a car accident, but when he wakes up, his spirit has transferred to a different man. Though this man has the same name and age, the man finds himself living a very different life as this new person. As he becomes the head of two families, he struggles to deal with both of his wives. 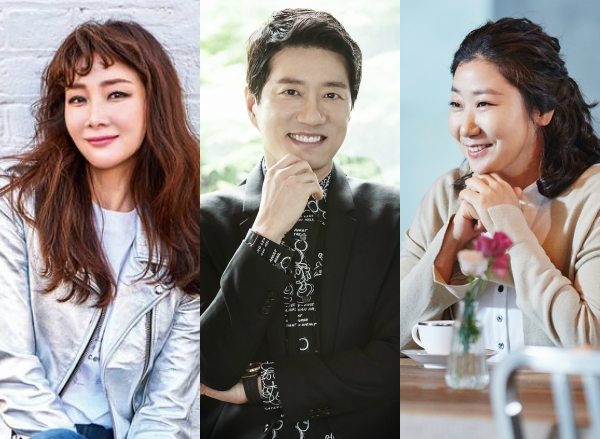 That is one impressive lineup right there. The new drama from Strong Woman Do Bong-soon’s PD-writer duo has sent offers to Choi Ji-woo (Woman With a Suitcase), Kim Myung-min (Six Flying Dragons), and Ra Mi-ran (Buam-dong Revenge Club) to headline the upcoming human melo titled Miracle That We Met. The show’s tone sounds like a mish-mash of genres, with body-swapping and an unconventional love triangle in the mix, so it’ll be interesting to see how prominent the melo side of it is.

If Kim Myung-min accepts, he’ll play a husband and father who somehow becomes the head of two households by accident. When I read that line in the synopsis, I have to admit my eyebrows shot straight up, thinking this was going into makjang territory. But, thankfully, it’s more of a case of mistaken identity, as Kim Myung-min’s character finds himself in the body of another man who bears the same name, has the same birthday, and got into an accident at the exact same time he did. It’s unclear whether Kim Myung-min will play both men, because reports do call it a 2-in-1 role, but I almost hope so, despite the incredulity, because of the comedic potential.

Choi Ji-woo is up to play one of his character’s wives, a mother of two children, who fell in love with and married the perfect man. Though she looks happy on the outside, she has a hidden sadness, a dichotomy which parallels her innocent looks with a passionate heart. These internal-external differences are also present in Kim Myung-min’s other wife in the show, played by Ra Mi-ran if she accepts. Though Ra Mi-ran’s character is described as a bubbly, good-natured, and talkative housewife, she has a toughness and bravery to her that isn’t as apparent to others. I really hope Ra Mi-ran accepts, because I can see her playing this character so well.

Though Miracle That We Met is described as a human melo, I have to admit that the show’s promise to show a family’s love in this generation, as well as to reflect on a father’s role in the family, are what really piqued my interest in this show. And if the show can really sign on all three actors above, I will definitely be tuning in to watch what sounds like a heartwarming story about family in all its aspects, between spouses and between parent and child.

Miracle That We Met is tentatively scheduled to air on KBS next April.

I'll be definitely watch this drama. It sounds just right up my alley.

I'm wary of the PD-writer duo as I didn't enjoy SWDBS, but ooooooh man, this cast is tempting me.

i don't necessarily mind the writer, but the pd can go a bit over the top some times

Since I've watched Woman of Dignity for this writer i have hope.

perfect casting, whether melo or comedy. hope they all sign up.

The writer did my baby Taehoon dirty in Eundong so I have no good impression of her, but if anyone can make it work it's my dad Myeongmin and mum Miran ❤❤❤❤❤❤ Let's just hope she wakes her ideas up and stop pulling bad abusive plot tropes in her works

This and Two Cops and The Beauty Inside... so we've passed the time travelling genre and now into body swapping?

Are all these producer's running off a "playbook of drama setups"?

Very much liking this cast.

You had me at Kim Myung-min and lost me at "Strong Woman" lol.

My thought exactly. With this cast we don't need to worry about acting front. But the writer though...

2018 is the return of melodramas and veteran actors.
Should We Kiss First and Miracle That We Met...

I'm very happy that veterans actors seem on demand now. Give these ahjummas dan ahjussies good script and they'll rock it. And more diverse stories to match their age please...

Choi Ji Woooo <3 All three actors are gonna so kill their roles. I hope they all sign on, and I hope this is more Dear My Friends and less makjang-y.

Another drama that I am looking forward. I am happy that there are more dramas/stories for veteran actors. The cast alone will make me watch it but hope they have a good script too.

I really like the cast if they accept the offer. But a little wary with the writer duo. Mostly gaga over the leads and their chemistry on Strong Woman but i didnt enjoy certain aspects on how SWDBS was written.

Wow Choi Ji Woo looks young in that picture. SWDBS, despite its flaws, is in my top 2017 dramas so I'll be anticipating this one.

I am such a fan of kbs dramas. My latest favourite dramas are from KBS - go back couple and the best hit. These are the dramas this year which i tried to watch live. Haha

I have high hopes for future kbs dramas. And this drama early synopsis seems fun 🙂

I'm just so tired of seeing Ra Miran in every drama (and drama special!). To say that I have Ra Miran fatigue is an understatement. I know that she is good and all and she delivers but I just can't watch anything with her for a while just to detox.

I think Ra Mi Ran has been working non stop since Reply 1988.. She continues on one project to another. Hardworking actress she is...