Both prisoners and prison guards alike get their mug shots taken in the latest posters for tvN’s Smart Prison Living. Featuring Park Hae-soo (Legend of the Blue Sea) as a star baseball player who turns into a convict overnight, and Jung Kyung-ho (Missing 9) as an elite prison guard, this black comedy follows Park into prison and tells the stories of his diverse fellow inmates.

Twenty-four individual character posters have been released, with prisoner Park Hae-soo grimacing at his fate and Jung Kyung-ho squinting intensely. To Jung’s character, Park Hae-soo is a special prisoner. Maybe it’s related to Park Hae-soo’s superstar sports career, but Jung Kyung-ho knows all about him and gets excited whenever his name is mentioned. Ooh, a bromance already in the making!

Krystal (Bride of the Water God 2017) plays the most important female character, a traditional Oriental medicine student. She has a hotblooded, bright personality, and can be impulsive at times. The other female character in the posters below is Park Hae-soo’s younger sister in the drama, played by Im Hwa-young (Chief Kim).

Our cast of prisoners already seem like a hoot. WINNER’s Kang Seung-yoon (We Broke Up) is playing a recidivist klepto nicknamed “Jang Bal-jang” (Korean pronunciation of Jean Valjean). Lee Kyu-hyung from Forest of Secrets will also play a repeat offender, but his vice is drugs, and his prison name is “Second-generation Chaebol.” Choi Sung-won, who I’m happy to see back in dramaland after his most recent bout of leukemia, will be reuniting with the Answer Me 1988 production team for Smart Prison Living. He won’t be the lovable old-faced maknae this time, though, but a prisoner nicknamed “Spot.”

Let’s not forget the veterans of this cast: Sung Dong-il (Hwarang), who is playing an experienced prison guard chief who is able to quickly and flexibly resolve many of the incidents that occur in the prison, smiles warmly in his poster. Whereas assistant chief prison guard Paeng, played by Jung Woong-in (My Sassy Girl), shows his fiery personality, and prisoner Choi Moo-sung (Lookout) looks similarly menacing.

Others in our cast shown below include:

With PD Shin Won-ho and his Answer Me production team at the helm, I have great expectations for this show—so hurrah that it’ll be premiering soon. Wednesday-Thursday drama Smart Prison Living begins on November 22. 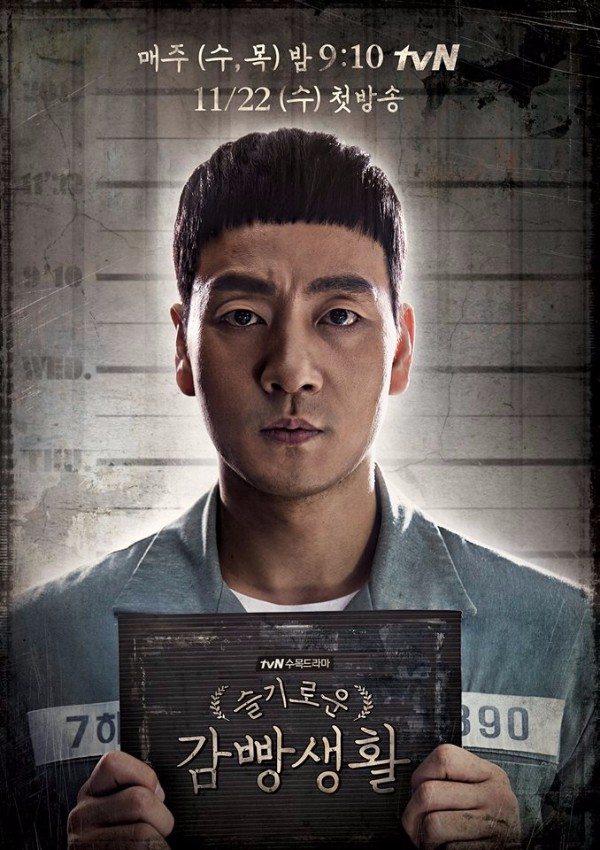 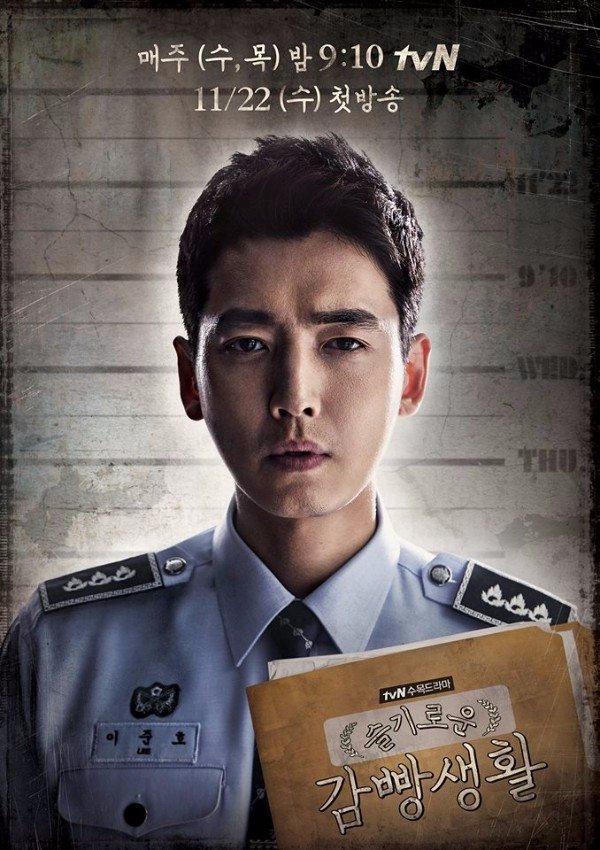 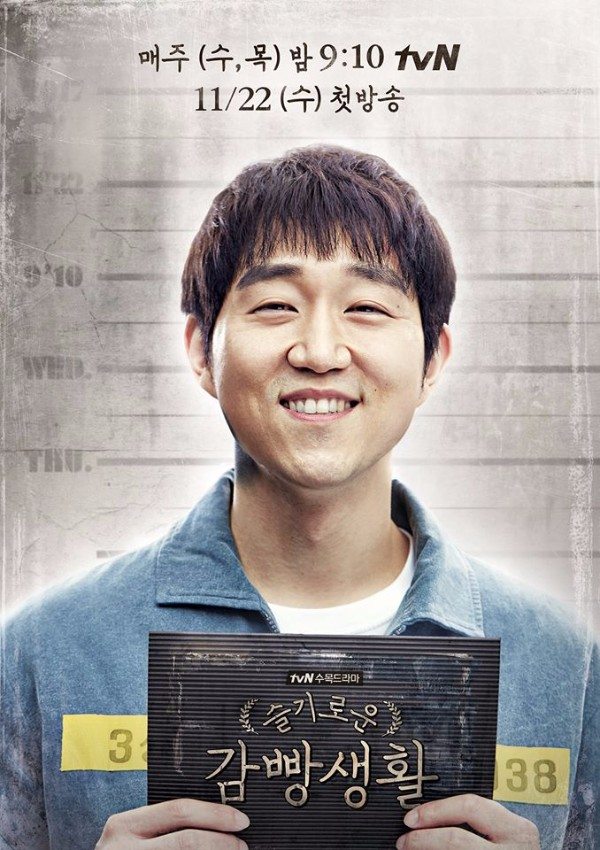 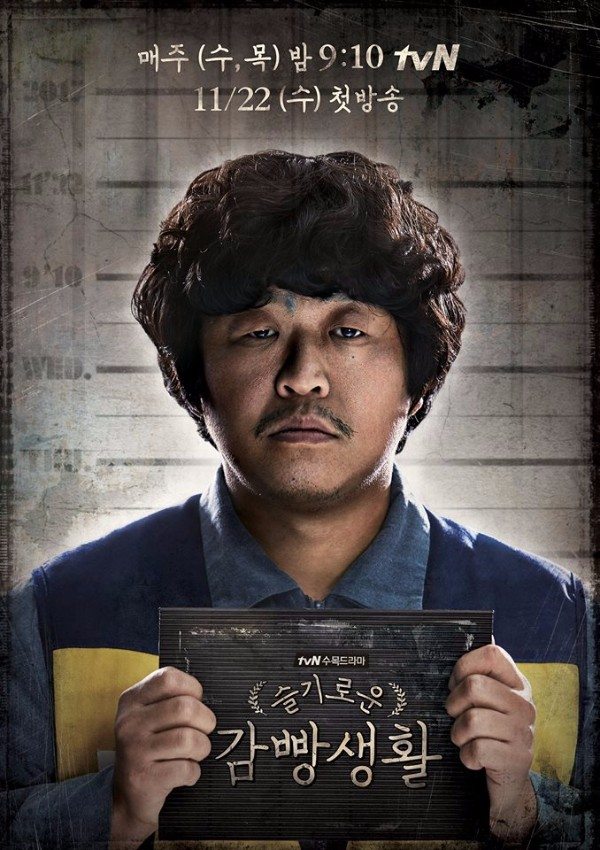 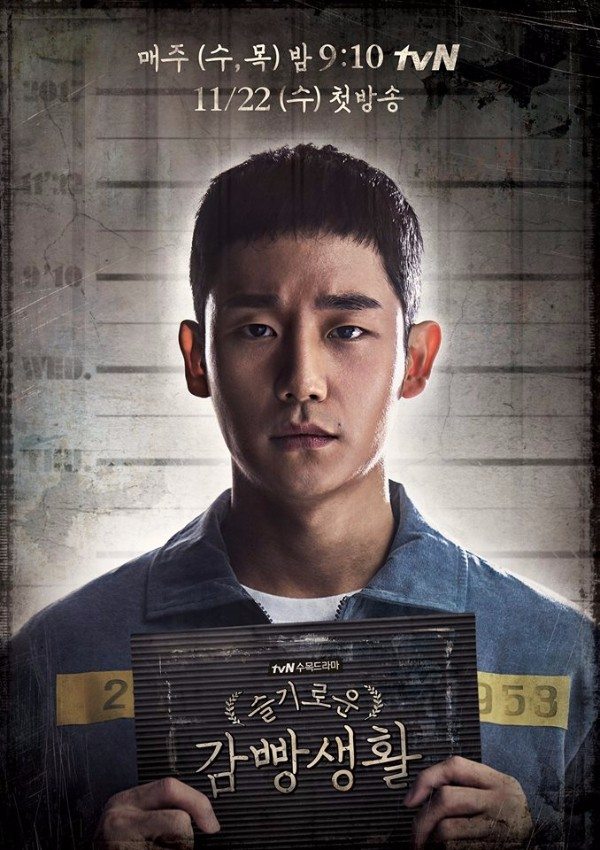 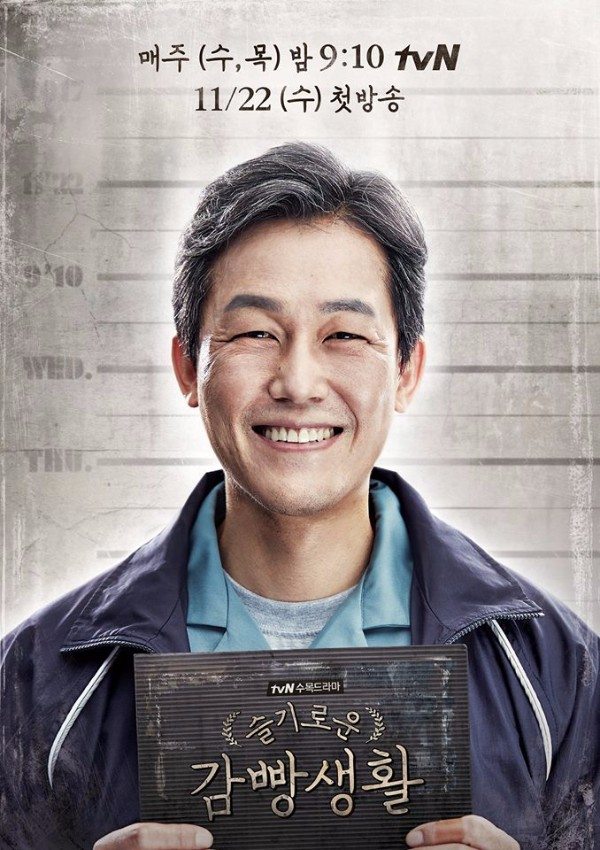 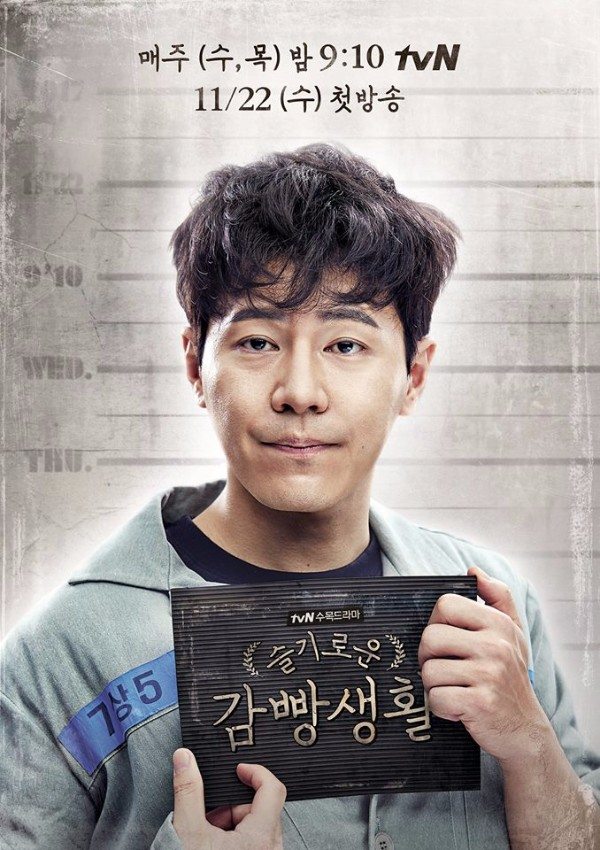 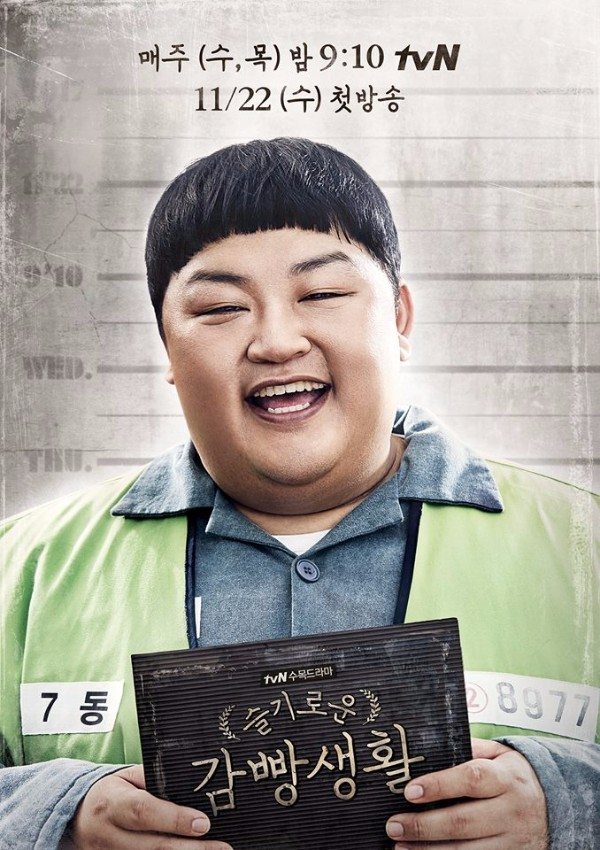 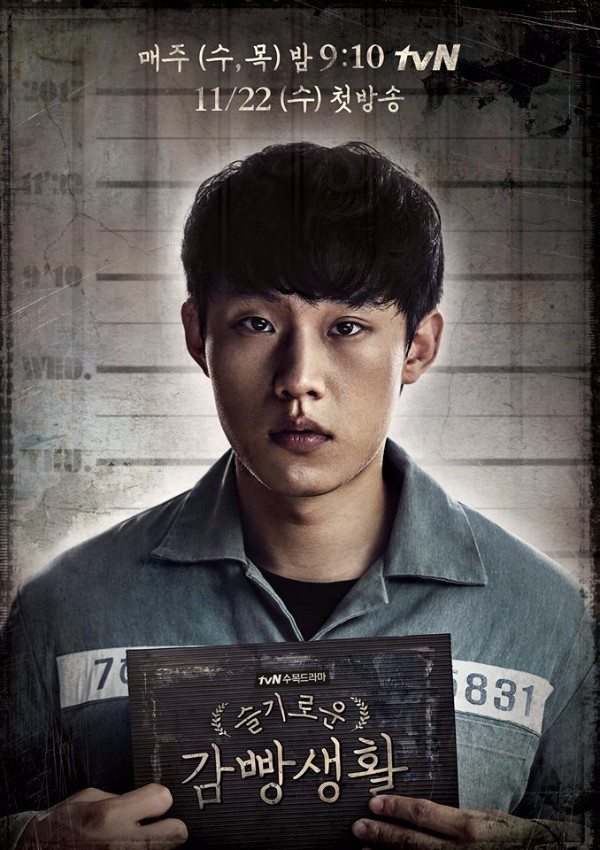 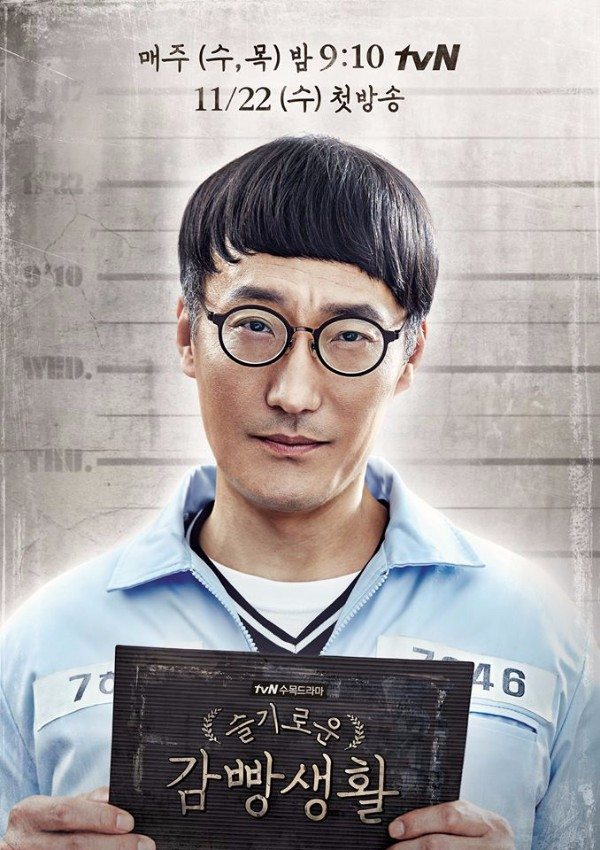 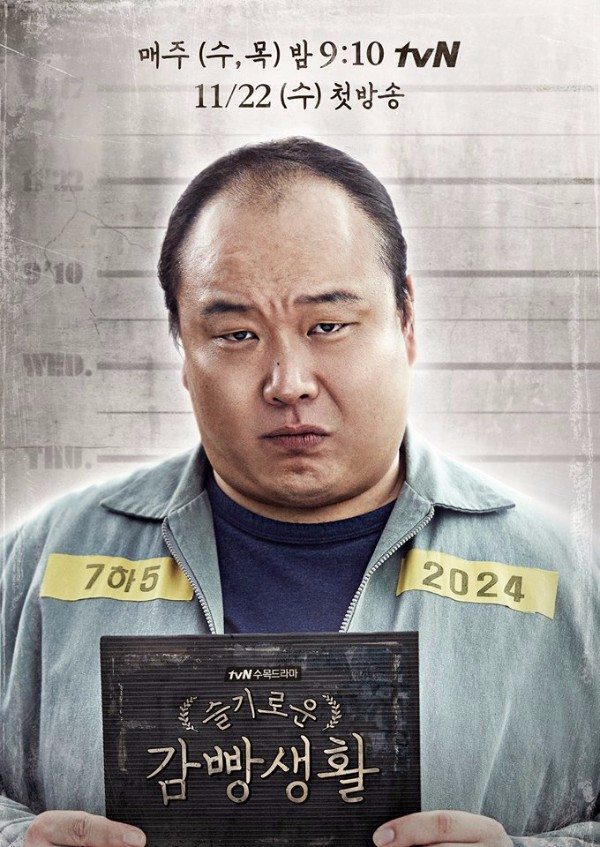 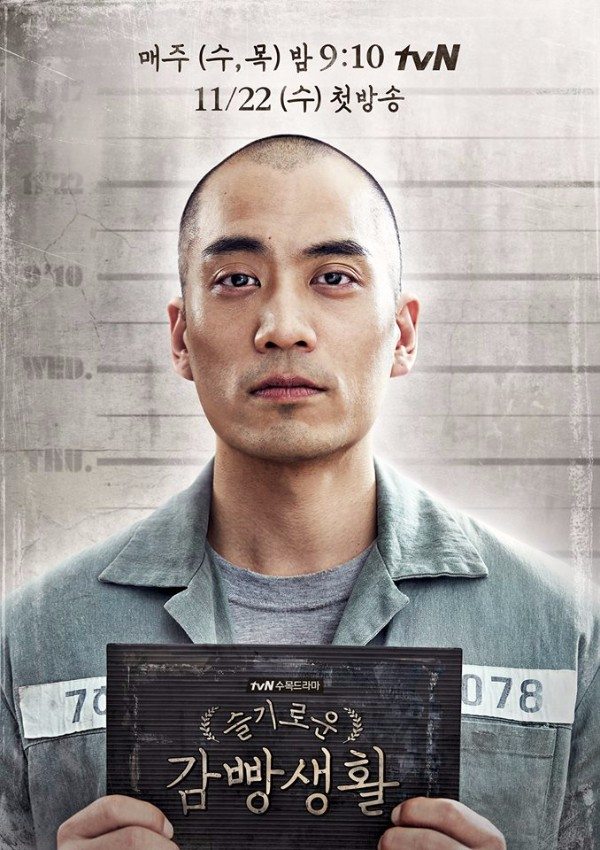 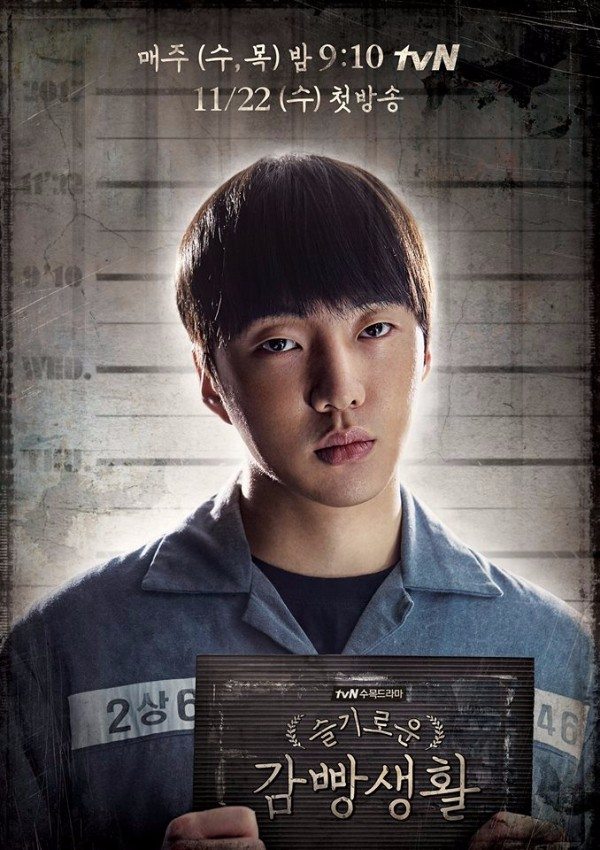 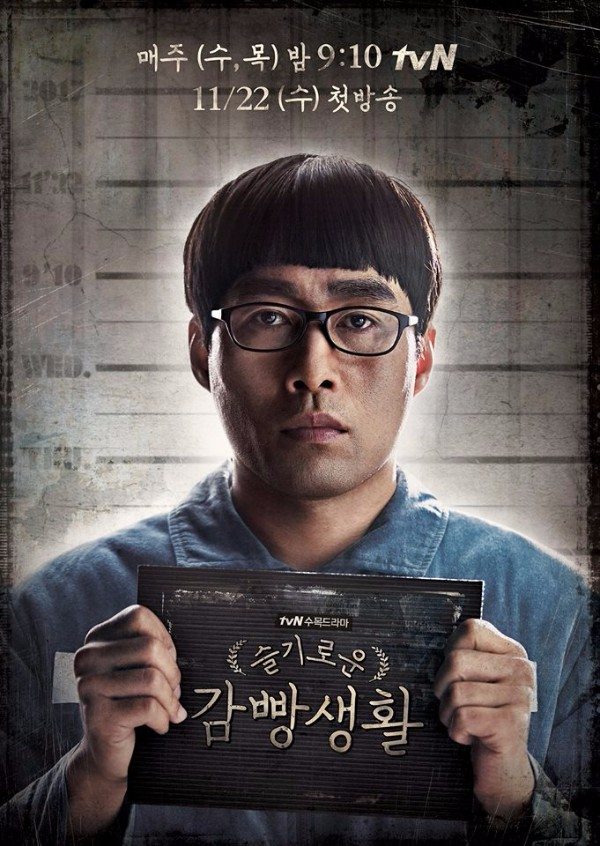 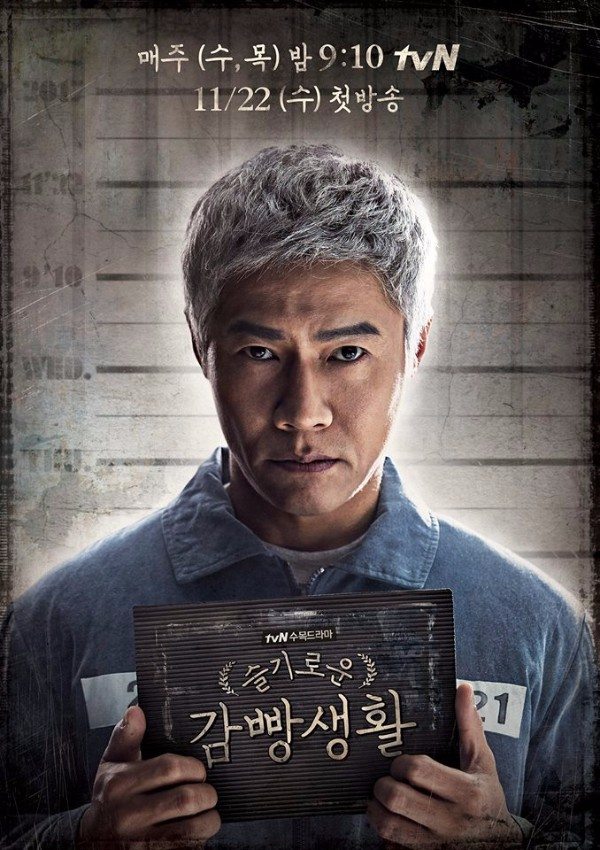 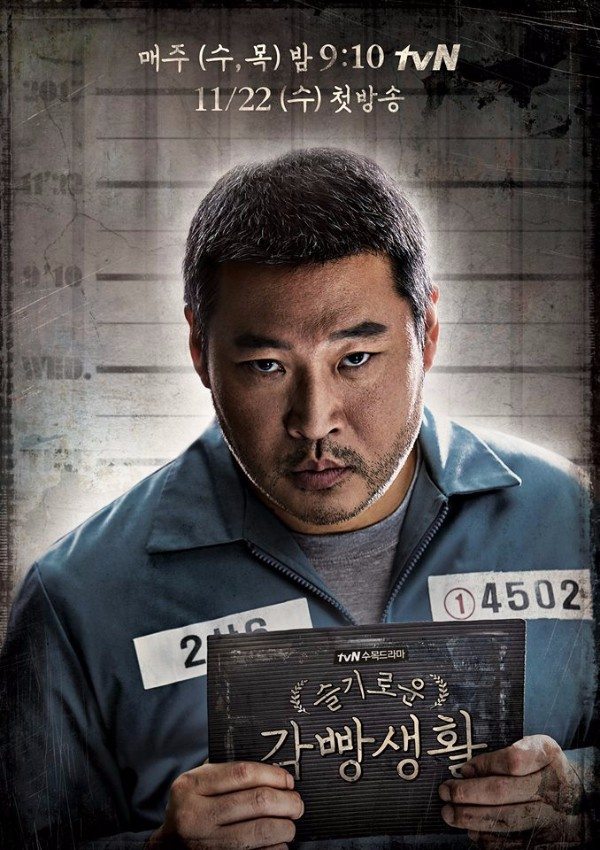 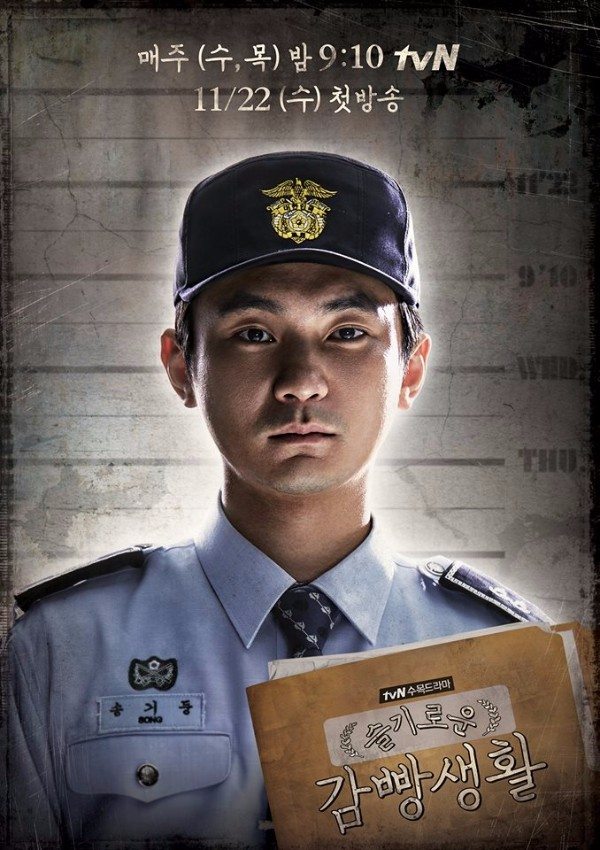 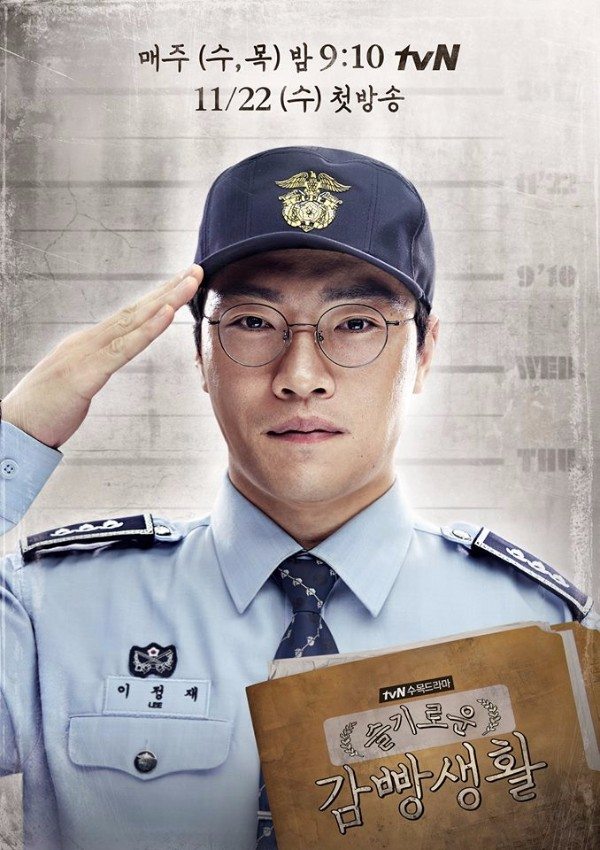 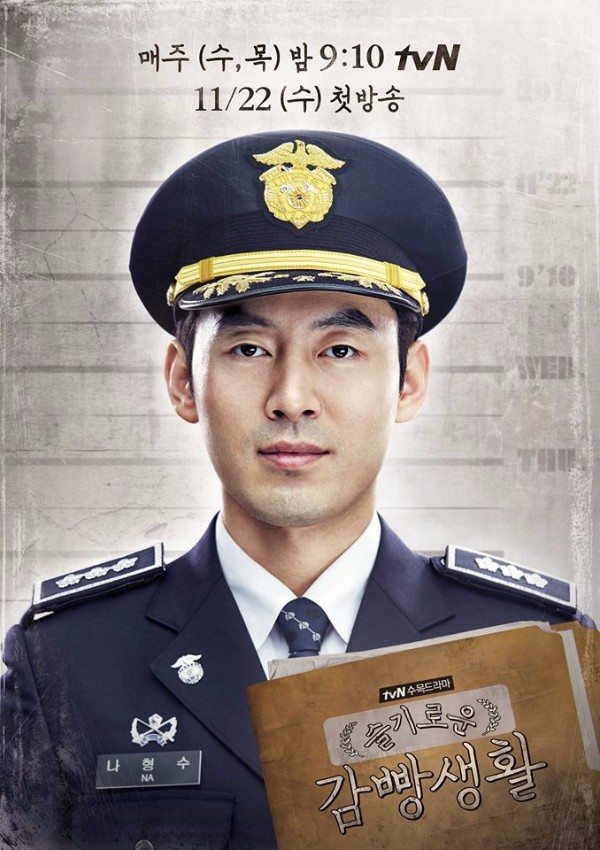 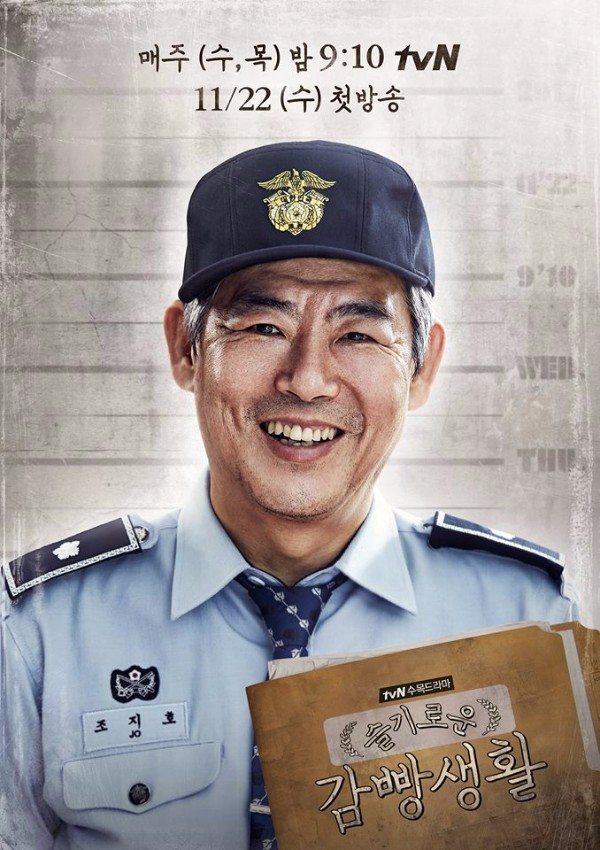 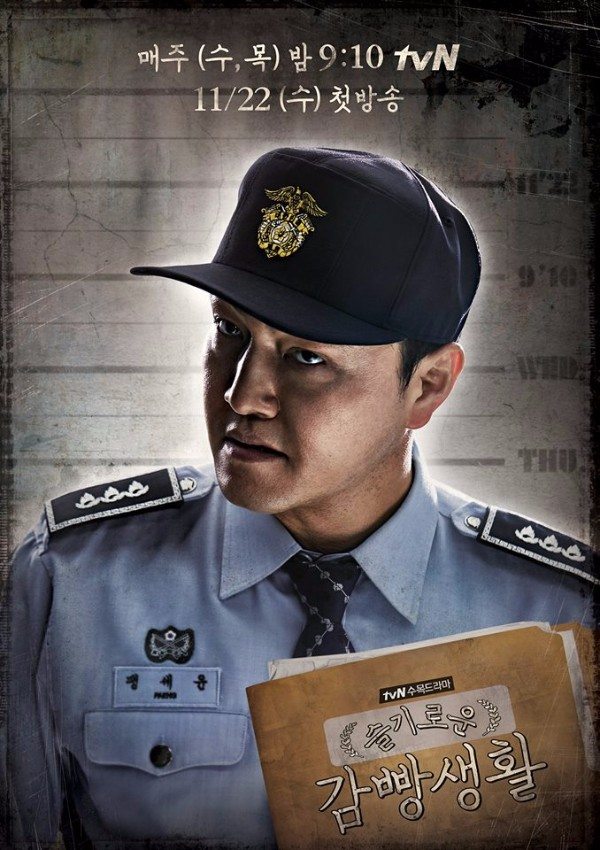 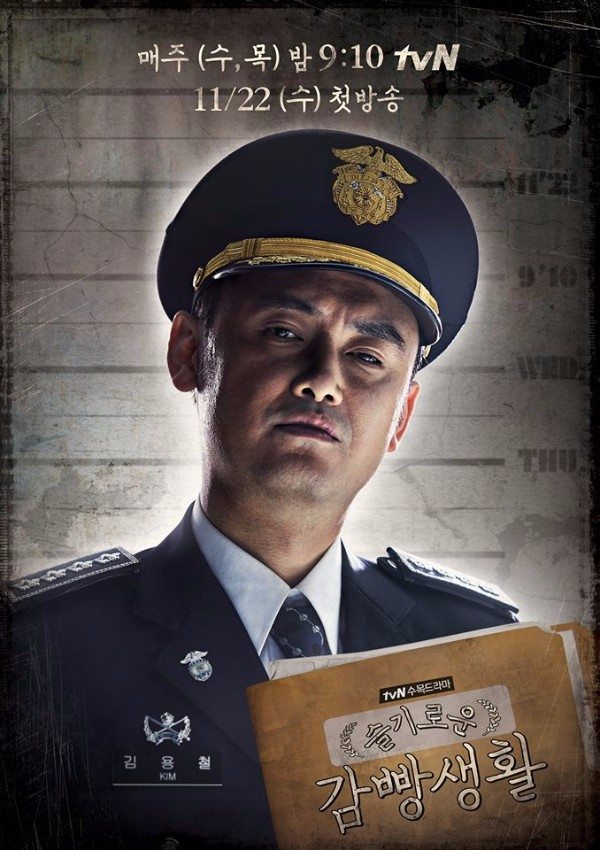 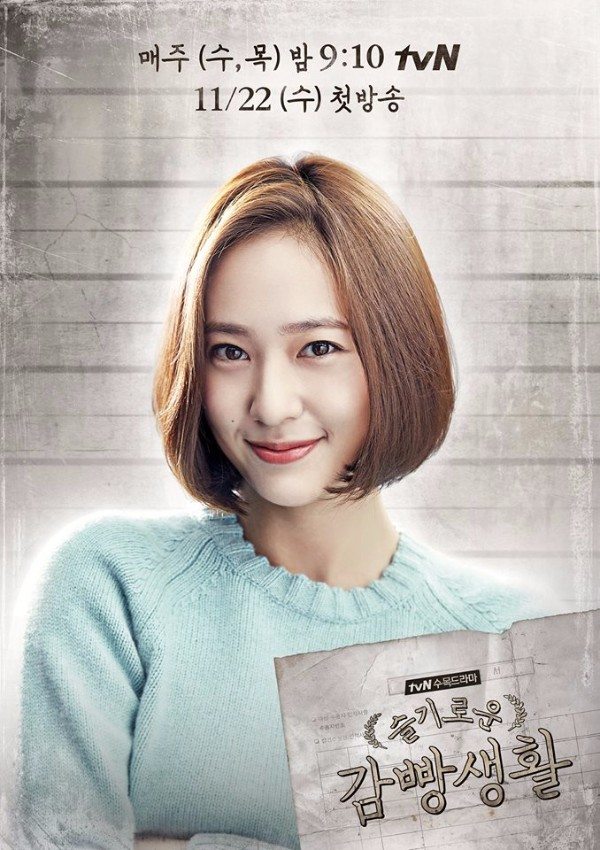 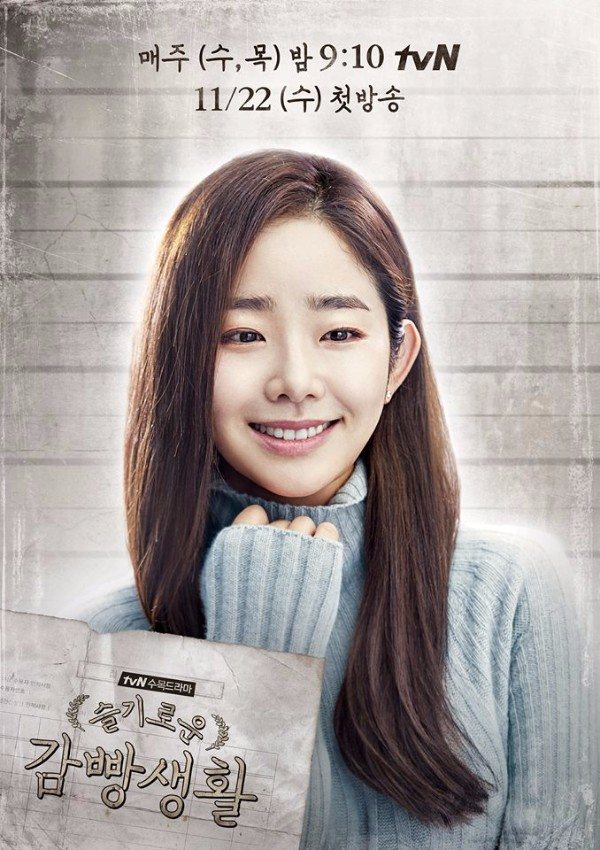 Love it. An ensemble with Answer Me PD is always a riot.

Now, the question is who is legally subbing this in North America? Will I be able to watch this when it airs in two weeks? Oh, the agony.

Good question for wish I had an answer. tvN shows are now not all guaranteed to be picked up by DF or Viki.

Yeeeeesss. My oppa (JKH) is an oppalogist (aka fangirl who loves her fave and protects him when everybody else hates his guts).
I'm so happy that JKH is not a bad guy.
PS. Raw team, consider me one of yours. Sub or not sub, I will watch this !!!! 😊😊😊😊😊

soooo many faces. Oh, Jung Woong-in, nice! is he a crazy psycho again? I would love that

Choi Sung-won is back!! Glad to see he is well enough to be back in dramaland. I was so sad when he had to drop out of his last project due to his diagnosis.

Plus we get more of cutie Jung Hae-in 😊

Whatever happen to Yoo Jae-myung?

I think he is also casted in another tvN drama "The Most Beautiful Goodbye" I hope I read it right though.

It must be a small/short role here. Oh well, I'm glad he went back to Chungmuro after "Secret Forest."

I love this ensemble cast. And these individual posters are clearly unusual and eye catching.

Sorry but is that my little Prosecutor Yoon from forest of Secrets?! Oh you get I'm watching this drama, it's giving some needed Defendant vibes with the prison motley crew and I LOVE IT

That’s the qn I was thinking of too. I wish he can be in.

Whoa this looks good! The mix of taek and deoksun's dad with noeul makes me recall reply 1988... I can't recognize choi moo sung with that scary face on!

Aw, I'm so glad to see Choi Sung-won doing better now to do a new drama!

Puhaha, I love that Sung Dong-il is the cop this time while Park Hae-soo is the inmate

12 bebeswtz❣️Xiao Zhan is the sunshine in human form ☀️

Wow!! Such a diverse cast with so much talent (and then some *coughKrystalcough*) making up such an eclectic ensemble of characters XD Can’t wait!!!

I have the time to include this now on my watch list as I have dropped a lot of dramas this week.

Have been very curious about the difference between the dark and light mug shots... Do they represent anything that has to do with the storyline?

For now, the only thing I could tell after watching 4 episodes is that those with the dark mugshots are recurring characters while those in the lights ones are short/small characters of the drama.