From baseball star to jailbird in Smart Prison Living 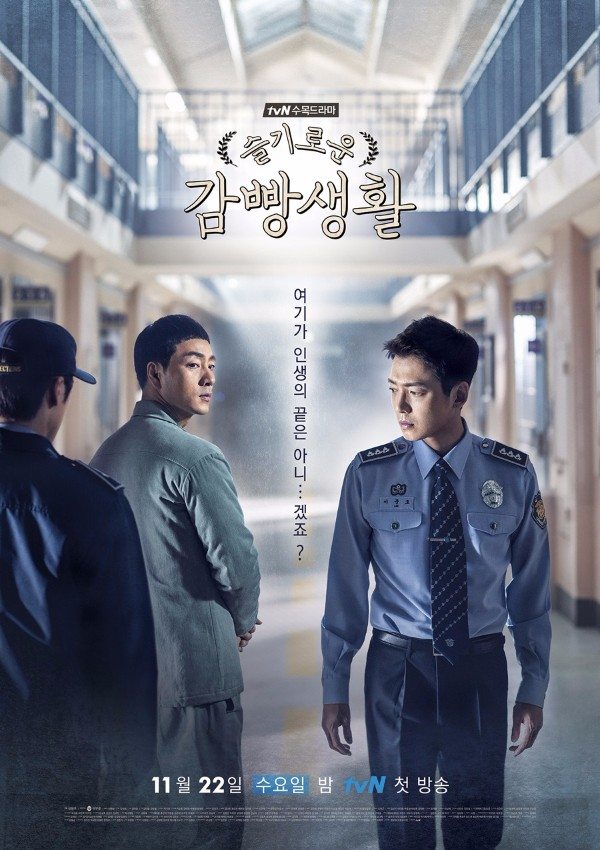 Smart Prison Living is approaching its premiere date, and promotions have begun with the first few posters being released. The show stars Park Hae-soo (Legend of the Blue Sea) as a prisoner and Jung Kyung-ho (Missing 9) as a prison guard; the black dramedy kicks off when Park, a superstar baseball player, somehow becomes a convicted criminal overnight. In prison, he becomes immersed into another world as he gets to know his inmates and how they ended up in jail.

In the poster above, Park Hae-soo wears a prisoner’s uniform and asks, “This probably isn’t the end of my life…right?” as he passes by Jung Kyung-ho. The same copy is shown in the next poster, featuring Park Hae-soo solo, while the last poster shows him during his superstar pitcher days, where there are two backgrounds juxtaposed of a crowded baseball stadium and a stark prison.

With Answer Me’s PD Shin Won-ho directing, it’s almost guaranteed that Smart Prison Living will be heartwarming. Kyaaah—excited already! Other cast members include Krystal (Bride of the Water God 2017), Jung Hae-in (While You Were Sleeping), Sung Dong-il (The Package), Yoo Jae-myung (Forest of Secrets), and Jung Woong-in (My Sassy Girl). 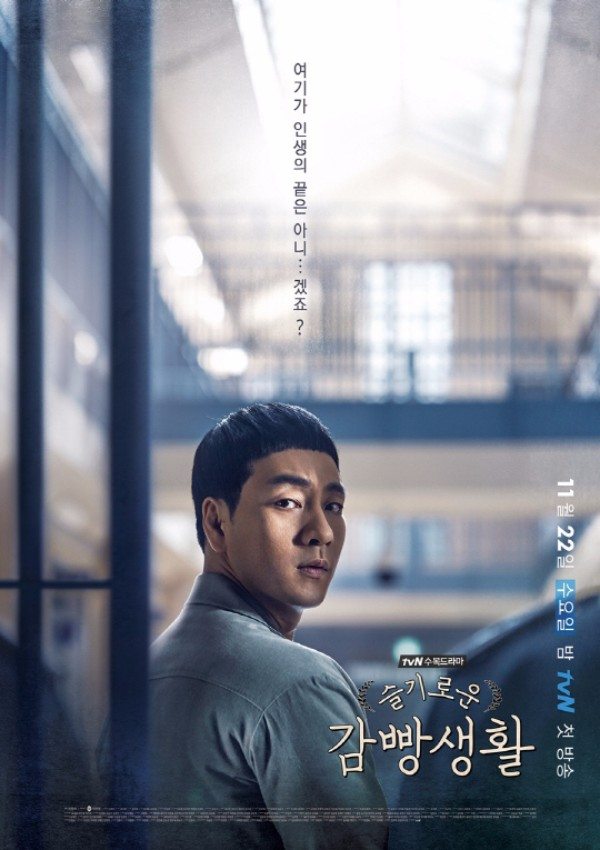 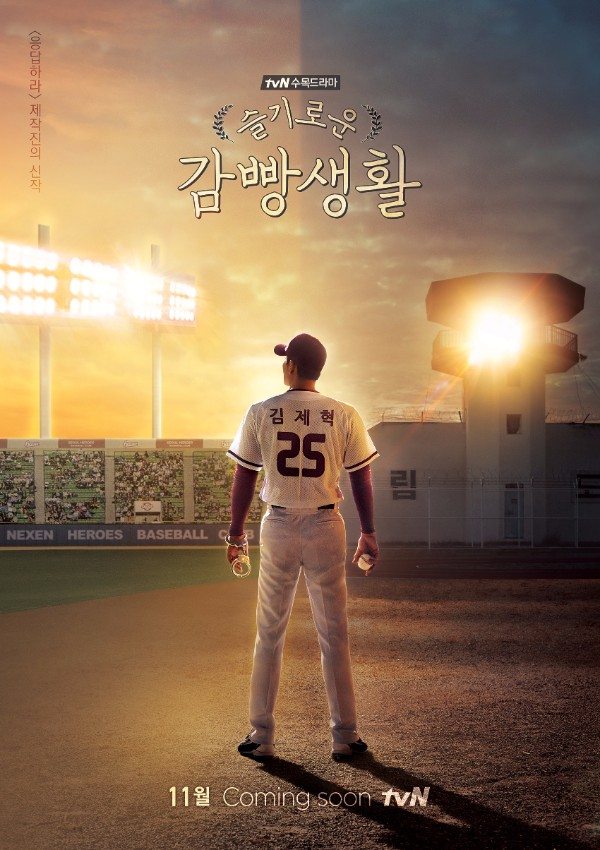 Finally, news about this drama, i am excited to have this on my screen, waiting for the teasers.

I wanted my Kyung Ho to be a jailbird 😅😅. Oh well, I guess he can give his best as a warden too (even if they always get portrayed negatively )😧😧
Now where the heck are the teasers though... 3 weeks left, what are you doing tvn 😡😡

Jung Kyung Ho, Song Dong Il, AND the PD of the Answer Me series??? My heart is already filled to the brim with all the heart-warming moments this drama is most likely going to bring <3

Is JKH not the main actor? I have very high hopes for this one.

Yay, finally some updates on this drama. I don't want to miss it. Definitely want to give it a try for the story and Jung Kyung Ho. #PLEASEBEGOOD

I'm really anticipating tis even more being labeled as Back Comedy yet i confess i was a bit suprised when i saw Jung Kyung Ho isn't the titular lead as every source added him/hyped him as the one,i think it's the first time when i actually read that Park Hae Soo is the titular hero...I confess i'm a bit bummed up as i wanted Jung Kyung Ho to be the prisoner...

Agreed!!! I was expecting him to be the prisoner. I didn't even know Park Hae-soo was the lead.

I seriously didn't recognize actor Park Hae-soo. He looks so different here from when I last saw him.

AWWW! Uncle Jiran (from SIXFLYINGDRAGONS<3) yay! so glad to see him again~

Waittt, so Jung Kyung Ho is not the main lead??? Andwaeee....(TT_____TT)
I thought he'll be the prisoner (the lead) & was so excited for this because of him

Same! He looks so good in WYWS ;; I can't get enough of his smiling face /clutches heart/ So attractive~ Nae style 👍

Jung Kyung Ho and Jung Hae In (Ah, Woo Tak-sshi!)
I've only seen Park Hae Soo in LOTBS and I remember liking his character there. Looking forward to this one <3

I know that other Beanies are asking about who the lead is supposed to be. I, on the other hand, thought that this was meant to be an ensemble drama. I have been looking forward to it, and I hope that we start getting some teasers now.

I swear Sung Dong-Il must be Shin PD's muse! ^^

I am excited for this because of the PD obviously, but I'm also curious as to how different this will be from the Answer Me series and whether Shin PD's magic touch will continue with a foray into something different.

I vaguely remembered hearing about this but these posters are getting me very interested.
Definitively going to check it out.