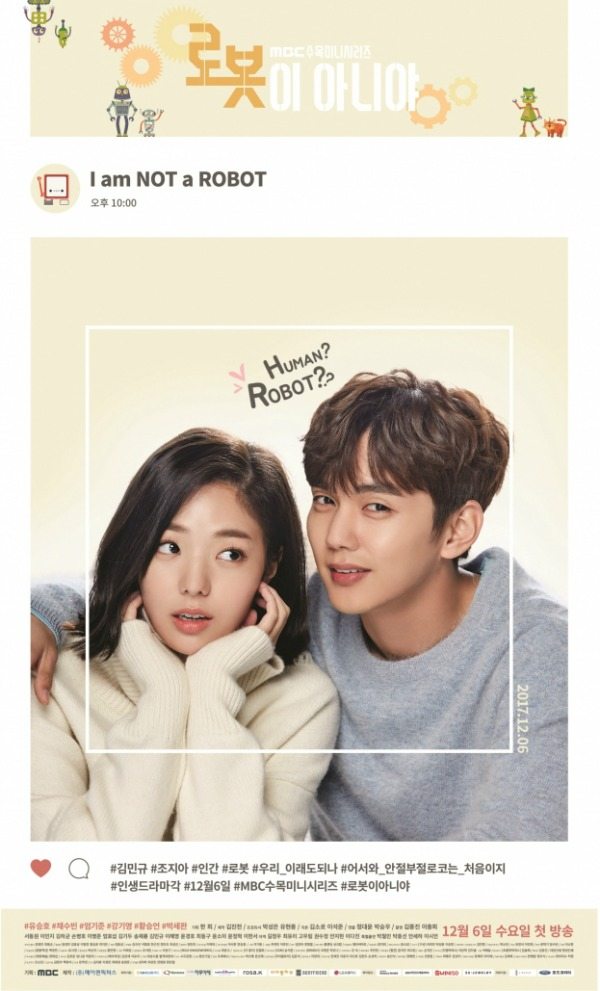 Let the cute promos continue! MBC has released more stills and posters for its upcoming robo-rom-com I’m Not a Robot, starring Yoo Seung-ho (Ruler—Master of the Mask), Chae Soo-bin (Strongest Deliveryman), and Eom Ki-joon (Defendant). I really like the adorable and modern feel of the two posters—the first has Instagram hashtags that say things like “Welcome, it’s your first fidgety rom-com, isn’t it?” and “Can we do this?” and the second poster incorporates robotic circuitry layout.

Yoo Seung-ho plays an ultra-desirable man who literally has everything, from money to power to good looks. But after a particularly heartbreaking incident, he developed a “human allergy” condition that makes it hard for him for him to physically face people. As a result, he’s been living in seclusion ever since, and whenever he has to go out, he shields himself with gloves, masks, and canes to keep the people away.

When he meets Aji-3, a world-class female android, he begins falling for it—but unbeknownst to him, she’s been human all along. Chae Soo-bin plays both the robot Aji-3 and Jo Ji-ah, a human woman whose features were the model for Aji-3 because her ex-boyfriend, played by Eom Ki-joon, created it in her likeness.

In former character descriptions, Jo Ji-ah was described as a warm entrepreneur with an extraordinarily high ability to empathize with others, whereas Aji-3 was described as a premier AI machine with a strong curiosity about humans programmed into it. Eom Ki-joon plays an engineering genius professor who is extremely book smart, but completely out of his element when it comes to relationships and romance. Due to an unavoidable circumstance, Jo Ji-ah ends up impersonating Aji-3 as a part-time job.

I’ve become very excited for the cuteness to come. MBC drama I’m Not a Robot will begin airing next week Wednesday-Thursday, starting December 6. 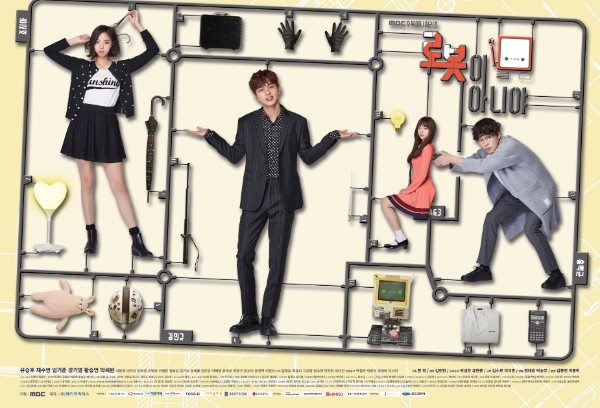 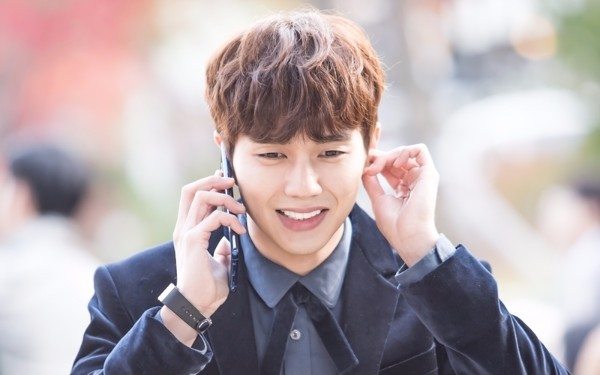 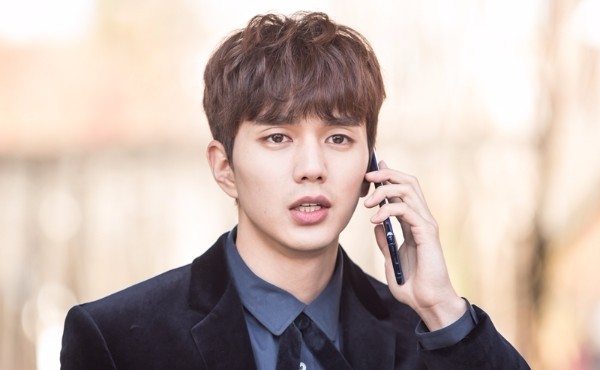 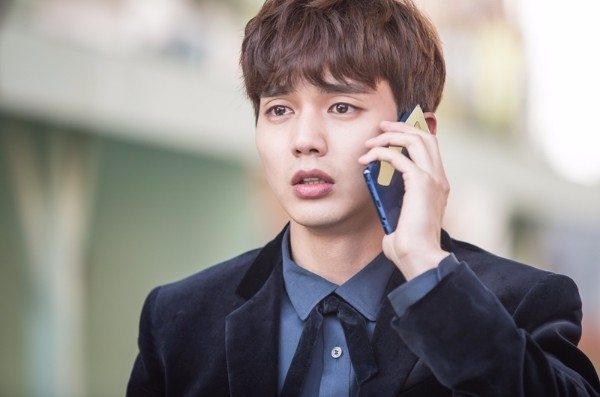 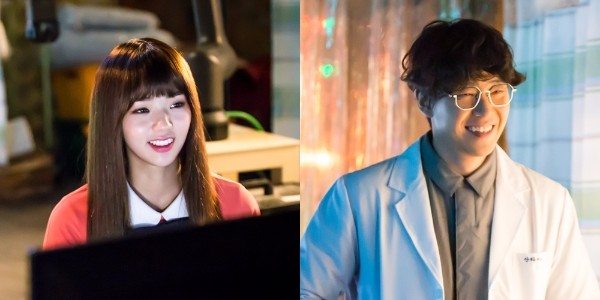 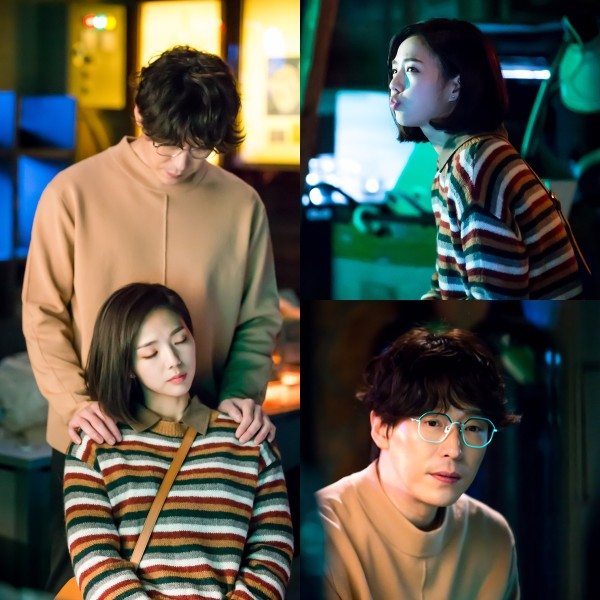 Awwww, this looks so cute! I'm glad we have a clearer description of Yoo Seung-ho's character. He's not actually allergic to people! Lol. I didn't think he would be, but I was curious as to what exactly they meant by "human allergy".

The cast is very winning so I know I'll check this one out. Hope it's good!

I've seen the longer teaser videos in the one hour special and I'm surprised he actually have allergy breakout like the normal allergic people would have. Now I have questions why he is not experiencing the same with the Jo ji ah who is a human.

Maybe our female lead is a hypoallergenic person. ;)

Because I think his allergy is stress induced or psychosomatic. He felt safe by thinking that he's interacting with a robot, not a human

This is possible - I get hives when I'm stressed, it's really annoying!

It's the first time YSH gets compliments for his leading lady and his chemistry with her from international fans. Even koala's playground comments section is filled with positive comments. I hope they'll be as cute as they're on this drama poster.

He got a lot of criticism for the lack of chemistry and not being able to romance.

Since it is a RomCom themed drama, I'm glad Yoo Seung Ho will be able to prove that he can pull of that kind of chemistry people are looking for.

That's the only wish I have too. The teasers look really good. I could already feel the chemistry between him and CSB. He's really a ball of sunshine, adorable and cute in RL. I hope to see this side of him in the drama. He should have stopped taking melo dramas offers long ago. I wish all the best for him and the cast.

sooooooooo cute!! ^__^ Finally the wait is almost over!! yaaaaaay

Maybe it's some leftover Defendant Vibes, but UKJ as CSB's ex-boyfriend creeps me out soo much. Like I thought he was around 40 like Ji Sung, so the age thing along with his previous character make all 'ew'.
And before you all judge me, remember how you reacted on IU casting for her recent drama.

I think it is a good thing that I wasn't able to check out defendant yet but after watching the behind the scenes and interview, Uhm Ki Joon gave me this cheerful vibe which appears to be youthful for me perhaps, reason why I don't mind their age gap at all despite the jokes regarding their' generation gap'. With that, I feel that UKJ is a very good actor who knows how to blend in not only into his character but with his co stars. And the fact that Chae Soo Bin is very comfortable around him is a factor as well.

To be fair, I don't think as many people care when it's an ex and thus they're not endgame anyway.

Yeah, UKJ is 18 years older than CSB which is especially large considering she's only 23.

Way more excited for this than I should be ><

Literally took one look at the second poster here and went "Awww that's cute." Hoping this one is good.

Yoo Seung Ho has such sad (like, really, really sad) eyes, even when he's smiling widely, I feel sad by just looking at him..

Be happy in this drama, boy !

I know, maybe that's why he kept getting picked to do sad dramas, that I wanted to watch but had to stop because it got too sad (*cough* War of the Son *cough*) hope I can finish watching this one!!

Yoo Seung-ho has one of the best smiles I've ever seen, so BRIGHT! And Soo-bin is a ball of sunshine as always. I really hope this show is good from start to finish because I'm in the mood for a good rom-com.

LOL at “Yoo Seung-ho plays an ultra-desirable man” when, you know, he already IS one in my humble opinion.

eeeee, looks so cute! can't wait for it to start.

Gahhhhh so excited for this! Each new poster and teaser hypes me up more and more.

so excited i can't even be coherent

Watched (well fast forwarded at least) through their 1 hour preview. They're sort of promising a fairly light, high on comedy show - which sounds pretty good. Hopefully they don't mix it up too much with darkish thriller vibes or make this an angst-fest.

"Hopefully they don't mix it up too much with darkish thriller vibes or make this an angst-fest."

You are hoping for way too much haha...

Did anybody else noticed that the robot's name sounds like it's reversed? Ji-ah and Aji !😕
Are they going to imply something by that,hmm?

yeah I noticed that too!! the way I see it, it shows Hong Baek Kyun's still existing attachment to her: he made the robot on her image and named it after her, just in reverse!!

15 Playstore, Okay Or Not Okay

canes.... *gets flashbacks of harry* O_O

Ha! I thought the same thing! 😮