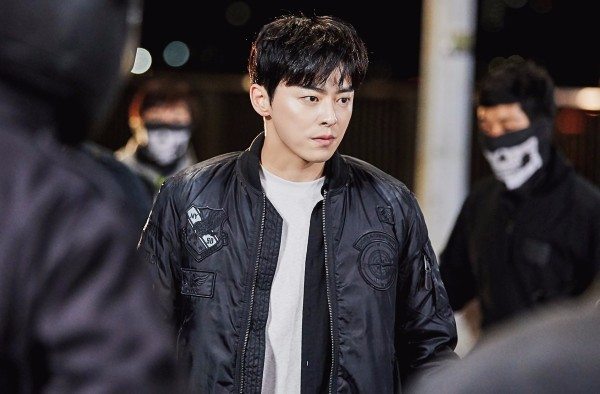 Looks like MBC’s Two Cops is shaping up nicely. In the new stills, police investigator Jo Jung-seok (Jealousy Incarnate) looks tougher than ever before, whereas the con man who will take over his body, played by Kim Sun-ho (Strongest Deliveryman), shows off his best rascal smile. This upcoming supernatural drama is about the partnership between a cop who has two souls inhabiting his body and a prickly society reporter, played by Hyeri (Entertainer).

I’m not sure how exactly the soul-switching will occur, but the setup has Jo Jung-seok playing an incredibly righteous, justice-oriented policeman in the violent crimes division. From Taekwondo to judo to boxing, he has a wide repertoire of martial arts under his belt, and has no compunction about bashing in a couple heads to catch his perp. Because of his amazing arrest rate and sixth sense when it comes to criminals, he’s known among them as the “Grim Reaper.”

One day, something goes awry, and his body gets taken over by another man’s soul. The new guy (Kim Sun-ho) is a classic con artist, with an easygoing mischievous personality and an otherworldly charm that can enchant people to do whatever he asks. A scamp inhabiting a cop’s body—the comedic possibilities are endless! And they’ll have Hyeri’s prickly character right there alongside them, following them around in hopes of catching a scoop on their latest case.

Lee Shi-un (W—Two Worlds), also captured in the stills below, plays Yong-pal, aka a surgeon who illicitly stitches up mobsters and treats others engaged in not-so-legal violent activities. But for his day job, he operates a small hostess bar. He’s the type of character who is loyal to the bone, and prizes that trait in all others. Although at the operating table he’s coldly efficient, in all other circumstances, he’s a sensitive soul who easily sheds tears and loves his parents. Because of his connections to the underground, he serves as a helpful informant to Jo Jung-seok. (LOL—Lee Shi-un becoming a playful parody of Joo-won’s Yong-pal already has got me laughing.)

Starting November 27, we have crime comedy Two Cops to look forward to on Monday-Tuesday, after 20th Century Boy and Girl ends. 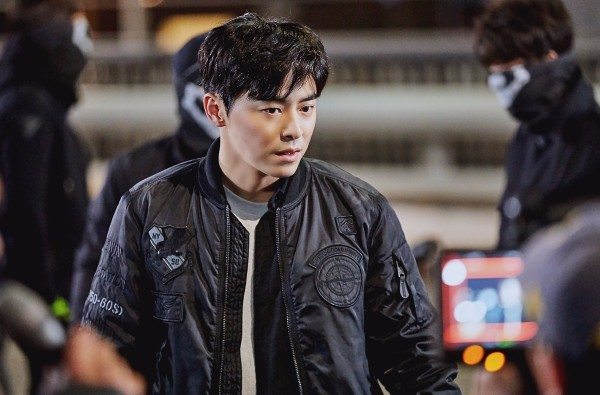 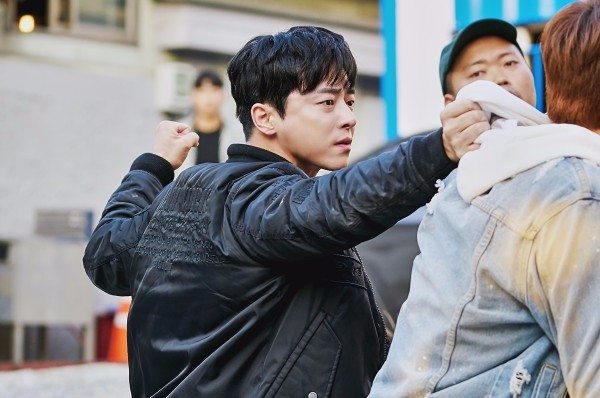 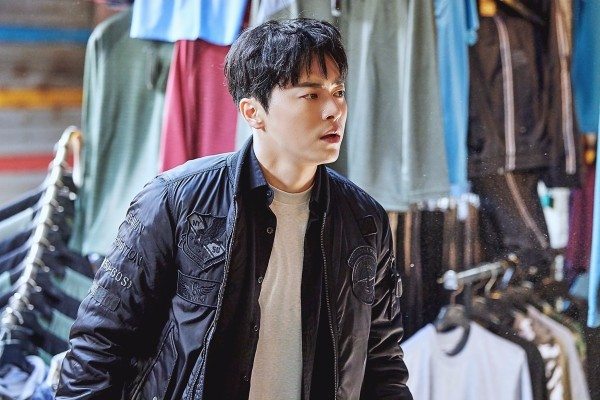 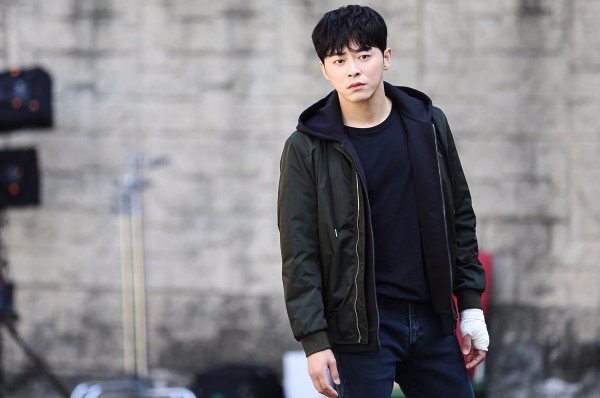 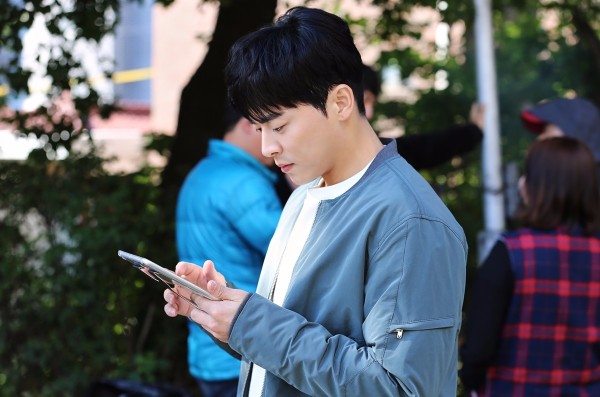 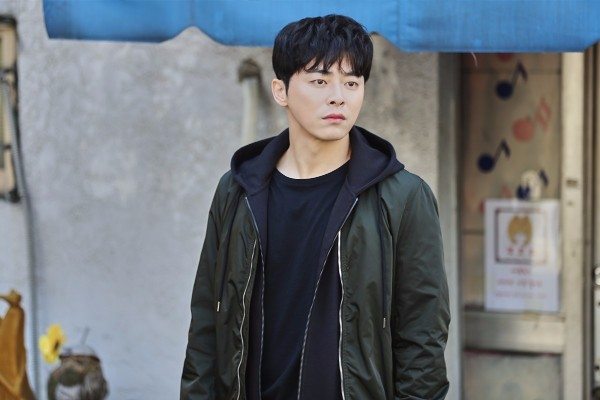 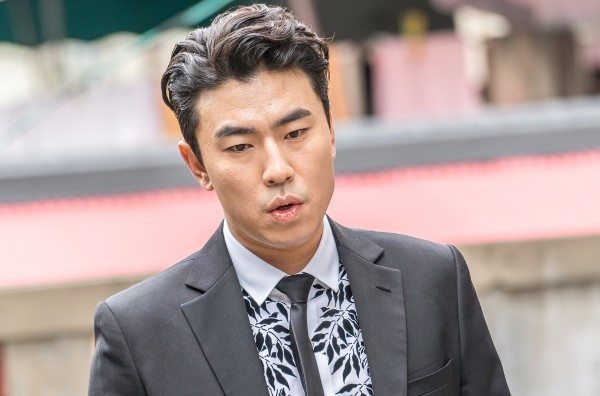 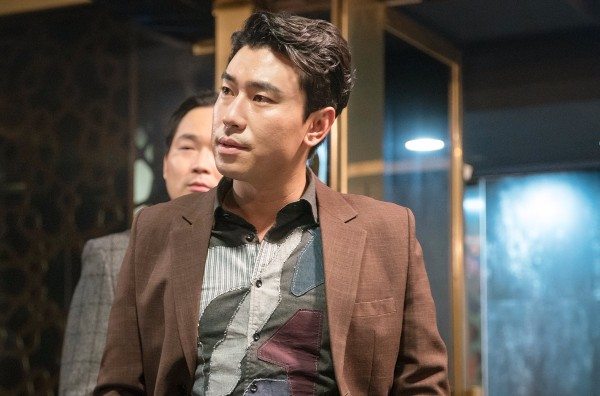 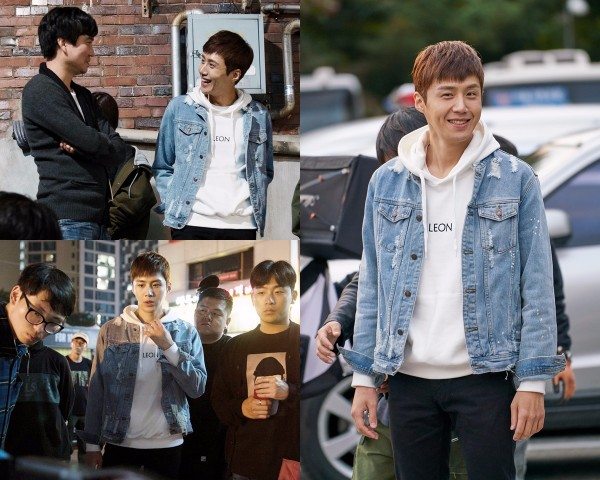 So reverse-"Oh My Ghostess" meets "W-Two Worlds" meets "Distorted/Falsify" (wanted to say "Argon", but it's too early for that T.T) meets comedic "Yong Pal" ????? XD

JJS absolutely looks stunning in those stills! And is it just me, or he's looking even more handsome than he already was?

I can't wait for it to broadcast, and it happens that the premiere is on ny mom's birthday.

I never found JJS handsome before. But yes, the moment I saw the stills I wondered why, he looked so good here. Hope Two Cops will do well, love the other two guys too.

JinGyu is coming back on screen!!! Fell in love with Kim Sun-ho through Strongest Deliveryman!

JJS and KSH together in one drama!?!?!?! YASSSS

For a minute I thought it was Kim So Hyun and I was like is she doing a cameo! Now am imaging a bickering relationship between JJS-KSH! hahaha!

This look is so good on JJS! Why has he never played a cop before?

OMG that's the cute guy from the deliveryman #littlesqueal gosh the amount of these cuties are endless and everywhere these days..

Why do I feel like it Hyeri's character fell for JJS' character due to KSH's character? And this will be like Oh My Ghost again.

Jo Jung-seok looks so fine in those jackets
& so excited about Kim Sun Ho!! So adorable there!