OCN’s villains and heroes come together in webtoon Original Sin 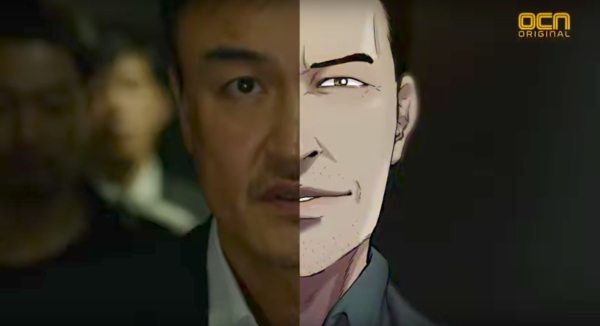 I always love it when fictional universes collide, and this newest venture from cable channel OCN kinda feels like a Suicide Squad-esque project, which has me super excited. There have been a lot of memorable villains and heroes in OCN dramas over the years, and some of them will come together in an eight-chapter webtoon called Original Sin. The chapter count seems criminally (hur) low, so I wonder what direction the webtoon will go, and how to cram in all of these characters into one narrative.

The cable channel has recruited popular webtoon artist Kang Hyung-gyu (of Save Lawrence and Wildfire) to take on the project, and his choice of characters are generally skewed towards the more recent OCN offerings. Interestingly enough, among Original Sin’s characters, Rescue Me’s Jo Sung-ha will be the only outright villain, though there’s plenty of OCN heroes with shades of dark to them. Bad Guys: City of Evil’s Park Joong-hoon and Yang Ik-joon will make an appearance, as well as Voice’s Jang Hyuk and Lee Hana, and Black’s Song Seung-heon and Go Ara. Police Unit 38’s Ma Dong-seok will also be a part of Original Sin, which makes me laugh a little, because he was such a straight-man teddy bear and I can’t wait to see his reaction to the other characters.

OCN also has a teaser out for their webtoon, and it’s pretty cool to see the cartoon counterparts to these familiar characters. The clip promises an epic clash of the “cliche-defying” villains and heroes we’ve come to know and love in OCN dramas, and if the webtoon delivers, we’ll get a “character revolution, for the the characters, and through the characters.” It’s a tall order, and I can’t wait to see whether OCN can pull off conflating all of these universes together.

Original Sin will begin its weekly run this coming Wednesday, and will go on for eight weeks. Now, who else is hoping we also get a separate drama with all of these characters together? 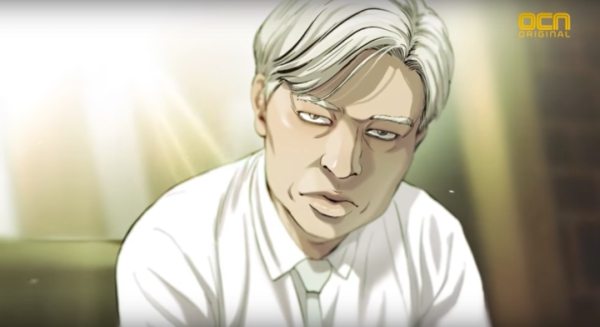 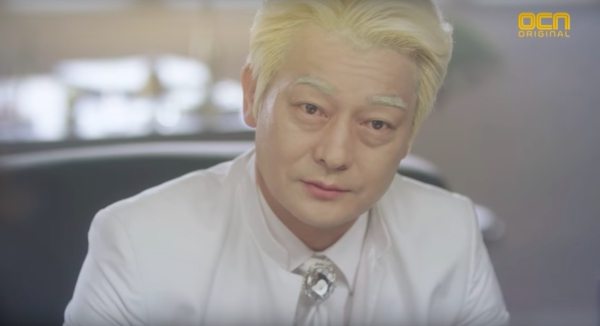 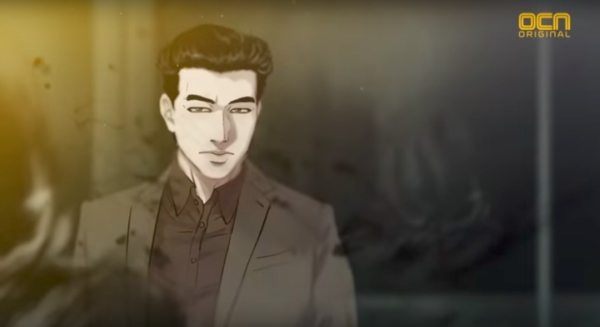 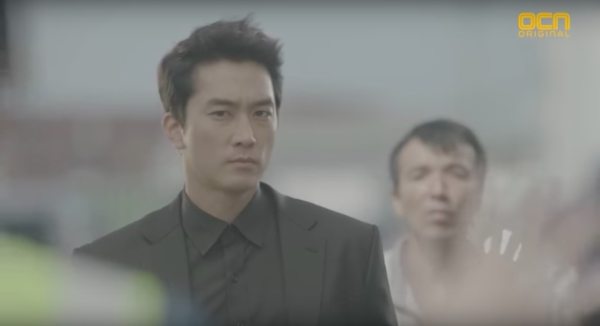 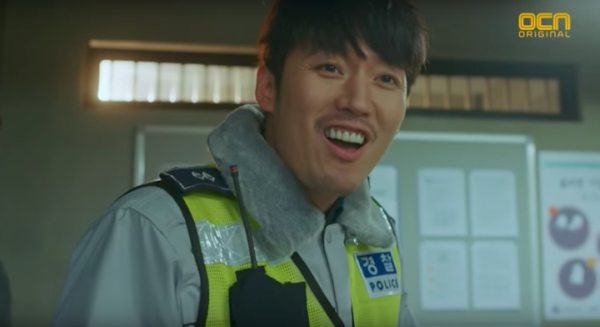 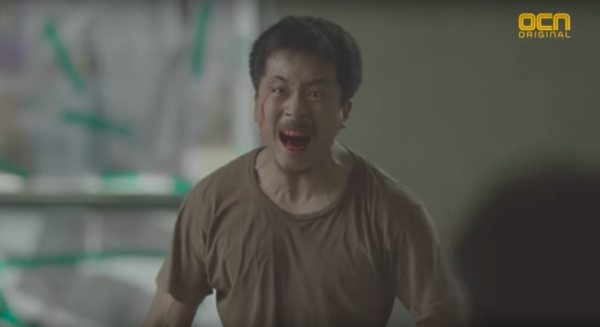 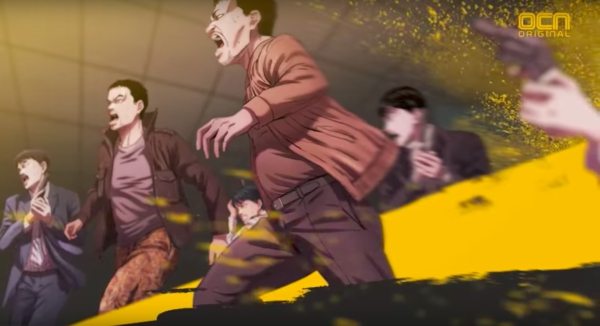 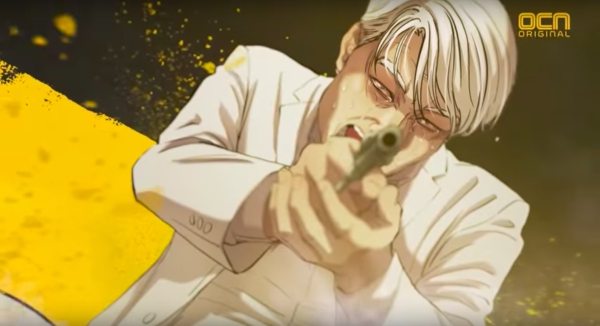 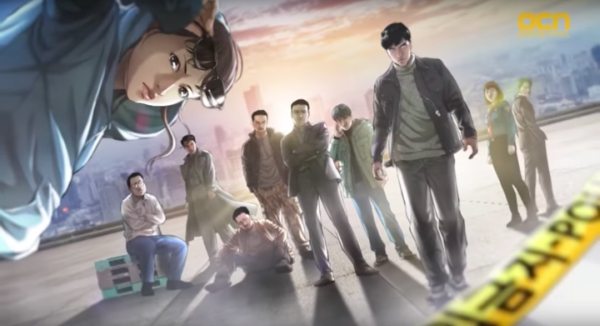 the supervillain only needs a red armchair now and it is like my fantasy...

...with a glass of red wine (matching the chair) in one hand and casually observing the carnage he has created.

Can we get a Mini-Me sidekick and white fluffy Persian cat?

But even supervillains get creaky after all their supervillaining. He could use a nice red massage chair, just like Chairman Cha of Taeyang Insurance (although his is gold). Hmmm. The Mad Dogs have a red one, and I think another one starred in BECAUSE THIS LIFE IS OUR FIRST -- it was at Se-hee's office.

Hurray to everything... but
This kind if highlights the lack of female super-villainesses in dramaland.
There are some, but not quite as evil as their male counterparts.

Sadly there is a lack of female villains AND heroes. I think out of all the men there are 2 women. Go Ara from Black and Lee Hana from Voice.

This looks intresting,was expecting to see Mo Tae Gu added as he sure was among the most memorable OCN villains(i see added a few sec of him),Bad Guys Tae Soo(Jo Dong-Hyuk) and OCN Favorite Vampire Prosecutor...

Same! I'm expecting Mo Tae Gu, but then again, 8 chapters isn't enough. Maybe a call for a season 2 for this webtoon already? Hahaha

I was hoping that somehow Prosecutor Jang Do-han from LOOKOUT could be resurrected. But then we'd probably get the sociopathic father 'n' son twofer. And Detective Su-ji could be dispatched to kick butt.

Drat! That was an MBC show.

This would be beyond awesome if they actually made this into a drama too. A crossover of several different dramas would be exciting.

Can this be a drama??? I would love to see all these characters battle it out in a good vs evil scenario. They should totally add Kim Jae Wook to the roster

Yeah he is but i guess most of us wanted to see him as cartoon and kinda confirmation being among the scariest villains OCN produced...

This sounds awesome for fans of OCN shows (of which I am one!), but I'm going to be so disappointed if that glimpse of Mo Tae-gu is only a tease because now I'm desperate to see Handsome Oppa (and his cheekbones) in cartoon form.

I hope the webtoon gets popular enough so they'll try it in drama format too.

Wow, this is a great mash-up!!

Woah, this sounds so cool! But but, will we ever get to read it in English..?

Wahhh~ this looks so cooool!

My only wish: make this into a drama... with this cast.

Man this is awesome. Just like everybody else, I would love to see this in a drama 👍