[2017 Year in Review] If underdogs ruled the world 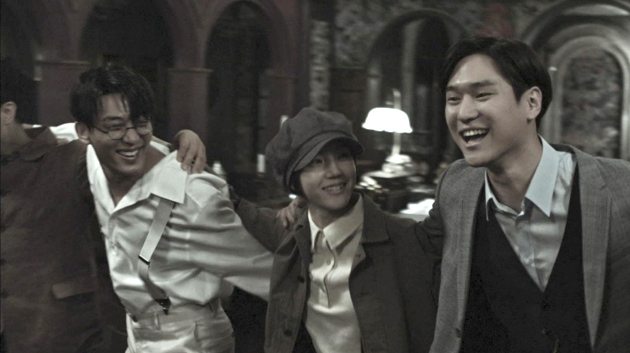 I went a little crazy with the dramas this year. As in, massive overload. As in, I’m not going to admit how many dramas I finished over the past twelve months. It was kind of a rough year on a personal level—I had a lot of health problems and some work stress, which meant I spent a lot of my free time wanting to turn off and zone out, escaping into worlds that are completely different from mine. In 2017, it seems I mostly chose to escape through K-dramas.

But maybe it wasn’t purely just needing to get away from my day-to-day worries. This year’s overarching thematic trend of “screw The Man” in dramaland slotted nicely into the aftershocks of horror that I was experiencing after the American elections devolved into a nightmare, not to mention the rest of the chaos in the international political scene.

Maybe stories in which the corrupt and powerful were repeatedly brought down by the desperate underdog helped me a heal a little. If these are the stories we’re still telling, then there’s hope for us, right? We’re not totally lost. 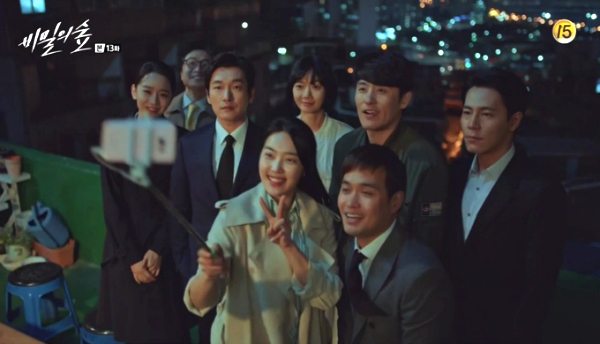 So I stuck closely to shows like Forest of Secrets, Defendant, Rebel: Thief Who Stole the People, Duel, Circle, Lookout and Chief Kim. The bigger the bad, the more I was there. Give me an emotionless, isolated prosecutor staring down the barrel of an entirely corrupt system. Or give me an amnesiac prosecutor stuck behind bars, framed by a wealthy killer. Give me a former slave leading of a band of outlaws and teaching a nation to stand up to their evil king. Clones and aliens looking to bring down the wealthy elite who played with their lives like they were puppets. Or an anarchic accountant with a knack for mayhem tearing down an embezzling chairman from behind the scenes.

Really, anything that shredded a structure I had come to distrust, but that left me on an uptick of hope. The marginalized can make their voices heard. The rotten figure on the throne can topple. There are heroes, fighting just out of sight, to uphold the beliefs that represent the best of us. The course we are on can change, and for the better. 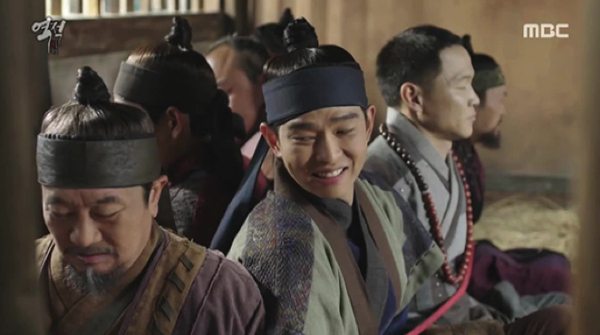 Even the more standard romance-centered dramas I gravitated to flipped off the status quo at least once or twice in their run. In Father Is Strange, it was a lazy, corruptible justice system that was ultimately responsible for the mad little family setup we all came to love so much. Chicago Typewriter took a firm stance on the concept of taking responsibility for past actions, whatever the initial intent. And then blew up some bad guys.

Woman of Dignity and Fight My Way both shook their heads at the upper social classes, arguing that a life of hard work dedicated to the things we love is far more fulfilling than some escapist wish-fulfillment that is ultimately empty (I’ve never seen a K-drama where the rich guy wasn’t the reward, but the thing to escape from so the heroine can end up with her poetry-writing lawyer or her martial arts fighting best friend before. Never). Live Up to Your Name was one long-running condemnation of the powerful, their money, and their day-to-day efforts to corrupt things that should remain incorruptible.

And now, sitting at the end of a long list of watched dramas, a year of various traumas behind me, I wonder if I—if all of us—can take what we’ve been shown and do more than just nod along. K-dramas have shown me that there are bands of underdogs everywhere, uniting and facing up to Goliath, slings wound tight for a battle in which their only victory might be that they tried.

The question is—can I be an underdog too?

The answer is—I will try, with all my heart.

Well, thank you for that. I'm sorry to hear you had a tough year personally. I think you have put into words what I have been feeling all year long with the real world and drama wise. To all the underdogs out there fighting the big bad out there (yes, you) - you've got this!

I really enjoyed that take on your year in dramas. Thank you.

Kdramas are the best escape when real life throws a fit. I hope the coming year will treat you much, much better!

Those last lines. Damn. Thank you for those words @sleepypie1212! The last quarter of this year hasn't been kind but I'm still hoping for a plot twist somewhere before the year ends or let 2018 be that year.

Let all the underdogs continue to fight. AJA!

Your year in review is concise but is making us feel the FEELS. Here's hoping that 2018 will a better year for your career and personal life @sleepypie1212 !

Wow that was beautifully written and truly full of impact.

And also true, this was the year when all the best dramas were not about rich people and even the best sageuk of the year had a hero and heroine who were not a king, prince or noble. How unusual for safeuks.

8 egads aka Dame Maggie of the Liberation Club

Well damn, you just nailed my year with your beautifully written words. And after a good cry will begin gathering together my own band of underdogs to take on the ever growing masses of corruption. Fighting!

I did not even realize I went for an underdog theme until I read this. Thank you. I am happy beyond being happy that the first review up on dramabeans goes to the underdogs, with my three top dramas in it: Chicago Typewriter, Rebel and Chief Kim. :)

(Though not trying to take down the system, I'd add The King Loves to the list of underdogs... Won was a a half-breed.)

I loved the prevalent theme in K-dramaland this year too.Thank you for such a short but nice write-up.

Wow this was inspired...I think I watched the wrong dramas this year as I didn't watch any of the ones you mentioned. I have a few of these on my watch list so can't wait to get around to watching :D

This was such a beautiful post: thank you and all the best!!! 😘😘😘

Strikes right through you...thank you for sharing this and *hugs*

Lovely post, and as a fellow American, I know exactly what you mean about the need for stories where the underdogs win. Forest of Secrets and Chicago Typewriter were my go-to shows this year, although they both hit a little closer to home than I would have liked them to.

I swear I am cutting an onion *sobs*. Your take on K-dramas in 2017 was spot on @sleepypie1212, especially in light of the [real] world and global realities we face today. I am sorry you had a rough 2017, and I pray 2018 is a glorious year for you. Keep fighting! Keep inspiring!

This is really touching. I enjoyed reading your take on 2017 dramas. I hope the new year will be better for you and you'll be a step closer to being an underdog.

I really really like your article @sleepypie1212. Kudos to you! Such a well written piece for the Theme of the Month. Fight on! Dont stop!

I have watched and loved some of the dramas you mentioned. 😊

While I missed out on a lot of dramas this year, I must say that simple storylines really dominated this year. Many dramas weren't rating juggernauts compared to last year, but what I appreciated is that, amid the prosecutors and doctors, you have a lot of middle class and white-collar-but-not-chaebol characters, which I actually liked. I also liked that the simple albeit mostly unappreciated slice-of-life dramas made it to mainstream networks.

Yes, underdog stories have their own shining moments. They don't have to wear military suits or long trenchcoats with black fedoras for their stories to be told.

Wow....
I read this because of the Chicago typewriter picture and I've loved it!
Beautifully written and described. I got goosebumps after the fourth paragraph.
I watch kdramas with the intent to have left learning something at the end (except when I focus on romance for the kiss scenes *grin) and I'm glad someone got the same feelings I did from the dramas I watched from the list.
Now I really really want to watch defendant and fight my way from your description. Well done writing

dear @sleepypie1212:
cheers to 2017 being almost over, bad and good. and here's to hoping that 2018 brings more good than bad.
ah, and to more great KDramas!

Wow, what a wonderful and touching review of those dramas we came to love this year. Thankyou @sleepypie1212!

Forest of Secrets is the best drama this year, or ever, for me. No contest.

I plan to rewatch Forect of Secrets during the Christmas break, I loved it so much!

@sleepypie1212 Thanks for drawing out this powerful thread running through many of my favourite dramas of 2017. People working together against corruption and for justice can, have and will continue to succeed at least some of the time. Fighting!

"I’ve never seen a K-drama where the rich guy wasn’t the reward, but the thing to escape from so the heroine can end up with her poetry-writing lawyer or her martial arts fighting best friend before. Never." oh man you're in for a treat with Fantastic (2016)!
I'm all for dramas where you can hear the people sing, singing a song of angry men (and women!) that will not be slaves again, but my black horse in this race, Revolutionary Love, disappointed me at every turn :(

Too much disappointment for Revolutionary Love. Even Kang Sora cannot make continue the drama.

Thanks for the review! I'm glad that kdramas were able to help you through a tough year! I truly hope next year is much better for you! :)

What's up, its nice piece off writfing about media print, we all
be aware of media is a fantasstic siurce of information.

Thank you,@sleepypie1212. Like for many people in the comments, this post really resonated with me. While I was fortunate enough to not have any serious health problems, the last year and a half has been tough and just full of dread about so many things. I watched a ton of dramas between 2005-2009 - mostly of the rom-com variety. Then after that, I would watch only a few korean dramas a year. For the past year, I've been watching a heck ton of k-dramas (about 20 if you include the few where I gave up near the end) - many of them focused on underdogs and the abuse of authority/power (though, admittedly, that is like most kdramas).

I so relate with this article so much. I too used dramas moreso this year than any other. 😅

And also, I think I've found my favorite drama trope, and that is seeing underdogs triumph. 💪👍

The question is - Can I be an underdog too?

The answer is - I will try with all my heart