[2017 Year in Review] If you have friends, you have family 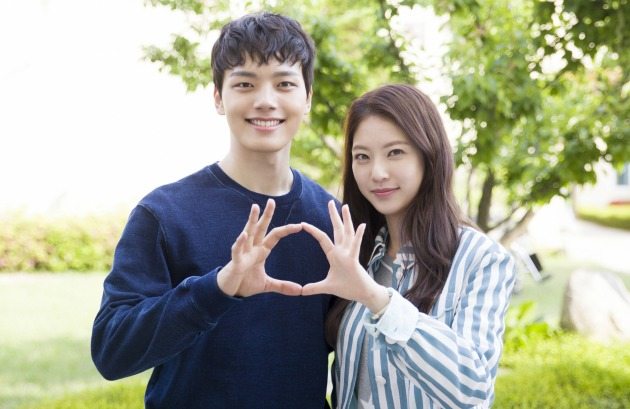 One of the things I really enjoyed about Chief Kim was the ragtag bunch of misfits trope the drama utilized so well. TQ Corp’s glossy façade hid a multitude of sins, but among all this rottenness, there was still the sore thumb that stuck out, the Business Operations team. And even though they always got the short end of the stick, they never forgot who they were. They stuck together, they defended each other, and once they adopted you, you went from having no one to suddenly having a bunch of people who love and care for you just the way you are. 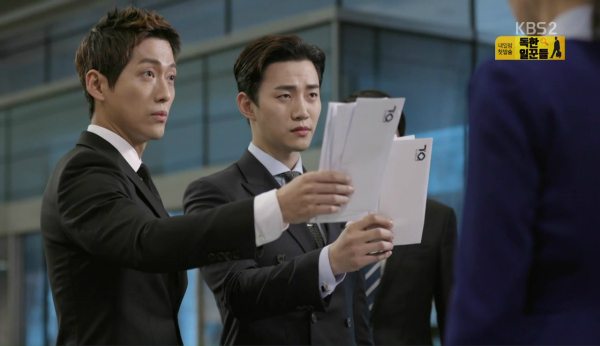 Then there’s Circle. I came for alien shenanigans and stayed for the relationships. Even when I didn’t get my alien shenanigans, I couldn’t be mad at Circle because it absolutely nailed what it means to be a family, whether it’s a real family or a found one.

Like everyone who watched Circle, I too was swept up in Woo-jin’s desperation to find his brother and keep him by his side. His anguish at not finding his hyung was so palpable that it moved me to tears more than once. If this had been the only thing Circle gave me, I would have been content. Instead, they went one step further and gave me one of my favorite potential ships in Woo-jin and Jung-yeon. Both of them took enormous chances on each other, which is especially brave considering the fact that they lived in a world where the number of people you could trust could be counted on one hand.

In 2017, Woo-jin chose to keep the people he loved safe at great cost to himself. He knew that if Human B got their grubby hands on Jung-yeon, she would become a guinea pig, and he’d rather lose his own life than have her suffer that fate. In 2037, Jung-yeon was willing to bring an entire dystopian system crashing down if it meant finding Woo-jin again, because of all the people she’d met on earth, he was the one person who saw her as another person, not as a lab specimen. They don’t make relationships like this anymore. They just don’t. 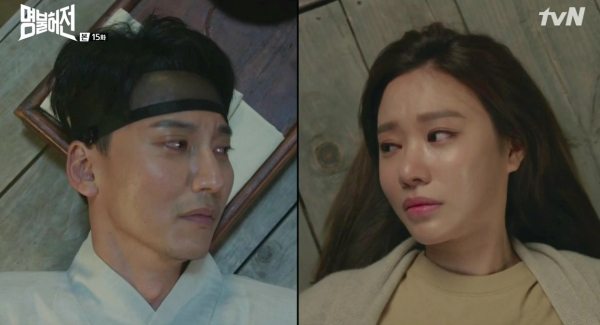 In Live Up to Your Name, aka the drama where I cried every episode, Joseon had done such a number on Heo Im that he didn’t remember what it felt like to have a human connection free of greed or artifice. I don’t blame Heo Im for becoming what he did because what he had to endure was horrific. But it did make his gradual change all the more meaningful.

He was even able to find a mother again, thanks to Yeon-kyung’s grandpa, who taught Heo Im that in order to be a good healer, you have to not only understand your patients, but empathize with them and see them as people deserving of care. Heo Im had known this all along. He just needed to be reminded of it.

When he chose to go back to Joseon despite having Yeon-kyung and happiness in the present, it’s because he realized the value of what he left behind. Not only did he have a duty to the people of Joseon, he also had Mak-gae and Yeon-yi waiting for him. They are his family and they need him. Though it broke my heart to see him go back, it was also deeply satisfying to see Heo Im becoming the man Heo Jun always envisioned he’d be. Not just a great healer, but also a good person. 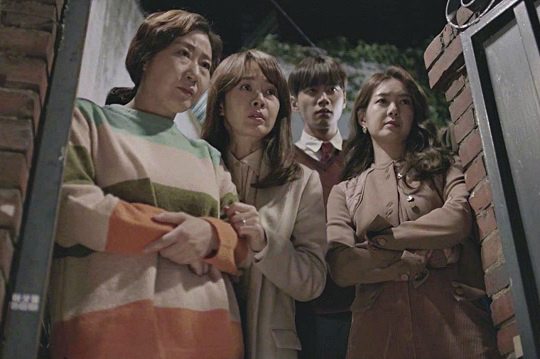 Buam-dong Revenge Club lured me in with revenge, but gave me friendship instead. Though they come together for revenge, what I loved most about the revenge squad was them healing each other with the power of friendship. When Jung-hye stood up for Soo-gyum at various turns and made deals to stop him from being used as a pawn, I cheered. When Soo-gyum encouraged Jung-hye to be her own person, I cheered. When the others helped Mi-sook at her mother-in-law’s funeral and rebuilt her self-esteem piece by piece, I cheered. When the others helped Do-hee and her kids and became her newfound support system, I cheered. What hurt them most was not having anyone in their corner, but then they found each other.

In conclusion, every time these characters came together and made a friendship-shaped space on my screen, I cheered.

Great article! Family/friendships is one of my favorite themes as well. I love when a group of unlikely people come together and become friends.

None of these except Live Up to Your Name had a romance in them, but they were still my favorites. Just goes to show, you don't always have to shoehorn a romance in there.

While I didn't see the dramas you mentioned, I did watch Seven Day Queen this year and it wasn't the romance that broke my heart and made me bawl like a baby as much as it was the friendship/family relationships. I recommend watching that one for some solid friendship and family portrayals.

I’ve only seen Circle and I absolutely love your take on it. I loved they loyalty that Woojin and Jungyeon had for one another and how they also gave courage to allow the other to live the identity that they wanted and needed.

And I would also add up Park Minyoung and Kim Bumgyun as they are two strangers who seeked for people to believe and them and nobody took them seriously until they found one another.

Thanks for this write up! Have a happy new year~

Well said, @pipette! Like you, I signed up for revenge when I started watching Buam-dong Revenge Club and ended up loving family-by-choice they became. I love Live Up To Your Name beyond words in part because of the value the show placed on trust and friendship.

I've seen a bit of Beanie buzz about Chief Kim but yours is the first to mention the family of misfits motif. I'm adding it to my winter list!

Beautiful piece. I admire your ability to view the drams that transcended what the shows intended to highlight. Yep, it's family.

This year, like you, I also realised I love family/friendship themed dramas, especially family like friendship dramas ❤️
I love how despite their differences they could turn to each other for help and got each other backs. That's what real family is like. I love how we could really care about the characters and their relationship and not feeling like we are just watching a drama on screen.
I also got new great friends from watching dramas, especially from the dramas that you mentioned above (and that includes you @pipette!! ❤️)
These characters gave me warm feelings in between all the angst of life. Thank you for the beautiful piece!

Thanks @pipette for this. Buamdong Revenge Club was the first drama I thought about when I read the title so I am glad that you mentionned it. Yes to everything you said.😉

I am always grateful when I see positive reviews on Chief Kim (one of my fav this year) so thank you once again.

And I would also add Go Back Spouses to the list. I didn't watch it but just reading recaps almost made me tear up.